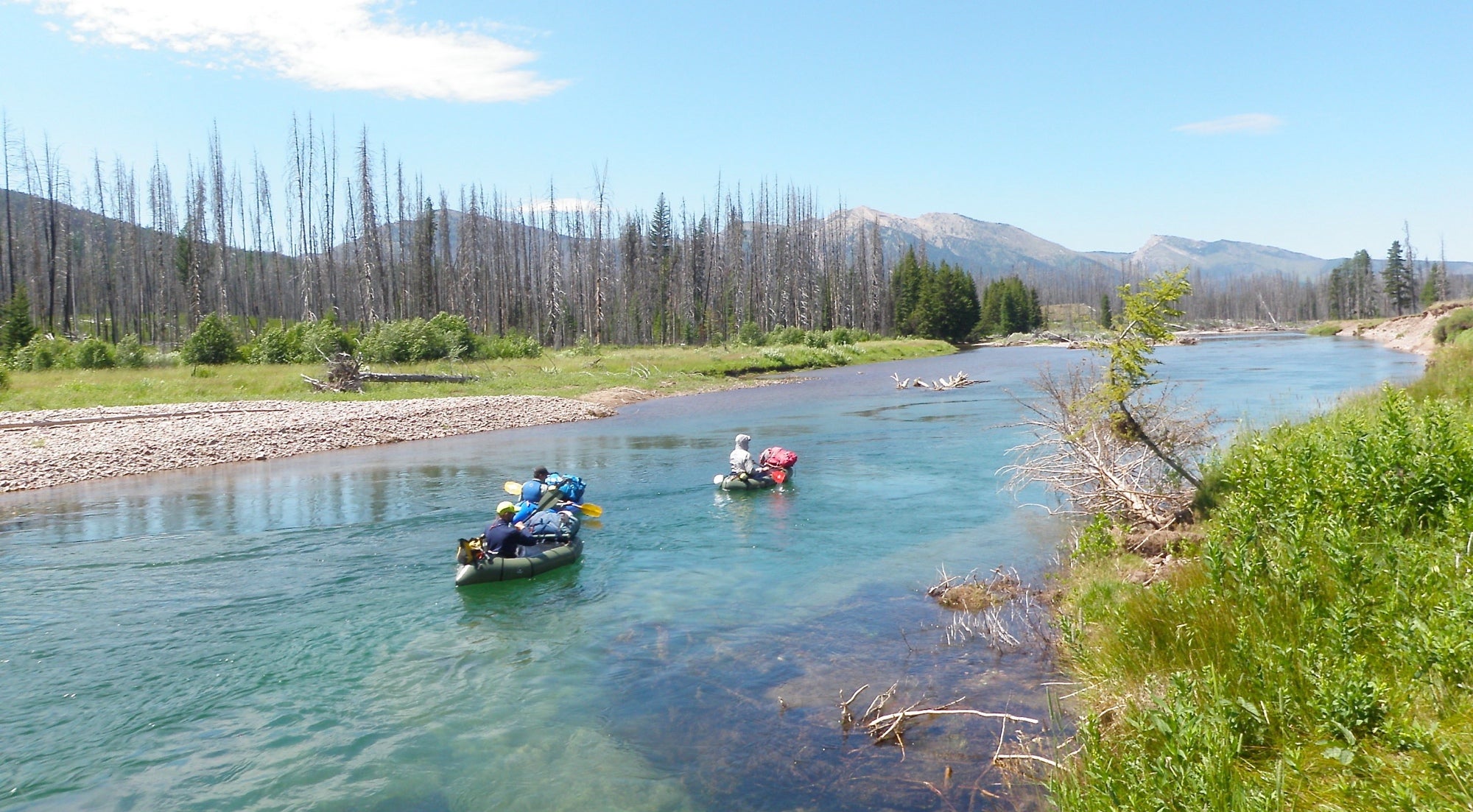 No other activity requires such complete immersion into your immediate environment than fly fishing. Walking softly up to and within the river, seeing what direction the sun is coming from and where your shadow falls ... noticing what the breeze is doing to your back cast. And most importantly: Where are those dang fish? Putting all this together, without stumbling into the river in a flailing soaked heap, is a challenge in both the deepest mental and physical sense. It’s like hunting without the rifle—interacting deeply with nature. And fishing from a self-propelled watercraft is even better.

Sure, visions of your grandpa’s old aluminum bass boat may come to mind, but there’s nothing stopping you from fishing from a ducky, whitewater raft, sea kayak, pack raft—or even a SUP. Whitewater dories—maybe the singularly sexiest fishing boat ever designed—are perfect when the waters run deep. The ability to drift a fly a hundred yards along the shore is something that few wading anglers can pull off without risking a cold dunk.

As summer sees the snowmelt up high beginning its slide toward the sea, getting out on the water looks better and better each day. I start to dream of big sunshine, cool breezes, and flitting sparkles of trout food flying through the air. If you’re dreaming of fly fishing too, here are three of my favorite rivers that are perfect for both paddling and fishing. 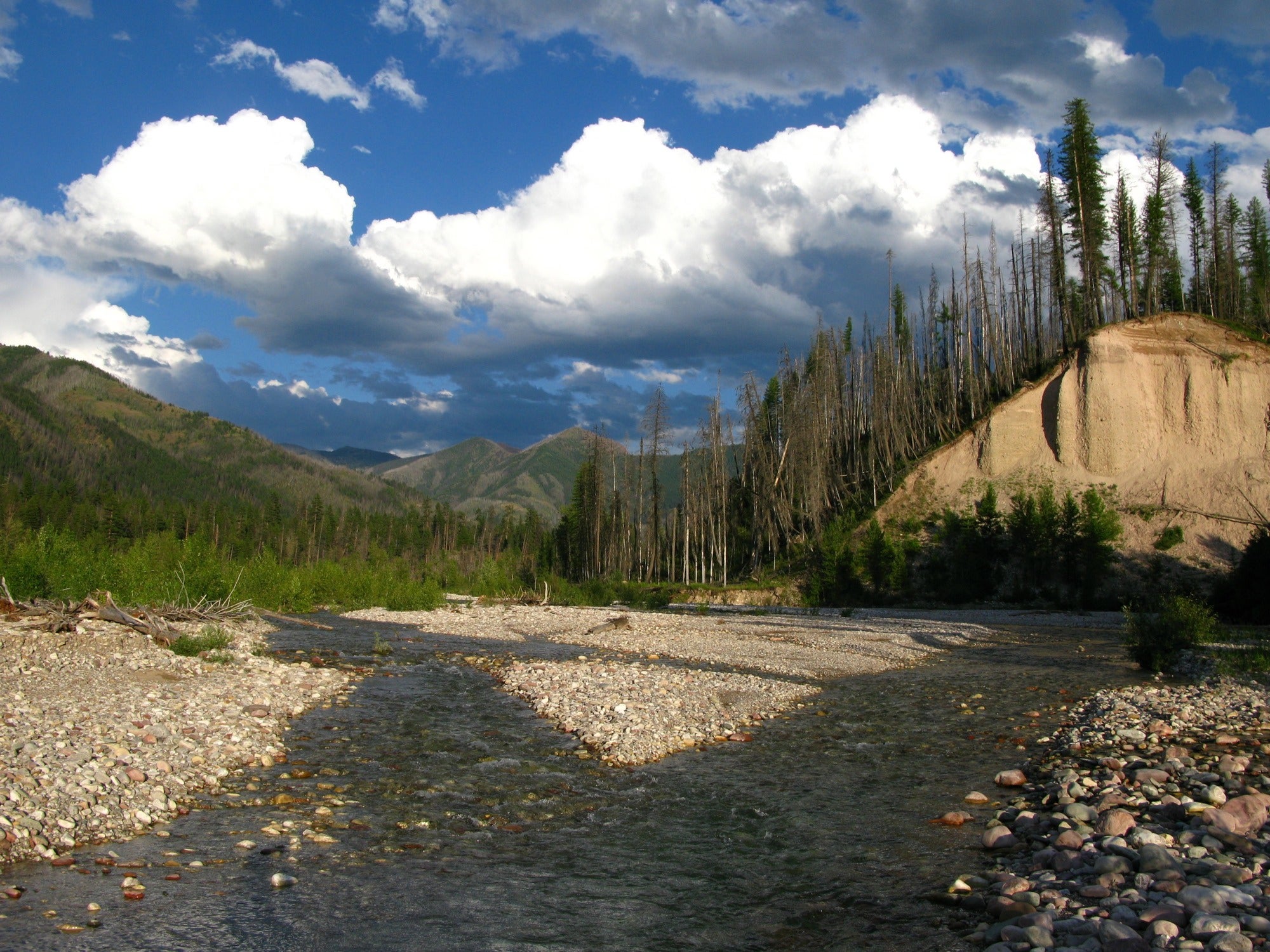 South Fork of the Flathead River

It’s tough to think about casting from a craft without visions of Montana: wide open spaces, dramatic mountain ranges and big skies paint the scene while healthy native trout populations provide major allure. On the South Fork of the Flathead River, these visions all collide in an epic adventure of the rawest kind. Tumbling out of the largest chunk of wild land in the Lower 48, the Bob Marshall Wilderness, the South Fork is one of Montana’s four Wild & Scenic rivers, ensuring a pristine, natural setting for generations to come. But this 50-mile float is also remote and lonely, and provides a connection to one of the best remaining native bull and cutthroat trout fisheries in the state. Not to mention wolves, elk and grizzly bears that may be peeping on you from shore. Whether hiking in on foot or horsepacking to the river, exploring the South Fork is an adventure that will be hard to forget.

If you go: Grab a Bob Marshall Wilderness map. A backcountry permit from the US Forest Service is required, but easy to get. A number of outfitters guide in the area, both from a hike-and-float and horsepacking approach. 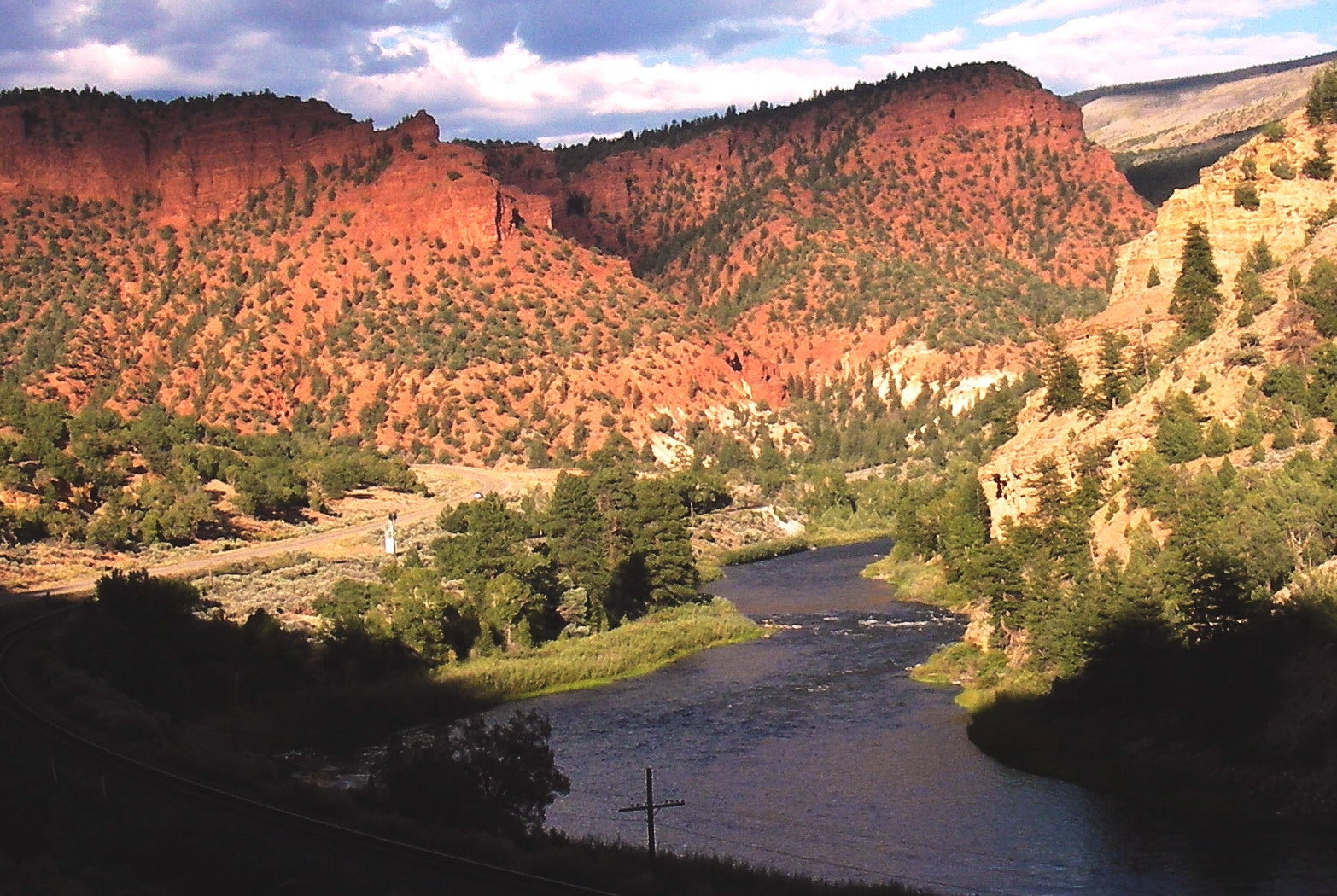 Here in Colorado, my favorite float is also one of the most overlooked by the masses. A lonely stretch of the Upper Colorado River, from the tiny hamlet of Bond toward Dotsero, is an old-fashioned float-and-fish mecca. This 13-mile run only sees a few anglers per day, and the healthy browns and rainbows lurking in the eddies and undercut banks let you know when the fight is on. Mostly flat water, this section boasts only two rapids of any consequence: Rodeo and Pinball. The latter requires a right-to-left cross-river traverse to miss the hulking bridge abutment in the center of a tight corner. Aside from that, this stretch features some of the most amazing scenery found in the upper reaches of the mighty Grand. You’ll see fossilized animal tracks that predate the T-Rex, as well as the Denver-to-Salt Lake Amtrak line that, if timed just right, will glide overhead as you show off your best Brad Pitt imitation.

If you go: The best way to hit the river the first time is with Jack Bombardier of Confluence Casting. Jack lives literally on the banks of the river, and is one of the most enthusiastic and whip-smart guides I have ever fished with. He is one of those people who visited Colorado from Massachusetts a couple of decades ago and never went back. This river runs through his veins as much as through is backyard. 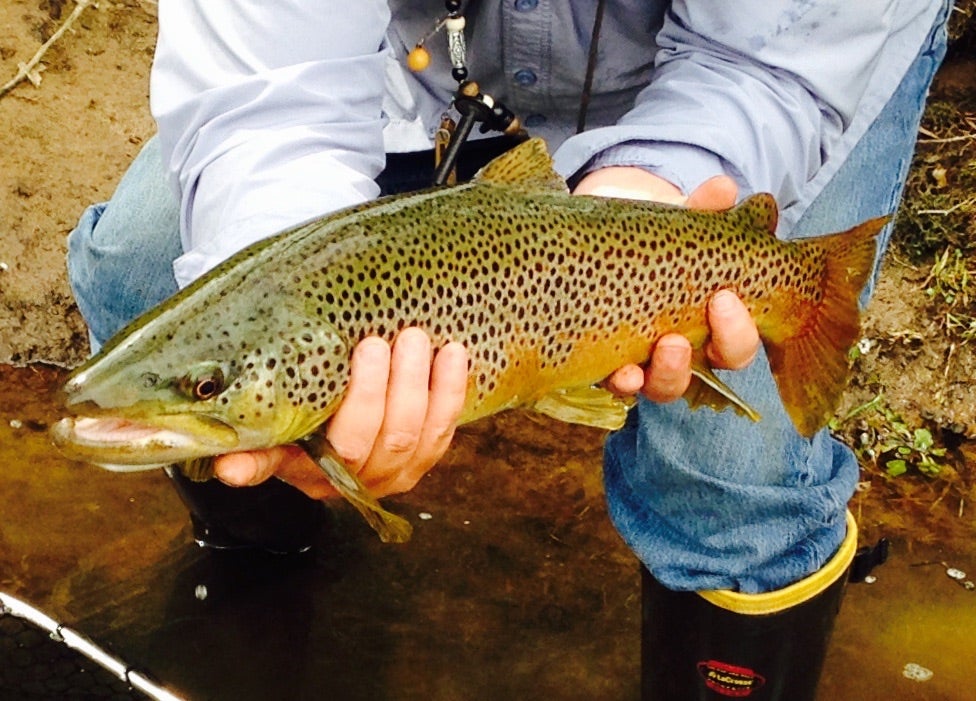 For those in the south, you are far from left out of the fun. The Lower Saluda River (meaning the Corn River in Cherokee dialect), is just a double haul from downtown Columbia, S.C. Keep your eyes sharp and rods bent on this 10-mile run, and you’ll find fat rainbows and brown trout (some in the five- to seven-pound range), as well as striped bass that run upstream in late spring and hold through the summer. The stretch from the Radio Towers put-in downstream through the Islands Complex and on to the confluence with the Broad River is the Big Fish Zone for trout and stripers, and features classically beautiful Spanish moss-draped trees.

If you go: From Radio Towers to the West Columbia Greenway take-out is by paddle only—kayak or duckie is the way to go since the boats must be lifted over a barrier at the put-in that keeps larger (and noisier) boats elsewhere. If summer is your time, look for the black and silver streaks of the stripers making their ways toward the Lake Murray Dam. Hooking up on one of those is a thrill you won’t forget!