4 Tips For Your Best Backpacking Trip Yet

Have you ever gazed transfixed on a distant ridgeline, curiosity welling within you but not enough daylight hours to get there? A backpacking trip—even for a single night—opens vast opportunities for exclusive views and solitude beyond what you can reach in one day. Becca Cahall logs countless days of backpacking—and tells stories about it as producer and managing editor for Duct Tape Then Beer, producers of The Dirtbag Diaries. We asked Becca what draws her continually to backpacking—and it got us dusting off our packs.

Becca loves the adventure of trad climbing and mountain biking, but she welcomes the slower pace of backpacking, too. “It’s how you get to go see what’s over that ridge because you didn’t have time during the day,” she says. “You can see a place at morning and at sunset, and get a fuller picture of it.” Since the birth of her son Teplin in 2011, it’s become a special way to introduce him to nature. 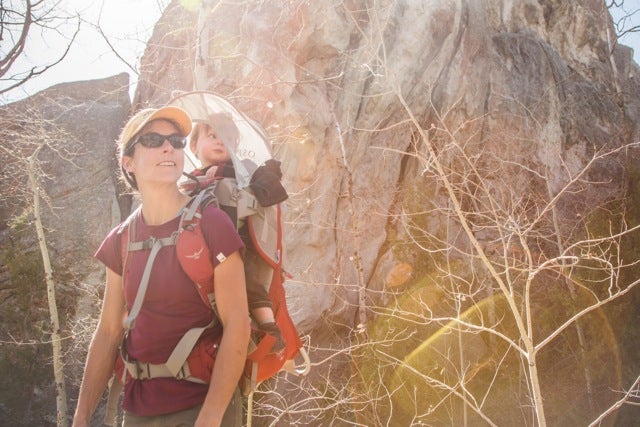 Here are Becca’s four tips for making the most of even one night out under the stars:

Embrace the pace.
“I’ve had to learn it will take you longer than you think—but that’s the point,” Becca says. “If you really want to do it in a day, you probably could, but that’s not the point.” The slower pace keeps you focused simply on the trail—as opposed to looking ahead at climbing objectives or flying over the path on a bike—and gives you a chance to notice the little things like blooming flowers or a lizard dashing across the trail, she says. “It’s a fuller experience out in the wilderness.” 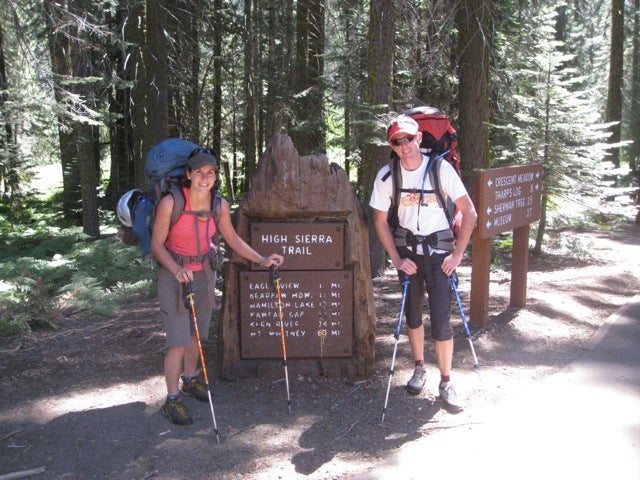 Allow your senses to heighten.
On her first backpacking trip, Becca’s friend baked bread in the backcountry, building a fire in a rock oven. “It was the best bread I’d ever had,” she says. Why does food always taste better when you’re out backpacking? “Your senses are less dulled,” she explains. “You’re not looking at your phone or being distracted. Your other senses start taking over—touch, smell, hearing, taste.”

Bring less than you think you need.
Think you need all the latest gear before you hit the trail? Think again. “I’m all about just going for it, with whatever you have,” Becca says. “Tennis shoes are better than a new pair of hiking boots.” The one thing to make sure to get right is a pack that fits well, she says. “Whether you’re carrying 30 pounds or 50, if it fits wrong, it wears on you faster.” 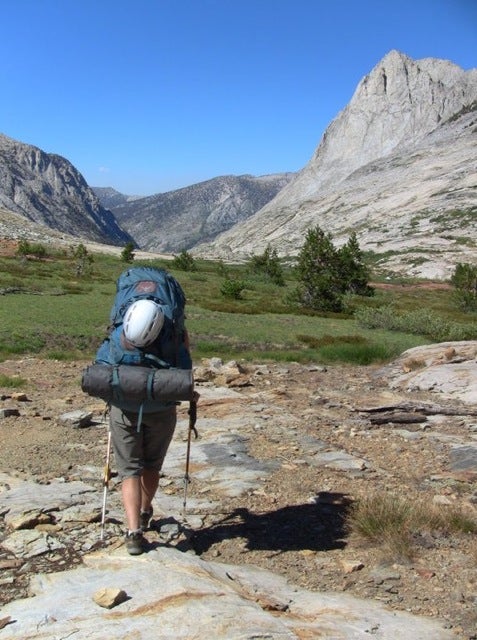 Don’t be afraid to bring the family.
Becca tells the story of hiking along a trail in a climbing pack, feeling like her pack was huge until they came across a family of five. “The dad had this ginormous pack,” she says. “People had said OUR packs were huge. But he said it was totally worth it: ‘The kids are just different out here—I mean, we’re different out here, too.’ ”

For Becca and her husband Fitz Cahall, backpacking has been an important way to help Teplin connect intimately with nature. “He can just sit and check out bugs and pine cones, and whatever he’s interested in at that age. He loves flowers, picking them, giving them to mama. He wants to be in nature.”