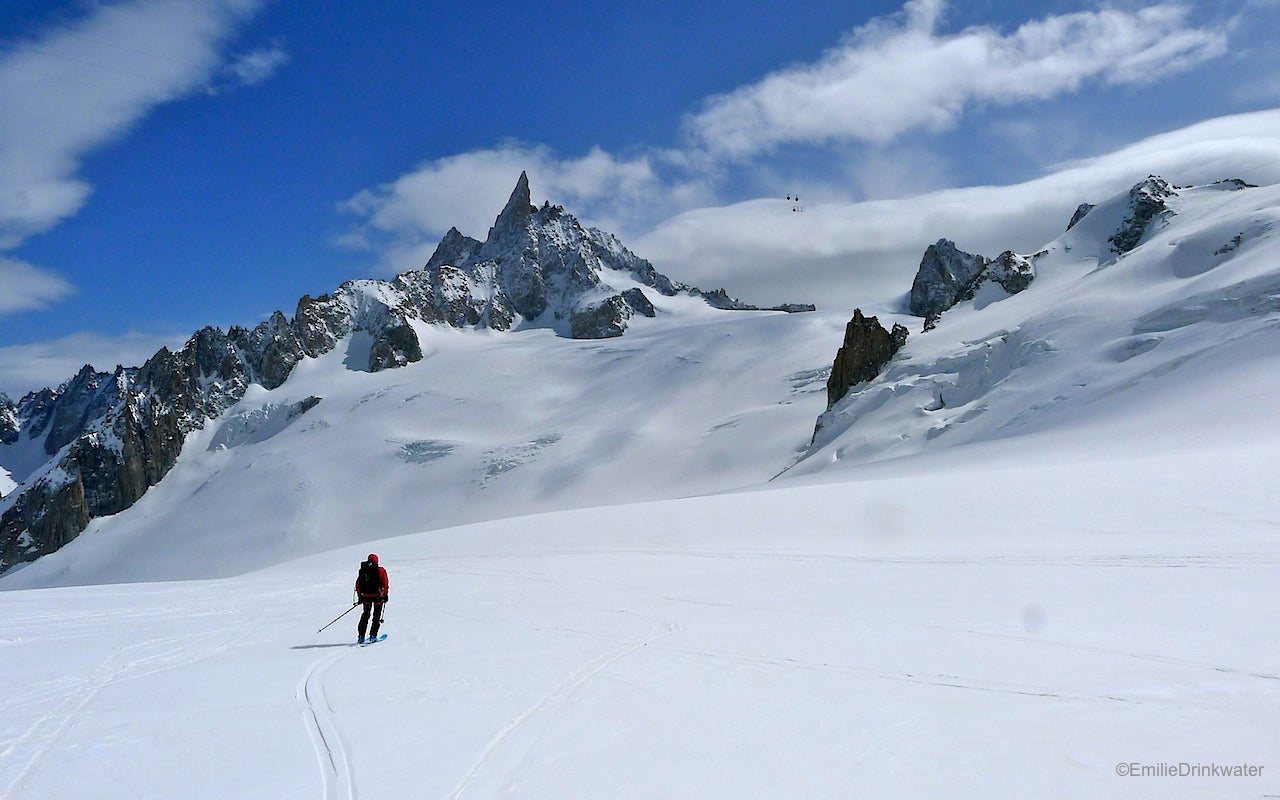 Shortly after I signed myself up for a month of skiing in Chamonix, France, the anxiety dreams began. Usually they were about falling and sliding, but sometimes they involved bizarre and complex scenarios in which I'd inadvertently skied to the edge of a 200-meter overhanging serac and then realized I hadn't brought crampons or skins with me so had no way to climb back out. And I was alone. And it was getting dark.

In the months leading up to this trip, I questioned my decision to spend any time at all in a destination so well known not just for extreme skiing but extreme sports in general. I even bought trip insurance—something I never do—because I was convinced I'd hurt myself trying to be extreme. Self-doubt consumed me and I obsessed about not being good enough, strong enough, or bold enough. But this same fear also drove me to show up prepared; I spent months studying maps and guidebooks, pestering knowledgeable friends for beta, and throwing myself down steep ski descents whenever possible. So when this trip finally came to fruition, I was surprised to discover that, while there are plenty of ways to scare yourself, not all of Chamonix is extreme!  In fact, there are lots of moderate, not-too-terrifying objectives, many right off the accessible Aiguille du Midi, which sits in the shadow of the prominent and popular, Mont Blanc.

Ranked as Trip Advisor's #1 Thing to do in Chamonix, the Aiguille du Midi is a launching ground for some of the best skiing and climbing in the Alps. The cable car by the same name will whisk you from the shops and bakeries of downtown Chamonix right into the high alpine a mere 20 minutes and 9,000 feet later, no slogging required. So if you're headed to Chamonix and don't want to spend months stressing about proper objectives or how extreme you may or may not be, here are a few simple suggestions on some not-to-be-missed classics.

Of course, the suggestions below do require various different mountain skills, including but not limited to: glacier travel, skiing variable snow conditions, rappelling, navigation and efficient movement in the high mountains. Unless you're super dialed (or hoping to have an epic), it is highly recommended you hire a mountain guide. You can find ample beta, maps and information on the suggested routes in guidebooks and online, just start surfing around.