5 Lessons On "Momming" From An IFMGA Guide 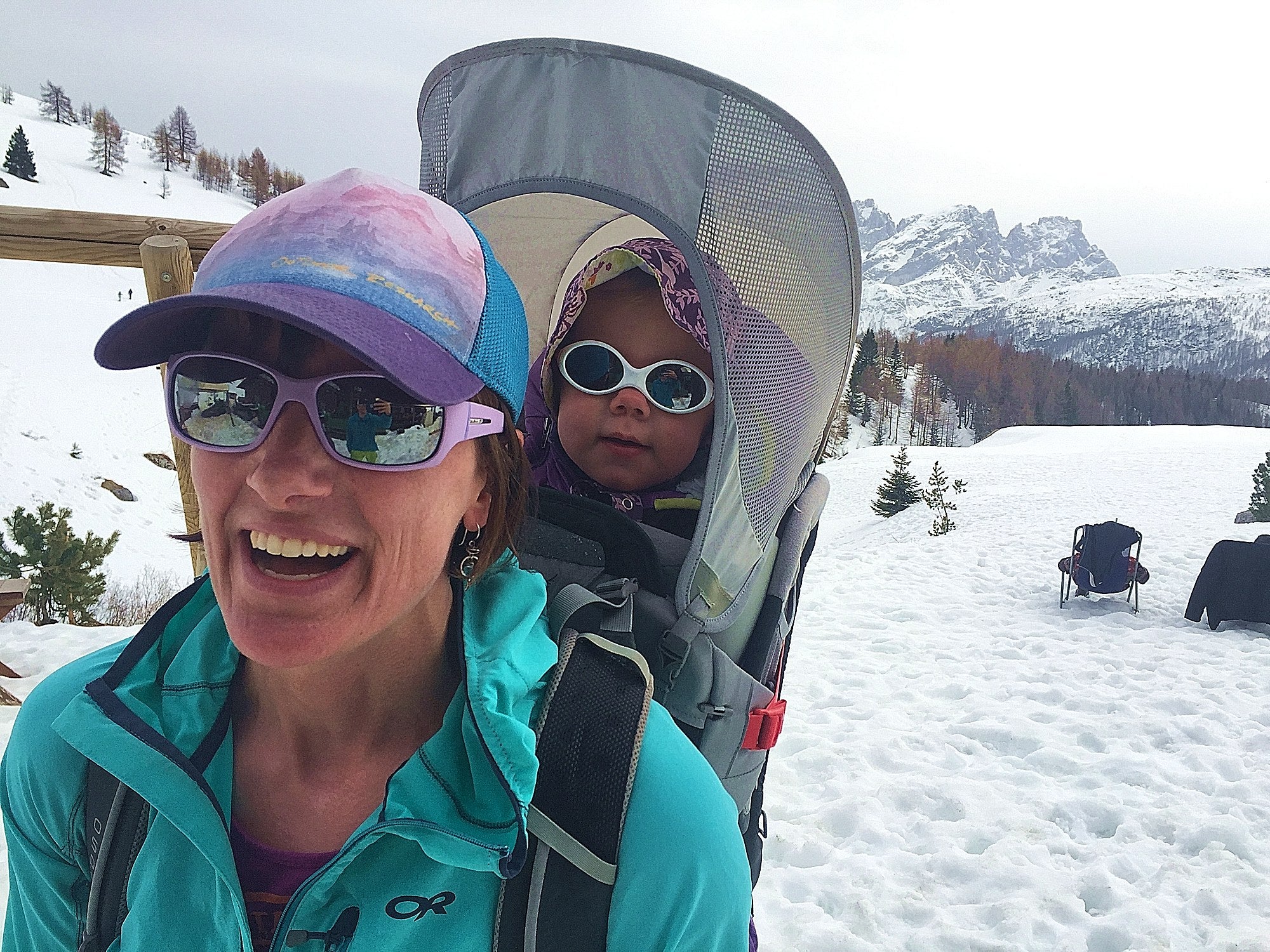 Margaret Wheeler has known for a long time that she wants her life to revolve around the mountains. A life that revolves around a child, too, is a little bit newer idea. "I have friends who knew from the get-go that they wanted to have a family," she says. "I didn’t really see it happening." But a funnny thing happened a few years ago: She was bouldering with friends near a lake in Washington when she heard cries coming from the lake, where people were swimming. Something in the tone of the voice struck her—and she turned to see two children, probably about 50 yards away, who'd drifted too far out into the lake and were panicking because they couldn't touch the bottom or swim. Wheeler charged, and got to them just in time. As they clung to her, she had her first thought of, Huh, maybe I could be a mom.

Now she and her husband have made room in their life of mountain guiding for a daughter. Wheeler—the second woman in the United States to complete her full AMGA/IFMGA guide certification—hasn't been one to pay much attention to so-called limitations in life. But being a mom and a guide has thrown new challenges her way.  And by rising to those challenges, she's become an example for other women who dream of marrying their big mountain dreams with their family lives. We chatted with Wheeler about what's hard—and what's awesome—about working as a mountain guide while raising a baby. Here are are a few things she's learned so far. 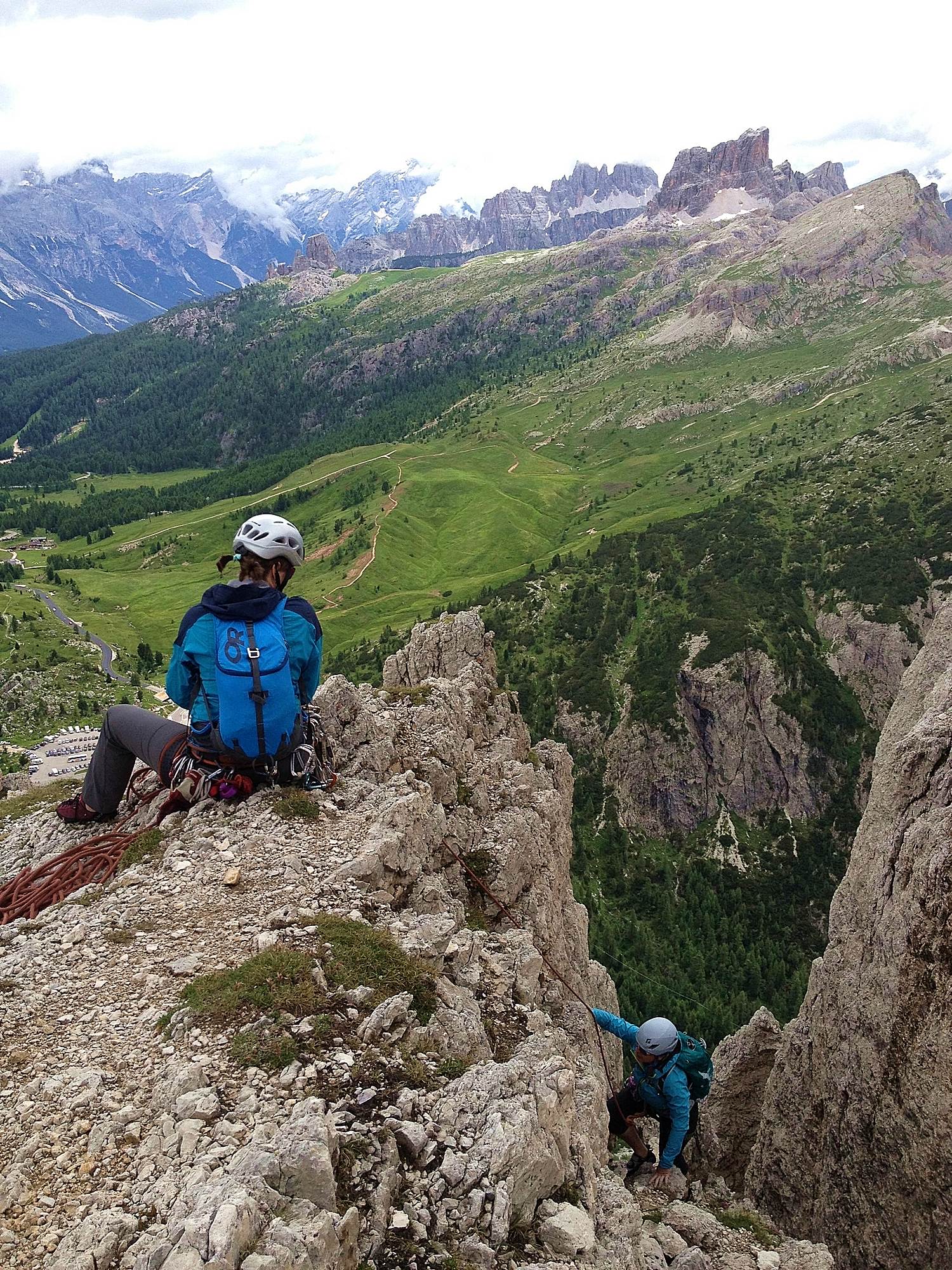 Look for role models, and build your community.
Wheeler didn't always feel the need to seek out female support. She'd rolled along just fine in the co-ed ski bum world. But when it came to considering starting a family, it became more important to her to see other women in her world doing the same thing. "Having those women initially set a horizon—not that I spoke directly to any of them at the time, but knowing that they were doing it, and watching from afar, was pretty powerful," Wheeler says. "Since Junie was born, we’ve been more directly involved, and they became my network ... Find women who are doing that stuff, grab onto their leg and don’t let go."

Be forgiving of your own fitness, and flexible with ways of acheiving it.
Pregnancy and birth changes you, even if you're fit. "I had a lucky run of it all, and I’ve been super active," she says. "But still I can see how people never get to fitness becasee theres are a million other thigns to do." She got into biking in the mountains to start building up fitness after birth, and killed two birds with one stone by pulling her daughter in a trailer behind the bike. "You get to discover these things now through a very small person’s eyes. It’s very fun." 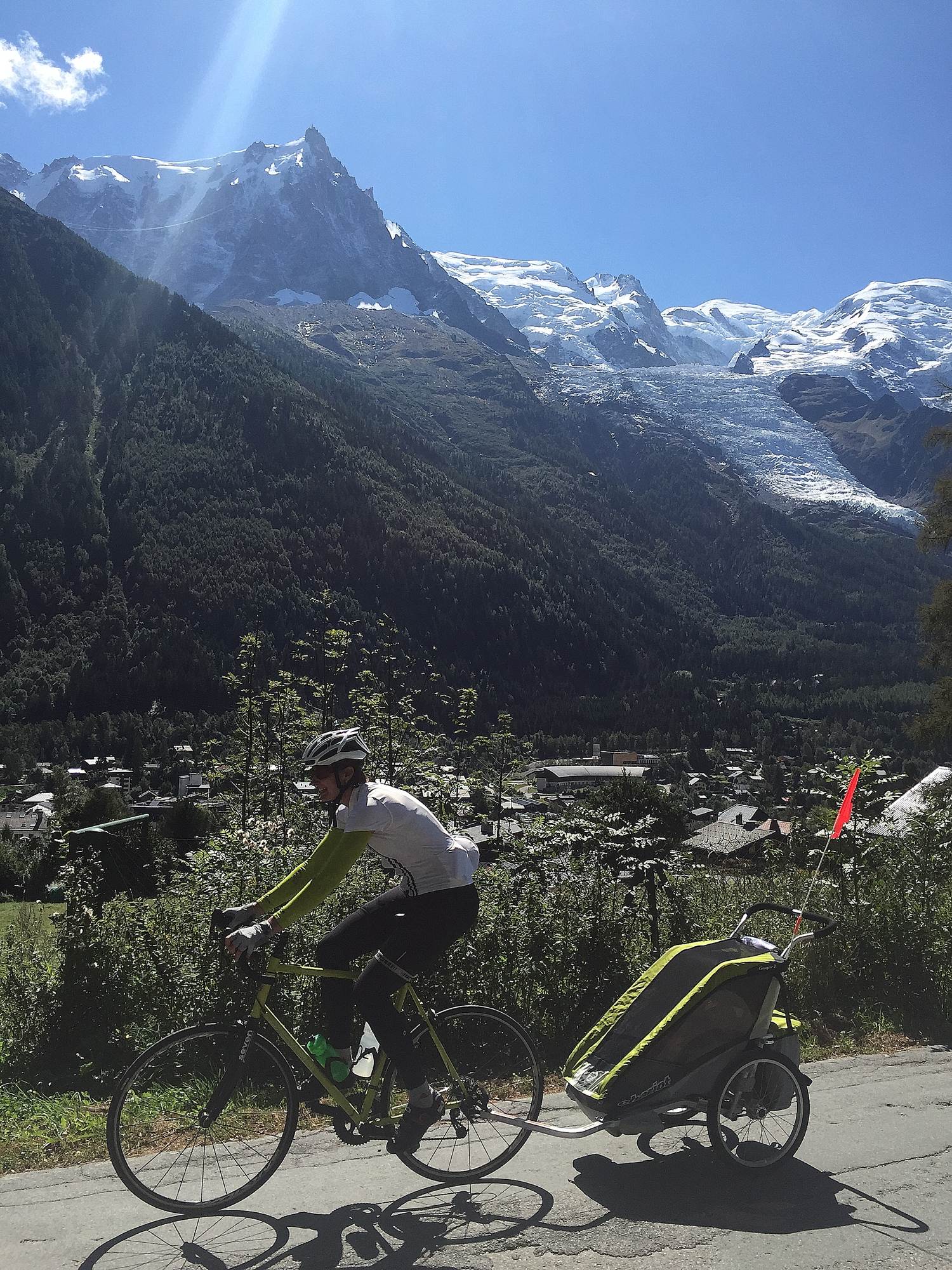 Rely on what you've learned in the mountains already.
"On the one hand, a lot of guiding skills are really helpful to mothering," she says. "Like planning and transitions. You basically have this very special long-term client." If you've been adventuring in the mountains, you've already got a skill set you can put to work—don't forget that, she says.

Take the lessons you're teaching to heart.
You really do start thinking about what you're going to pass on, what to teach and what not to teach, Wheeler explains. When her daughter was 9½ months old, she was trying to learn how to stand up and walk around—getting bonked in the face and wearing the bruises to show it. "It’s interesting to watch her learn about consequences, and simultaneaously I developed this opinion that we often separate consequences from our actions in the mountains," she says. "I didn’t become a mountain guide because I like risk. I did it because I love being in the mountains and working with people. And I spend all my time trying to take the risk part out. Everyone’s like, Now that you’re a mom, do you look at risk differently? I’ve been petrified of dying in the mountains for the past five or six years, and having a baby is a reason to remember to not dissasoociate. It’s not like I’ve changed my perspective, it was already headed there."

Embrace the chaos.
"It might be hard to go easy on yourself," she says. "But you can make decisions that make it harder or easier. I want everything to be very buttoned up and dialed, but other friends say, you know, chaos is fine. And you can do a lot more stuff by embracing that." Wheeler and her husband alternate days guiding and staying home with to care for their daughter. And while no two days in a guide's life look the same, she says, they do their best to make each day fairly similar and structured for their little girl.

And invest in a great, lightweight breast pump.
Wheeler chuckles about a Dr. Seuss alternative title—"Oh, The Places You'll Pump." But it's only partly a joke, because guiding a client on a 4,000-meter peak while nursing requires some planning and logistics. She knows from experience. It's one thing to pull out the pump in a mountain hut—which has shocked at least one French mountain guide—but it's another thing on the climb itself. She's stopped on belay ledges and on breaks during approaches. And having an awesome, lightweight pump makes all the difference. You can check out her recommendation here.