5 Lessons for Transitioning from Road to Trail Running 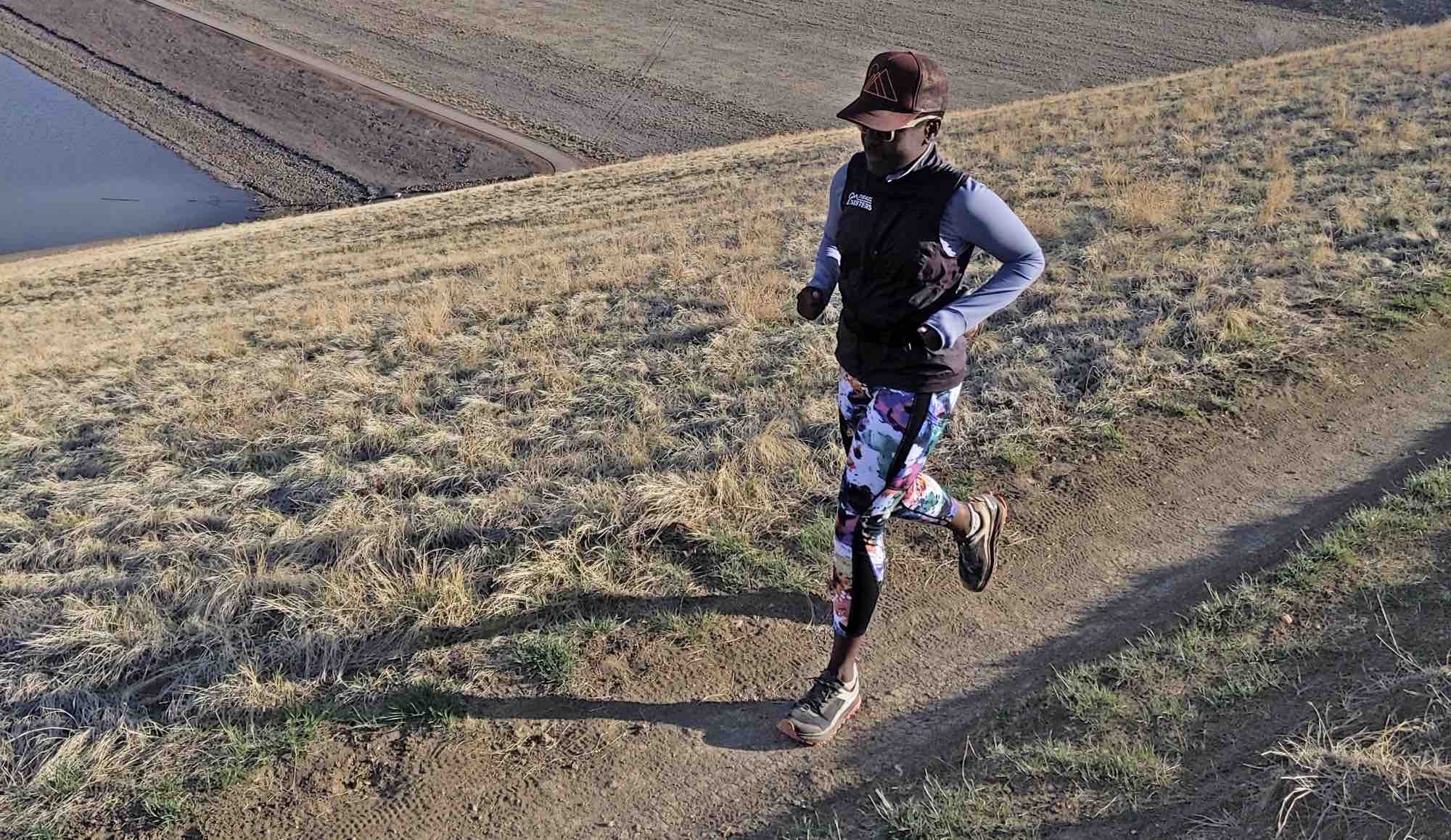 Taking the leap from smooth paths to rocky trails can be intimidating, but it’s so worth it.

Here’s the thing about being inspired by fear: It’ll make you do things you hadn’t planned on. For me, that thing was trail running.

The first time I ran on trails, I hadn’t meant to. It was that moment when you realize the sun is actually setting and things will go very badly for you if you don’t get back to the car before dark. At the time I was new to Colorado, so it took me awhile to understand the concept of the out-and-back hike. Simply put, if I extended the hike on the front end, it also meant I’d extended it on the way back. And if I got a late start, that meant I increased my chances of getting caught out, alone, and very likely disoriented in the woods.

Don’t get me wrong—I love hiking. I’m a huge fan of long walks in nature that invite inner reflection and long, breathy conversations. But once I finally realized how to time it so that I wouldn’t get caught in the dark, I also knew that I could see more if I moved a little faster.

Granted, I ran through a lot of trial and error–and more error–before eventually landing on the right advice and support that helped me establish a running habit I hope I never kick. Here are a few things I learned that enabled me to right-size my expectations and find a stride that worked for me.

When I first moved to Colorado from sea level, it was all I could do to climb the stairs to my apartment without fainting. I’d always enjoyed some form of activity, which included running, but living a mile closer to the sun was an entirely different story. And seeing so many paper-thin athletes whizzing past me on trails made me doubt whether I’d ever be able move beyond a shuffle again. But I got my wind back and learned after lots of starting and stopping that running’s just hard sometimes. If you’re just starting out, keep in mind that your body is working a lot harder on the trails to acclimate to different conditions, to coordinate new movement, and to get you where you want to go.

While there are lots of differences between running on roads versus trails, one of the biggest distinctions between the two is that falling on the trail is to be expected, whether or not you fear it. In fact, it’s only been in conversations about trail running that I’ve heard Superman referred to as a type of falling—and it’s got nothing to do with heroics. It’s understandable to be afraid to fall, but running with an overwhelming fear of that likelihood can cause tension in the body that makes you lock up and become rigid in anticipation of a big spill. For what it’s worth, envision yourself as the hero–or shero–flying free and strong over the trails.

Trail running is not road running, and your expectations for the sport, as well as for yourself, should be different, too. It’s not uncommon for runners to think because they enjoyed a certain pace on the roads, it should translate seamlessly to trails. When that doesn’t happen, disappointment sets in. “What’s wrong?” they wonder. “I’m so much slower! Why am I not running my same pace?” Welp, because it’s different. For starters, the mix of terrain, technicality and new demands on your muscles will all have an impact on your pace and performance. So let yourself off the hook of high expectations and enjoy the process.

Remember that thing I said about paper-thin runners whizzing by? Okay, that might have been tinged with a bit of judgment. And judgment can be a real killer of dreams when you’re starting out on trails. In my case, I live in an area where professional athletes run the same trails as the rest of us. Many of them come to Colorado for the benefits of elevation training. But if all I’m doing when I run is compare myself to their performance, I only deplete my energy and love of the sport, and why bother if you don’t have love and energy? Don’t waste your time or progress by judging what other people are doing on the trail—or anywhere. Who knows? The person behind you might have you in their sights as a running goal.

If you’ve seen a slick training program somewhere that has promised to help you break the sound barrier on your next race, and you’ve downloaded it in hopes of following it to the letter, just stop. Stop and think about whether it’s right for you at this point. Training plans are not one-size-fits-all. Take into account your current base mileage, life demands and goals before you commit. Giving yourself permission to stop and reassess your needs can be a real game changer at any point in your running practice. Life happens, and we have to adapt—just look at the pandemic year we’ve had. The same holds true for your trail experience. Be willing to let go of whatever expectations don’t foster a real sense of growth, engagement and fun for your running.

No matter how I’m moving along a trail, I still love to see what’s around every bend. Even if I do find myself heading back in the dark, at least now I’ve probably planned it that way. These days I’m finding lots of joy in supporting other women who are new to trail running. I’m hoping that at least some of what I’ve learned adds to their enjoyment as well as a sense of fun on whatever path they choose.

Kriste Peoples is a runner, writer, and meditation teacher, and when she's not out adventuring along the trails of Colorado’s Front Range, she's likely writing about it (or recovering with carbs in a local eatery). She can also be spotted offering talks about engagement in nature, gently nudging others to take up the cause of fun in the outdoors.