6 Reasons A Bike Is Really A Girl's Best Friend 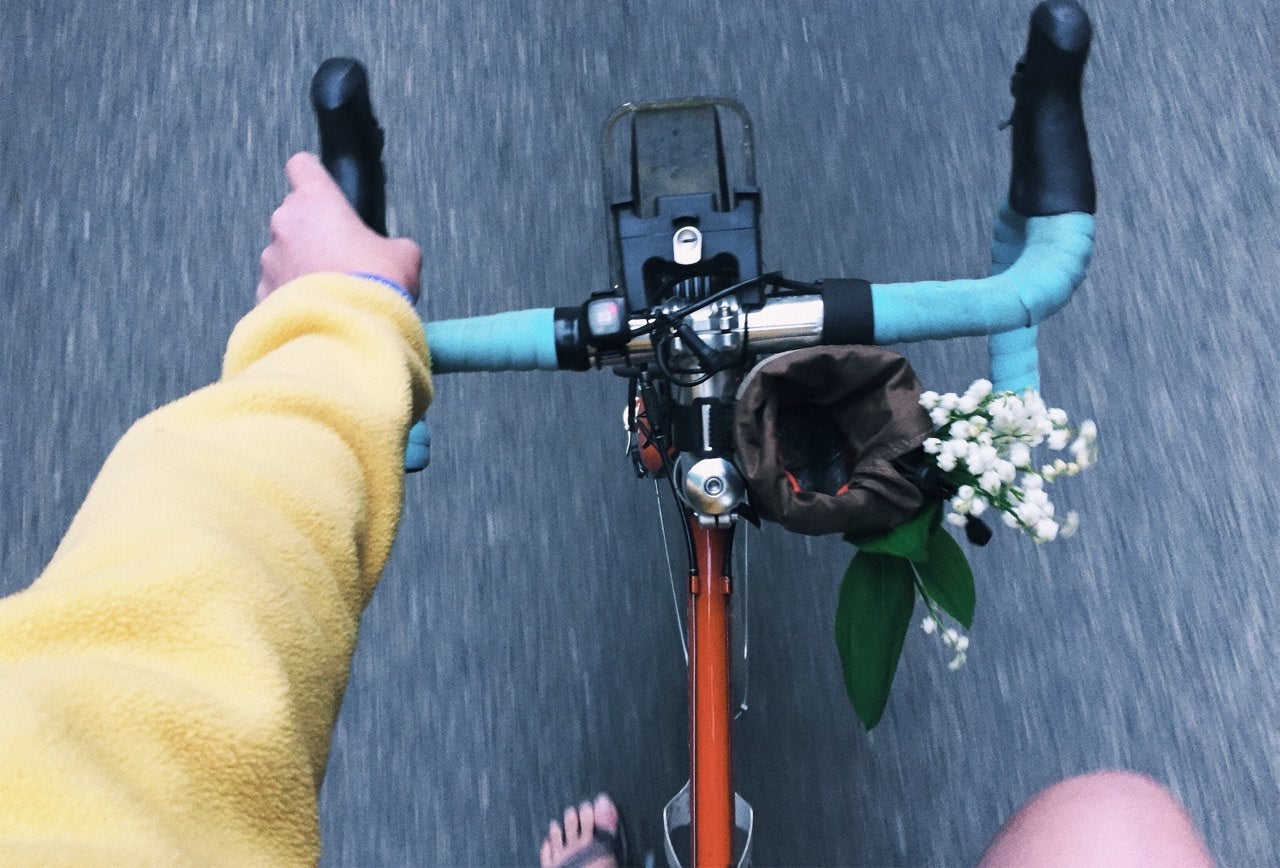 For women, bicycles symbolize more than just sport and transportation—they’ve also played an essential role in our fight for equality, and continue to do so today. In the early 20th century, the bicycle was a vehicle for social change, allowing women to declare their rights and place in society. Society pushed back (just look at this list of “dont’s” for female cyclists from 1895) but ultimately women persisted and made change.

These underpinnings of bicycle culture still stand today, as women cycling advocates speak up for change, whether it’s for better infrastructure or more inclusivity. The freedom to adventure, the freedom to explore, the freedom to depend on nothing but yourself to get from point A to point B. Sure, riding bikes is fun. But for women, there’s much more to it.

Here are six reasons the bicycle is the ultimate feminist machine.

Bicycles helped us on our path to equality
This year marks the 100th anniversary of the 19th amendment, a perfect time to remember the importance that the bicycle had in the women’s movement. According to the National Women’s History Museum, “The bicycle, in many ways, came to embody the spirit of change and progress that the women’s rights movement sought to engender.”

“Let me tell you what I think of bicycling,” said Susan B. Anthony, in 1896. “I think it has done more to emancipate women than anything else in the world. It gives women a feeling of freedom and self-reliance. I stand and rejoice every time I see a woman ride by on a wheel…the picture of free, untrammeled womanhood.” That same year Maria Ward published her book Bicycling for Ladies, a guide to help women gain independence from men by not just learning how to ride, but understanding their bicycles.

Bicycles provided women with freedom of movement, the ability to get from point A to point B without the help of men, and helped to shift other elements of women’s lives, like fashion. The difficulty of riding in long skirts evolved into the wearing of bloomers and eventually pants.

Bicycles continue to be an essential vehicle for the global women’s movement
It’s easy for many of us to take the use of a bicycle for granted, but much like American women fought for their right to ride in the late 1800s and early 1900s, women around the world are still using the bicycle to challenge and change gender norms. The bicycle can be incredibly subversive, the mere act of pedaling a two-wheeled steed a bold statement about the importance of women’s rights.

From the first female BMX rider in Morocco, to group rides for girls in Jeddah, Saudi Arabia, to using a bicycle to stand up for their rights in Pakistan, to women in Iran bearing the costs of defying a fatwa against cycling, to using bicycles to improve girls’ access to education in India—around the world the bicycle plays an essential role in women and girls standing up for their rights. 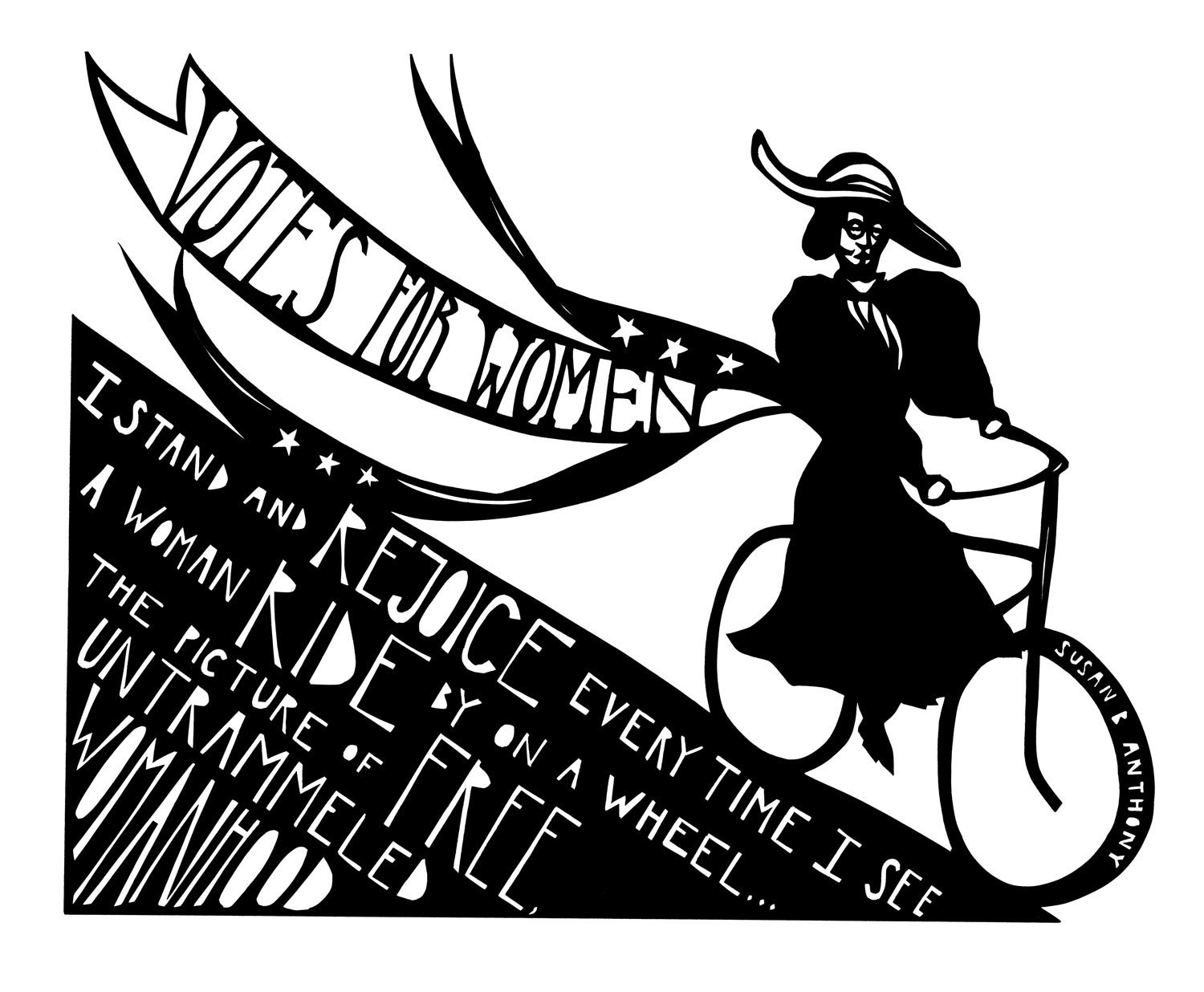 Bicycles are a means to adventure
Women have been exploring and adventuring on two wheels since bicycles were first available. There’s the famous story of Annie Londonberry who left her husband and children at home to cycle around the world, Dervla Murphy who rode solo from Ireland to India in 1963, and today we have cyclists like Lael Wilcox to look up to.

There is plenty of inspiration for today’s adventures, whether they’re close to home or far flung. With the rise in popularity in bikepacking, WTF Bikexplorers has sought to create a more inclusive community through an annual bike summit and grassroots rides.

Bicycles are a tool for social justice
In the late 1800s, Kittie Knox challenged gender and racial norms and changed how culture viewed cycling. Today the bicycle continues to be a tool for social justice. Ayesha McGowan recently became the first African American female pro cyclist, and groups like Red, Bike, and Green and Black Girls Do Bike aim to change the industry and narrative about what a cyclist looks like.

Bicycles can help us to better love our bodies
Across all industries and mass media, published images of bodies shape our perceptions of our own—and the cycling world is no different. But the bicycle can be an important tool for embracing body positivity, advocating for cyclists of all sizes, encouraging women to embrace the power of their thighs, and remembering that athletes come in all shapes and sizes.

RELATED: How To Try Bike Camping

Bicycles help us build community
What’s better than riding bikes with friends? Bicycles help to bring us together, and remind us that we are supported. Whether you’re a new rider or experienced, riding with a group of fellow women provides the opportunity for solidarity and camaraderie. Banding together with other women can also help us to better advocate for our rights. We still suffer from a gender gap in cycling (men account for about 3 out of every 4 bike rides taken), the result of a variety of factors like lack of safe cycling infrastructure (it has been shown that drivers actually treat women cyclists differently) and street harassment.

Women want safer places to bike and we can better advocate for that if we join together. Through American Women’s Cycling Network you can easily search for a women’s cycling club near you. And if there isn’t one, the network also offers resources for starting your own. If you’re looking to be an advocate, also check out the League of American Bicyclists’ Women Bike News & Resources page.

Want further inspiration?
Here’s a list of book and film resources to learn more about women and bicycles