8 Things That Happen On An All-Women's River Trip 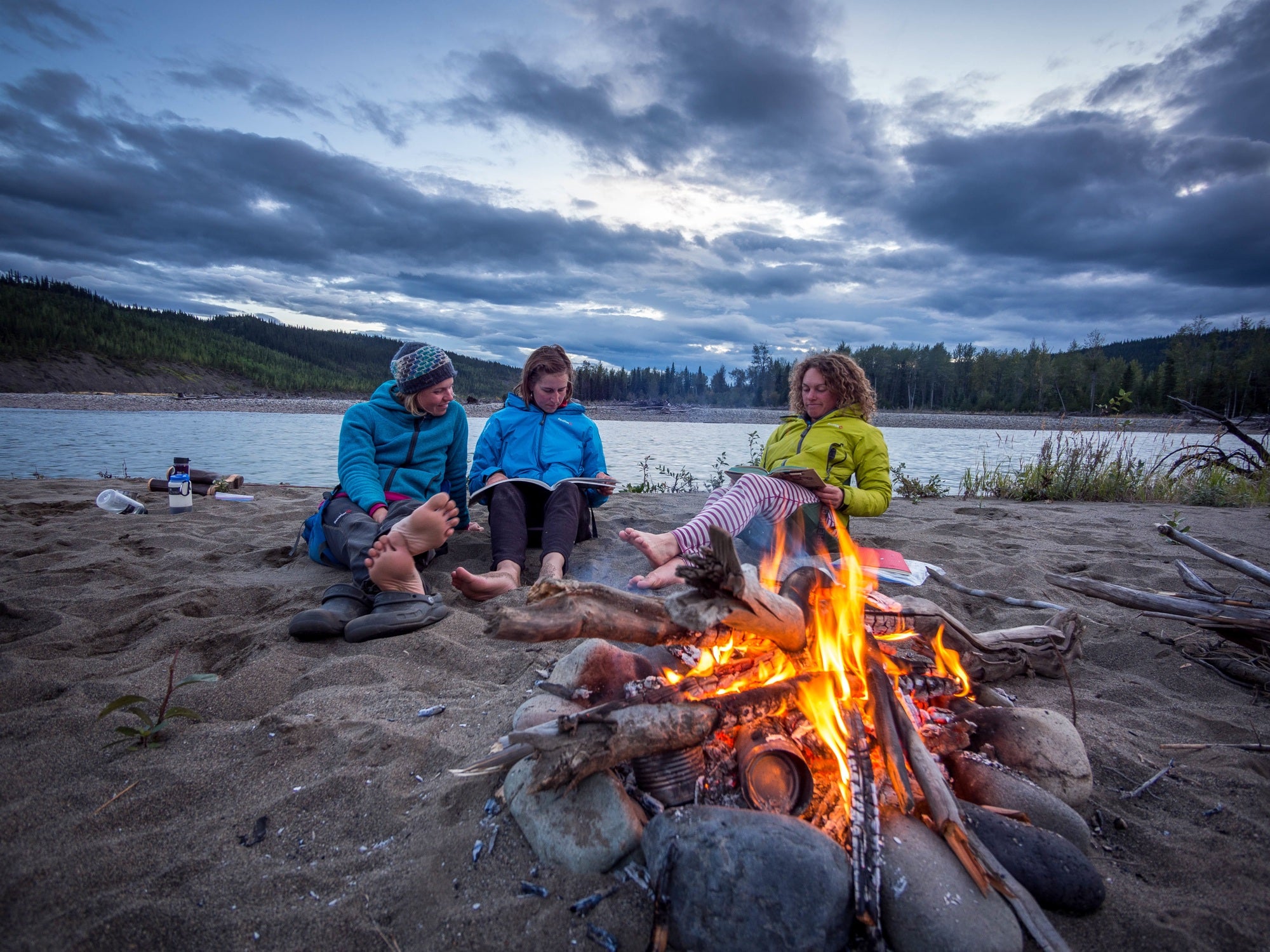 Most women who ski, bike, climb or paddle are used to hanging with the guys. Since somewhere around three-quarters of the people doing those sports have a Y chromosome, it’s practically a prerequisite. And really, we love it. We’ve got dads and husbands and brothers and friends who are amazing outdoorsmen and have taught us lots, and we’re down to drink beer and cuss with the best of them. But an all-women’s trip is different.

This summer, five lady friends and I headed into the backcountry of northern British Columbia—a region known as the Sacred Headwaters—for a 16-day river trip. It was transformative. Testosterone-driven competitiveness fell away. We developed a sense of confidence that seems unique to being with a group of supportive, badass women in a remote, wild place. Plus, we could pee anywhere we liked.

If you’re thinking of doing an all-women’s trip—and, truly, I couldn’t recommend it more—here’s a preview of what else might happen. 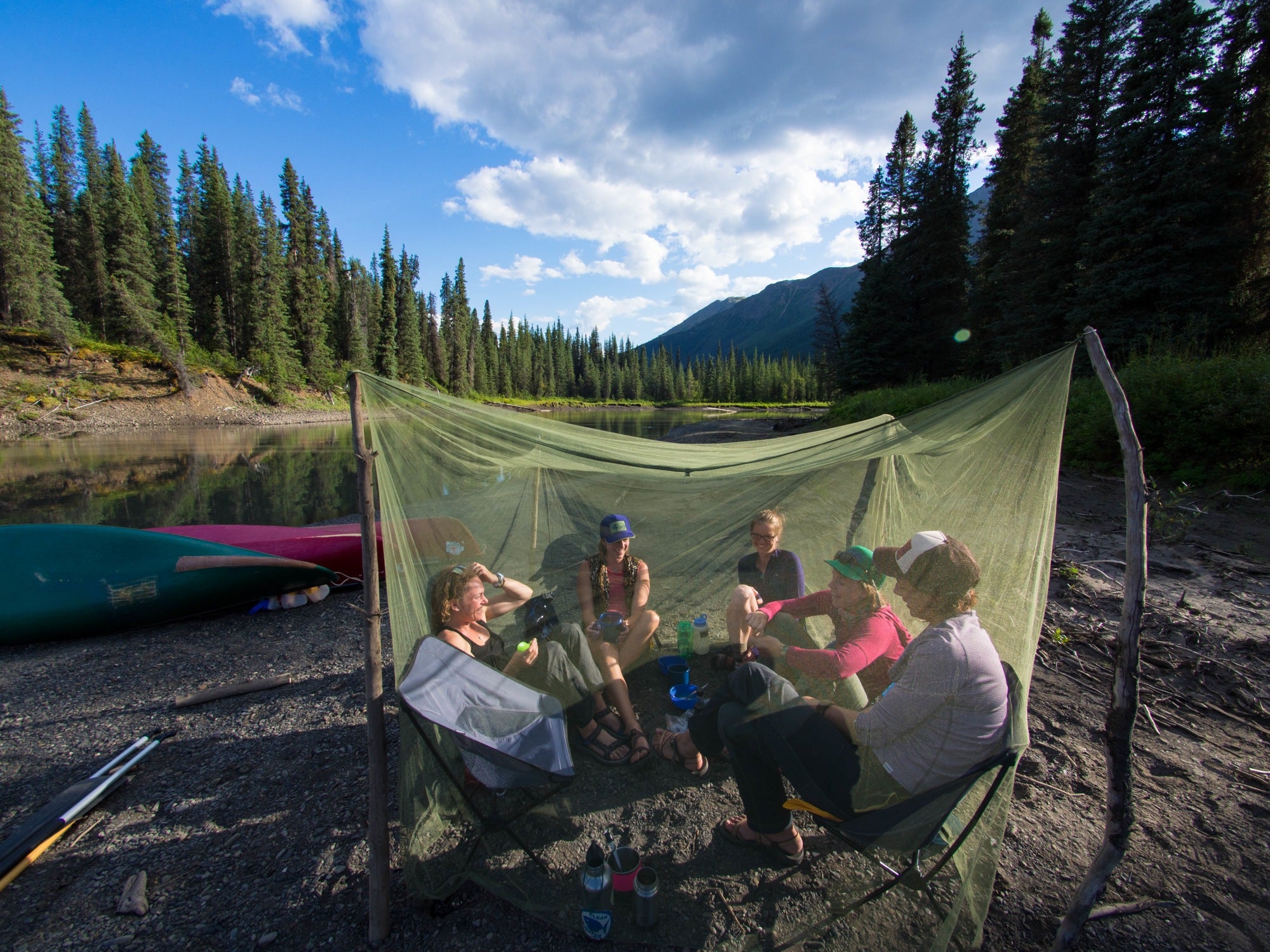 The six of us are moderately high-functioning adults with steady jobs and a modicum of respect in our respective communities. But after we were dropped off by float place in the BC backcountry, our adulting skills took a nosedive. We became obsessed with jokes involving farts, burps and members of the opposite sex. We experienced a complete loss of self-control in the face of chocolate and gummy bears. And come mealtime, we put away more carbs than a troop of boy scouts going through puberty. In other words — we swiftly reverted to the maturity level of prepubescent boys. And it was glorious.

When you’re a woman in a male-dominated field, you often spend time with guys who are better or more experienced than you. That’s totally cool—it’s how you get better. But men used to being in the lead sometimes make decisions unilaterally, and groups of guys I’ve observed have tended to act more quickly, spending less time discussing their choices.

On our trip, we consciously decided not to name a trip leader, which meant everyone’s voice carried equal weight. When it came time to decide whether to run a rapid in the evening or to make camp and do it in the morning, we all bore equal responsibility for the choice. It might’ve taken us longer to make those decisions, but knowing we all felt good about the outcome was worth it. 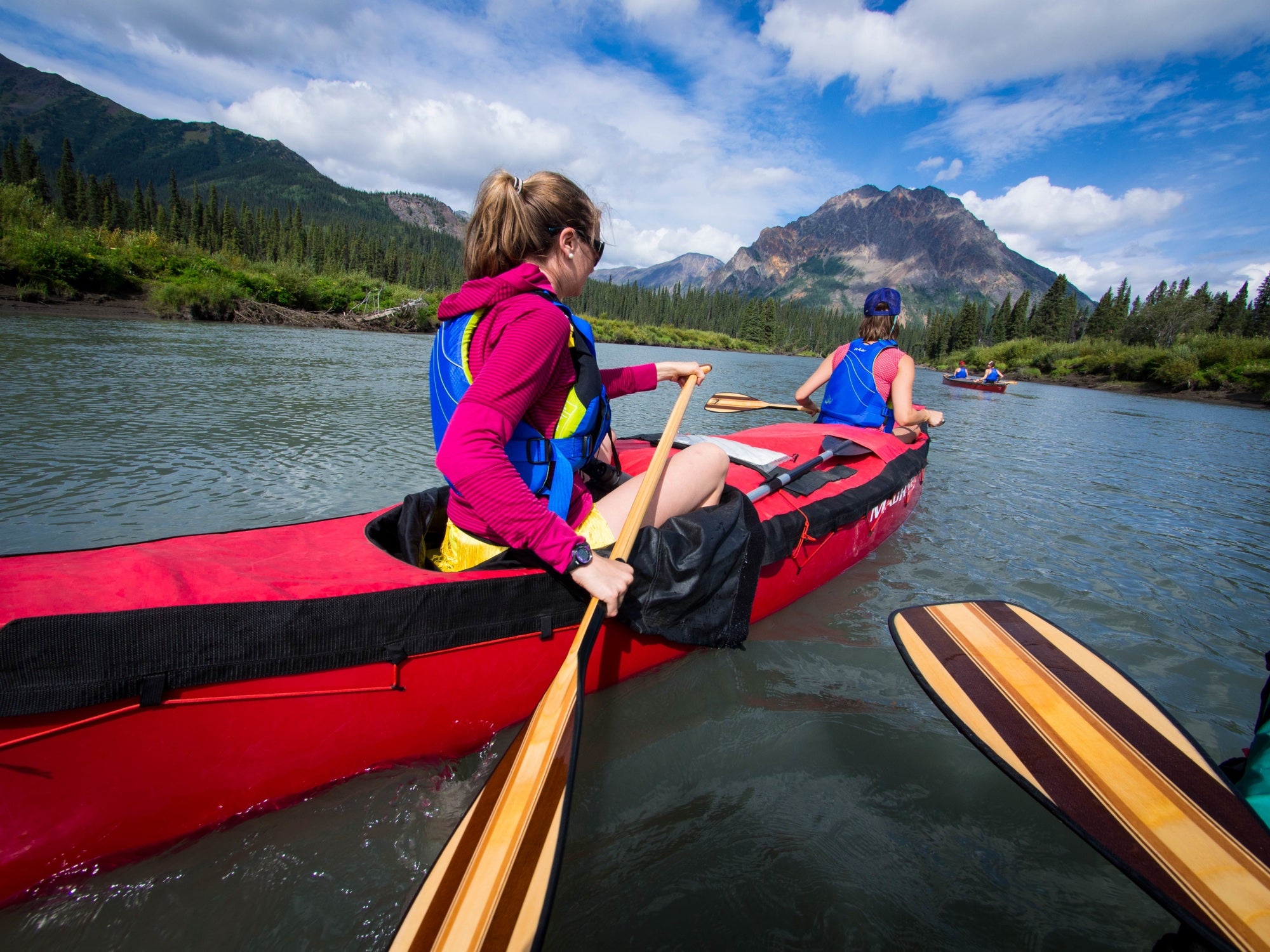 You get naked. A lot.

There’s a freedom that comes with single-gender trips. Within a half hour of getting dropped off in the wilderness, our clothes were in a pile on shore and we were diving into a mountain lake. Later, we portaged our canoes naked, did naked yoga, sunbathed naked and played frisbee naked. We did it simply because it felt good, because there was no pressure to suck in our stomachs or hide the weird body quirks that come with being a 32-year-old woman. We did it because to strip off your clothes and run wild around one of North America’s greatest wildernesses makes you feel beautifully, inexpressibly free.

You compare biceps and armpit hair.

Two things happen on a backcountry trip: Your muscles get bigger and your body hair gets longer. Both are a physical manifestation of your badassery. Both should be celebrated.

You forget about things that don’t matter.

Ok, so this isn’t specific to all-women’s trips. It can happen any time you’re in the wilderness. But the pressures that society places on women—especially women of a certain age who haven’t had babies, saved for retirement or shaved their legs for three weeks—can sometimes feel more inane than those placed on straight white guys. So there’s nothing better than disconnecting from all the stuff that doesn’t matter and focusing on what does: friendships, laughter and the fact that there are still places in the world where you can immerse yourself in nature for weeks without seeing another human. 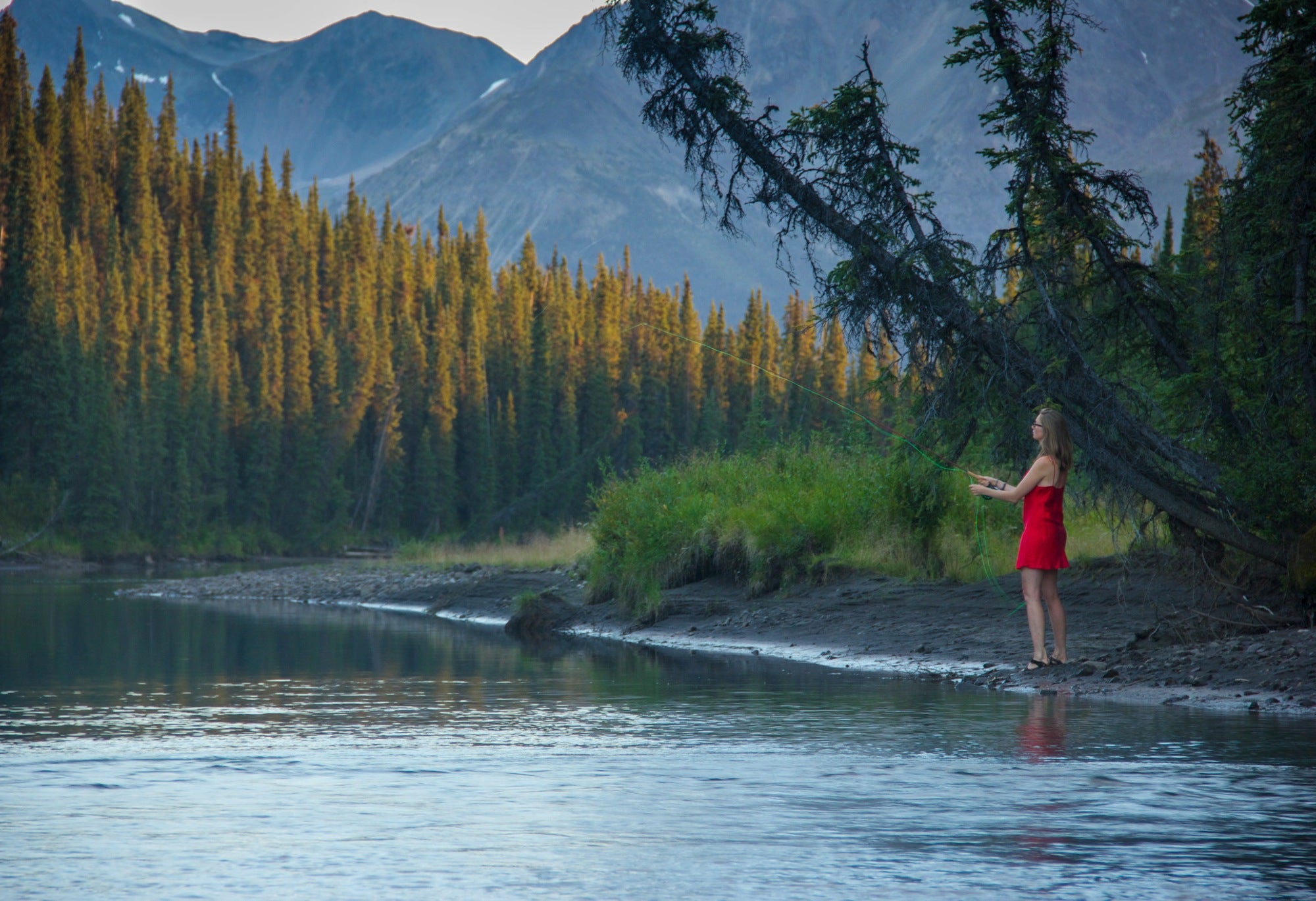 You cook dinner in spandex and fly fish in red silk negligee.

Why? Because you can.

You get really dirty. Then you get clean.

To be honest, I was nervous about doing a big all-women’s trip. What if we all hated each other by the end? What if we were less capable than we thought and flipped in a rapid and lost a canoe and had to be evacuated? But on the final day, when we floated under a highway bridge and reached the takeout of the Upper Stikine River, I wanted nothing more than to keep going. To restock our food supplies and drive further north; to explore another river and live in a world where finding camp, collecting water and building fires are the most pressing needs. So not only are we planning another all-women’s canoe trip for next year, we’re raising money for two nonprofits that bring teenage girls on all-female backcountry expeditions: Girls on Ice and the North Cascades Institute. Please consider donating. Thanks!