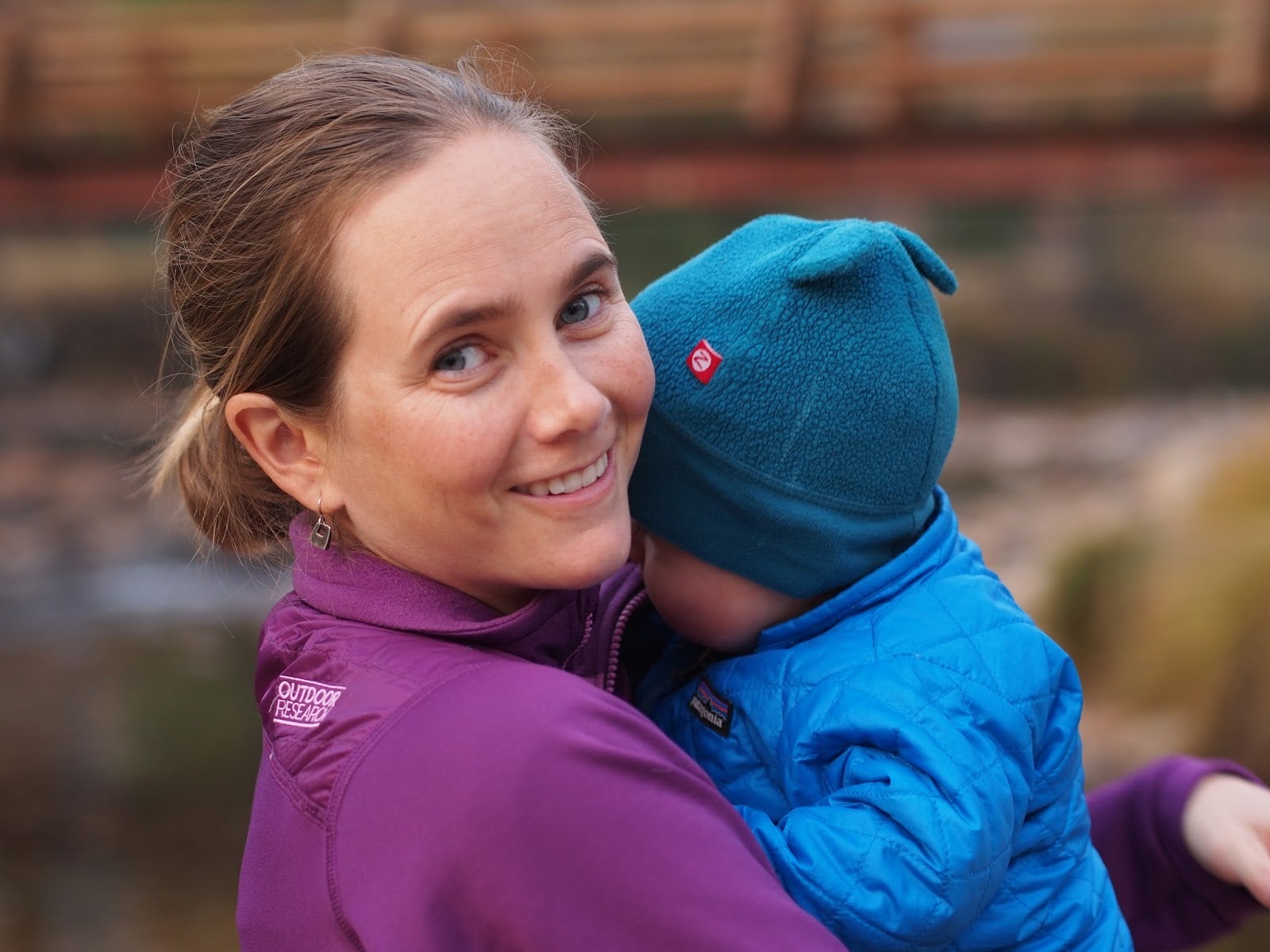 I've written a bit about my prolonged physical recovery from childbirth, but not as much about my battle with my many anxieties in the aftermath of Theo’s birth. Part of the reason for this avoidance is because I’m embarrassed about it all. The physical stuff—bouts of mastitis, a painful cystocele, weak joints, etc.—all seemed somehow to be out of my control. It just happened. But the mental stuff—well, shouldn’t I be strong enough, sane enough, capable enough, to control how I feel? I'm a professional climber, I should be in the "tough" crowd.

I’ve received loads of messages and emails about my anxieties from other moms. Women who are pregnant, newly postpartum, or several months out, all wondering how my anxieties manifested themselves, and eventually how I became brave enough to start dealing with them. A huge source of strength for me has been this community of parents, and because of that I thought I’d brave the personal embarrassment of sharing my experience, if only to potentially help another person out there who is dealing with similar experiences.

When I was 20 years old, I was kidnapped and held hostage in Kyrgyzstan for six days. That experience really shook my trust in people, in the world around me, and in myself. I emerged from this experience with the unshakeable belief that if something bad could happen, however unlikely, it was going to happen to me. This experience really broke a sense of young, idealistic trust that I had with the world. The result was that over the years, I’ve increasingly found myself shrinking into my own little world. The smaller the space I inhabited, the easier it would be for me to control. Even reading or listening to the news, once two of my favorite things, became a source of paranoia. It got to a point where I just stopped reading the news, figuring that if something happens that’s important, someone will let me know.

The thing about motherhood that has been both one of my biggest struggles, and greatest gifts, is that it’s no longer just about you. There is this precious other being to look out for. The blessing of motherhood is that Theo has helped draw me out of my own little microcosm. But the struggle is that I now have another variable to worry about.

As I wrote in earlier posts, during my pregnancy I was extremely anxious about everything. In the 15 years that passed since Kyrgyzstan, I was able to keep my anxieties somewhat in check, but all of a sudden when I was pregnant, either due to the hormones or the added responsibility of growing another human, my anxieties reared their ugly heads. Was I eating the right foods? Why can’t any of the medical people agree on the right protocols for prenatal care? Basically I worried about everything and anything that could possibly go wrong. 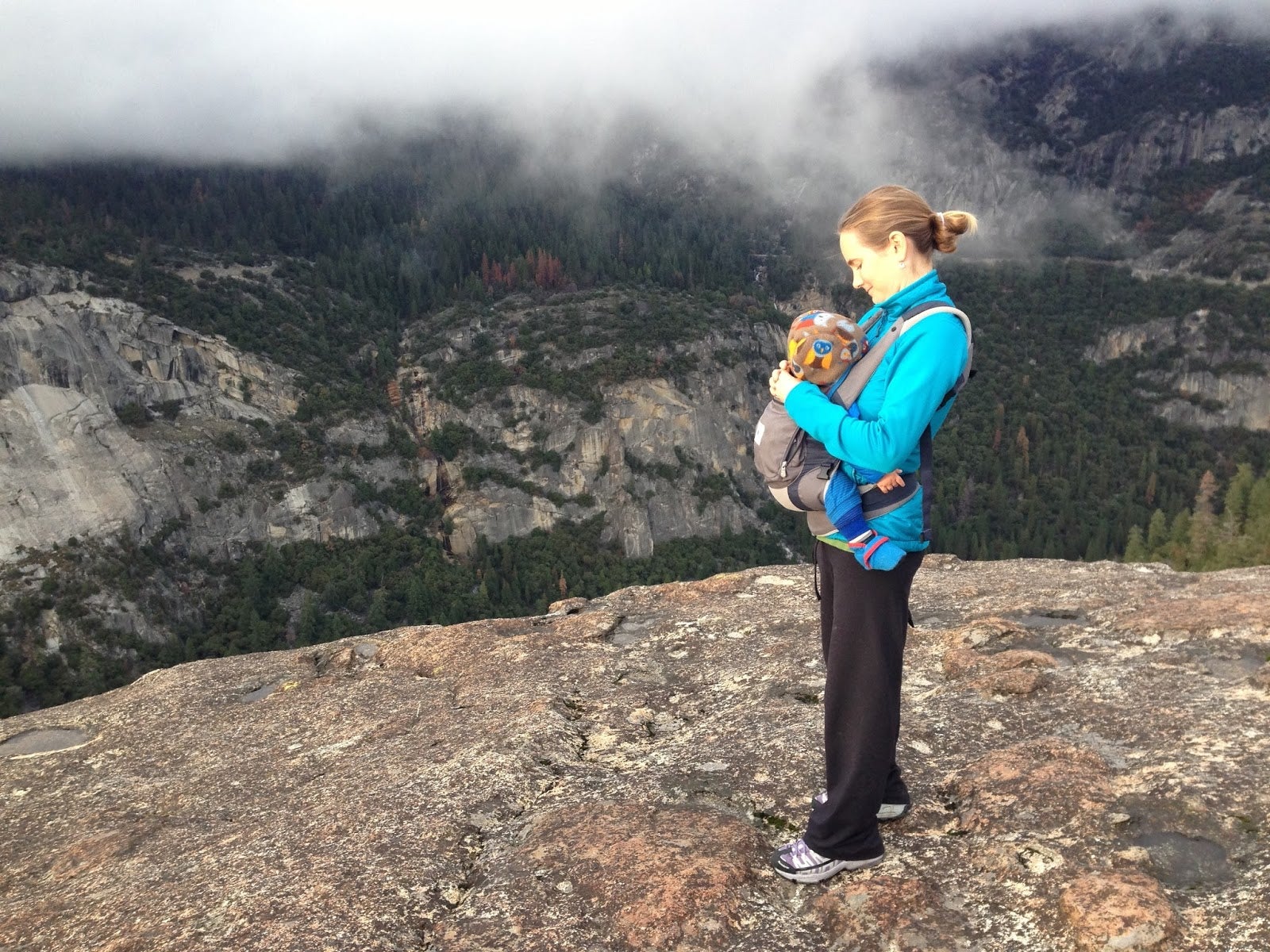 Clearly there were the obvious things that I avoided. I didn’t take up boxing, or go on a drinking bender in Napa Valley, for example. But I took these ordinary precautions to new levels. I avoided being around anyone who showed signs of having a cold; even a sniffle sent me scurrying the other way.

After Theo was born, I bought all new furniture because I was worried about the flame retardants in our old furniture affecting the new baby. I saw our couch as a threat. Same with our mattress. Same with our chair cushions. Same with our dish and laundry soaps. All the creature comforts meant to make our lives easier had become sources of anxiety. I found myself in tears of worry and fear while I laid in bed with Theo. I knew that hormones after childbirth could go haywire, but I never expected them to manifest in this way. Randy would ask me what the tears were about and at some point I just said “everything.” I wondered why I felt this way, what was wrong with me, why were my mind and body breaking down in what was supposed to be such a joyous time?

Maybe replacing our furniture was over the top; or maybe not. Either way, in the moment, it caused me a lot of anxiety and sleepless nights. My head would spin, wondering if I had caused this or that. I mean, if I did something that ended up adversely affecting this being for the rest of his life, I’d never forgive myself.

I thought giving birth would alleviate these worries, let me discover my strength and sanity again, but as soon as I was holding my baby, it only got worse. I felt even more attached, more connected, more protective. My emotions and hormones were sparking with an intense voltage and it was wrecking me.

Well-meaning doctors say standard things like, “It would be pretty serious if Theo gets a fever in the first month,” not knowing what kind of spiral that would put me in. I considered getting a box of gloves and CDC-grade face masks for all those germ-ridden visitors to wear. I saw every mosquito as a carrier for the West Nile Virus. I was panicked to take him into the sun. My hormones, emotions and anxieties were breaking me down. Where was the mental strength I had to free El Cap, to climb in the mountains, to climb routes no one can repeat? I desperately wanted my strong, calm, old self. I wanted to be better for myself and for my family.

Ironically, I was too sick and incapacitated myself to permit many visitors during that first month, let alone take Theo anywhere. This limited Randy as well, which I now feel terrible about. I also didn’t trust my own husband to take Theo out, fearing that he might not share my same sense of heightened precaution. At that point, I sensed that I was driving myself and my family crazy.

Theo reached the end of month one with no fever, no West Nile Virus, no sunburn. Randy was optimistic that we could go out into the world—and you know what? So was I. I felt as if I had reached a milestone and it was time to stop living in fear. I didn't want to pass these irrational fears onto Theo, and I was more than tired of them.

Of course, as soon as I was in a better place mentally, my physical condition declined. After my third round of mastitis, I was terrified to leave the house and get another infection. I was on yet another round of antibiotics, worrying that they would enter my milk and be terrible for Theo. I was sleep deprived, only getting two to three hours of sleep in a row as a result of my pumping and feeding schedule. I desperately wanted to fret about everything, research it online, stay up thinking about it all night—you know, my usual protocol. Instead, I refrained. (OK, I had Randy do it for me, but that’s progress, right?) Also, Theo’s doctor, my OB, our midwife, and our two lactation consultants, who are also both home-birth midwives, said it was fine. And you know what? It was. 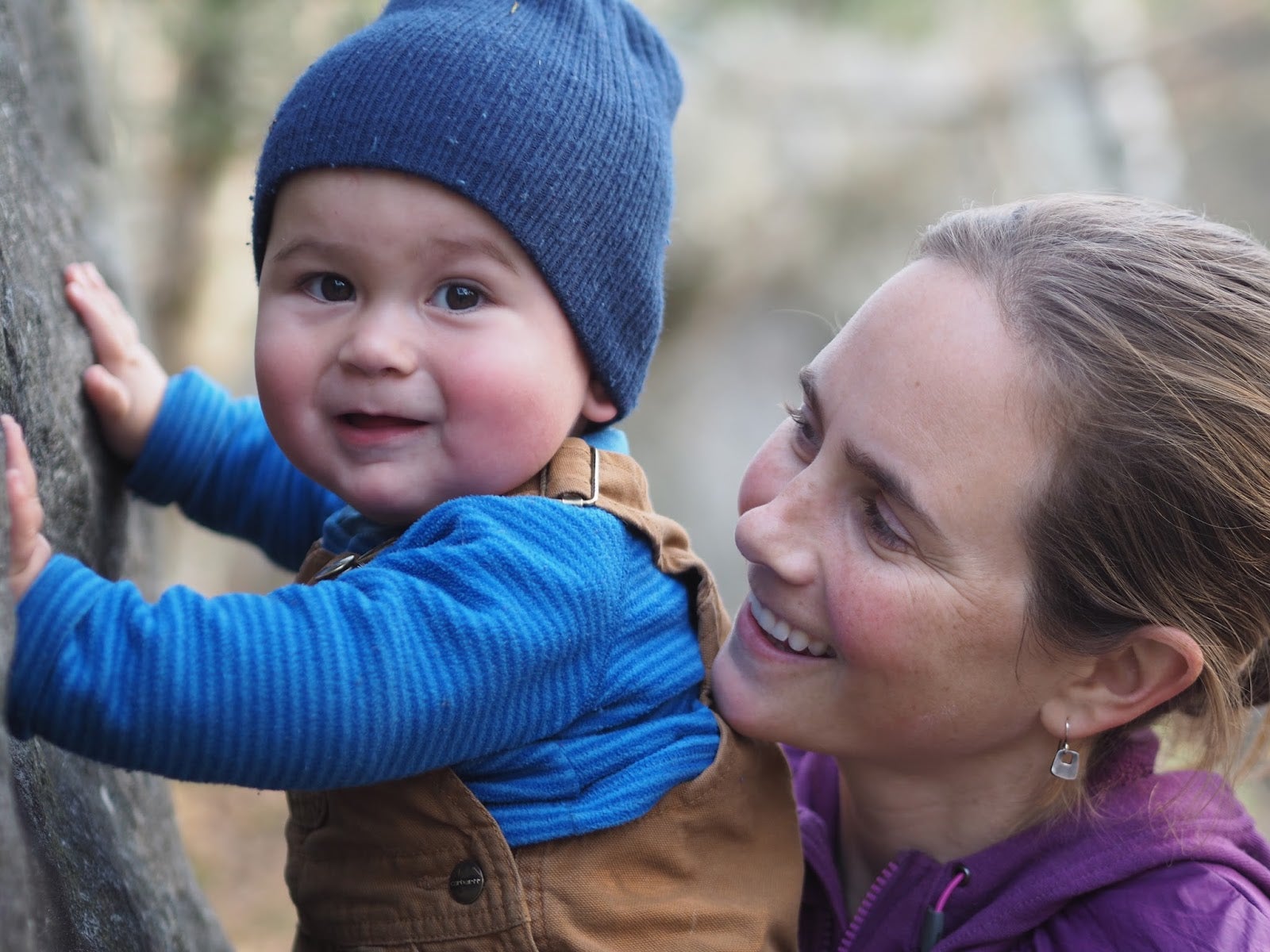 As Theo got older and stronger, so did I. My physical and mental strength finally started to return. I felt my anxieties lessening, my hormones slowly coming into check. Things that would send my mind spinning a few months earlier didn’t even make me blink an eye. Climbing and being active were lifesavers. I could physically stand and carry Theo into the world. I found strength in myself again, strength in Randy and Theo, and began to trust things. We went out to eat as a family. We flew on planes across the ocean. I could hang out with other moms in my community, share stories, vent, and not feel ashamed. I never imagined postpartum emotions like I experienced. I felt completely out of control of my own thoughts, which was so unsettling. I am so glad I made it out of that fog. And I hope that any mama out there reading this knows that it will get better, be patient and kind to yourself.

Anxiety is worst before the event happens. That goes for scary rock climbs, just as it does for giving birth, or taking your son out into this beautiful germ-ridden world. Once you step foot onto that route, or land in that new country, the anxiety goes away. I felt so grateful to feel good again, to think clearer, to have some spunk back in my attitude, and to be able to share this world with our little man.

Theo has been helping me regain some of that trust in the world, which I lost all those years ago in Kyrgyzstan. I braved being alone in Yosemite with Theo for four months. Theo survived his first cold, his second cold, his first fever. He’s survived falling and hitting his head…numerous times. He’s survived eating dirt. And he continues to smile, laugh and grow.

We could all learn a thing or two from that. I certainly am.