A Himalayan Fantasy Trip With Dan And Janine Patitucci

He had seen a portrait of Shivling on the cover of a climbing book decades ago: an emblem of adventure. A more exotic Matterhorn. Symmetrical from the right vantage, imposing, pointed. Magnetic. A mountain he always knew he would come to, and will probably come back to climb. That was Dan—aspirational. I never had such ambitions. I didn’t imagine standing in the Himalaya, staring up at Bhagirathi. Meru. Shivling. But I liked the idea. I thought about the first time I saw mountains: John Denver was on the radio, lightning flashed between the peaks, and the horizontal world I knew suddenly stood upright.

I was twelve, and riding in the back seat of my grandparent’s silver Cadillac from Illinois to Colorado. I had never been west of the Mississippi River. My search for mountains started as soon as we crossed the bridge to leave the state, Land of Lincoln. All the flat hours through Iowa, through Nebraska, I watched the horizon. We’d stop for coffee and breakfast buffets and spend two nights at motels with brown blankets and a folding cot. I kept waiting for peaks to fill the windshield like they do a gilded picture frame, expecting that I would see the Rockies as soon as I turned my back from home. 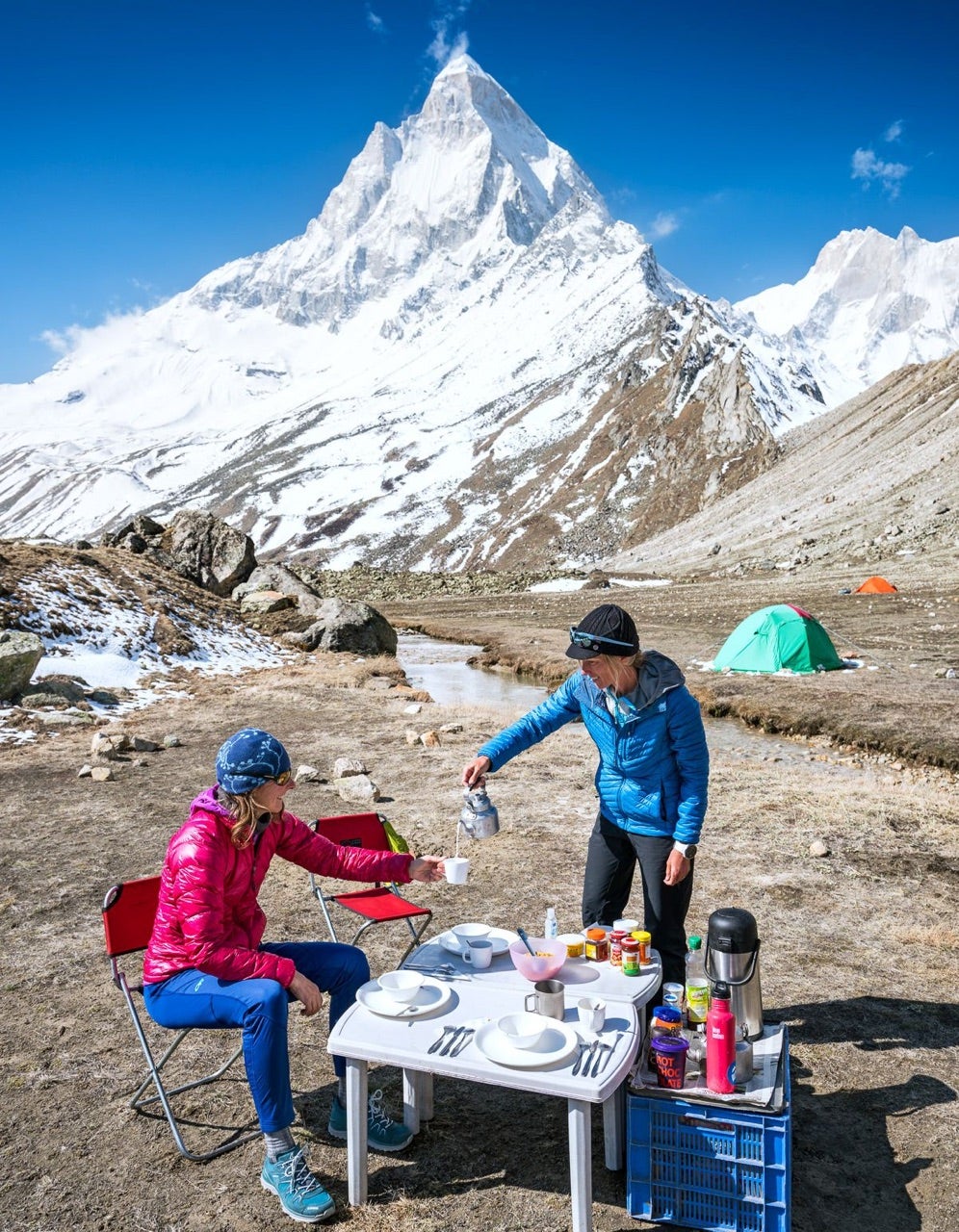 For three days, I rode with that same childish anticipation in a hot van from Delhi to Gangotri, to the Himalaya. After those three days, I’m standing barefoot in the Bhagirathi River with hundreds of half-naked Hindu pilgrims dousing themselves with the glacier water that feeds into the sacred Ganges. Hundreds of thousands of pilgrims will come to Gangotri this year. They travel long distances, piled into buses and vans, making the journey to a sacred place, driven by religious devotion. I want to tell you I have a goal like theirs. A motivation. Some force that drives me here too. Spiritual searching, escape, distraction ... none of those attracted me to India. I didn’t hope to find myself or loose myself or any of those things people sometimes chase after. It was simply saying “yes” to an invitation. “Do you want to come to India with us?” I like starting down a trail not knowing where it goes. 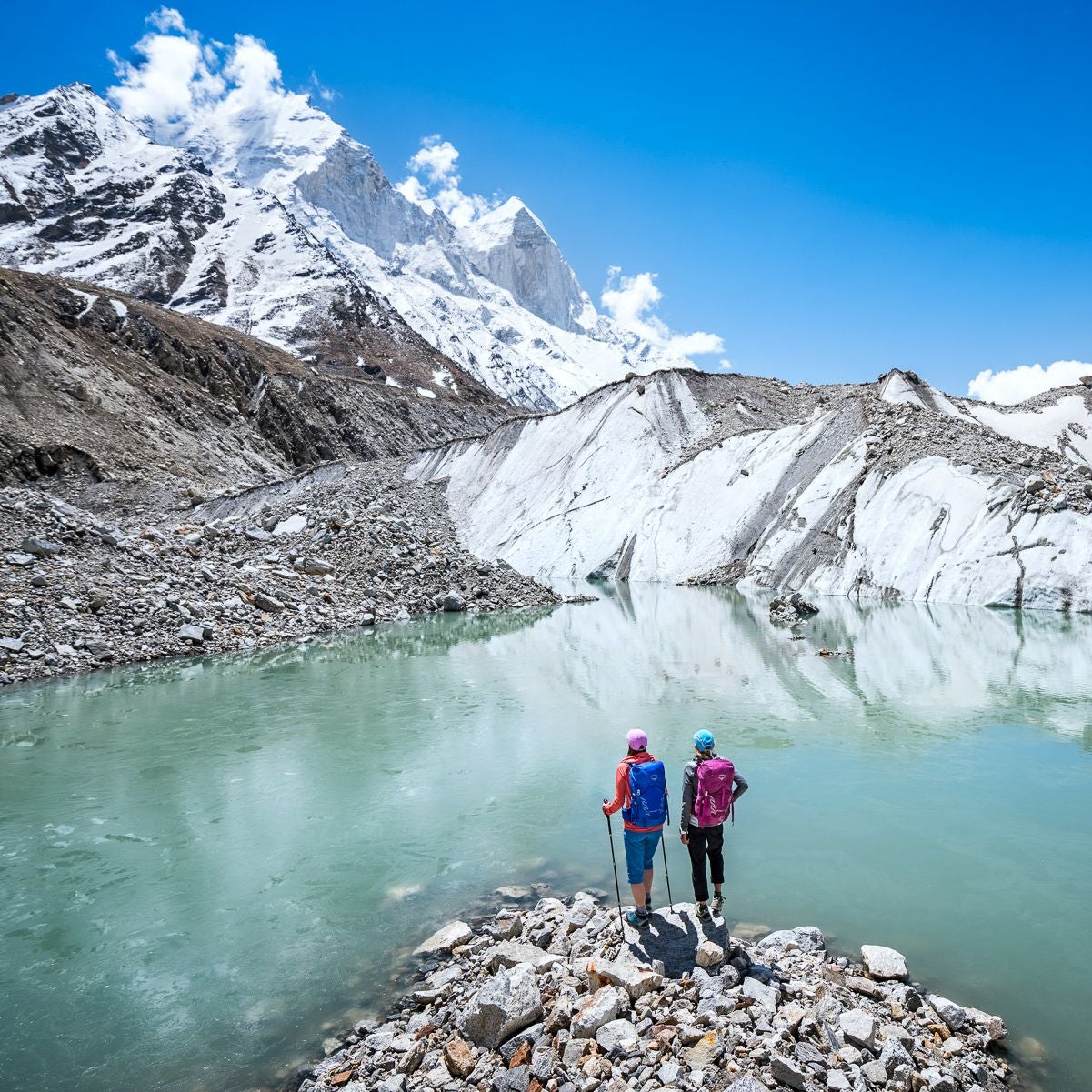 I’d only just met Dan and Janine the past fall, and a few months later, here we are in the Himalaya. They're mountain sport photographers and all-around ass-kickers, so I know I’ll work hard to keep up with them during ten days hiking near the Gangotri glacier. Their average Tuesday to most of us would seem epic. Janine isn’t typically Swiss, barefoot and braless. Constantly choosing the steeper more technical terrain. Refusing to follow anything but her own line. She’s rebellious and rational and stoic. “I love that woman.” Dan says it directly as she hurries to catch up after stopping to make a photo. They’ve been doing trips like this, together, for nearly twenty years. India, the Himalaya, traveling companions. All of this is new to me. You come to know each other well traveling and camping. And afterward go back to pretending you don’t poo.

It must be entertaining to watch a flat-lander scurry behind them, trying to scramble through foreign terrain, and in the city crowds, too. Even in a familiar place, I’m likely to trip over a sidewalk curb or fall up a flight of stairs. Somehow, I haven’t been hit by a Honda or a Hero buzzing by while I sidestep an oblivious cow. Whenever you smell kerosene, dusty heat, and sandalwood, you’ll remember being in India, Dan says, casually walking through Rishikesh. We dodge traffic from all directions. I try to stay out of the way. It’s a beautiful place, full of contrasts. A place where everything feels tentative, off-balance, flickering. I try not to disrupt the rhythm of the streets. It takes my entire focus. Don’t pause. Don’t hesitate. Keep moving, deliberately, slowly. 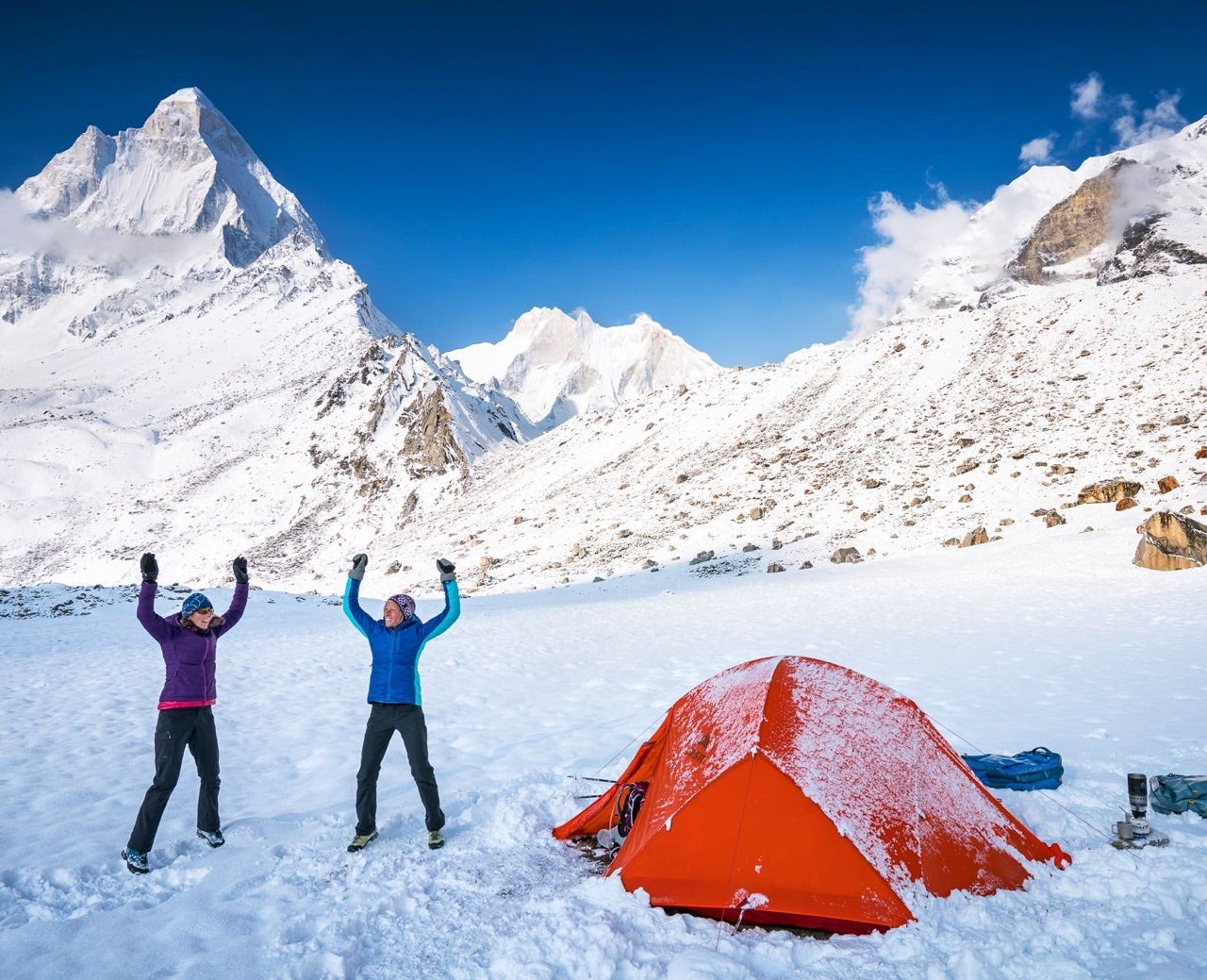 I’m not quite as clumsy in the mountains, even though my body and head are still figuring out how to behave in vertical topography. The altitude feels like some of my first hikes, slow and plodding. Like dragging heavy steps out of wet concrete. I’m learning, trying to follow their steps. They both move like water.

We walk to the end of the moraine beneath Vasuki Parbat, passing 5,000 meters along the way. The highest I’d ever been, by a lot, by stacking one mountain on top of another. I start monitoring my watch, counting down as the meters go up. Waiting for something momentous, more than reaching 4,000 meters for the first time, a few days ago. There’s not a summit. Not a destination or celebration. We’re just somewhere along the way. Far beneath the towering peaks. There’s so much more above us. We don’t look down from a pinnacle at everything below. From this elevation, we still look up. 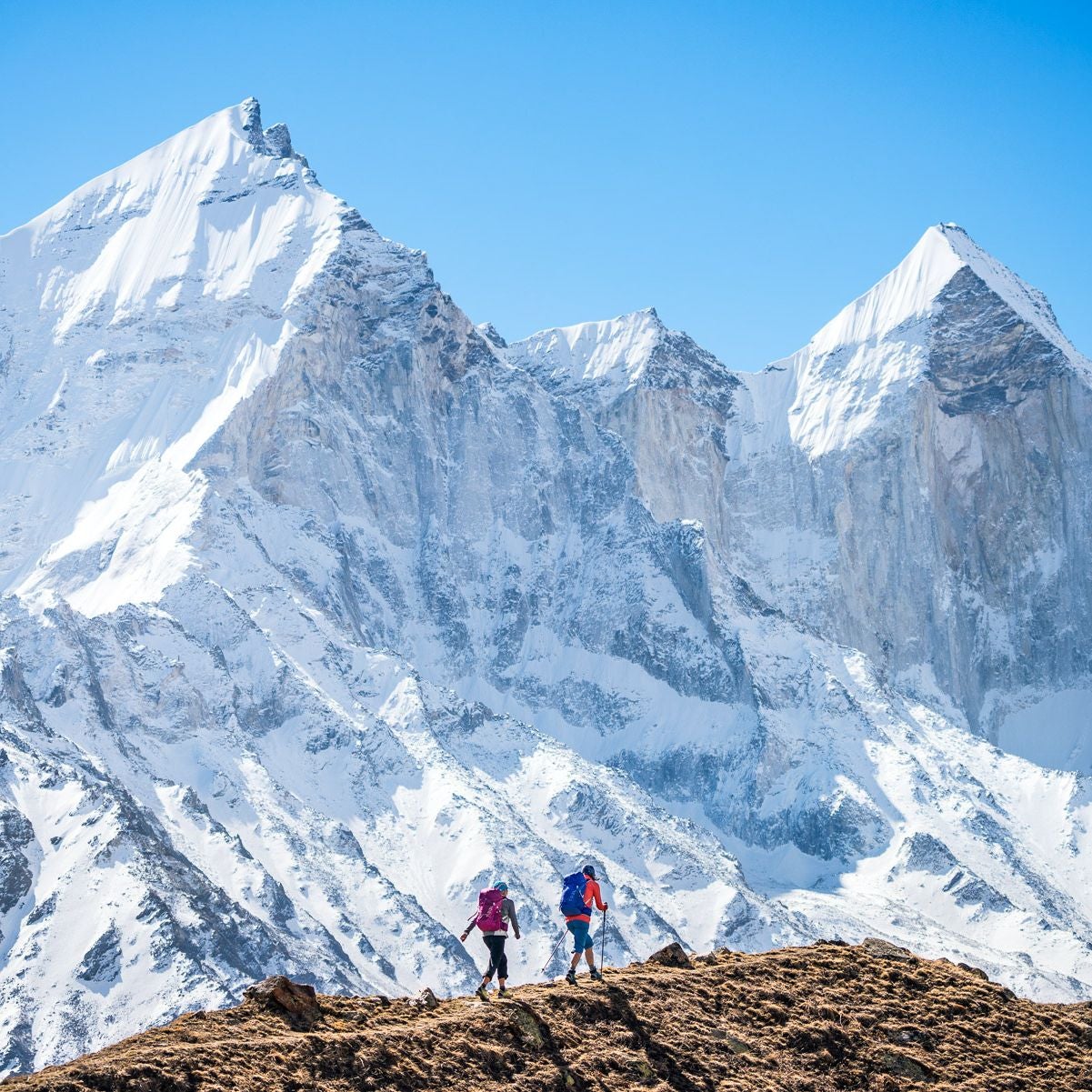 That night, during dinner, we briefly abandon the rice and dal. A full white moon hangs over the snowy summits. We are each drawn to the light. Our guide Shashank follows us out of the kitchen tent. We stand looking up at the moon, the stars, the reflecting mountains. He tells us about a group of kids from Delhi who had camped here in this high meadow. Coming from the city smog, they saw stars for the first time. One of those precipitous moments you recognize for what it is although no one says it aloud: living. 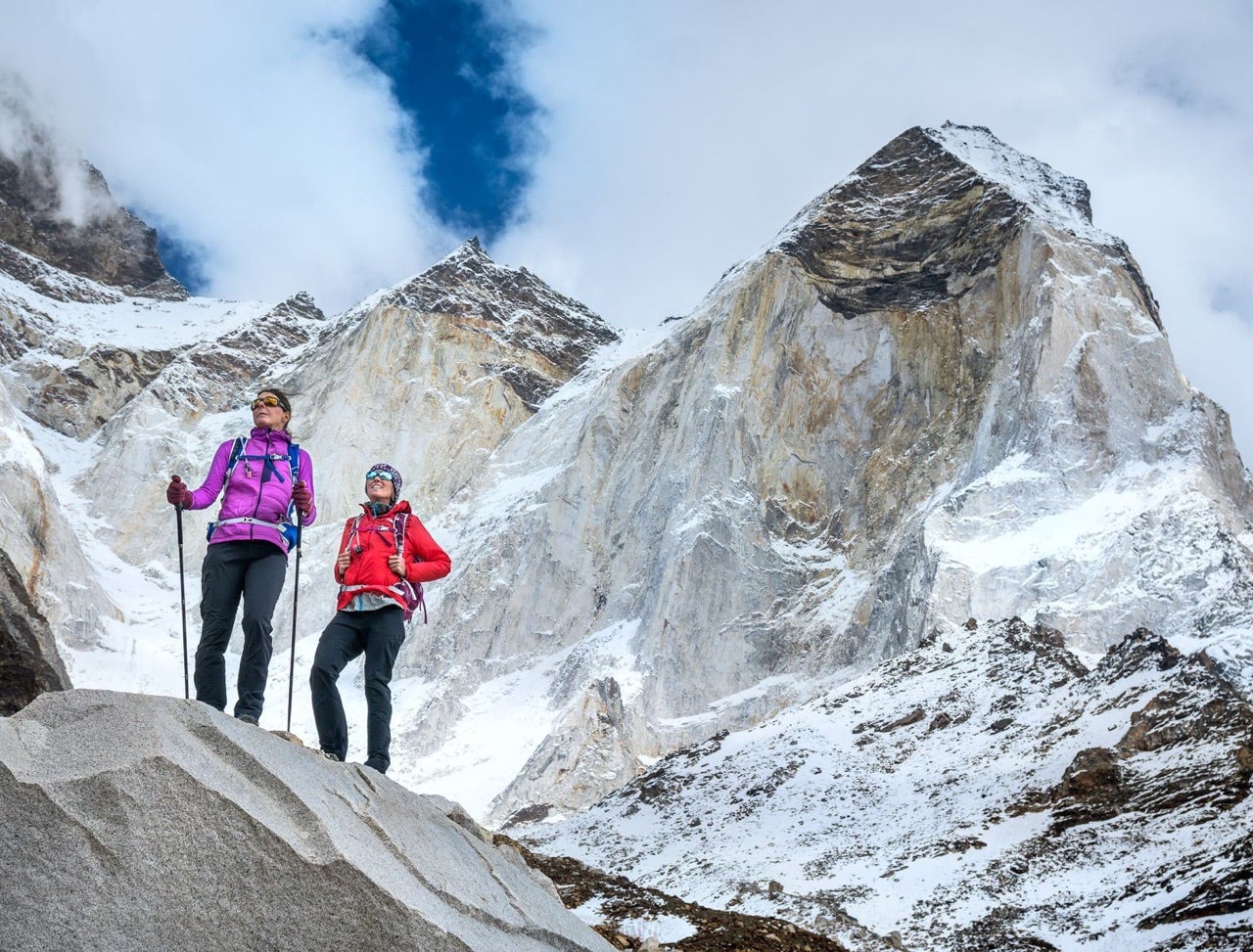 We stand like those kids, necks craning to the sky. Awakened by stars and mountains. A first time. This time. Over-and-over again.

***
Want to know more about the Gangotri Glacier Tour? Find out more at rucksacktours.com.