A Secret Crag Tour In Croatia 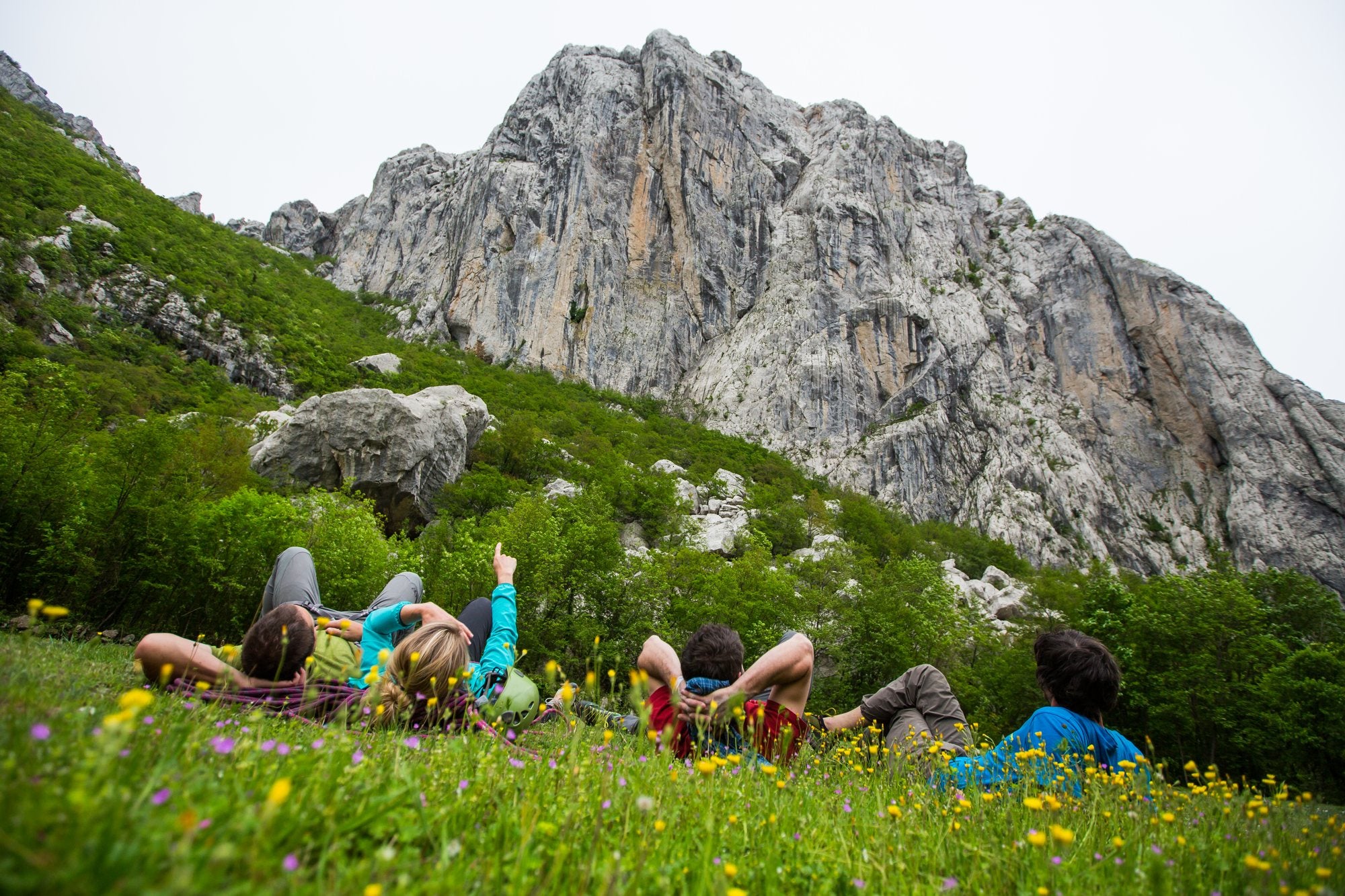 My first experiences with Croatian hospitality were my father’s stories from the UN peacekeeping mission there in the early ’90s. One of his favorites was about being shown the countryside around Zadar, close to the mountains of Dalmatia, by a Croatian general who was escorted by four beautiful women in see-through tops. Twenty-one years later, I didn't meet anyone in translucent clothing [spoiler alert], but we did find gracious hospitality, little evidence the war had ever happened, and beautiful, unpolished limestone sport climbing.

I would love to help, no problem.

And with that began our Croatian climbing tour.

We met Vedrana Simicevic in person above a small town on the eastern coast of the Istrian peninsula, at a crag perched high above the light-green-mixed-with-blue Adriatic. As we walked down to the crag she was just lowering off a warm-up, and waved warmly. Sam and I approached the half dozen locals talking and belaying there, every single one came over and introduced themselves before returning to animated conversation—loud banter that immediately reminded me of home, despite my total lack of understanding of Croatian. Right away we were all sharing warm-ups and ropes. 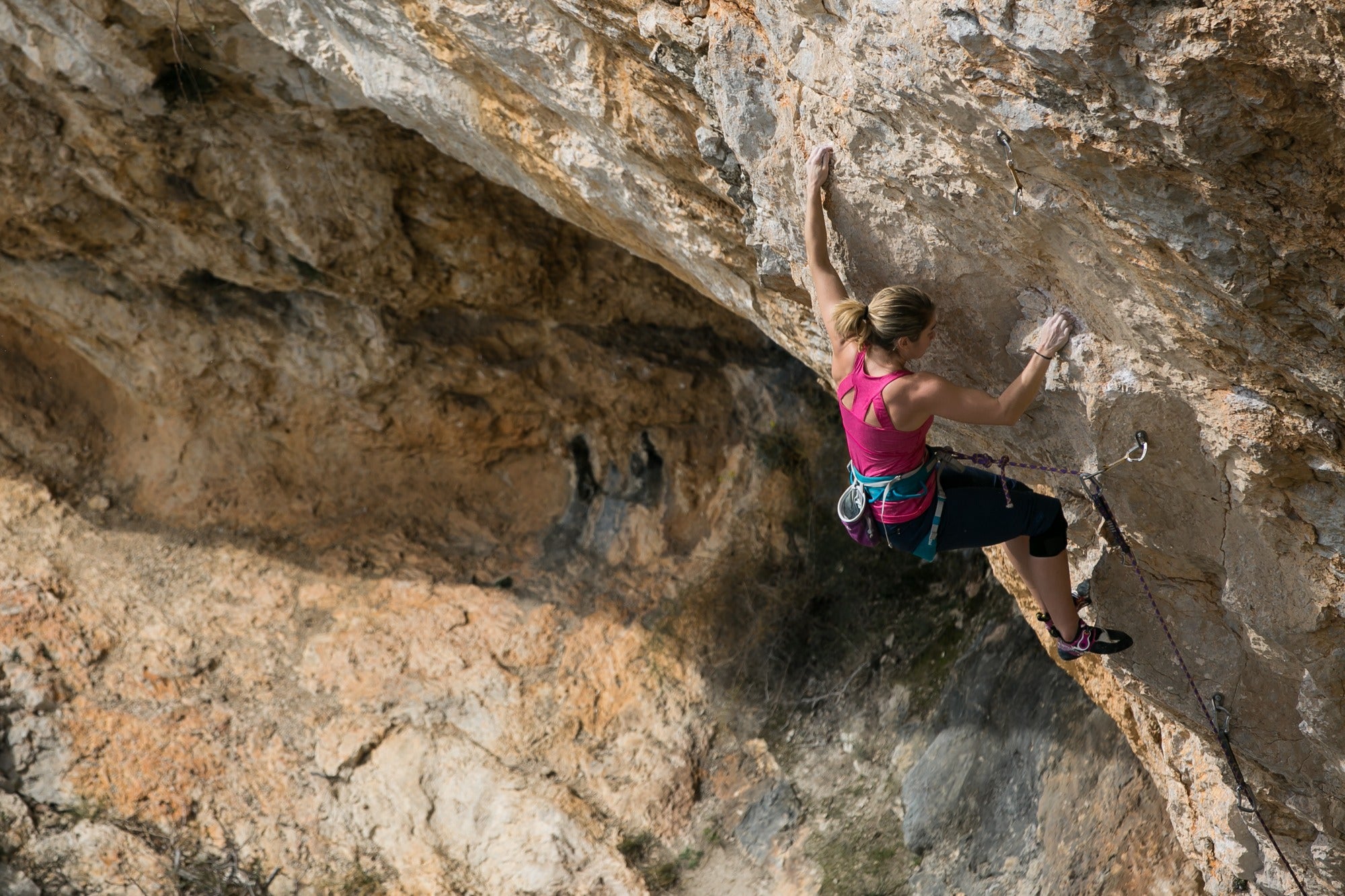 Come day’s end, Vedrana took us to a little bar with a great beer selection, as one of our crew, Jeremy Fitchet, is the head brewer at Tuckerman’s Brewing Co. in Conway, New Hampshire. On our way home she gave us the fat handful of asparagus she had picked on the hike out that afternoon.

We had been in Croatia for 48 hours and this short-haired, quick-to-smile, conversation-loving new friend of ours had already written us three long emails with climbing beta, invited us to a secret crag, picked asparagus for us, and introduced us to her friends, who had in turn, invited us to a birthday party for her at another secret crag for long pitches, grilled sausages and, of course, beer—three of my favorite things. 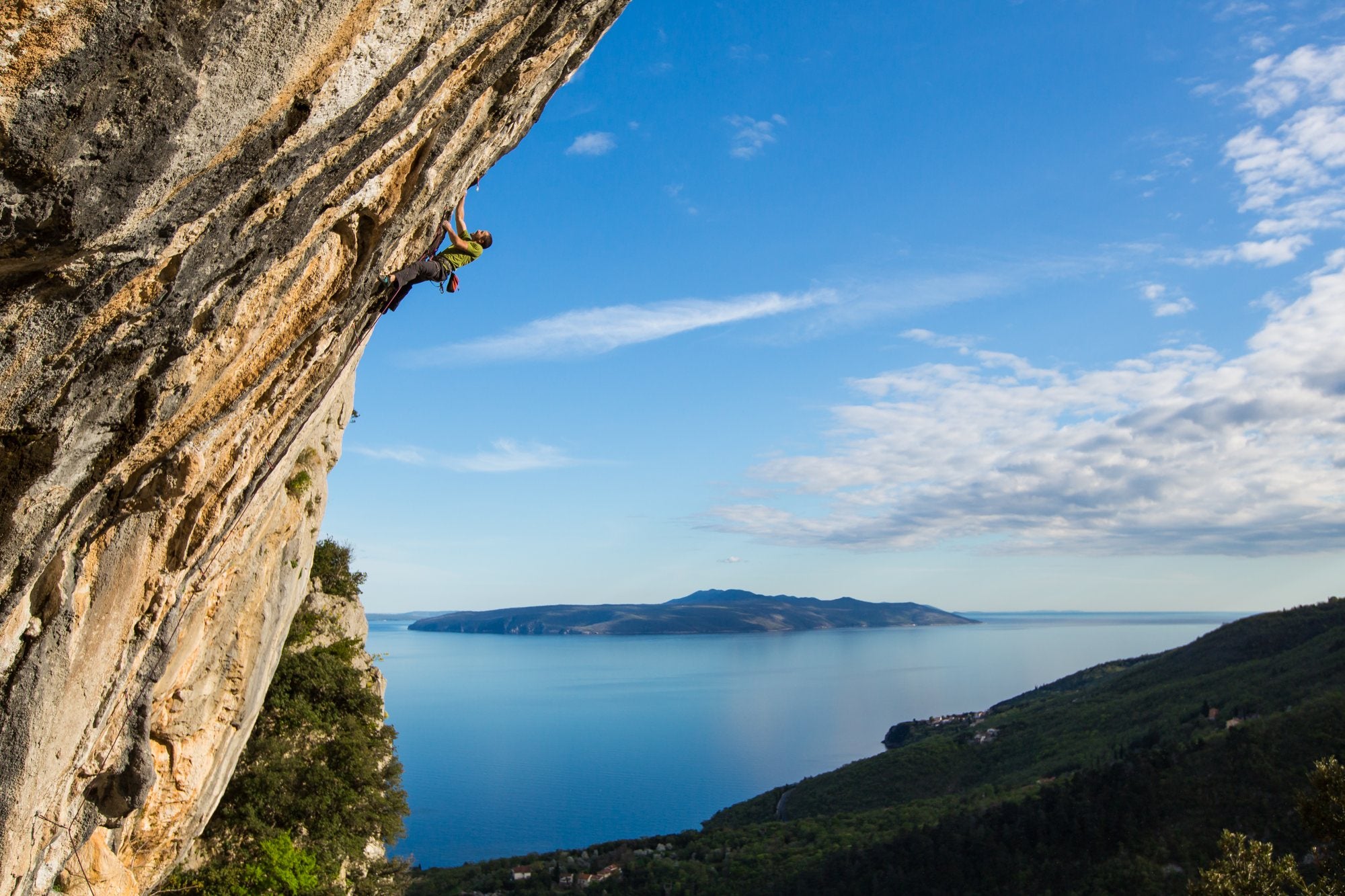 The second day of the Istrian secret crag tour was just as warm and welcoming. We met in a tiny, ancient village perched on a cliff over the Adriatic Sea for coffee as, we were told, is the Croatian custom before doing pretty much anything. It was around noon, warm, breezy and the crag had afternoon shade. Most of the local crew was already down there getting warmed up. We poked around the ancient village, reveling in the massive drop to the sea below a tiny church. Eventually we all hiked down the steep climbers’ trail which, around a corner, suddenly revealed a wonderfully imposing orange wall above half a dozen mostly familiar faces, a Jack Russell terrier, and below it all the impossibly colored Adriatic. 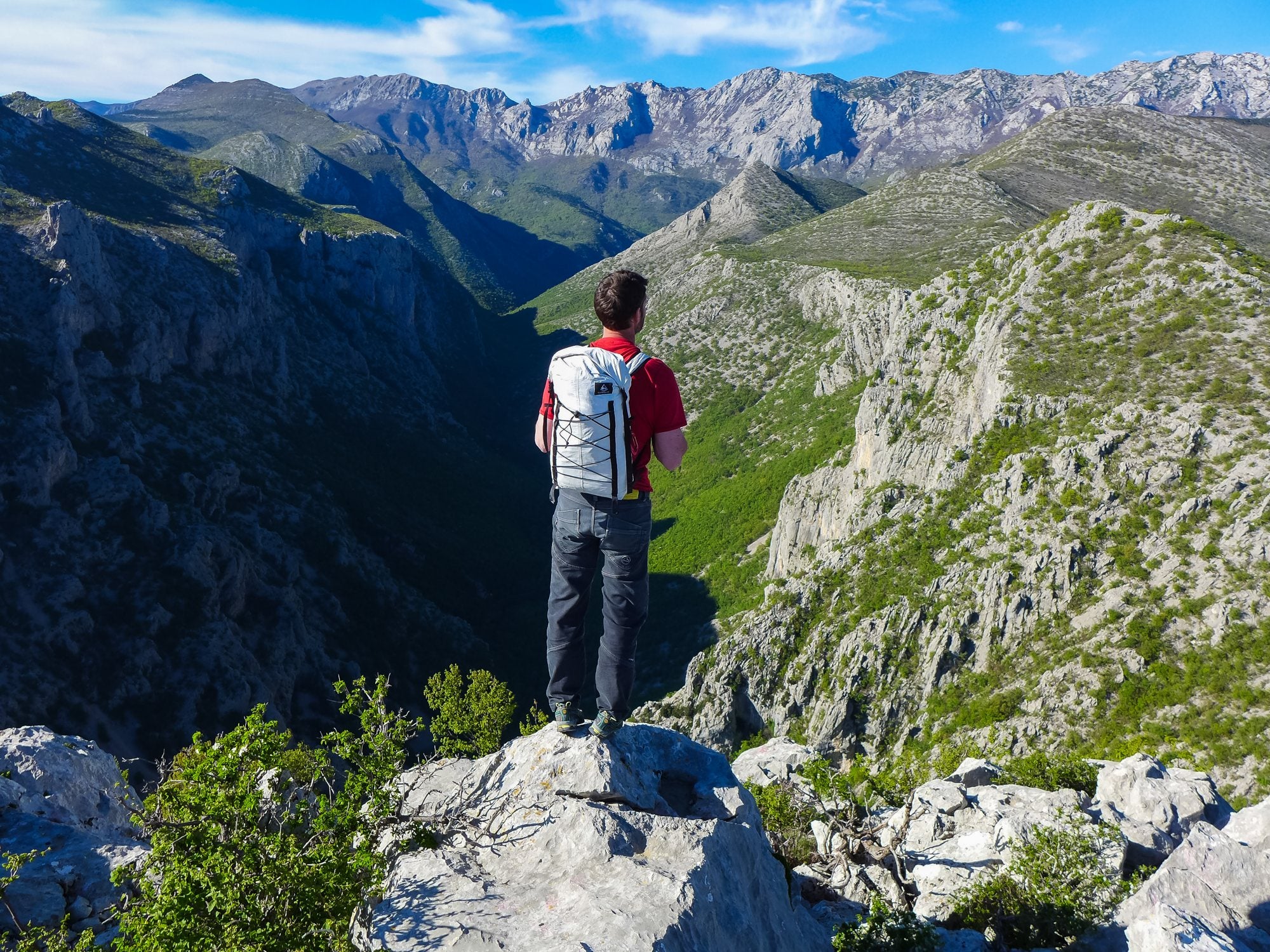 I was able to manage a flash of one of the recommended routes early in the afternoon, which was lucky, because after five sausages and a few beers I went for another lap … and it just didn’t go that well. They were good sausages, though.

Fair enough. “How about some beta on this next pitch, first?” Our boy Nino had good beta. 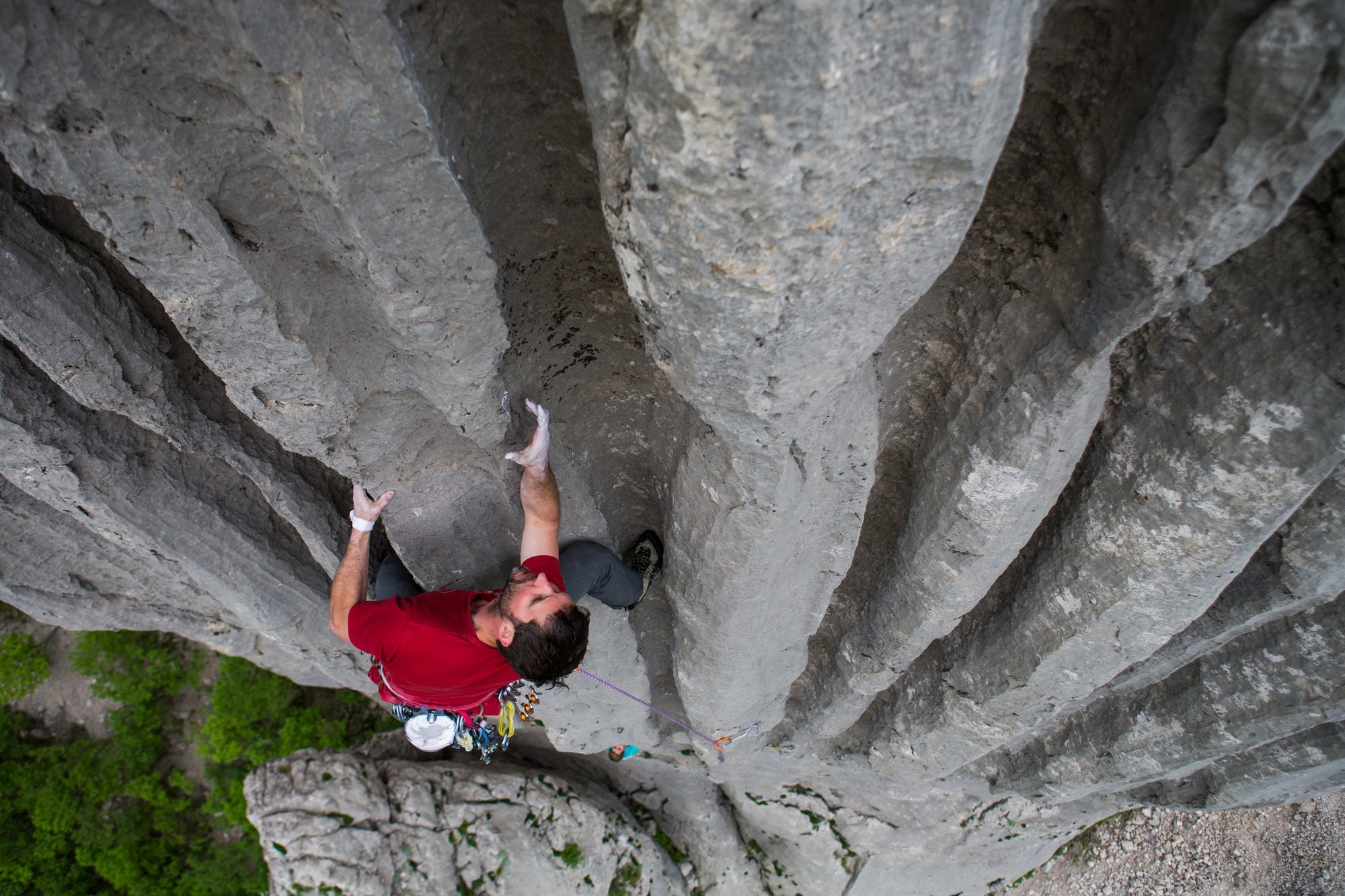 After 10 days of blissful cragging, exploring the beautiful countryside on rest days and hanging with the local posse, it was time for a change of venue. Our last half-day of climbing before the three-hour drive south to Paklenica saw the communal project go down for Jeremy and Sam, but I punted with absolutely shredded skin. Turns out limestone can be pretty rough when it’s not polished. It didn’t matter, though—I was happy, we made friends and got to see some great places that the guidebook wouldn’t have taken us.