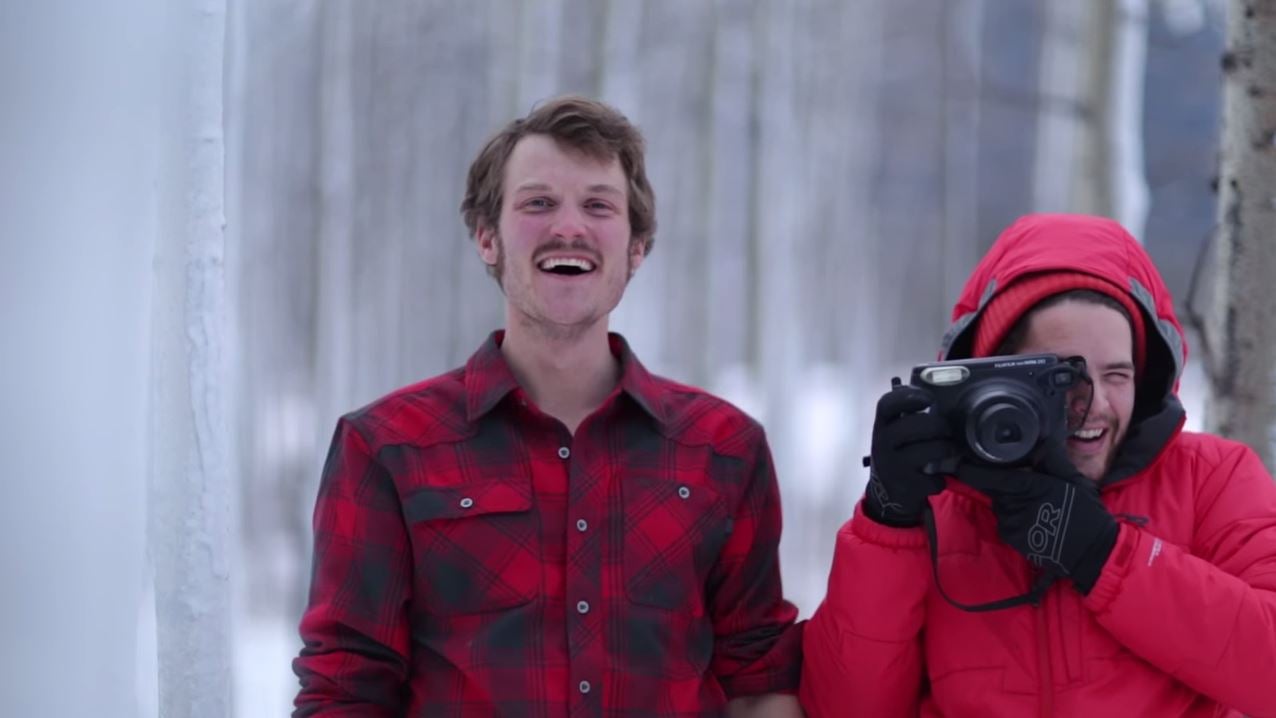 There are some people who see the world in a different, more beautiful way. Forest Woodward is one of them, and his photographs allow him to capture and share that unique vision. When he met alpinist Graham Zimmerman, the new friends quickly realized their partnership held tremendous promise.

“I’m fortunate to have the friendships and working relationships with many athletes on the Outdoor Research team, Graham Zimmerman in particular,” says Woodward. “When we first met, there was a realization there was potential for our relationship to be really beneficial to both of us, in the sense that Graham could teach me a lot about climbing, and I could have a positive influence on the creative side of what he’s doing as well,” he says.

In late 2013, Outdoor Research Creative Manager Joe Erfle, who’d been impressed by the duo’s past collaborative work, suggested they team up again to create a short film detailing their partnership.

“In my experience, the line between athlete and photographer blurs when both are out in the field working together,” explains Erfle. “So often, the photographers are forgotten; They’re this invisible presence, but they’re crucial to the story. It just seemed like an interesting dynamic to cover, and Graham and Forest represent it perfectly.”

Jokes Woodward, a little less sure of Erfle’s motivation, “Maybe Joe finally cracked and decided he wanted to get to the bottom of our bromance, to figure out what Graham is hiding behind that mustachio. All kidding aside, maybe he thought there would be something inspiring in our story, in the confluence of art and adventure. Then again, maybe he was just keen to get footage of us sharpening ice screws in our underwear in a basement in Exshaw, Alberta.”

As excited as he was to work with Zimmerman in a truly wild place, Woodward was a little hesitant when the opportunity finally presented itself.

“When I got the call from Graham, asking if I wanted to accompany him on a mid-winter ice climbing trip up into the Canadian Rockies, I immediately began making a list of reasons why I couldn’t and shouldn’t go,” he says. "’I don’t know how to climb ice’, ‘I don’t particularly like the cold.’ But the idea of getting to wield pointy metal objects and pretend to be a snow ninja while running around in the mountains with one of my best friends ended up winning out.”

Zimmerman was equally excited to share his love of the mountains with his friend.

“Being so far apart, we don’t get to hang out that often,” he says. “So we look forward to these opportunities to get together and hang out, and learn from each other, have fun, take photos, be silly … and go adventuring.”

Teaming up with filmmaker Alexander Lavigne, the trio filmed the ten-minute “Aberration” over the course of ten days in the craggy mountains surrounding Canmore, Alberta. (Additional footage was shot in Colorado’s Rocky Mountain Glacier Gorge and British Columbia’s Waddington Range.)

Below: Forest and Graham review selects from a shoot 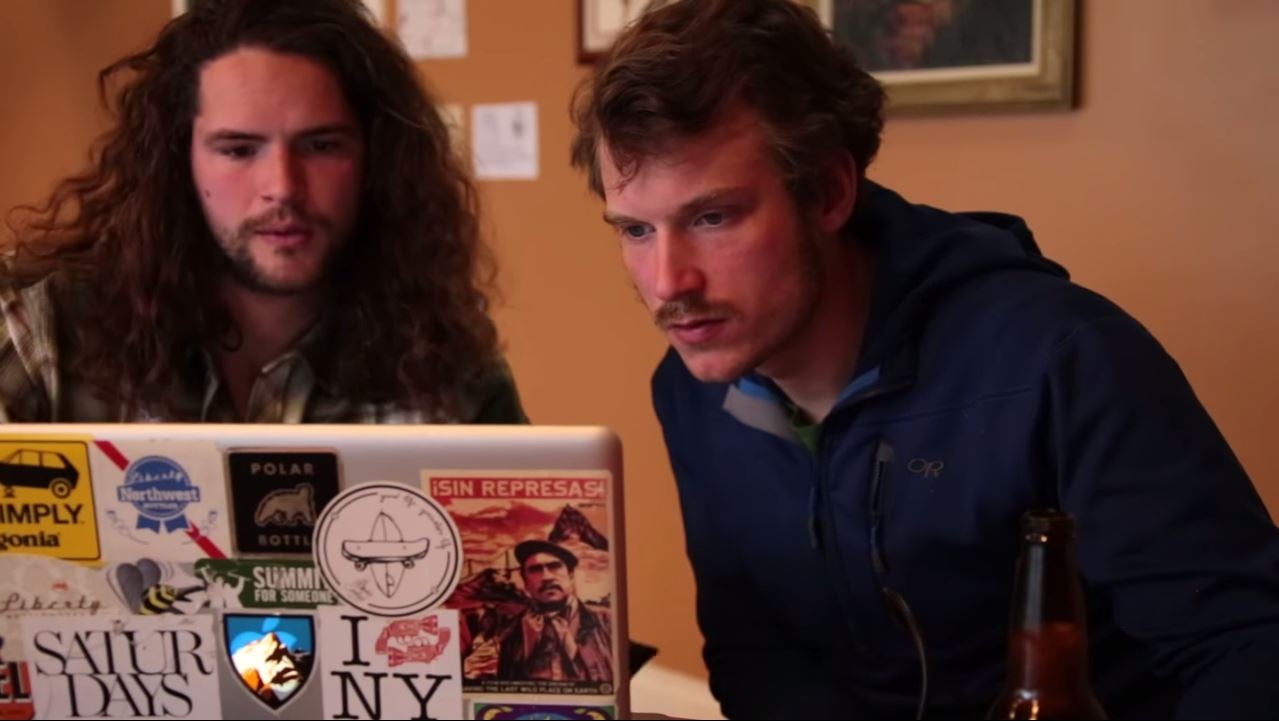 “I've wanted to do a photographer/athlete story for quite some time,” says Lavigne. “So when Joe (Erfle) came to me with the concept last fall, I was very keen to jump onboard. The focus of the story is the relationship between two very good friends, and their quest to climb and capture beautiful images. And simply to have fun.”

“For Graham, this was a mellow trip,” he says. “No big objectives except to introduce me to the world of ice and mixed climbing, potentially scare the shit out of me, and make a short film along the way. We spent about two weeks together before the trip, with Graham giving me a crash course in ice and mixed climbing and getting our gear dialed back in Seattle, then road tripping it up to Canmore for ten days of climbing and filming.”

Despite Zimmerman’s plan for a mellow trip, there were still some hair-raising moments.

“Shooting Graham climbing Fearful Symmetry (WI6) was the most nerve wracking for me,” admits Woodward. “We had to climb a few pitches to get into the amphitheater where Fearful forms, and that was all well and good, but seeing the party in front of us take a look at the route and then decide to pass on it … that gave me some cause to be nervous for Graham. I was never more happy to see him safely back on the ground than after Fearful. The whole time I was shooting I was talking to myself like ‘Come on Graham. You got this buddy!’” 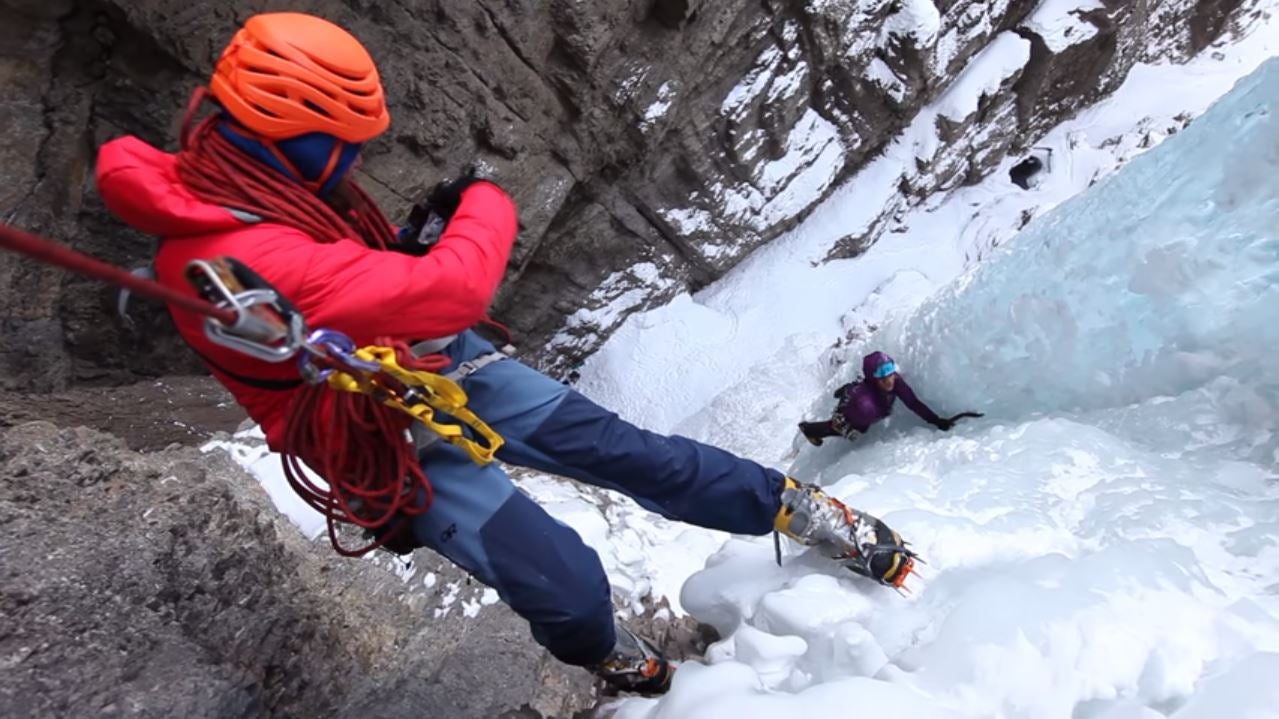 At the end of the ten-day shoot, Lavigne left with enough footage to create “Aberration.”

Says Woodward, “Shooting with these guys for Outdoor Research was a different experience than I’ve had with most other commercial assignments, where I go out and shoot with models or pro athletes for a few days in a pre-determined destination. When Graham and I go out on a trip, it’s equal parts adventure, collaboration, creation and good old-fashioned fun. That sense of freedom and exploration makes every trip unique, memorable and enlightening in ways I can never accurately predict or quantify, and always leave me stoked for the next adventure.”

For Zimmerman, he found through filming "Aberration" he learned as much about the art of photography from his friend as he taught about alpine climbing. “I feel like I look at a scene, and I can see something that’s beautiful, and I can see something that I appreciate; And then I’ll see these photographs that Forest takes of these scenes … and the way that he sees the world just blows my mind,” he says.

Says Woodward, “Graham is one of the rare individuals who possesses the ability to pretty much always keep the world in fine perspective, and to find the good — no not just the good, the best — in every person and situation. He is driven as an athlete, but also reasonable in his expectations of how much he can push the limits of others. And crucially, he has a knack for photography and filmmaking himself; He gets the “art” in it all.”

Below: A shot from Forest's work in Alberta's Ghost Valley 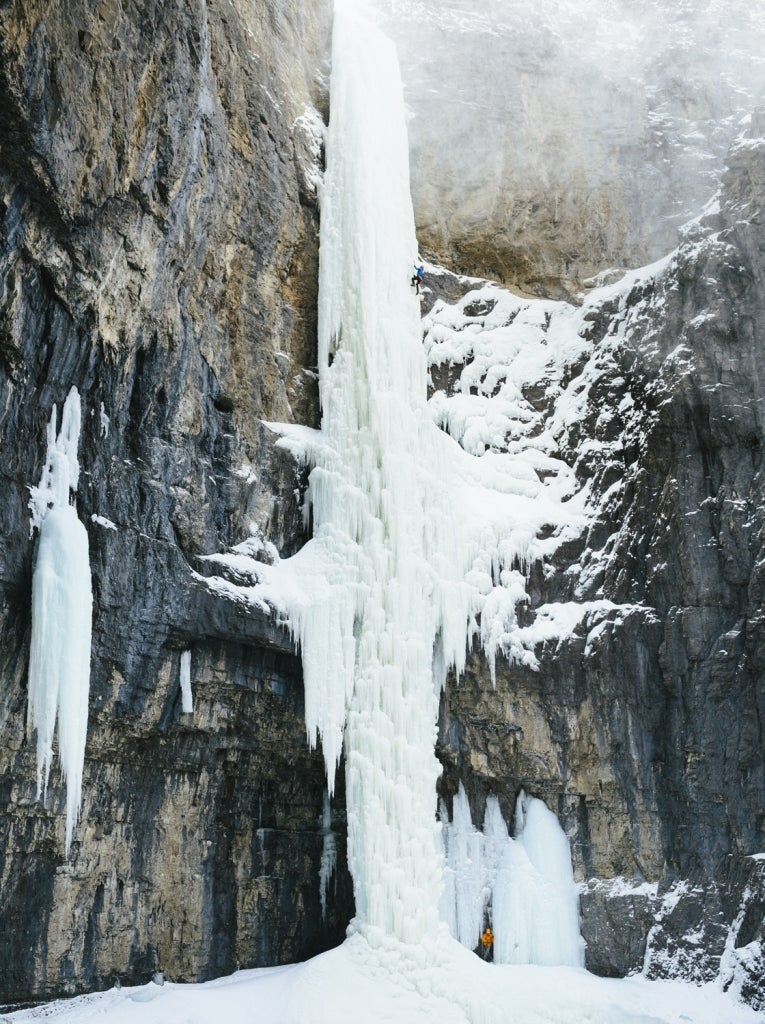 Reflecting upon the completed film, Woodward believes his greatest takeaway is on the theme of collaboration.

“I feel really fortunate and flattered that Graham and I were given the opportunity to go on this trip together and to film and share some of our process along the way,” he says. “It’s a gift to get to work on projects that combine this level of creative freedom with existing friendships, and similarly aligned goals for learning, collaborating and exploring in a wild part of the world.

“Graham and I have a shared love of the mountains and the way they test and, for lack of a better word, refresh us. We’ve both been drawn to wild places since our early days, long before we knew one another. But with Graham's guidance, I’ve developed the skills and confidence to push into a whole new wintery world, to climb some big damn icicles I never thought I would have any business hanging from with an ice axe. And, hell, at the end of the day, regardless of how much we ‘grow’ or ‘push’ or ‘create,’ … we laugh our asses off, and for me that’s enough.”

“I suppose we all go to the mountains for different reasons,” says Woodward. “I hope 'Aberration' reminds folks that whatever their own reason is, they should follow it in the company of friends who share that stoke.”