After The Women's Climbing Fest: Let's Talk About Barriers 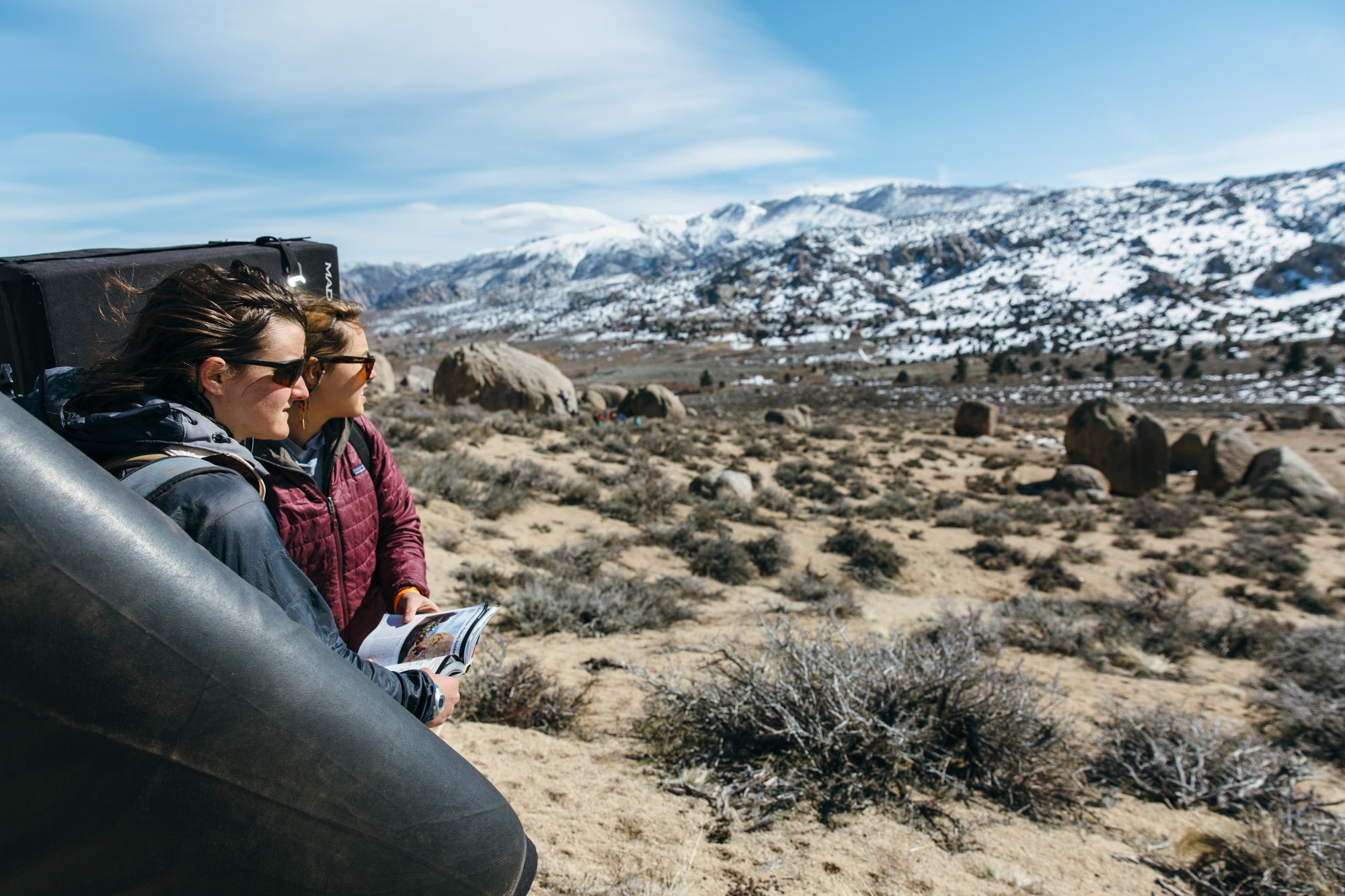 As morning light filtered through the windows of the Tallman Pavilion in Bishop, California, a couple hundred women wearing colorful pants and puffy jackets gathered for a Women in Climbing panel discussion, facilitated by Flash Foxy’s founder, Shelma Jun. The panel was stacked with female powerhouses of climbing, and the room was brimming with energy.

“Energy” had been the buzzword all weekend at the second-annual Women’s Climbing Festival. Conversations struck up instantly. Friendships were being formed, dreams schemed, contact info swapped. Female climbers were so thrilled to be in the presence of their kind. But for as much connection and community as I saw throughout the weekend, in this moment there seemed to be a curious disconnect between those on the panel and those in the audience. 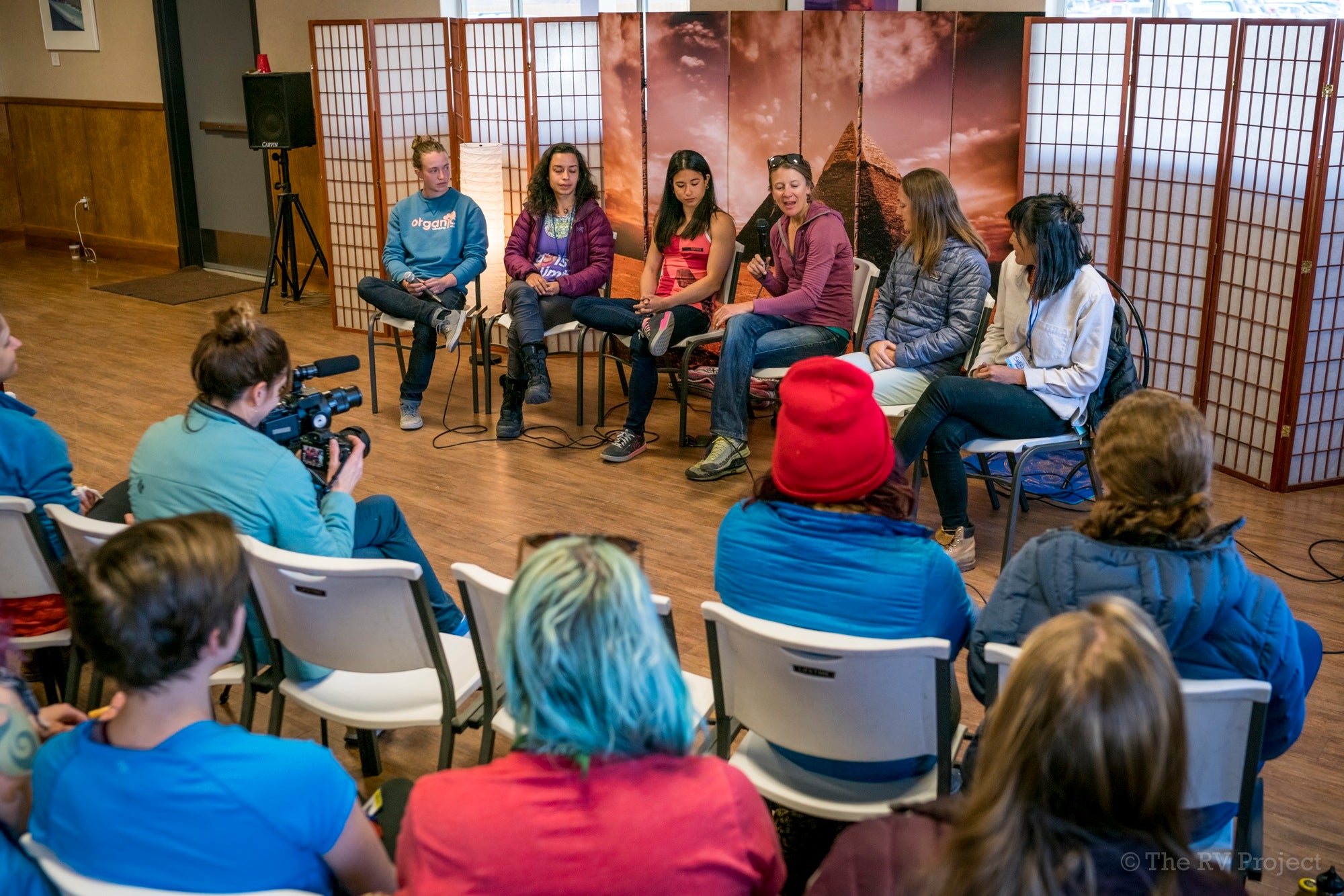 The audience wanted to talk about men. They wanted to tell stories of men never giving them the opportunity to lead. Dealing with uninvited “help” from less experienced men. Being pigeonholed as the girlfriend climber. Being belittled, the 10:1 ratio, barriers to entry. They wondered how to move forward in a sport that seems so male-dominated, how they were supposed to get stronger when—so often—they felt men were making them feel small.

That’s exactly why Shelma founded the Women’s Climbing Festival last year—and why this year it sold out in five minutes, with 300 women in attendance and 805 on the waitlist. Clearly, women want to climb—to climb hard, passionately, and with a sense of agency and power—and are struggling to make that dream a reality. But somehow, in that panel discussion, the women on stage didn’t seem to share the audience’s perspectives. 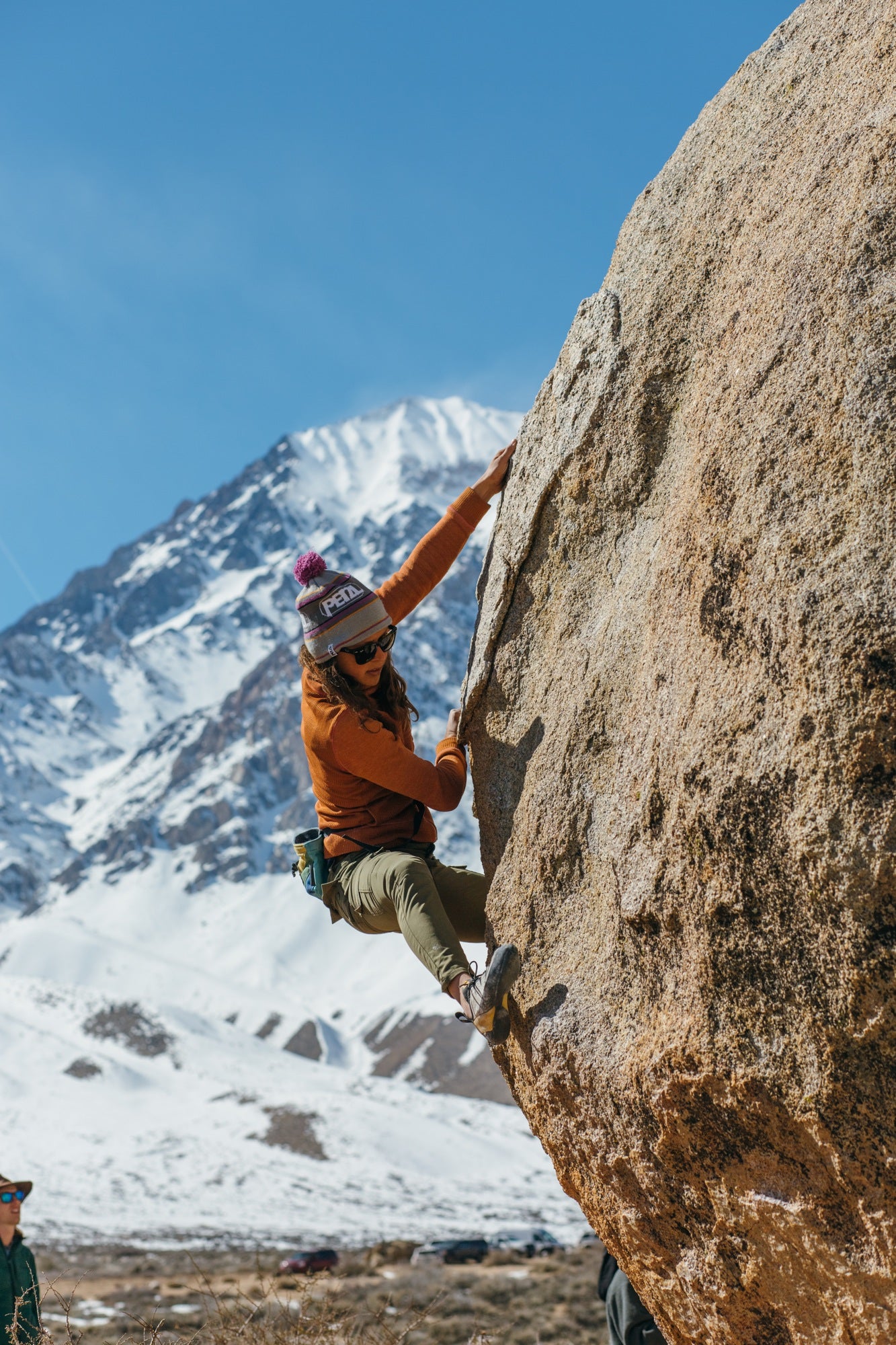 The panel lasted for an hour, and could have gone on for 10. As Shelma and the crowd posed questions, I listened in fascination as the pro climbers and members of the industry struggled to get on the same wavelength.

Why aren’t there more women putting up first ascents? Nina Williams (who, days previous, had pulled off the first female ascent of Ambrosia, an imposing V11 Buttermilks high ball), admitted honestly that she struggled to find interest in the process, and Kate Rutherford (an extremely accomplished alpine rock climber) reflected that she has put up a number of first ascents, all over the world.

Why don’t women route set more in the gyms? Flannery Shay-Nemirow (a wicked-strong boulderer and renowned indoor route setter) reflected that though the door is open, women simply aren't involved, and talked about a few upcoming opportunities women could attend to learn the skill.

What can we do to show men that we are their equals? Jenna Johnson (Patagonia’s Senior Director of Global Technical Outdoor) reflected on her two decades of climbing, saying she felt she’d been on equal ground the whole time.

What’s going on here? I wondered. The crowd seemed so eager to talk about barriers, to find some affirmation from the panel that, No, it’s not easy being a woman in climbing, and, Yes, the odds are stacked against us. But the panel members, though genuine, caring and interested, were quite simply not handing out those condolences.

Later that day, I chatted with a local female guide about the morning’s event. "If women aren’t putting up first ascents, it’s because we aren’t putting up first ascents,” she reflected. “If we’re not being ambitious, it’s because we’re not being ambitious.” We talked about how vast the possibilities seem to be right now: Guide services are scrambling to find female guides. Companies are scouring for women to sponsor. I know more single women living in their vans right now than men. 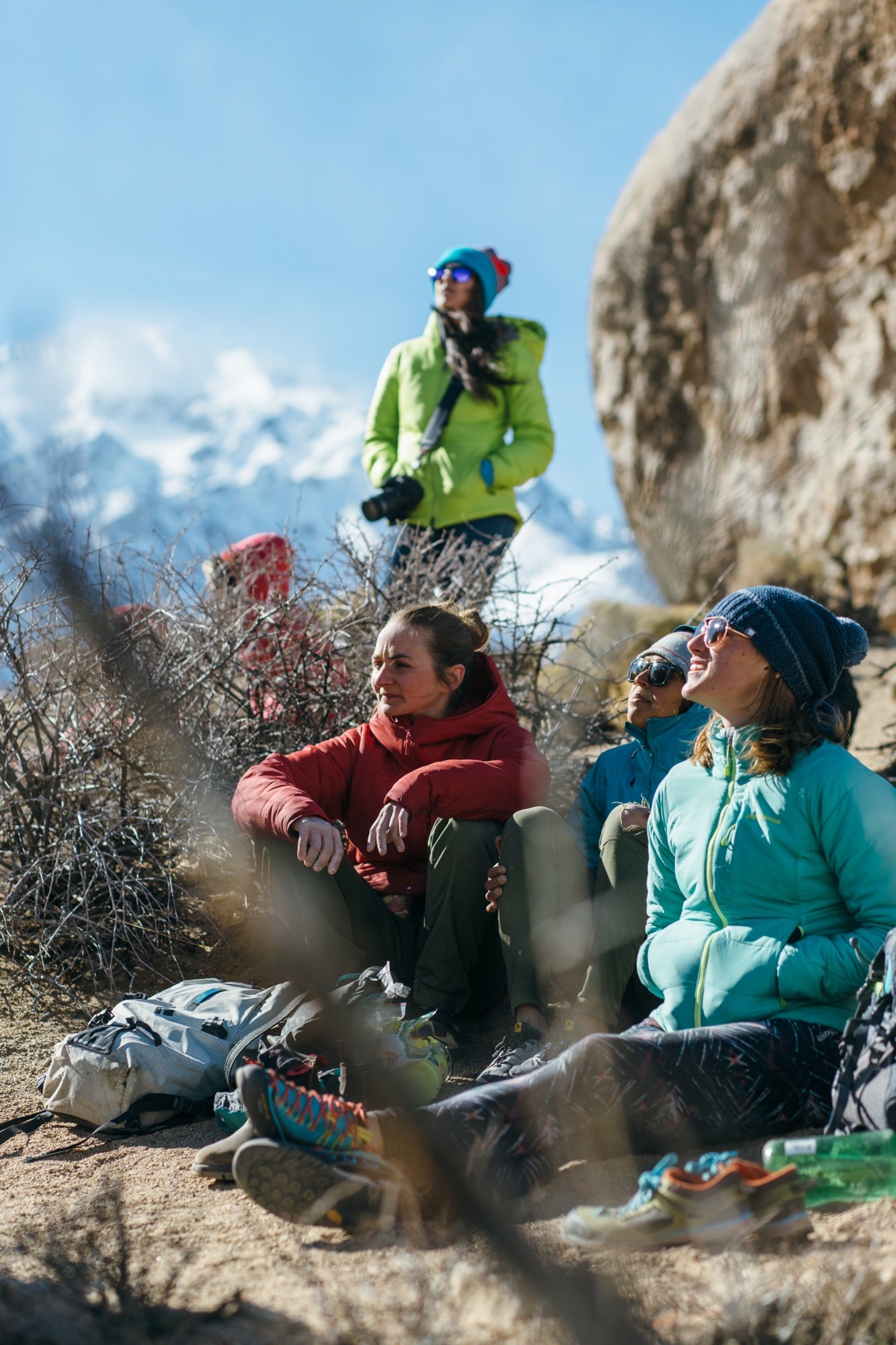 I certainly don’t want to downplay the harassment, objectification, or violence women experience, especially—chillingly—from those very guide services and gear companies. But I’d also like to bring light to this: It’s simply more possible to change yourself than to change others. More power comes from thinking what can I do rather than what are others doing to me. And maybe it’s that kind of power that’s fueling those women on the panel.

Much has been written in recent years about the so-called “confidence gap.” Studies show that women are less self-assured than men. Studies also show that to succeed, confidence matters as much as competence. Women don’t feel they deserve the big promotion, try to pass off our success to chance, and often don’t set lofty goals for ourselves to begin with. We become passive. This dynamic alone is enough to keep us suppressed, regardless of any positive or negative input from anyone else.

Personally, I’ve had to work diligently throughout my life to feel confident, and to conjure desire and ambition and develop a sense of ownership over my existence. It oftentimes simply feels out of character for me to set goals, plan big trips, or say yes, I can. Yes, I want to. Often, feeling small feels easier.

But that’s not the kind of life the women on the panel are living. They’re living fierce, bold, big lives. They show us that when we do try—when we choose confidence over timidity, and self-assurance over doubt—we do big things. They’ve moved past one barrier they actually had control over: themselves. Passion won out over fear.

As I drove away from the festival, the stark white of the High Sierra in my rearview mirror, I felt it to my core: We need events like this. As women, we need to be able to come together in groups small or large, to remind each other how powerful we are. To dream big dreams, to sprout deep wells of confidence, to see possibility reflected back to us by similar eager faces. We need women like Shelma, and women like Lynn Hill and Arlene Blum and those on the panel, to keep forging ahead—showing us what’s possible if we begin to say yes. And finally, we need the reminder to take a look at what we truly do have control over, and to choose love, passion, strength and confidence over fear.