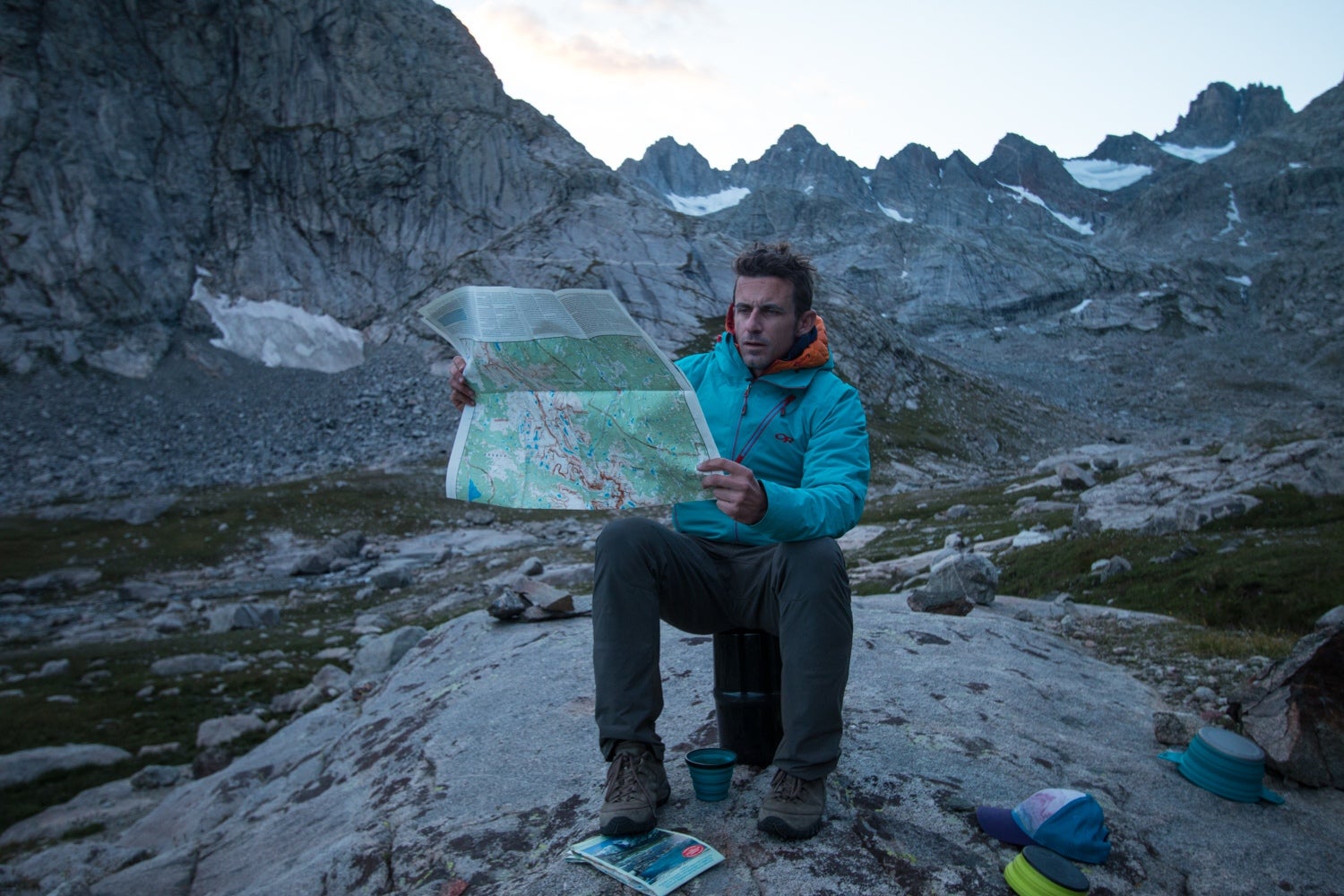 I’ve been exclusively wearing OR gear since 2011, the same year I started my website, Semi-Rad.com, about the pursuit of the everyman’s (and everywoman’s) adventure. I wouldn’t say I’ve ever gotten very good at anything, but I have spent a lot of days out there doing just about everything they design gear for: rock climbing, mountaineering, ice climbing, paddling, trail running, backpacking, hiking, skiing. And although OR doesn’t count bikepacking or bike commuting as one of its core sports, I’ve beaten the crap out of lots of OR stuff on pedal-powered adventures. Here’s a list of some of my favorite stuff OR makes: 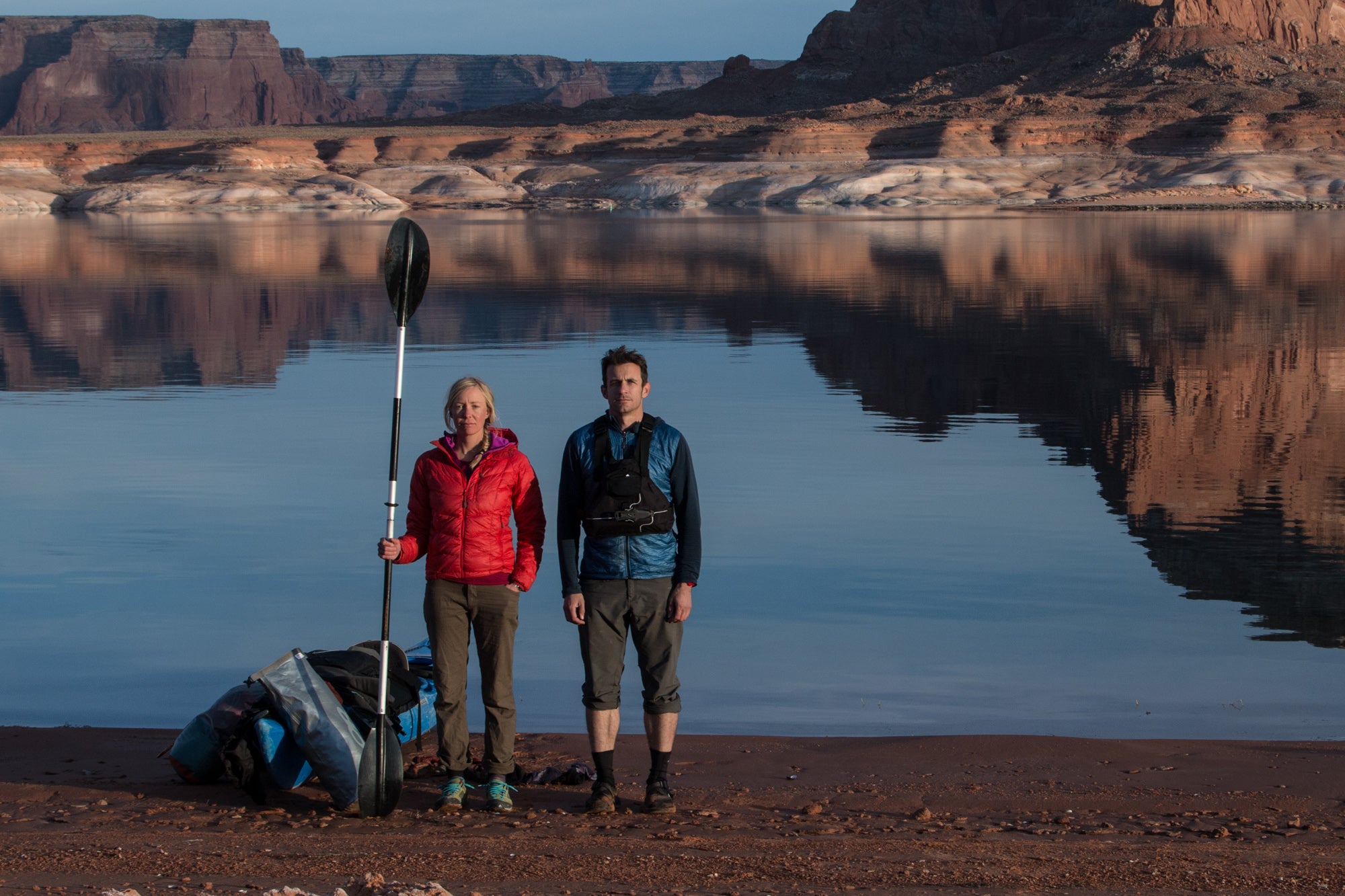 Deviator Hoody
I wasn’t the earliest convert to this now-celebrated piece, but it won me over for its all-season versatility: Winter uphill skiing, cold-weather running, and a summer and fall mountain active layer. Running into the wind (or skiing uphill) in the wintertime chills my chest and stomach, and the Deviator has insulation on the front to keep you warm in front while letting your body dump heat out the back and arms.

Voodoo Pants
I love the Voodoo pants because they look like jeans but fortunately stretch way better than jeans. Here’s one use: Wear them bike touring, rolling up the right leg for pedaling, then rolling it back down for taking a break in a cafe and having a coffee and pastry before jumping back on your bike. 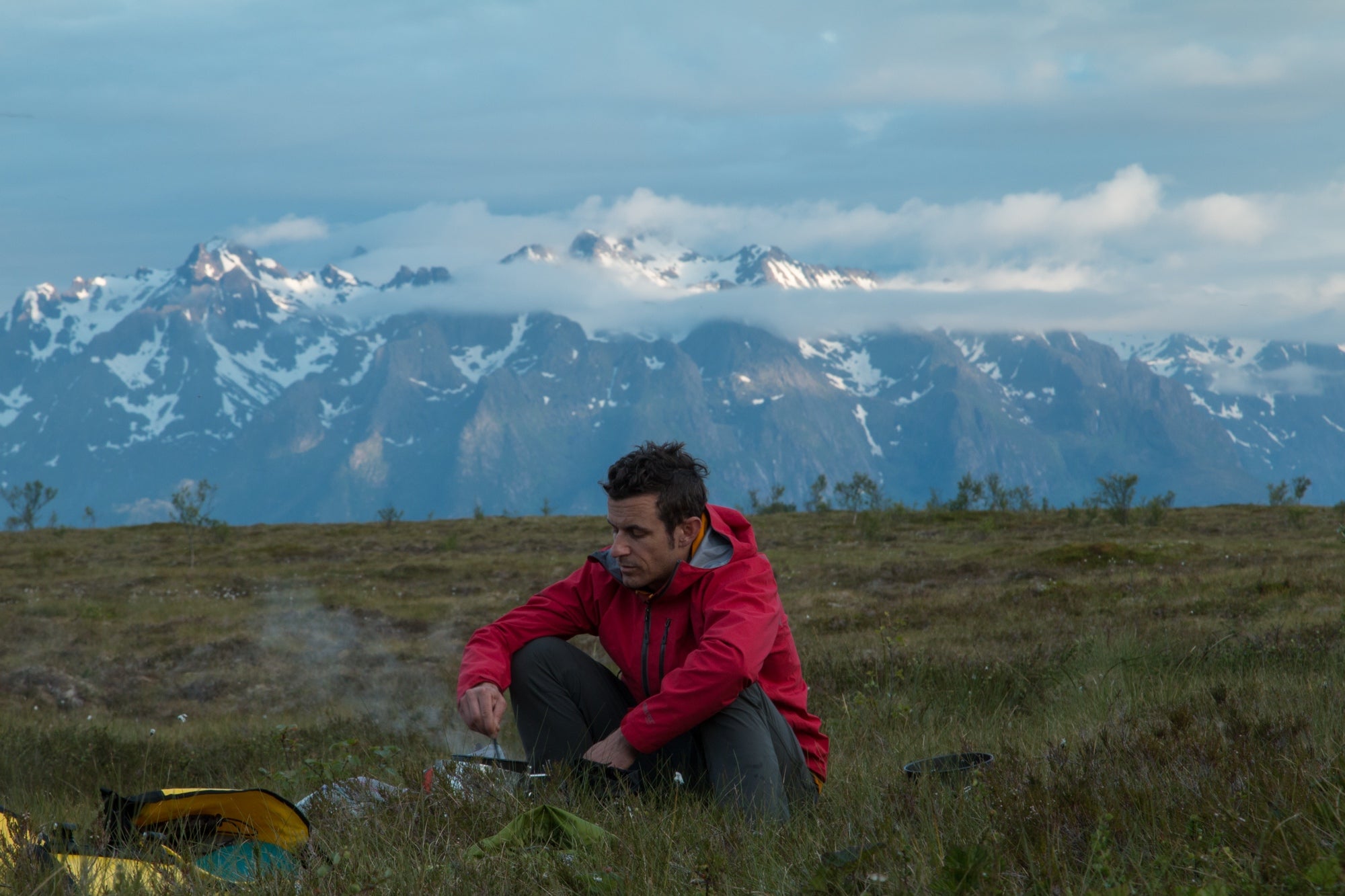 Axiom Jacket
I’ve had some color of the Axiom Jacket in my pack since 2012, as a wind and rain layer for climbing, a rain jacket for long backpacking trips, occasionally a force-field against marauding mosquitoes, and an around-town rain jacket in rainy climates like Ireland, Norway and the Pacific Northwest. It’s my “it’ll probably rain at some point on this trip” jacket and I’ll be sad if OR ever stops making it.

Iceline Jacket
I know the Iceline is actually an ice-climbing jacket, but I’ve been skiing more than ice climbing the last couple years, and I think it’s great for that. This is my go-to for skinning laps at our local ski hill—I put it in my pack for the climb, then pop it on at the top while I peel off my skins for the downhill. It’s effective at blocking 60 mph winds at the top—I just wish someone would help me get my arm in the other sleeve as the wind is whipping it and me around and blowing snow into everything.

Helium II Jacket
I’ve had this “just in case it rains” jacket balled up into its own stuff pocket in my bike commuting bag/briefcase for years, as well as in my trail running vest. It’s a tiny insurance policy and has kept me dry and warm while running back to the trailhead or pedaling home in a rain shower many times. 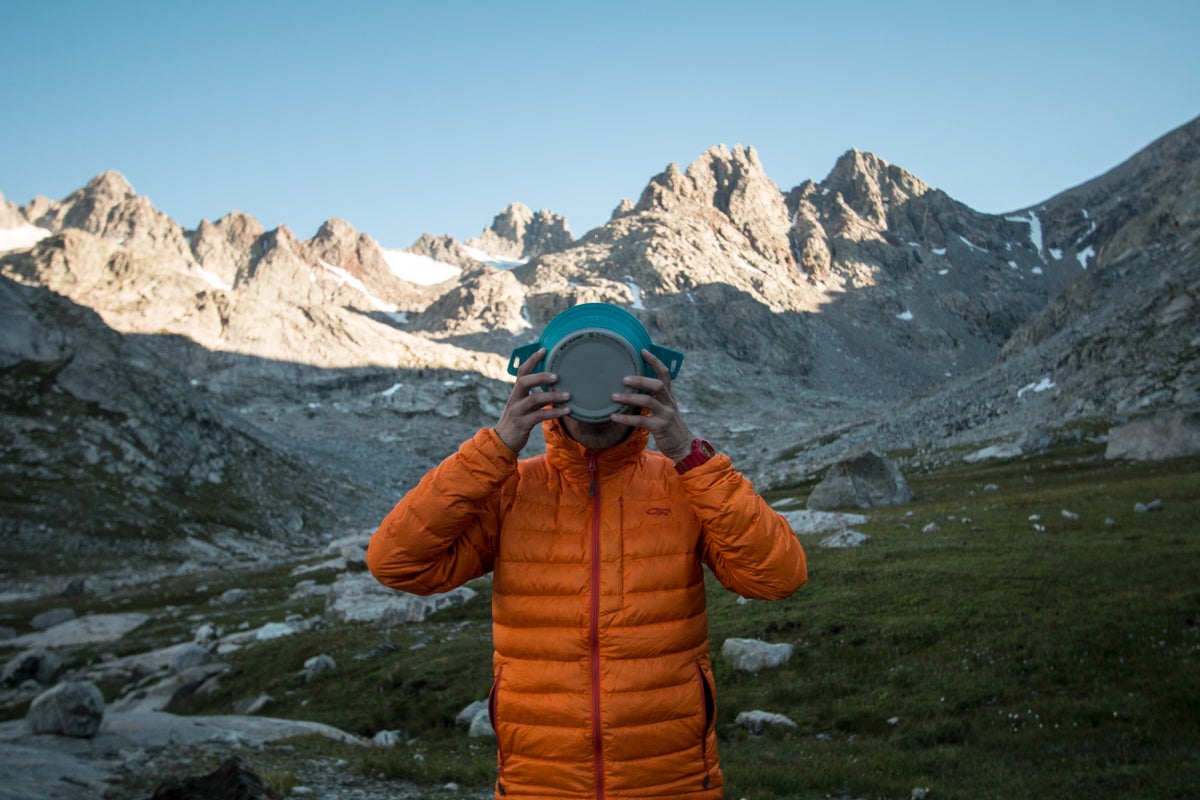 Transcendent Down Hoody
One of my “happy places” is drinking coffee outside somewhere, wearing a puffy jacket, and this is the puffy jacket I wear the most, in the mountains or the desert. I’ve taken the Transcendent Hoody backpacking everywhere, bike touring in Norway, bikepacking in the desert, and once on a trip to New York City when I forgot most people in the city don’t wear bright-orange jackets during the winter. Super-packable and crushable, it’s often a jacket during the morning and evening and a pillow at night.

Floodlight Down Jacket
When I found out OR was putting 20 percent more down into this jacket for 2017, I immediately added one to my list. If you like staying really warm in wet weather or snow, you’ll love this jacket. 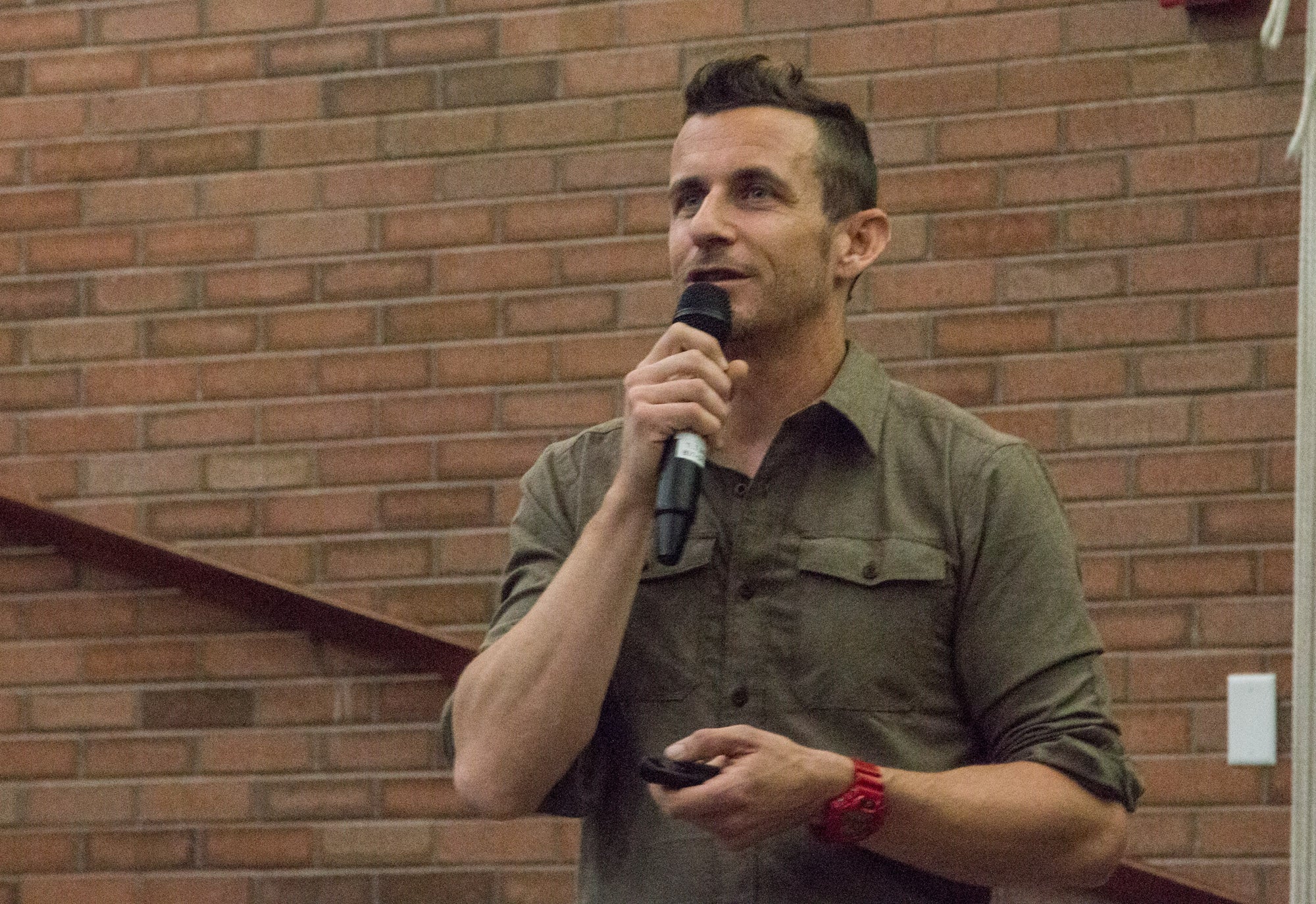 Gastown Shirt
Is this a dress shirt? My girlfriend gives it a thumbs-up. I wear it for public speaking, work meetings, and dinner at restaurants that have cloth napkins, and it seems to pass OK.

Lingo Beanie
I wear it for winter running, under a ski helmet, under a climbing helmet, under a bike helmet, stuffed in the pocket of my Deviator when I start running in cold weather and warm up after a few miles. Ultralight and packable, it's still just warm enough for lots of cold-weather days.

Speed Sensor gloves
These things are about the only thing speedy about my running. Why do runners wear shorts, short-sleeve t-shirts and gloves sometimes? Wear these gloves and you'll understand.

Burritos
Not an OR product, but in my opinion, burritos are quite essential to life in and out of the mountains. One of my favorite trail food tricks is to grab a frozen burrito and put it in the lid of my pack for a day hike just before I leave my house. By lunchtime, the burrito has thawed enough to be quite pleasant.