An Ode To A Moonlight Ski 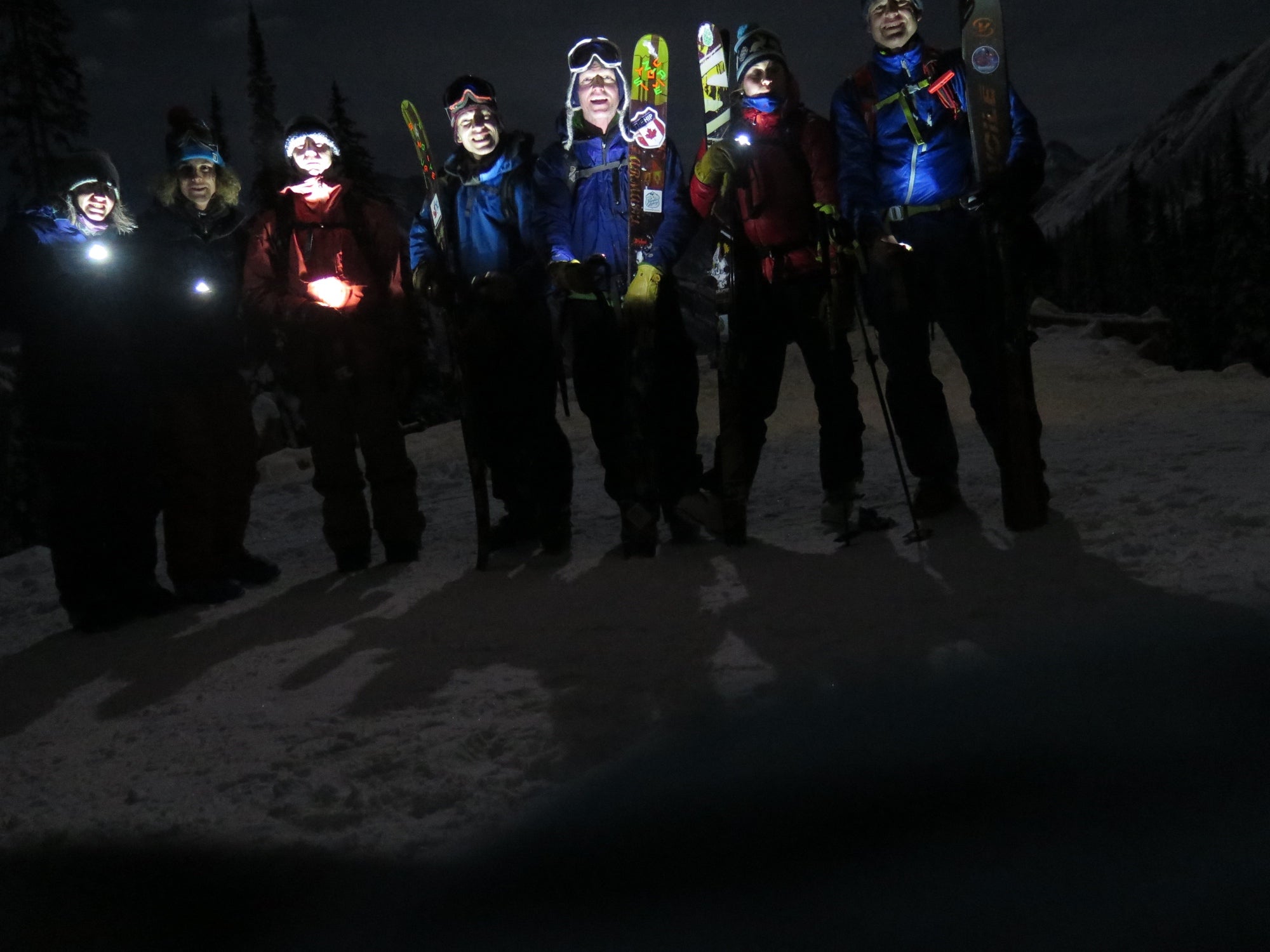 It was Team Canada that first started the buzz. Around the dinner table, they suggested a moonlight ski on Tuesday night. We’d flown into the Canadian Rockies and found our way to Icefall Lodge, a hut owned by Larry Dolecki. Our team members were Jessica Baker, Tess Wood, Cooper Kahlenberg and photographer Doug Marshall. At the staging area, we met our lodge-mates for the week: a group of four Germans, three Canadians and an American/Canadian team of two. And it was the Canucks with the good idea.

But skiing by moonlight is a lot to ask when you’re already tired. Tuesday rolled around, and after a long day in the cold everyone was hesitant to commit. On Wednesday the idea was mentioned again around the breakfast table. But after a post-dinner sauna everyone once again, seemed unenthusiastic about putting their ski gear for a midnight jaunt.

The Canadians, however, had not given up. After all, it was the Wolf Moon—January’s one full moon, when the wolves legendarily come out to howl!

The Canadians were rallying and the peer pressure mounted. The Germans politely refused and the pressure to participate rose. After five days of touring in negative temperatures, I searched for excuses: My boots wouldn’t be dry for skiing the next day, my ski socks were still damp, my knee was a little sore. But the resilient Canadians saw through my hesitation. It became clear that Thursday was the night.

Before I knew it, I was putting on my ski boots and walking out into the cold, crisp night air. We started out on the skin track, and the serenity of the night struck me. We’d grown to a group of seven. The moonlight reflected on the snow with a line of headlamps illuminating the skin track. Suddenly the night didn’t seem so cold and I wasn’t so concerned about my gear drying out for the next day.

Although we had made small talk around the dinner table all week and played some variations of charades, the higher we climbed on the skin track, the more we came together as a team. There was a mutual respect for everyone who was willing to participate in this nighttime adventure.  After an hour of skinning, we reached our transition point. Everyone high-fived and cheered as we turned our bindings into ski mode. We all switched our headlamps off for the ski down.

Even though we’d all skied that classic Icefall run before, skiing it at night gave us a unique perspective. We skied by feel. The snow illuminated by the moonlight gave us a completely new sensation. Each skier cheered with pure excitement as we skied down.

We returned to the hut united by our nighttime adventure in a special way, recognizing a common spirit in each of us.