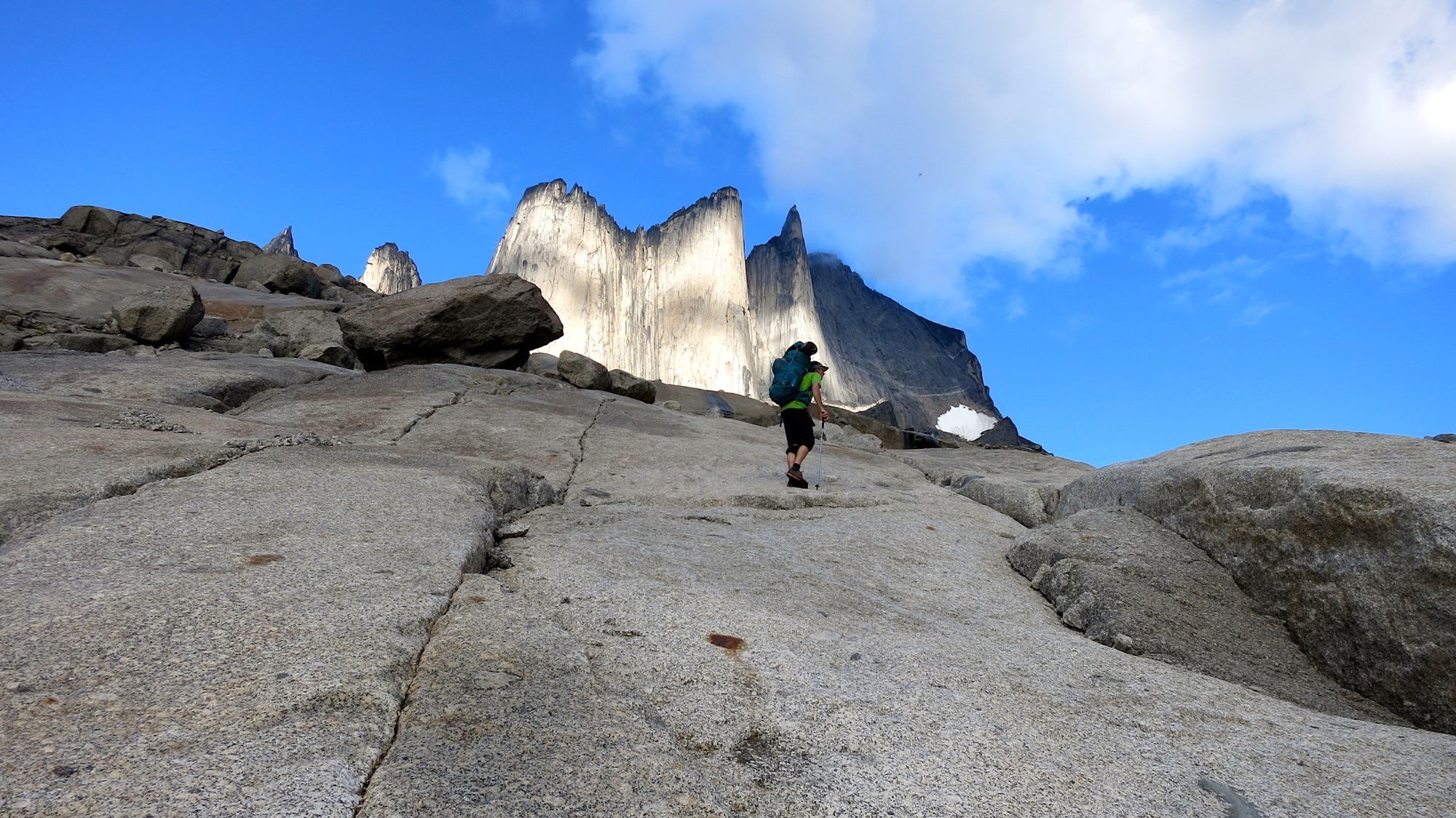 It started with the wine and mussels. Sort of. Late last night in some strangers’ geodesic dome tent, French girls offered us mussels and raw fish—telling us how nice the weather had been. At the same time, a couple of Argentines were recounting their recent ascent of War and Poetry on Ula’s west face. A little more wine and a few more mussels and we were convinced that a one-day ascent of War and Poetry was just the cure for our travel weary bodies and a great introduction to the big granite walls of Greenland. We hurried back to camp to pack our bags and get a few hours sleep. 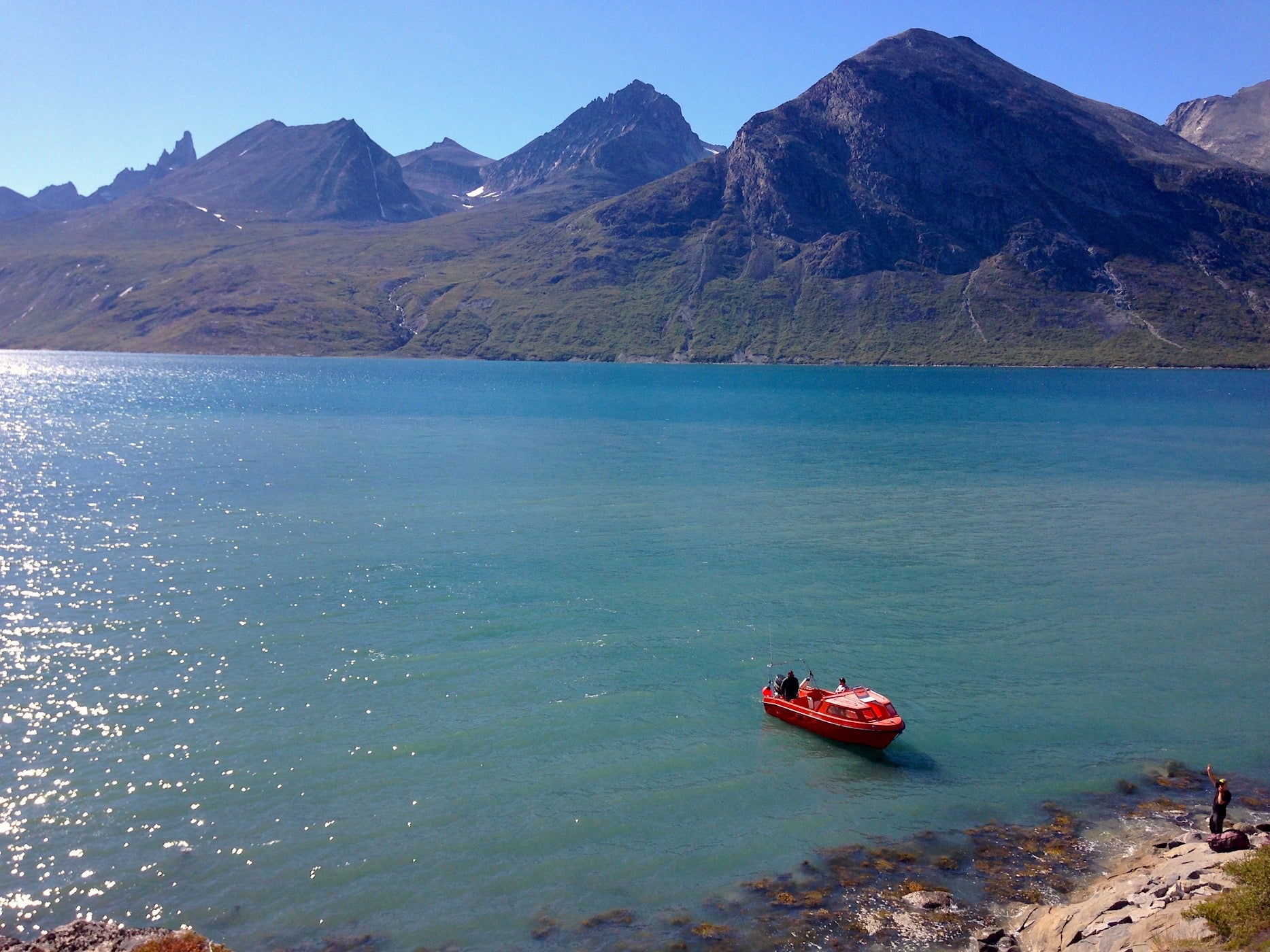 On July 25, I had set out on a journey to the fabled fjords of southern Greenland intent on doing a new route on an unclimbed face of the complex mountain that makes up Nalumasortoq. I was meeting my good friend and the mastermind of the trip, Blake Herrington in Iceland on the way to our first look at the huge granite walls of the Tasermiut Fjord. Our original third team member had to bail due to conflicting work commitments, so Blake suggested we invite his good friend, interminably psyched, Scott Bennett. I soon found Scott and his undying enthusiasm the perfect yin to my east-coast-puritanical-pessimistic yang!

I won’t bore you with the details of the delayed and cancelled flights, the hours spent in Icelandic airports and the heliports of Greenland trying to sleep or how expensive lattes are, as those are the principal “first world problems” of international climbing trips. Instead…

Sometimes, when the weather and the inspiration—read: wine and mussels—hits, you go for it. Within twelve hours of arriving in the Tasermiut Fjord of southern Greenland and unloading four weeks of expedition gear from Maliks’ orange outboard we found ourselves meandering up the clean opening slabs of Ulamertorssuaq. 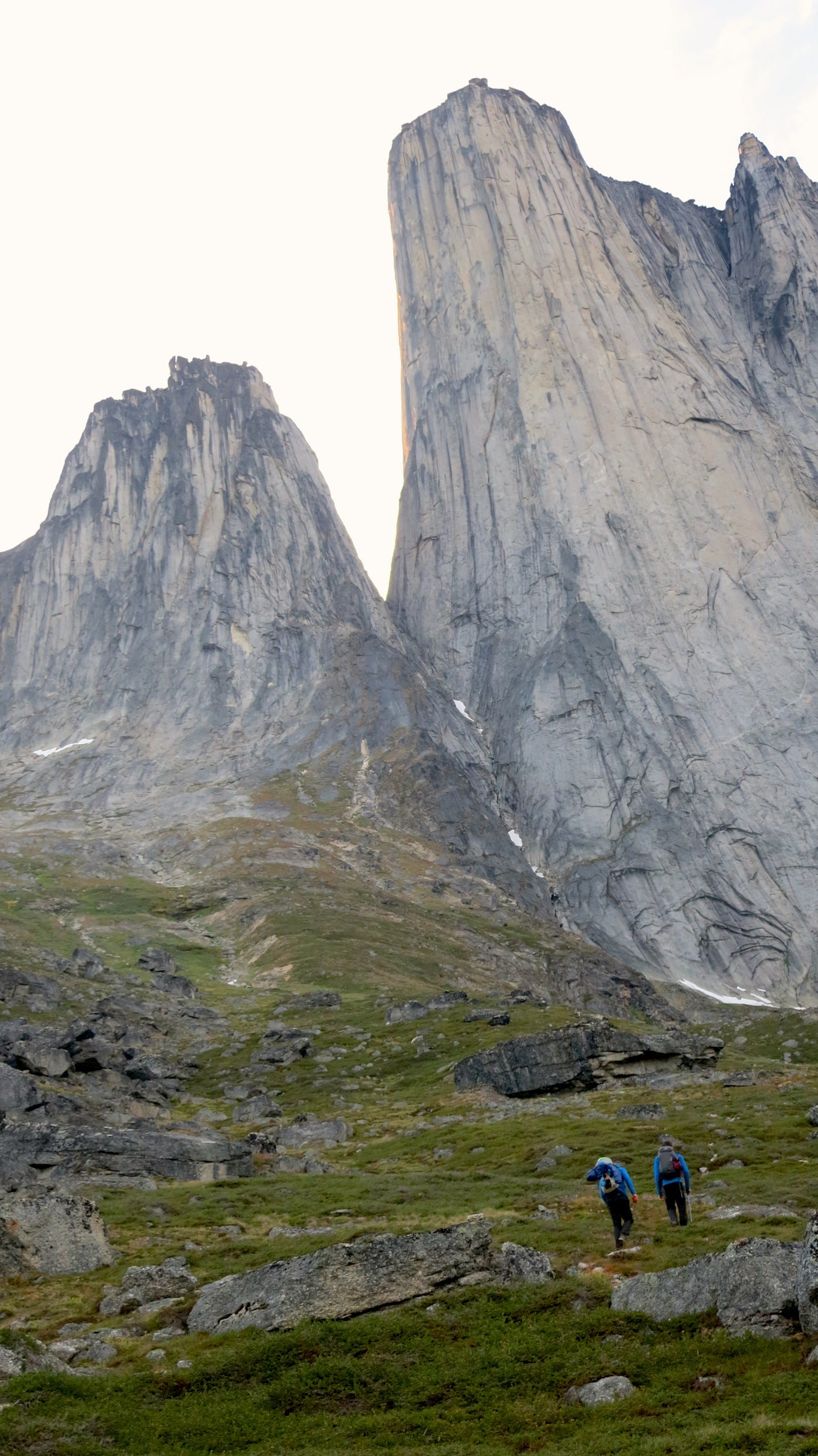 My phone started singing at 4:30AM and after a cup of coffee and some oats, we were off. At the base, and without a thought, Blake tied in and started climbing, leading the first of his ten-pitch block. As a team, we decided to use the new “follow on mini-traxion” technique that our friend Josh wrote about in a recent Climbing Magazine. Nothing like trying out a new technique with a new partner on one of the biggest granite towers in the world. Well, all I can say is that we are all believers, and the fact that it worked so well for us is a testament to just how simple and efficient it really is… I encourage you to check it out. 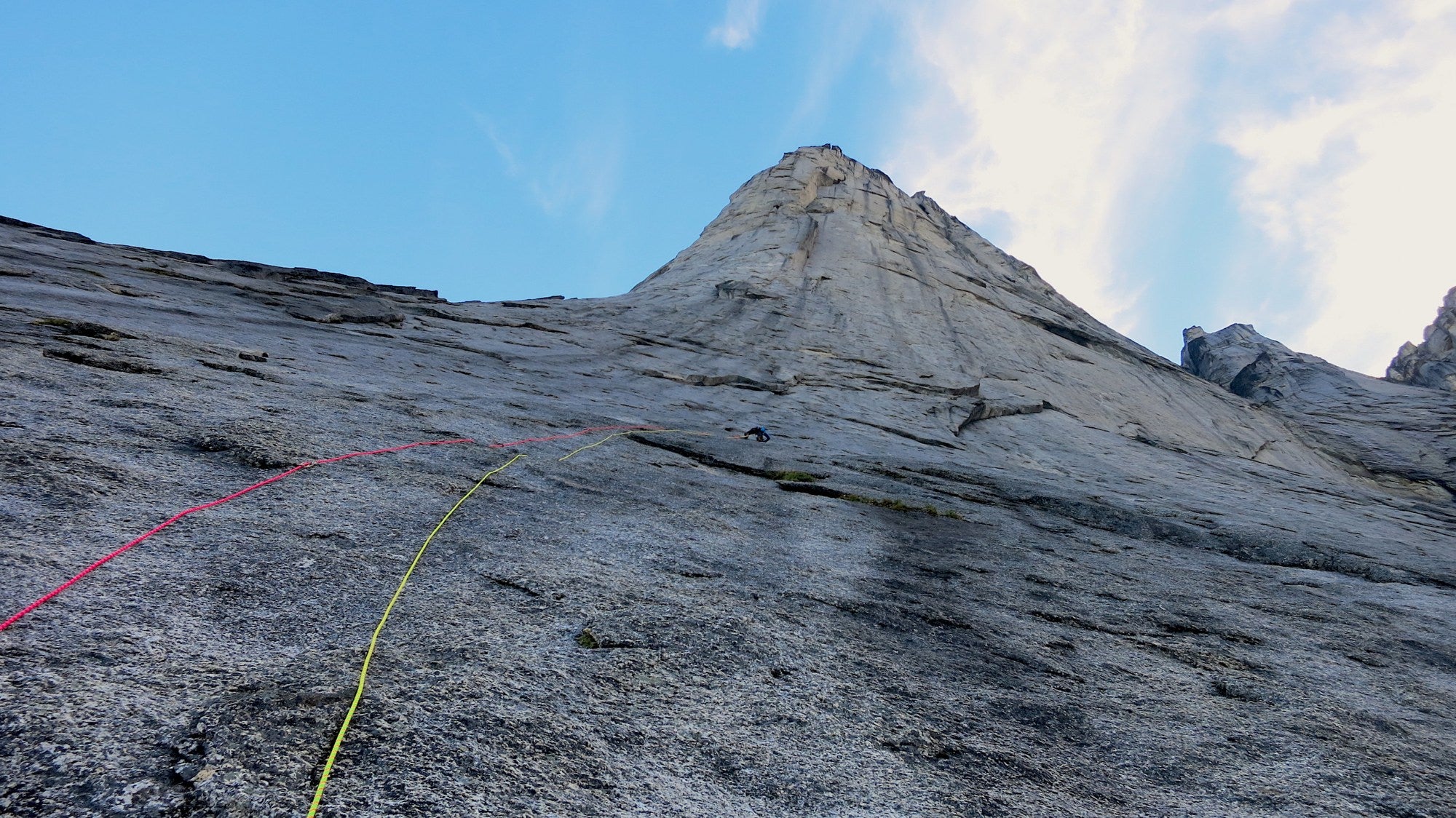 Blake’s block consisted of intricate slab climbing with distinct crux sections and was a great intro for our team. About ten pitches later Scott took over, leading us to the Black Heart at about mid-height on the tower. Most parties bivy here, and in retrospect, we should have too. Scott navigated two very difficult pitches which consisted of delicate face climbing on crumbly, ball-bearing like rock similar to Colorado’s Lumpy Ridge. He then led us through a couple of physical wide cracks to where my block was to start. 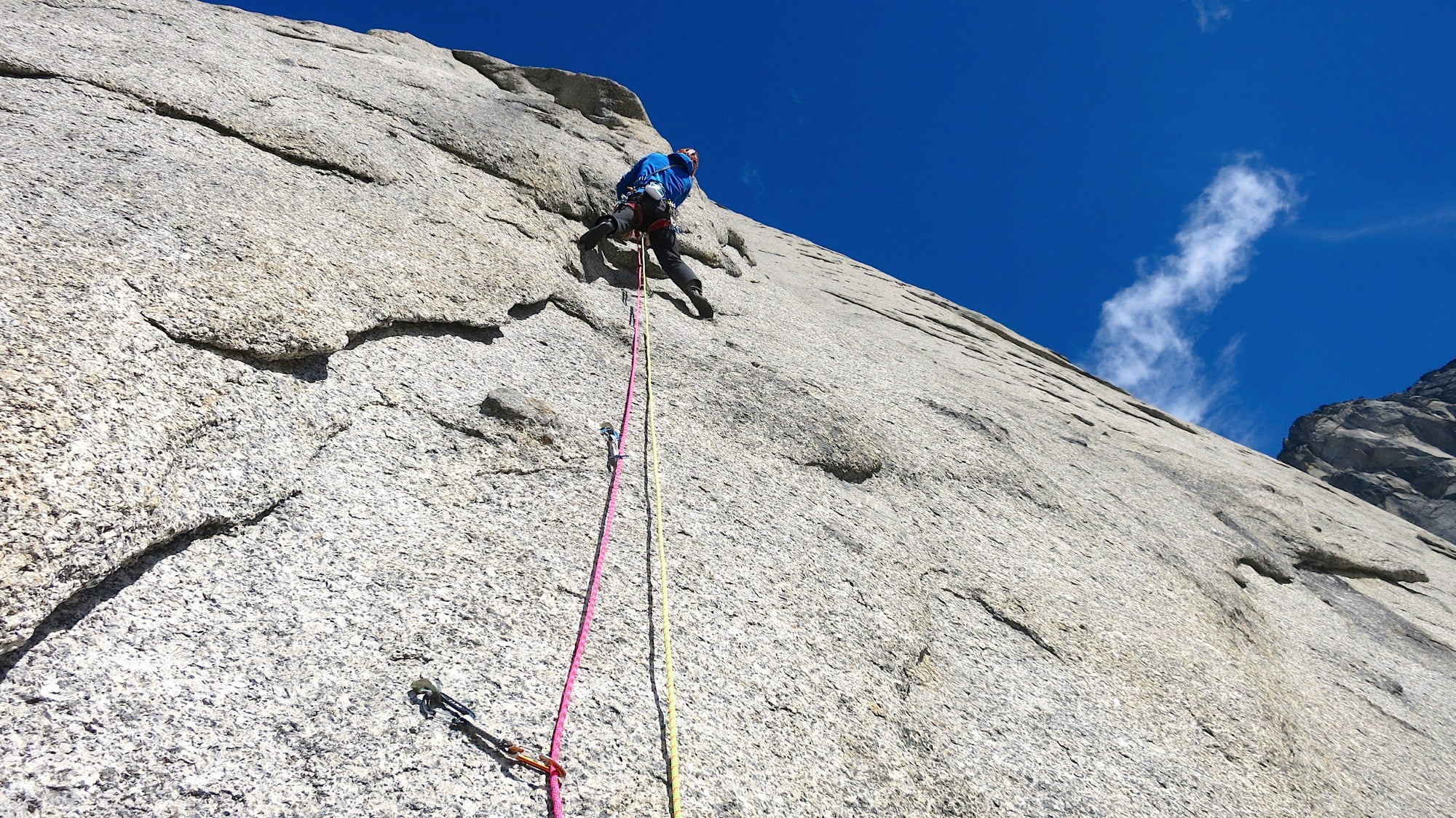 Well, I won’t lie. I was fatigued… I’d like to blame it on the days of travel, the airport meals and early start. But, it was more likely due to training in New England where you’d have to climb Cathedral Ledge’s longest route about ten times to equal one Ulamertorssuaq! I’d done big days in the gym and at Rumney yet I was still worked. I took us to the top of Pitch 24, the beautiful 5.12 finger crack that I turned into A0 and Scott sent via top-rope. But our team was spent. With no water left, the sun fading and ill-prepared to spend the night, our “in-a-day” attempt to climb Ula came to an end a mere six pitches from the summit. We learned why the route was so aptly named War and Poetry, as half of the route consists of delicate slab and face climbing, which then mercilessly transitions to steep wide cracks for the remainder of the 400 or so meters. 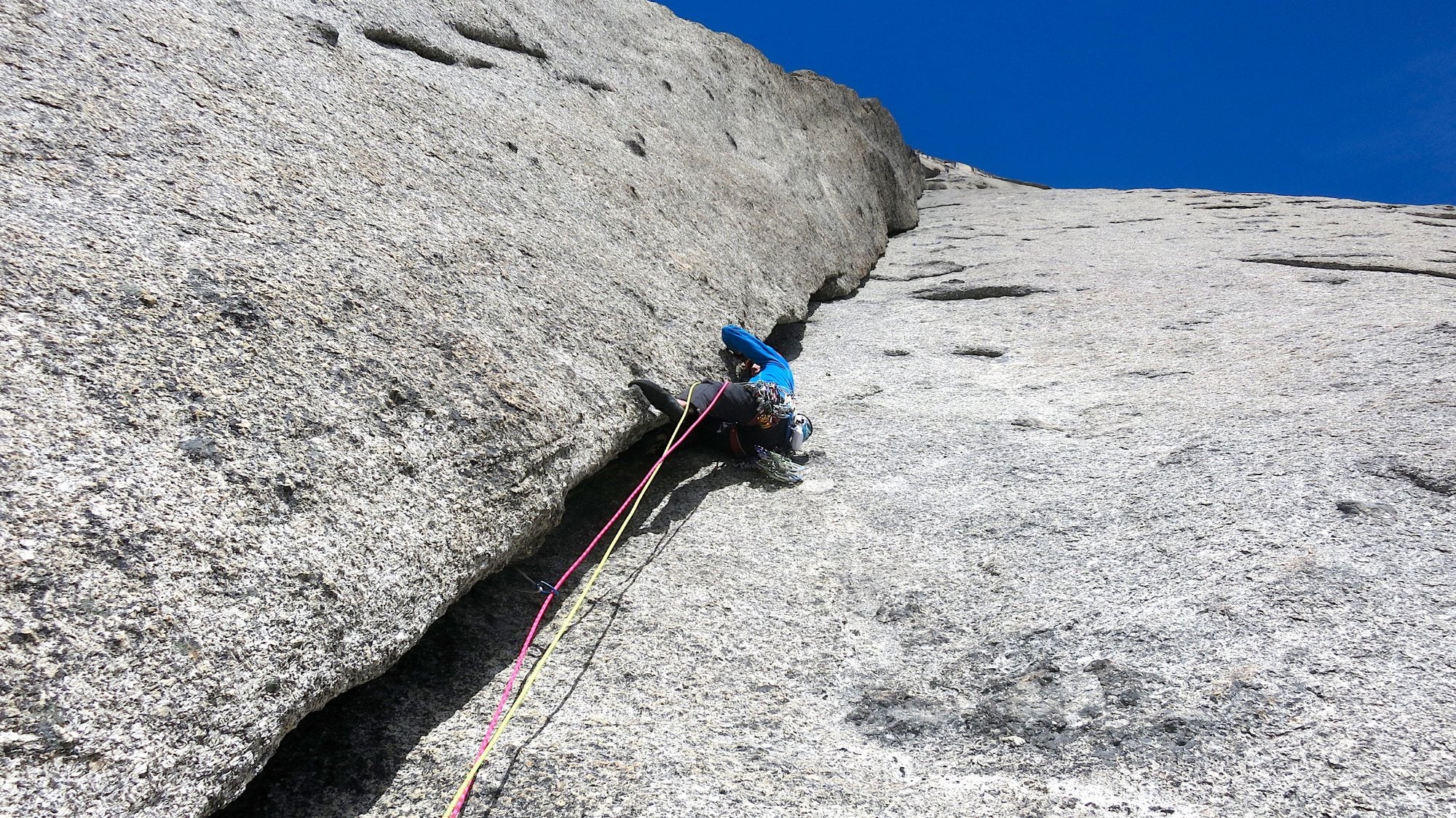 We rapped through the night with only a couple minor mishaps and stumbled back to camp knowing we had three more weeks. With the bugs worked out and our appetites whetted, we quickly set up an advanced camp under the great west face of Nalumasortoq, stocked it with food and gear and readied ourselves for business. Over the next three weeks, it rained a lot, it was foggy almost every day, we caught and ate lots of Arctic Char and did close to fifty New York Times Crosswords. We also climbed and rappelled close two miles!