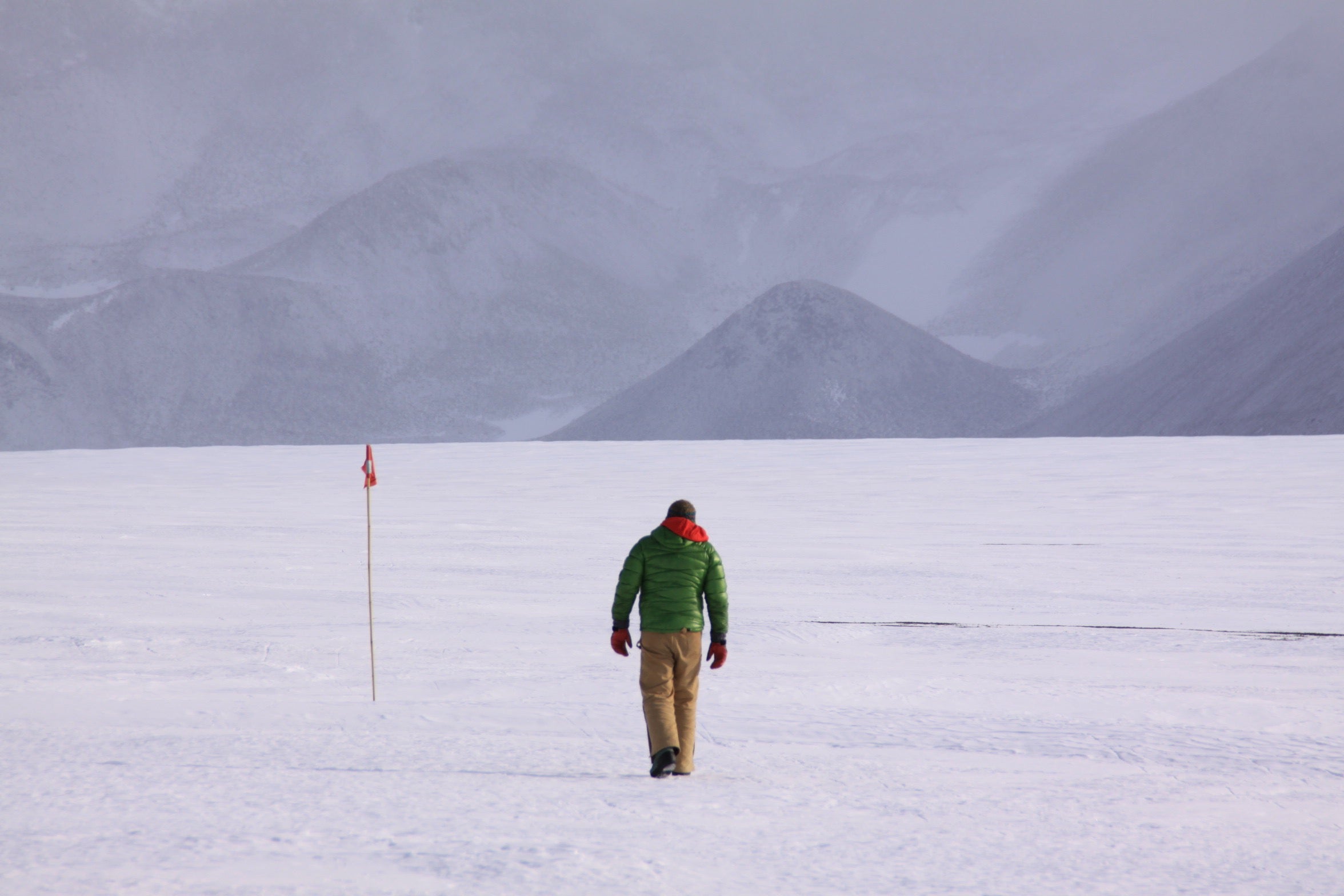 When people hear that guide Chris Simmons works in Antarctica, a volley of questions usually follows. How cold is it? What kind of people are down there? Have you seen a polar bear? So we asked Chris to sift the facts from fiction and dispell any myths about what life is like in Antarctica. Here are answers to the 10 questions he gets asked the most.

1. Summertime is easy living. Seasons are flipped in the southern hemisphere. I typically leave home around Thanksgiving and can come back the week after the New Year. “Summer” is also relative. Summer temperatures range from +5 to -20 degrees Celsius. Summer also means that the sun doesn’t set, which I don’t seem to have a problem with. And I wintered over in 1998, so I do know what +3 months of night looks and feels like, too. Summer is funner.

2. I’ve never seen a polar bear. They only exist in the northern hemisphere. That’s a good thing, because the seals, penguins, and flying birds in Antarctica have evolved to raise their young in the open, unprotected from almost any predators (though some of the birds are opportunistic and will eat each other’s hatchlings). I can easily imagine the carnage if polar bears were ever somehow introduced. Ugly.

3. I have a good mileage plan. I spend two days flying commercial to New Zealand through Australia, then I get a day off before taking a US Air Force cargo plane to McMurdo Station. So the entire trip, excepting weather delays, takes four days heading down, and three coming home.

4. McMurdo Station is big. But again, this is relative. In the summer there are only 5,000 people on the entire continent, which is 1 1/2 times larger than the contiguous United States. The U.S. Antarctic program accounts for maybe 1,000 of that, and 800 of those people are based in McMurdo Station.

5. Beakers are brilliant. I don’t know if it was the glass jar or the muppets character, but one of my favorite Antarctic jargon is the term for the researchers: “beakers.” Apparently that’s frowned upon by the current batch of contractors, but I don’t work for them. I’m hired directly by researchers—the beakers themselves—to be the “field safety officer and mountaineer” for small teams of three to five scientists. I also end up being the air traffic controller, meteorologist and base camp manager. 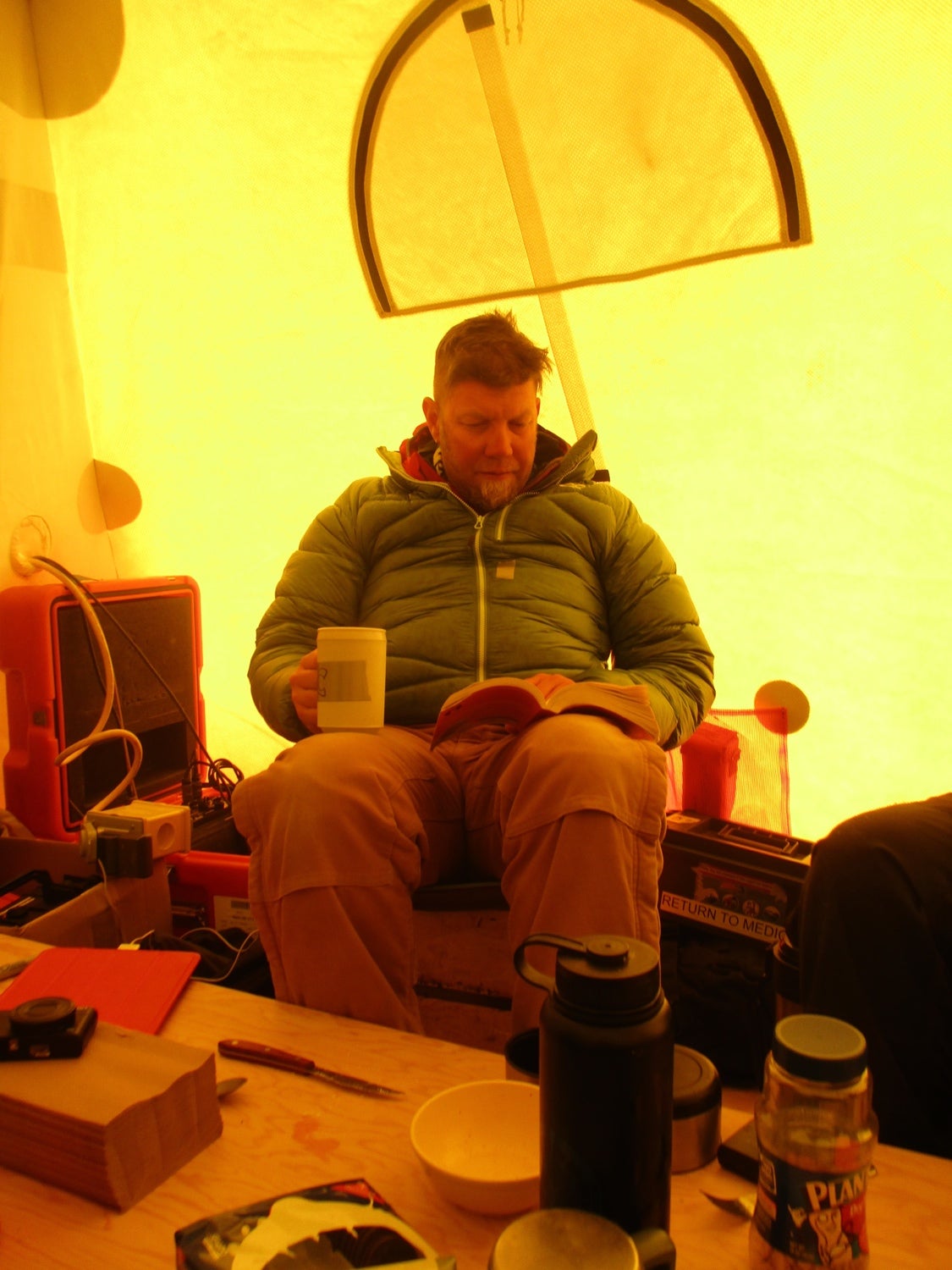 6. I spend most of my time in a tent. For the past six years, I’ve been guiding glacial geologists and geomorphologists in the Transantarctic Mountains. They’re using cosmogenic dating to determine the age of glacial moraines—those big piles of dirt that glaciers push up and leave behind. We spend four to six weeks a season collecting samples, living in a field camp with all of our supplies. My teams are too small to justify a base camp manager or cook, so we do our own cooking on a rotating schedule.

7. We don’t have dogs. I don’t know if there are any dogs left in Antarctica. The last American dogs were removed in the 1980’s. We’re typically dropped off with two snowmobiles and fuel, especially since the best spot to land is not necessarily the best spot to camp, or the best spot to work.

8. 98% of Antarctica is covered by snow and glacier, and over 60% of the world’s fresh water is frozen there. In some places that ice is more than 4 kilometers (2.5 miles) thick! I’m lucky that my work puts me on or near the remaining 2% of the continent. The Transantarctic Mountains are one of the longest mountain ranges in the world, splitting the larger East Antarctic Ice Sheet from the smaller West Antarctic Ice Sheet.

9. The science here can help predict the future. The science I’m involved in gives us (the world) more data about how much ice—and therefore how much water—has been locked up in Antarctica over time, which helps the people modeling the past make predictive models of the future. The world hasn’t had this much carbon dioxide in the atmosphere in 2.5 million years, and no one is quite sure how much water was frozen then. Most of our work is sampling and a little bit of mapping, but the real work happens back in the lab when the samples are broken down and dated using chemicals and lasers. That’s right, LASERS! There are also biologists, astrophysicists, meteorologists, glaciologists, and I’m sure more beakers that I’ve forgotten. 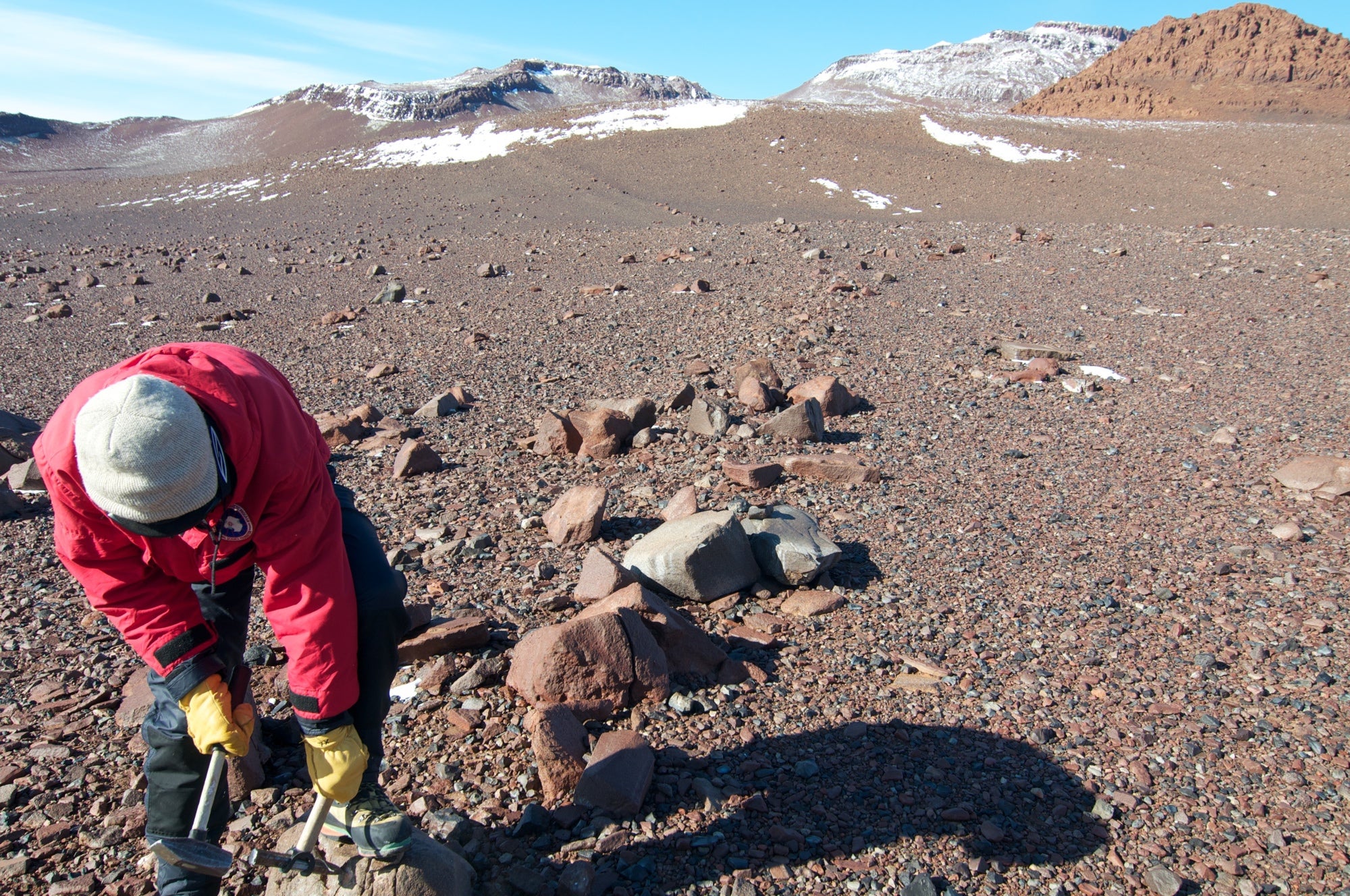 10. I have climbed the highest point on the continent, Mt Vinson (4892m or 16,050 ft), three times, and skied off the summit two more. I’m always interested in heading back, but it's not a cheap trip. Everything—food, fuel, supplies, support—is flown in from Punta Arenas, Chile. Heading down to Antarctica simply to climb is a much different experience than for the science I usually go down for.

11. Bonus fact: I love it there. Really. I’ve been going to the southern most continent since 1996, and I have spent almost four years of my life there. I cannot imagine what my life would be like without Antarctica present. A bit warmer, I guess.