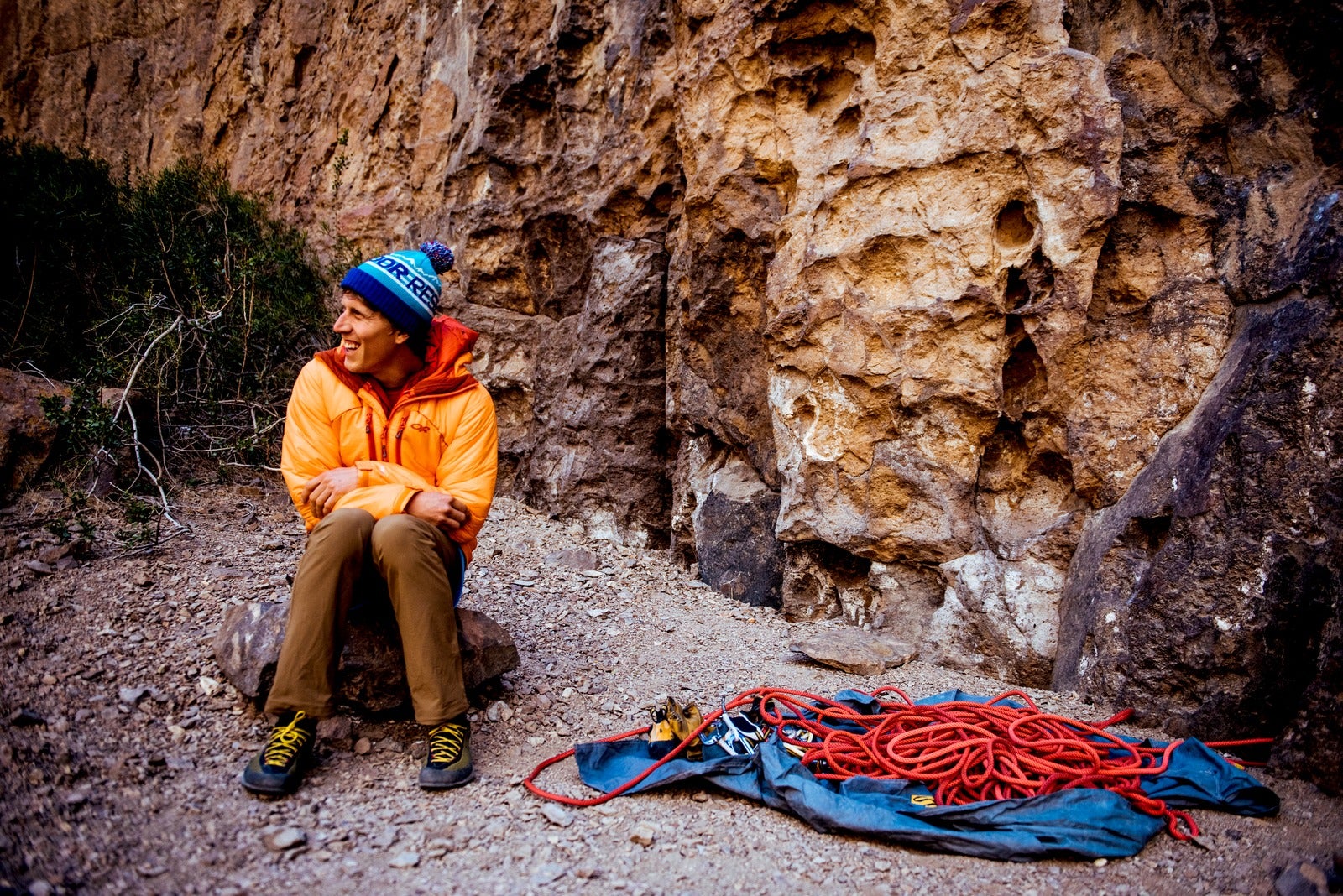 For my 24th birthday, a few years ago, my friend Portia gave me what looked like a DVD of “The 40 Year Old Virgin,” with a crass grin. The number “40” had been crossed out and 24 was written to the side. Portia and Peter had made a video with Barbie dolls mocking my negligible sexual/relationship experience. My cheeks blushed as I laughed at their witty satire.

Girls were scary, and when I thought a girl was attractive that only exacerbated my fear. Climbing, on the other hand, was comfortable. I had a proven equation: hard work = results.  Girls had variables I could not predict; therefore, I stuck with climbing. And I viewed anything that took me away from my “hard work” as a distraction, which I pushed away. By the time I was 26, I had free climbed five routes on El Capitan, but completely lacked other skills and had never experienced a relationship. My dedication to the equation had created a drastic imbalance in my development as a person. So, in an attempt to become more well rounded, I went back to school for nursing and embarked on my first relationship. I became a travel nurse, but still yearned for more balance in my life.

Leaving Washington to start a new job in Sacramento last August, I thought, “I had a career and climbing but what else did I have?” I was not a 24-year-old virgin anymore, but I still didn’t have any life skills. I vowed to learn a new skill for each 13-week travel nursing job I accepted.  First, came pie. My family has a strong lineage of pie baking, benning with my Great Grandma. From a young age, my mother crafted fine pies with Great Grandma in Squamish while my Great Grandpa was logging in Howe Sound. I aimed to make a pie I was proud of for my family’s Thanksgiving gathering in three months. My mom sent me Great Grandma’s recipe and I skateboarded to the store to acquire flour, sugar, Granny Smith apples and Crisco.

A heat wave had settled in Sacramento for a few days, the mercury rising to 110 degrees. As I timidly placed the thin dough onto the pan, it cracked in two I mended the pieces together with my fingers and poured in the sugar, cinnamon, and apples. But then the top sheet of dough cracked into three pieces. It was a disaster! I posted the picture on instagram and my friend James Lucas consoled me, telling me it was harder to make pies in the heat. 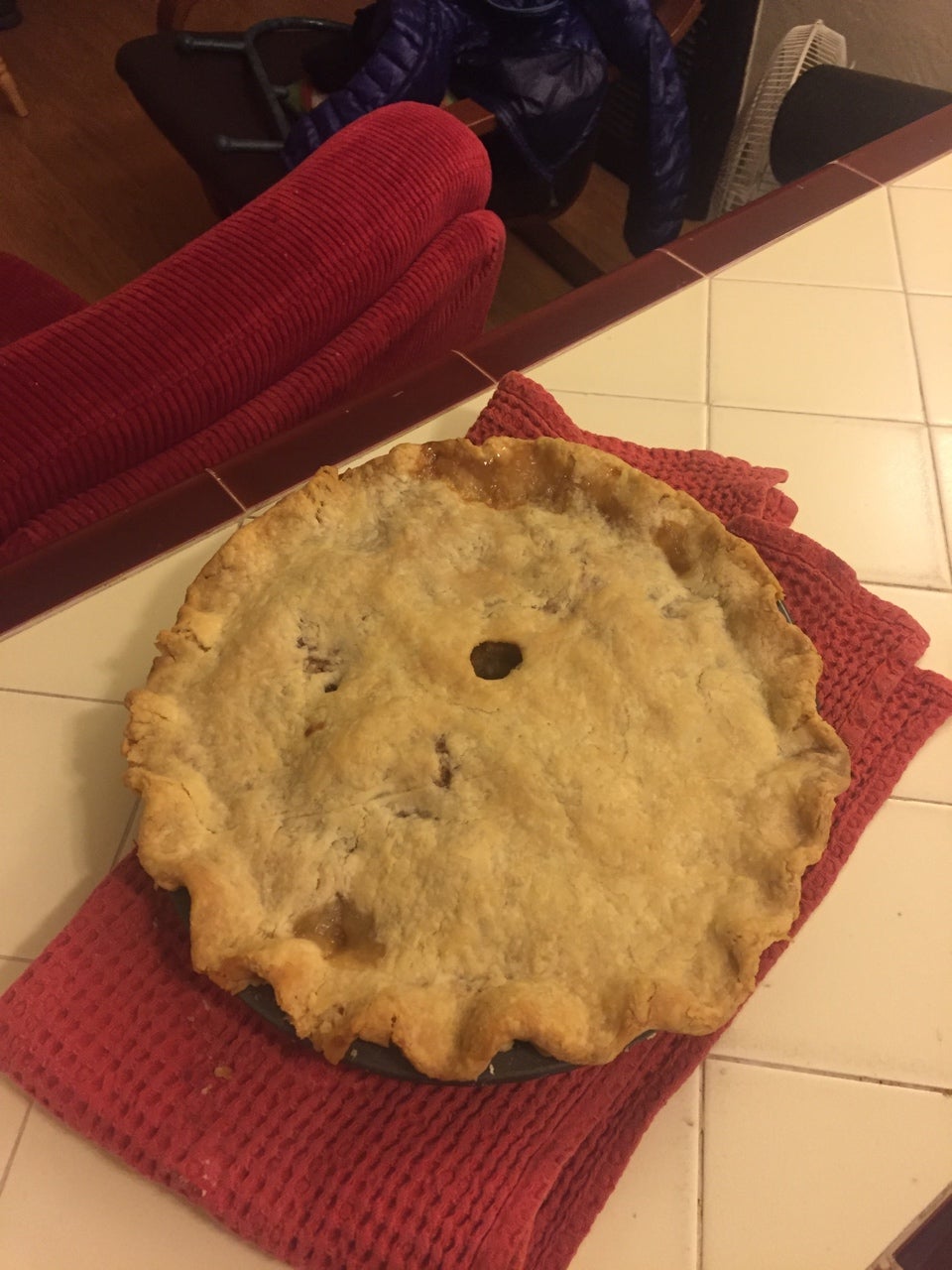 I made my third pie prior to a three-day Yosemite trip, contributing it to dinner with friends in El Cap meadow. It felt great to show off my new life skill. I also made a pie with my mom and one with my sister, absorbing the tricks they’d learned over the years. Nine pies later, it was Thanksgiving day.

I woke up feeling anxious with the pressure of producing a fine pie—it felt as if I were about to free climb on El Capitan. I looked back on the previous pies I’d made, which eased my anxiety. I grabbed the ingredients, hand-mixed the dough, cut the apples and rolled out the pastry. Making pie number 10 felt like executing a well rehearsed rock climb, and when the pie came out of the oven emitting a fragrance only a pie can, I my smile exuded pride.

RELATED: Why Do Outdoorspeople Love Plaid So Much?

After two months of climbing, it was time to work again. Driving from the Virgin River Gorge to Sacramento after sending my project Planet Earth, I brainstormed for the next life skill. Again, I was inspired by my Grandma and Grandpa, who often spoke of how they loved dancing and were able to dance much of their lives. This felt even more intimidating than pie, but I was building confidence and was beginning to enjoy making uncomfortable situations comfortable.

After sending Lovin’ Touchin’ Squeezin’ on the Tension Board, I drove to The Ballroom of Sacramento. Sitting in my van, the thought of walking into the building by myself overwhelmed me. I stood up, opened my fridge and grabbed an 8% double IPA. When the alcohol properly eroded my inhibitions, I strolled onto the dance floor.

Johnny, the instructor, called us to circle around him. We went through the basic six-step East Coast Swing step. As we practiced, he chanted, “slow-slow-quick-quick-slow-slow-quick-quick,” and after a few minutes, the step became mindless and my body relaxed. Then Johnny called us back into a circle and taught us a swing out. The ladies in the class rotated every few minutes, while the men stayed stationary. I stumbled over my feet and stepped on my partner’s toes, but I could tell she appreciated my effort. After one full rotation, I began to feel the rhythm and confidence followed. The lady whose toes I’d stepped on came back around, my shoes’ dust print still visible on her left shoe. My increased confidence allowed us to move more fluidly this time, and when I led the swing out, she was smiling when she turned back in! I thought, “I think she’s actually enjoying dancing with me.” 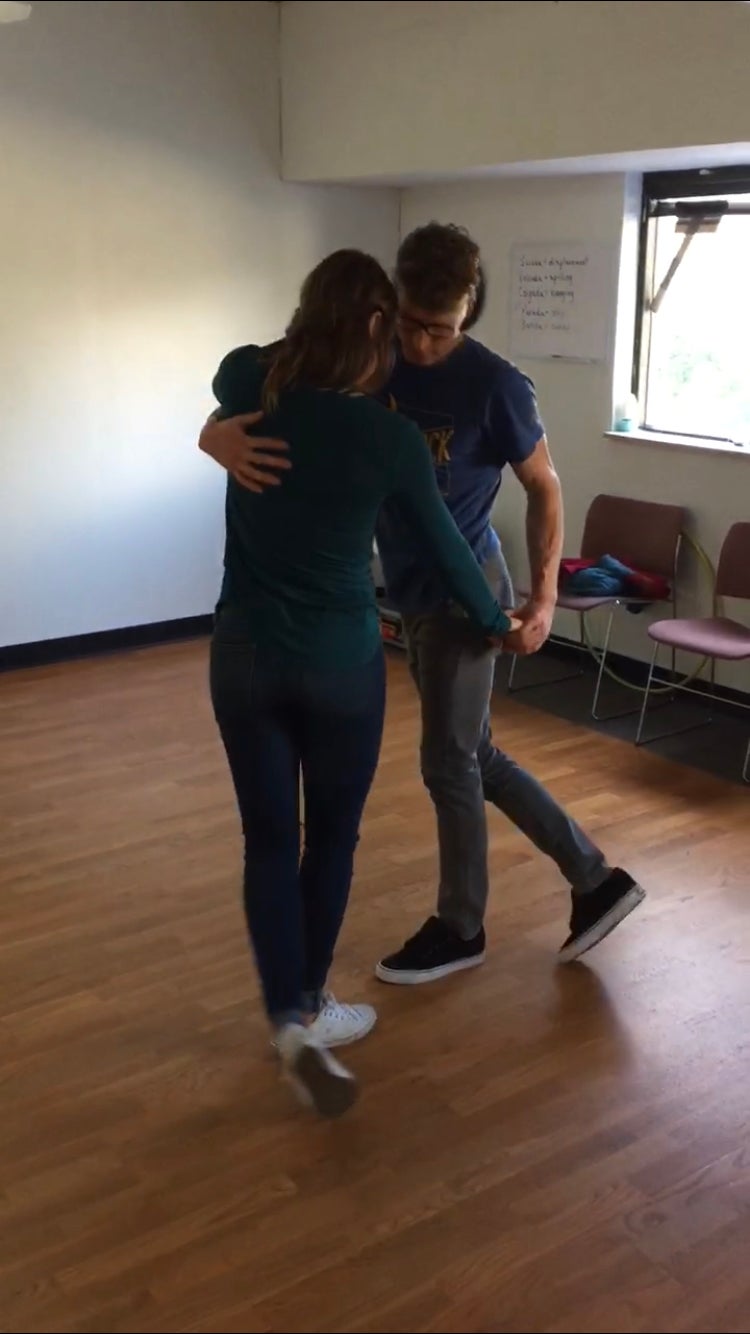 RELATED: Up Close—Nik Berry On Climbing, Nursing And Attitude Adjustments

After dance class, I spoke with Johnny, the instructor. We talked about the job that brought me to the city and he commented on my arms. I told him I was a rock climber who lived in my van part of the year. I gave him a tour of Betty, my van, and he said he was jealous of my rambling lifestyle. I began swing dancing up to three nights per week, learning new moves and increasing my dancing vocabulary. Ladies began to ask me to dance assertively, and it felt good to have others recognize and enjoy my new life skill.

Once again, something uncomfortable had been morphed into something comfortable. And now I’d acquired two new life skills. I found that—just like in climbing—the more I step outside my comfort zone, the larger that comfort zone actually becomes. The world becomes much bigger, with far more opportunities. My life feels far richer than it did when I was in my mid-20s.  I still have some deficits, but it feels good to chip away at the imbalances created by that life-limiting equation I was devoted to.