Are You Ready For Creeking? Part 1 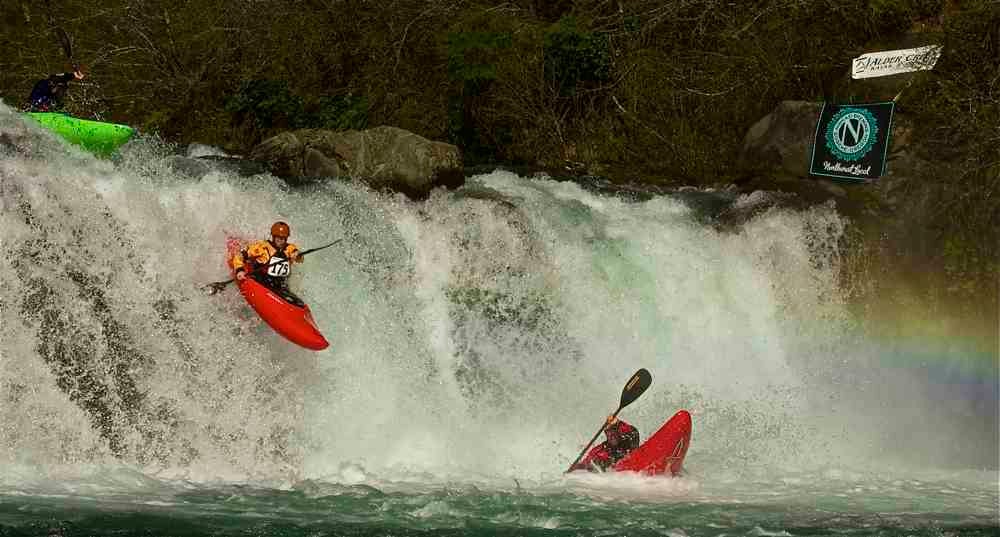 Outdoor Research ambassador Paul Kuthe both co-organized and raced in what has become The Northwest Creeking Competition since he moved out West. He knows what makes creeking events like that so amazing, and what you can do now to go faster on any racecourse. We asked him to explain what creeking is—and why paddlers should get involved. Stay tuned for next week to get tips from Kuthe and his fellow whitewater racers, leaders of the sport, about how to better your time, whether it’s your first or hundredth race.

Something seems to urge us to go harder, to get to the finish first. While this drive is stronger in some than others, something in each of us searches for the challenge of doing it just a little quicker. Even as kids, something makes us want to turn to the person next us and say, ”I’ll race ya!”

Many of my favorite trips down the river have taken all day, often spending hours within site of the put in. I love working every detail and playing every feature with friends there to push and support one another. We soak in the world around us, really tuning in to the flow of the river, listening to its secrets and dancing with its power. But once in a while, something drives us to go FAST. (No, I don’t think it’s just the cooler full of beer stashed at the end.) And while some things never change—whitewater lovers still generally love beer— whitewater racing has been taking some pretty exciting steps forward recently.

Slalom kayaking has been around a long time, relatively unchanged. Slalom uses gates to create challenging lines without increasing consequence or risk that much. But we wondered: What if we raced down harder runs with waterfalls and real consequences instead? What once amounted to a quasi-organized—and I use that term lightly—collection of smelly, neoprene-clad, beer-thirsty boaters chasing each other down their favorite local run, soon progressed into an emerging action-gravity sport that’s getting noticed and gaining popularity.

It was this attention we hoped would help shed light on a hydro project slated for one of the Northwest’s favorite rivers back in the 90’s. The Canyon Creek Extreme Race was born out of necessity as a form of “kayaktivism” to demonstrate the value of the river to the community.  That was the beginning of what has now become one of the longest running races of its kind, drawing both pros and amateur racers from all around the world.

Multi-stage freestyle, boater-cross and down-river events are now pushing the sport in new ways. The Adidas Sickline Competition in Europe, The Whitewater Grand Prix in Canada, The N. Fork Race and Green Race in the U.S. and the latest Rey del Rio event in Mexico are all hitting the big times. No longer is creek racing obscured in the recesses of remote canyons. Well, it is…but people know about it now and can witness the amazing athletic abilities of its racers thanks to smaller waterproof cameras and social media, live streaming and even TV coverage.

We are running multi-stage competitions on sections of whitewater many thought were un-runnable just 20 years ago. The timed runs are clocked top-to-bottom with the fastest time taking the prize. Freestyle segments take place on huge standing river waves where tricks are judged and scored according to style, difficulty, amplitude, etc. For the boater-cross, it’s everyone for themselves as heats of four go head to head. “Coming to an event where it’s just one discipline is fun. But whenever you have to do a freestyle one day and then a race the next, it’s a blast because you’ve got to train up for both,” says Dane Jackson, three-time Grand Prix Champion.