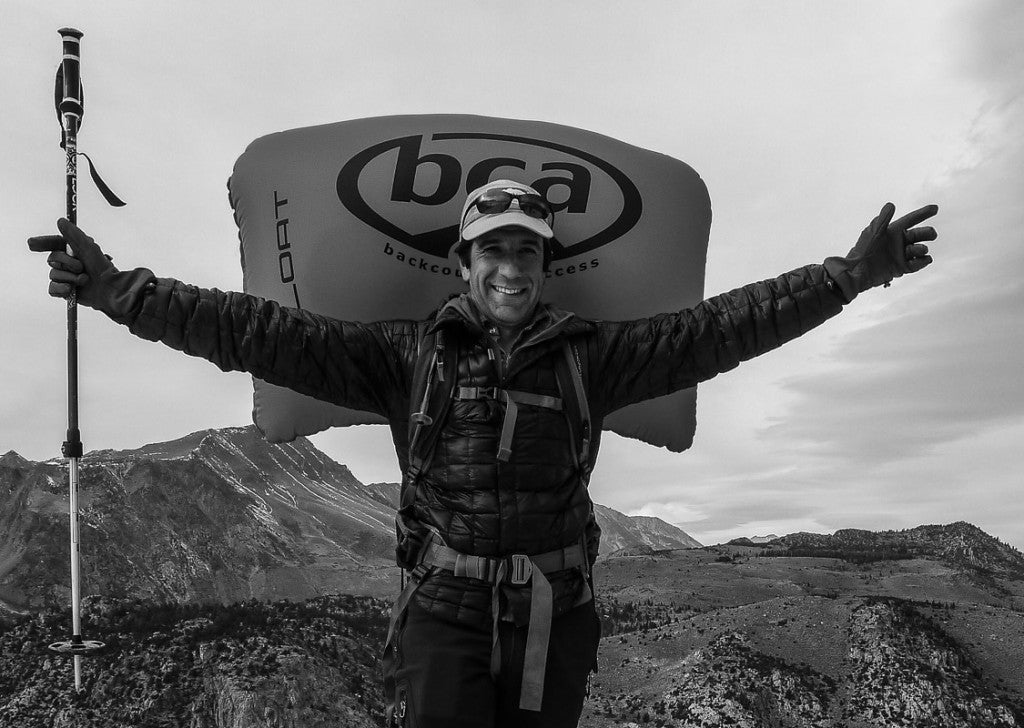 This fall I went to the first annual California Avalanche Workshop in South Lake Tahoe, Calif. It was a nicely run event with great turnout and some interesting presentations. For me, one of the more memorable ones was a session by Elyse Saugstad. Elyse is a professional skier and an incredible athlete. She's been in numerous films and is competitive in freeskiing competitions. But perhaps the biggest reason she's famous is that she was one of the survivors of the avalanche accident at Tunnel Creek in February 2012 that killed three of her companions. This accident made big news and was well documented in a Pulitzer-prize winning multi-media article in the New York Times, Snow Fall: The Avalanche At Tunnel Creek by John Branch.

Elyse’s talk started with a description of her experience being caught in that avalanche and the aftermath. It was very moving and steeped in the emotion of a tough memory. I admire her courage to expose herself in that way for the benefit and education of others. After her account there was a Q&A session where she commented that: (I paraphrase) avalanche airbag packs are more valuable for saving lives than avalanche education.

I realize it's an absurd notion—that one might choose one or the other when one can clearly choose both. Nevertheless, as an avalanche educator and curriculum developer for almost 20 years, the statement caught my attention. We will never know if Elyse would have survived without an avalanche airbag pack, but the case is strong that it played a very important role in her survival. She was buried less deeply than her more unfortunate companions, in the exact same area of the slide. She was the only one with an airbag and the only one who survived. The airbag deployed and the technology worked as it was designed. Several members of her group, including ones who were killed, were educated in avalanche awareness. She rationally argued that their education did not keep them from dying in an avalanche, but an airbag may have saved them as it had saved her.

She may be right. But consider one of the other interesting presentations at the very same conference, by Alex Do. He recounted his story from an avalanche accident that killed his friend in the backcountry just outside the Jackson Hole Mountain Resort on the terrain known as Pucker Face. He reflected on the lessons he learned, which are also laid out in an article he wrote in The Avalanche Review, a publication of the American Avalanche Association, on pages 20-22. You'll notice that, among the lessons, there's no mention of the use or non-use of an avalanche airbag pack. All of the analysis is focused on decision-making processes and systems that can prevent avalanche accidents in the first place. He repeatedly references his AIARE avalanche education and using the AIARE tools to prevent poor decision making. Alex’s article directly compares his accident to the Tunnel Creek accident, and states:

"When I first read about the Tunnel Creek accident in 2012, I noted the large group size, poor communication, lack of group leader, disregard for the forecasted hazard, and complacency with the area. But I didn’t feel the need to actively institutionalize countermeasures against those key factors; I never participated in large groups or toured lift-accessed sidecountry—until I changed the equation by traveling to a new area and skiing with new partners in a relatively large group."

Alex dissected the details of events meticulously, in part as a way of coping with his grief and reconciling the past in order to move forward with a clean slate. Elyse was thankful she had an airbag pack and recommended that others use one. At the end of a Today Show video of her being interviewed 24 hours after the accident, Savannah Guthrie points out the avalanche danger was rated as HIGH in the public advisory and asks if she and her group had sufficient warning. Her response:

"When we went out that morning, the avalanche danger wasn’t at HIGH… [Note: It had, in fact, just been downrated to CONSIDERABLE by the local avalanche center after being rated HIGH for two days] and so all of the signs that led up to us being there were signs that we felt comfortable and safe being there. All of us were experienced backcountry skiers. We felt that we were in the right place."

It's clear in retrospect that the group was not in the right place. It's also clear that the signs that made them feel comfortable and safe were ultimately irrelevant. Her perspective left me to wonder in what conditions and circumstances she would not have made that decision on that day. The contrast between these two presentations was so incredibly stark that it took me weeks to process what I had witnessed in the same room on the same day. Two survivors of two similar fatal avalanche accidents, with completely different educational messages.

Avalanche airbag packs are incredibly effective at what they do. Using the principles of physics, specifically the law of inverse segregation or “Brazil-nut effect,” it makes a person’s surface area large enough that avalanche debris sinks relative to the person and they”float” toward the surface. They are the only device that has the potential to limit the depth of burial of an avalanche victim and “the most efficient means of preventing avalanche fatalities is to avoid complete burial” [Brugger & Falk, 2002]. Increasing numbers of cases from the real world are showing that airbag packs do probably save lives.

That said, could they be so good that formal education and training may soon be considered an inferior or secondary measure for decreasing backcountry avalanche risk?

Consider the recent article by Pascal Haegli, et al, on the effectiveness of avalanche airbags in the September 2014 issue of The Avalanche Review. Haegli summarizes findings from his recent study, a great addition to the conversation and reveals some interesting facts:

To reduce bias, the data used for the statistical analysis in this study is based on size 2 avalanches or greater, with multiple people and both airbag users and non-users involved. This means the data set is severely limited, and biased in other ways. We do not know the precise effects of this on the numbers reported in the study. There are a number of other potential variables that might affect the veracity of these stats:

The 11 percent number is looking a little sketchy now, isn’t it? And frankly, 11 percent is still a hell of a lot of probability. According to the U.S. Department of Transportation, of all reported car accidents in the U.S., only 0.5 percent included fatalities in 2010. Way better survival odds to crash your car than get caught in a D2 or greater avalanche, with or without an airbag. Clearly, airbags are not enough. Although most experts would agree avalanche airbags are one of the most valuable safety technologies ever created for backcountry recreationists, they are not a magic bullet. How would it affect your backcountry decisions with an airbag on if you thought it was a magic bullet?

Choosing an airbag pack instead of an avalanche course would be a little bit like choosing to free solo rock climb with a freeBASE rig instead of learning how to free solo climb safely and securely. The modern technology is so easy to obtain, but it will likely never replace the hard-earned judgement that comes from education and experience. An avalanche airbag pack is a valuable addition to a safety system that works if used properly, if it deploys, if it stays inflated, if trauma is not too severe, if you're not hit by the avalanche from above, if you're not buried in a terrain trap, if the avalanche is not too large, and so on. It's not all that confidence inspiring, really. But on the other hand, you are twice as likely to survive if you're caught and you're wearing an inflated airbag. That is worth a lot, but maybe not as much as understanding how to avoid avalanches in the first place. Let’s embrace our new tools, but not give them more credit than they deserve out of laziness or a longing for them to be something that they are not. I’ll be quite happy if an avalanche airbag pack never saves my life in the backcountry. Not because I won’t be wearing one, or because it malfunctions, or because I can’t pull the cord, or because it tears apart. I just want to avoid getting caught in that kind of avalanche. I personally possess both an airbag pack and an avalanche education. I can tell you the latter is the only one that I never leave home without, deploys whenever I want it to, lasts a lifetime of backcountry outings, and is virtually weightless.