Backcountry Bloopers: Watching Pine Martens Duke It Out Over Your Snacks 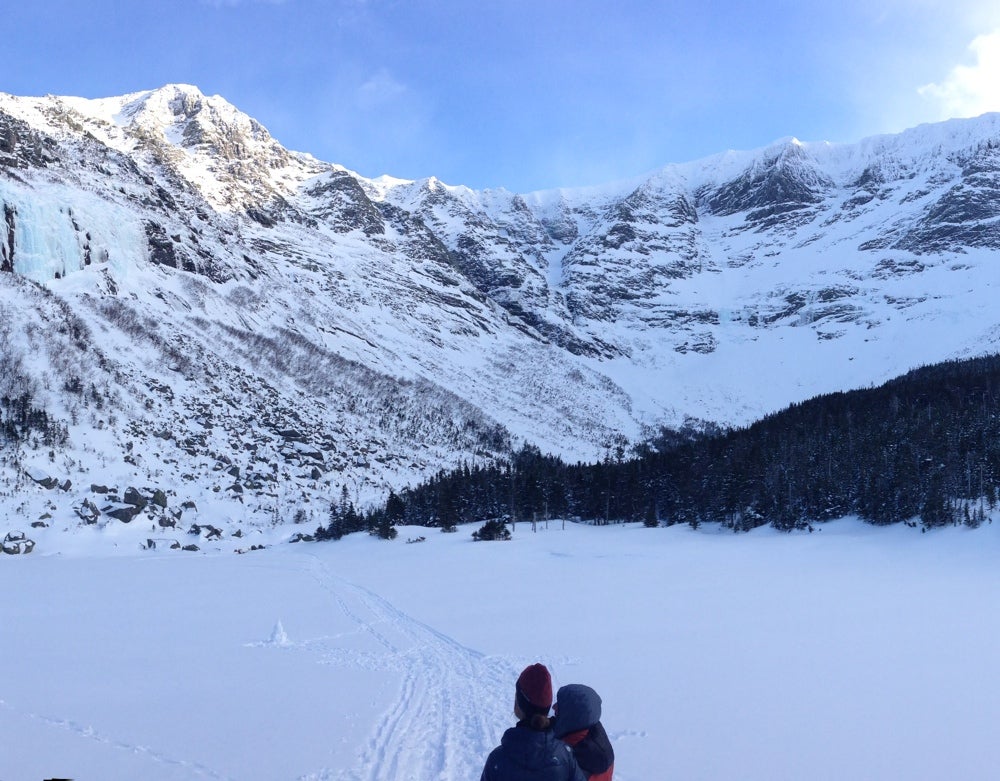 ‘Damn, I forgot to pack the Pringles,’ I thought, as we headed toward our climb.

‘Oh, crap,’ I thought, as I realized the ramifications of this oversight. I’d left them on the floor and they wouldn’t be there when we got back.

We ended up having our most productive day of climbing that day, doing an ice route on the Pamola ice cliffs. But—sure enough—when we returned, we found the Pringles gone and our trash scattered all over the place.

We had planned to stay for a full week in a lean-to at Chimney Pond in Baxter State Park, at the foot of Katahdin, the northern point of the Appalachian Trail. Mike and I had done the same trip in late March the year before, and one of the things we learned was that if you want to live outside at Chimney Pond in the winter, you have to deal with the pine martens. Last year, we had arrived at Chimney Pond with plenty of food, but after three days of losses we were down to just barely enough food. Realizing that we couldn’t afford any more losses, we came up with a plan to strap one of our sleds to the ceiling of the lean-to. Confident of our new system, we left for the day only to return to the scene of more pillaging. I’m not sure what kind of 5.13 heel hooking, toe jamming, double-gaston-dyno the little guy pulled off to get to the slight gap between the ceiling and our sled, but I’d love to have seen it. At the end of the week, we had to do the 16-mile walk out sharing just one granola bar.

This year, we had a better plan. We brought nails and screws and we had the sled securely bonded to the ceiling. Even we couldn’t get into it without using a screwdriver. It was bomber.

Except that you actually have to put the food into it.

I figured that losing the Pringles was an acceptable loss, but having to wade around the trees picking up the trash that the pine marten had scattered got me pissed. I found a spot under the eaves with tracks going in and out and got a little satisfaction by kicking a huge amount of snow up against it, sealing that entrance. Then I settled in for some rest. Shortly, we heard some scratching noises under the floor and behind the walls and I guiltily began to wonder if I’d sealed him into an icy tomb. My guilt quickly vanished as I got down and peered under the floor of the lean-to. In the 6- to12-inch space under the floor was a smorgasbord of treats swiped from visitors over the course of the winter. In the far corner, way out of reach, was my can of Pringles, and right behind it, the little guy himself, peering back at me smugly with his beady eyes.

As darkness fell, the Pringle aroma apparently wafted over the area and pretty soon, pine marten #1 had some unwanted attention from pine marten #2. Over the next hour they exchanged huffing, barking, and snarling sounds under the lean-to, trying to make each other back off. Mike and I lay there in the pitch dark, mildly amused, but wondering how long they were going to keep us up.

And then, in a flash, the Pringle War was on. The snarls escalated to a crescendo lasting over a minute as they engaged in a fierce battle. I could feel their bodies slamming into the wall as they battled in the pitch black for possession of the Pringles. Finally, one of them decided that he’d had enough. Since the usual escape route was blocked, he had to come out the front of the lean-to, under the floor. From countless trips in and out, he probably had the terrain wired. But he didn’t account for the blue tarp we’d hung across the front opening of the lean-to to try to keep some heat in. He smashed into it at full speed, followed one second later by the victorious pine marten trying to scare him off. 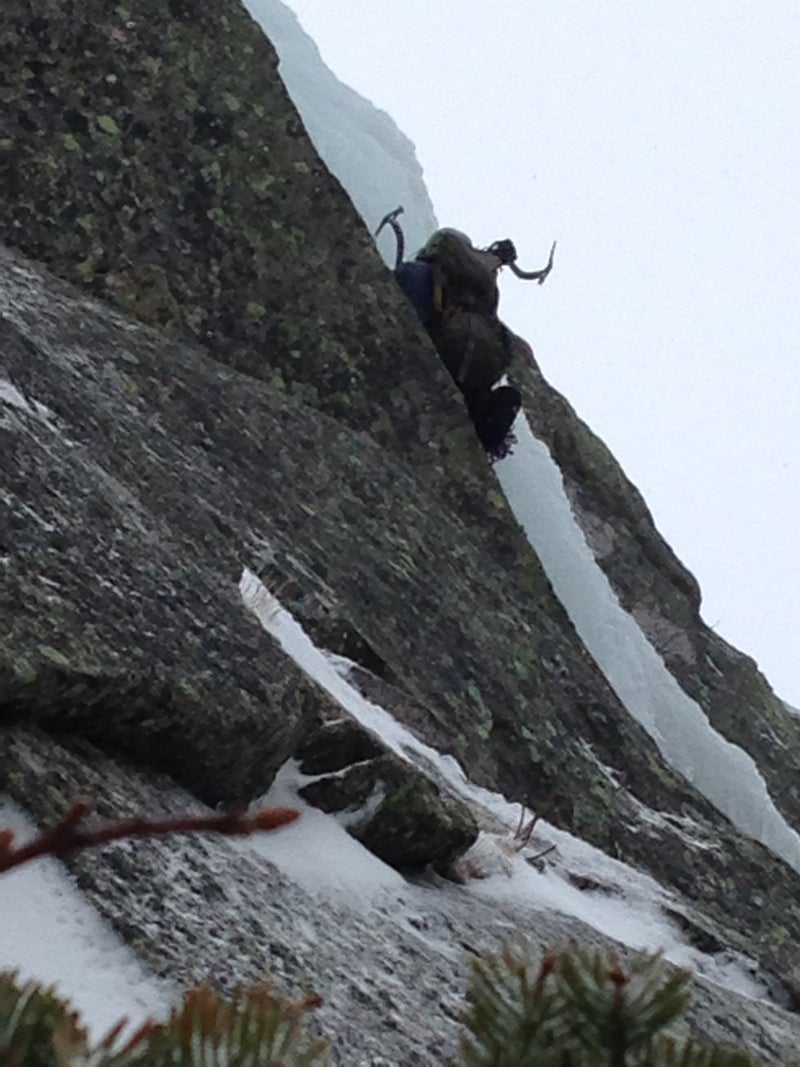 We had done the hike into Chimney Pond during a snowstorm. The next couple of days included sub-zero mornings and howling winds. Our one decent day of ice climbing was forecasted to be followed by another storm and high winds followed by even more snow on our planned final day. Our to-do list of long alpine routes was untouched, and the next day, while returning to camp after nothing more than an extreme weather gear-testing hike, we thought about bailing early. Upon arriving back at our lean-to, we saw that the pine marten had retuned our Pringles.

Yep, a pine marten deuce on the middle of the lean-to floor.
We were gone in an hour. Our asses handed to us by Katahdin and the pine martens, all we had to talk about on the long way out was next year.
As for next year, I’ll be bringing some ex-lax brownies, maybe some habanero peppers, a flamethrower, and a rocket launcher. My sled’s gonna be heavy.