Break (Or Forget) Your Climbing Skins? Here's What To Do 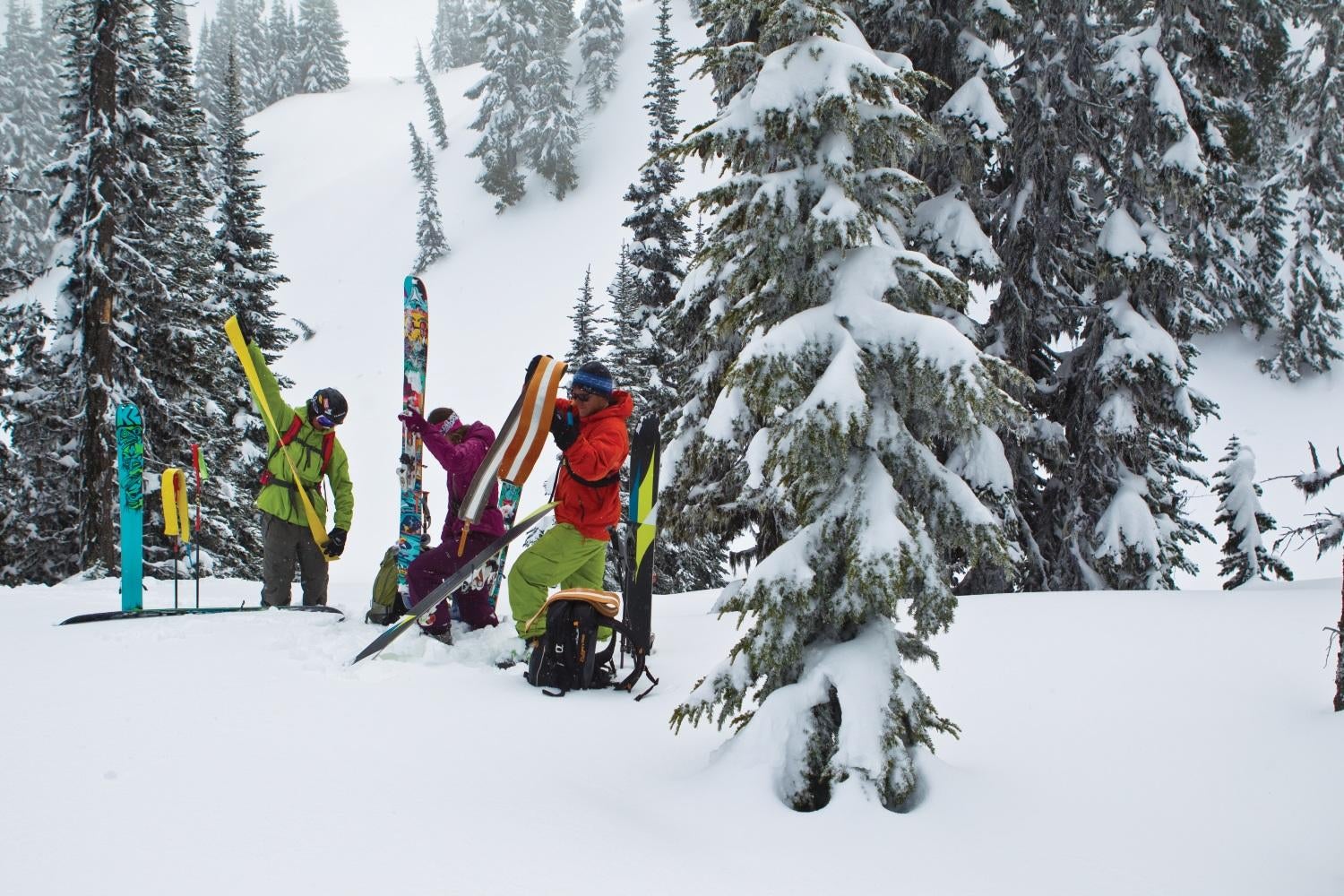 At one point or another, we’ve all forgotten something. Once, I had scrupulously double and triple checked my gear for a weeklong backcountry ski trip. We were headed to Alaska for a Powder Magazine story. But apparently I miscounted somewhere along the line, because after a three-hour drive and seven-hour boat ride in Prince William Sound, when we pulled our skins out for the first day of skiing, I discovered I only had one skin for one ski! Panic quickly set in. We were at least twelve hours away from any outdoor retailer where I could buy more skins. And delivery most certainly wasn’t an option.  What was I to do?  Experiences like that have helped me develop creative solutions—like the ones that follow here—to keep moving in the intended direction.

Problem: The glue on your skins is failing, or the clips are falling off the tip or tail

Solution: Once again, the mighty polyurethane strap comes in handy. Usually two per ski will do the trick, one strap about three quarters of the way toward the tip and one strap three quarters of the way to the tail. If you put the straps too close to the top or tail, it could slip off or create a bubble in the middle.  This should secure the failing skin and ascending your go!

Problem:  You only have one of your skins (Doh!)

Solution:  This is my favorite solution, but it depends on how long you’re in the backcountry.  If it’s just a day, then I say go for the pine bough or strap interval solutions on one ski and use the single skin on the other ski. If you are in it for a multi-day trip, your best solution is to cut your skin in half crosswise and use your polyurethane straps to   hold one half in place on each skin, directly in the center of the ski, where the bulk of your weight is focused. Of course, you’re going to need a pocketknife for this, which should also be in your fix-it kit. Think of your new setup as impromptu kicker skins, and  place additional straps at the tip and tail to gain more friction in the areas not covered by your skins, especially for steeper ascents. Ideally, you’d have four straps per ski, but three can work as well, placing two to hold the skin in place and the third toward the tip.