A Brotherhood On Skis 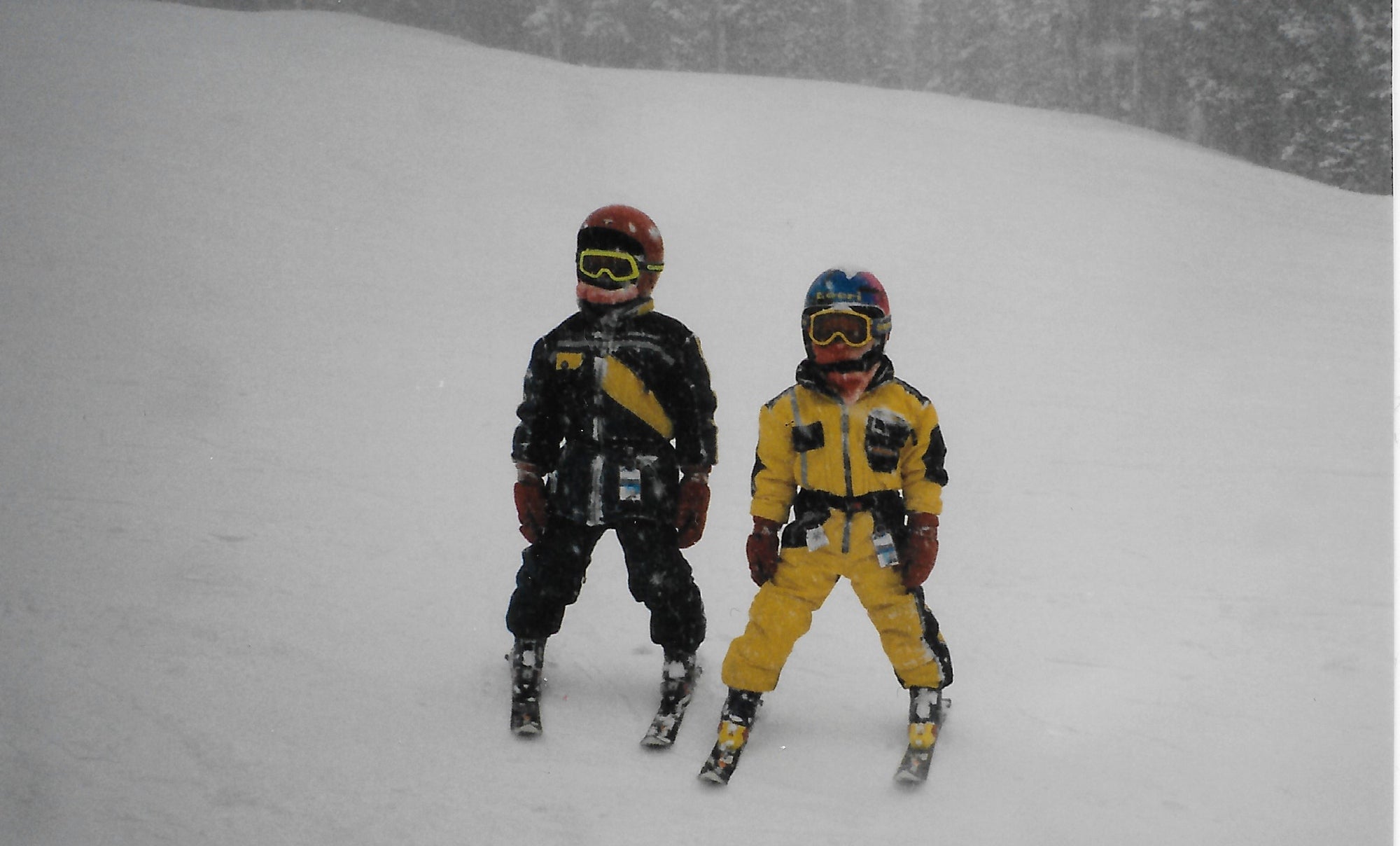 Grant, my older brother, has always been great at waking up early for long days in the mountains—or at least far better at it than I. He organizes perfectly the night before. I wake up groggy before frantically scrambling to ready my gear for our set start time. This day was no exception, but we still got out the door at 4:30 a.m., as planned.

We clicked on our headlamps and started walking away from our parents’ house, the house where we grew up, just outside of Silverthorne, Colo.—the first town west of the Continental Divide if you drive west from Denver. We were headed up Buffalo Mountain to ski the Silver Couloir, also known as the North Chute. Somehow, despite growing up at the foot of this mountain, neither of us had skied the line before—one of the Fifty Classic Ski Descents of North America. Last winter’s snowpack was relatively deep compared to recent years, and there was great coverage up high in the alpine even the first weekend of June.

It was summer down low, though, and we started in running shoes with skis and boots on our backpacks. We entered the White River National Forest via our local entrance at the end of the street. These woods and the surrounding mountains of the Gore Range are where Grant and I both learned the allure of the outdoors, and the connection we felt with these magnificent surroundings each sent us on our respective life tracks. Grant is 23, and works as a mechanical engineer in Golden, Colo., but he still gets after it as hard as anyone on the weekends. I spend my winters skiing and travelling, summers working seasonal jobs, and the time in between studying at the University of Utah. 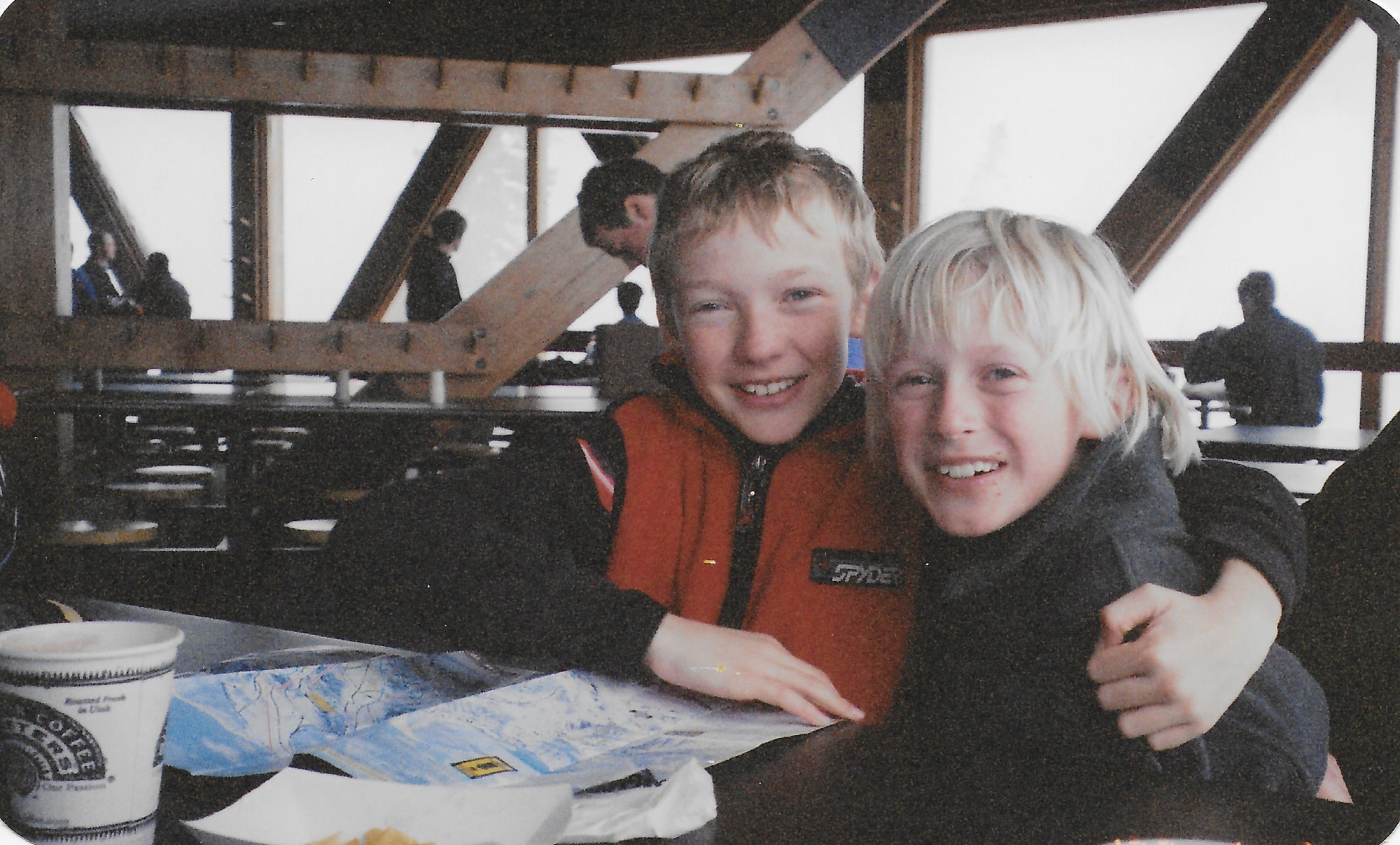 We continued up the trail and the first shimmers of sunlight glimmered atop the Continental Divide to our east as we reached the snow line. Patches and mounds of dirty, half faceted, half ice-hard snow made for tough going. I broke off to find my own path, connecting these patches and navigating fallen trees and melted-out tree wells. Grant’s path of choice was much smarter, as usual, and he took off ahead of me—as has often been the case in my lifetime as a little brother. I’ve learned it’s best to follow in his footsteps and trust his expertise. Soon enough we reached more legitimate snow coverage and we transitioned to skis and took turns setting the skin track.

Approaching the summit ridge, the slope mellowed to a lower angle, and Grant and I skinned next to each other, shoulder to shoulder, and chatted about life. We are close, and probably have a better relationship than most brothers who are two years apart, but we don’t talk with each other enough. When we do talk, it always involves skiing, hiking, backpacking or some combination of activities in the mountains. I only moved back to Colorado for the summer less than a week before and we already had a verbal list of goals for what to ski together before the snow melted off.

Atop the 12,777-foot summit, Grant pointed out a few peaks to me, as he always does from any summit we stand on together. From here we could see all of Summit County, and beyond. In our lifetime, Grant and I had watched this community grow, and while we grew with it, I think we both feel at least a little nostalgic for the smaller town feel that we grew up knowing. From here we can see our elementary, middle and high schools, the roads where Grant taught me to drive a car, and of course all the ski areas where we learned to ski—side by side. As we ripped our skins and transitioned, we also talked about some of the more serious things in life: love, heartbreak, and career goals, and how they all interact with our desire to be right here, in the mountains. 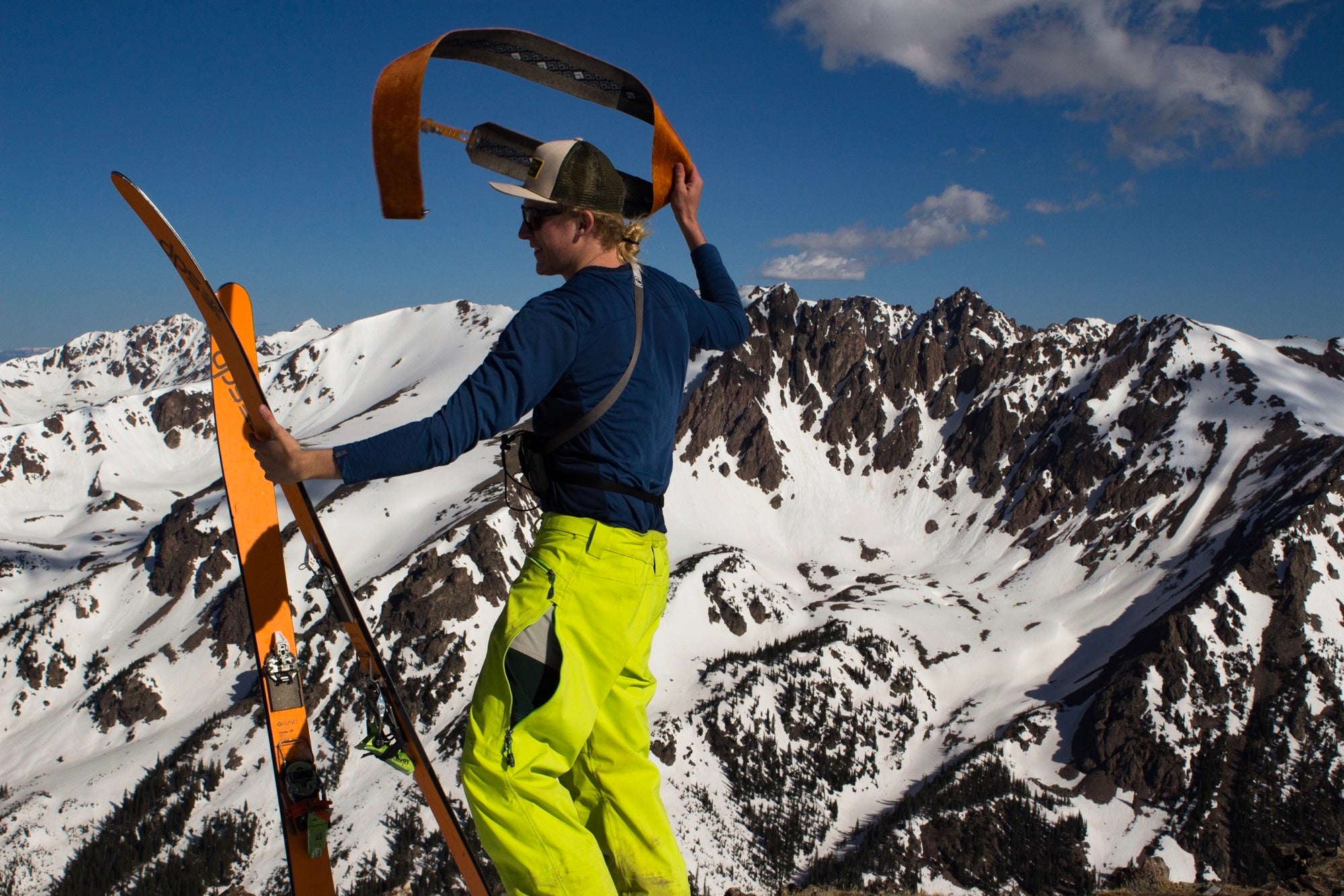 We clicked into our skis, took one last glance at a photo to make sure we were headed toward the correct entrance, and schussed our way toward the Silver Couloir. We nailed it on timing with our 4:30 a.m. departure, hitting the melt-freeze cycle perfectly. The surface of the snow had thawed and was corned up for effortless, smooth turns.

Grant and I talked through our game plan of how to ski from safe zone to safe zone. He dropped in first, lacing turns along the right side of the entrance to the chute, rhythmically arcing from left to right, right to left, over and over again as the chute rolled over steeper. I learned to ski largely from chasing Grant all over the mountain when we were little. I still remember following him on groomers early season, trying to emulate the exact form of his turn. Now Grant tells me I’m a way better skier than he is, but I think we’re both still learning from one another. I drop in and take a faster, more direct line while still savoring the turns.

The snow gets warmer the lower we go on the 2,500-foot vertical line, until finally we’re met by a boulder field and willows at the bottom. We transition back to running shoes and strap our ski gear to our packs. We start bushwhacking, but in no time at all we’ve found the old ditch trail, as both of us feel more comfortable navigating this forest than any city or challenge in life.

When we get back to the house, both our parents greeted us and asked how skiing was, just as they did countless times during our childhood. Skiing was fun. After all, I had just skied a line with my older brother, that we had looked at our whole lives together. Growing up I was always known as “Grant’s Little Brother,” and now that we’ve both gone on to build our own lives, I have become Drew. Over the course of the summer, Grant and I skied the last patches of snow off of fourteeners and some of our favorite secret spots. It’s probably the most we’ve gotten to ski together since we were both in high school, six years prior. I hope it always stays this way: that when we are standing atop a peak together with our skis, I go back to being Grant’s Little Brother.