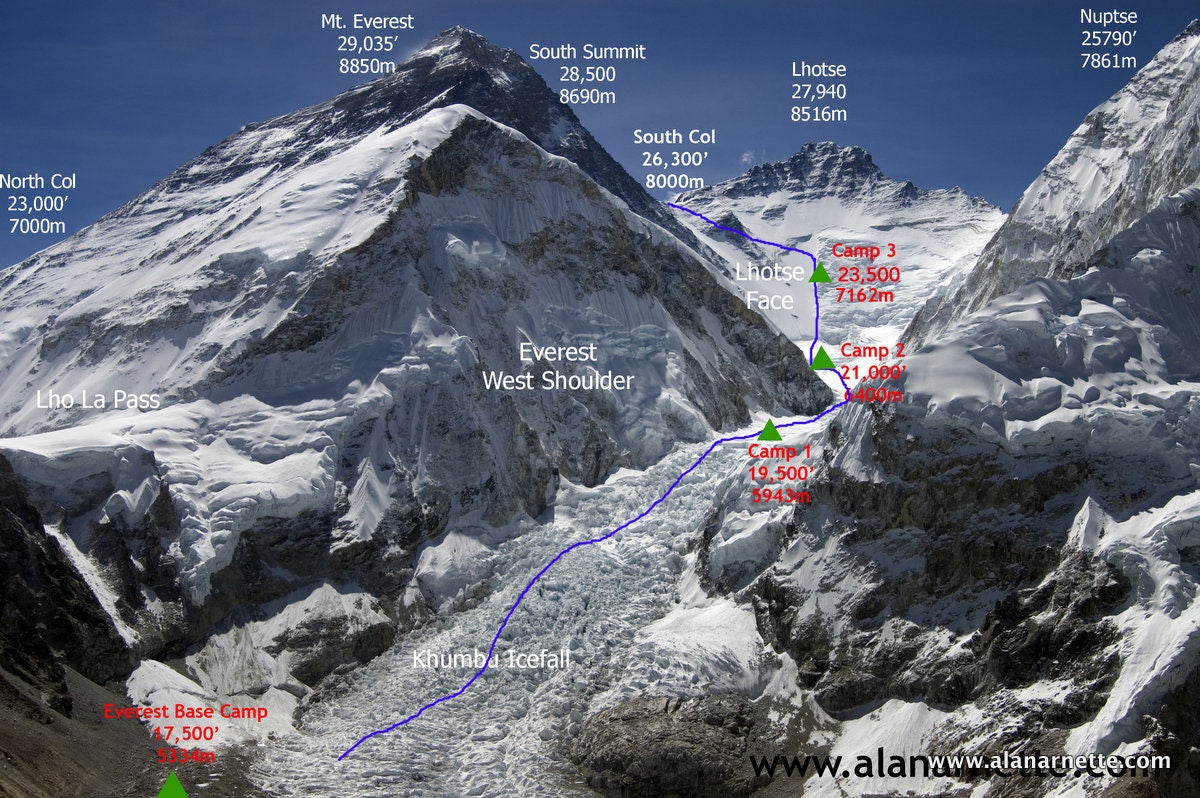 One day between May 21 and 27, Outdoor Research athlete Chad Kellogg will take his third shot at what has become a personal obsession: the fastest known time for climbing Mt. Everest.

Leaving Everest Base Camp (17,600 feet) at 5 p.m., Kellogg will charge to the 29,035-foot summit, with a Base Camp-To-Summit goal time of less than 22 hours, which will break French alpinist Marc Batard’s 1988 record of 22.5 hours from Base Camp to Summit. Kellogg will try to beat Batard’s round-trip time (36 hours) by stepping back into Base Camp at around 32 hours.

It’s Kellogg’s third attempt at the speed record on Everest, having turned around short of the summit in 2010 at 27,250 feet and in 2012 at just 1,000 feet shy of the summit. He won’t use oxygen on his climb — Batard didn’t use any when setting the record. He will be accompanied by a Sherpa from Camp 4 to the summit, to verify his summit success and time, and to carry an extra oxygen bottle for Kellogg in case anything goes wrong.

Kellogg has previously held speed records on Mount Rainier and Denali, and his speed attempt on Everest is a bold goal of a career alpinist who’s ticked first ascents on high mountains all around the world —Aconcagua, in Patagonia and on 7000-meter peaks in the Himalaya. We’ll be rooting for him, and posting updates on our blog as they come in.