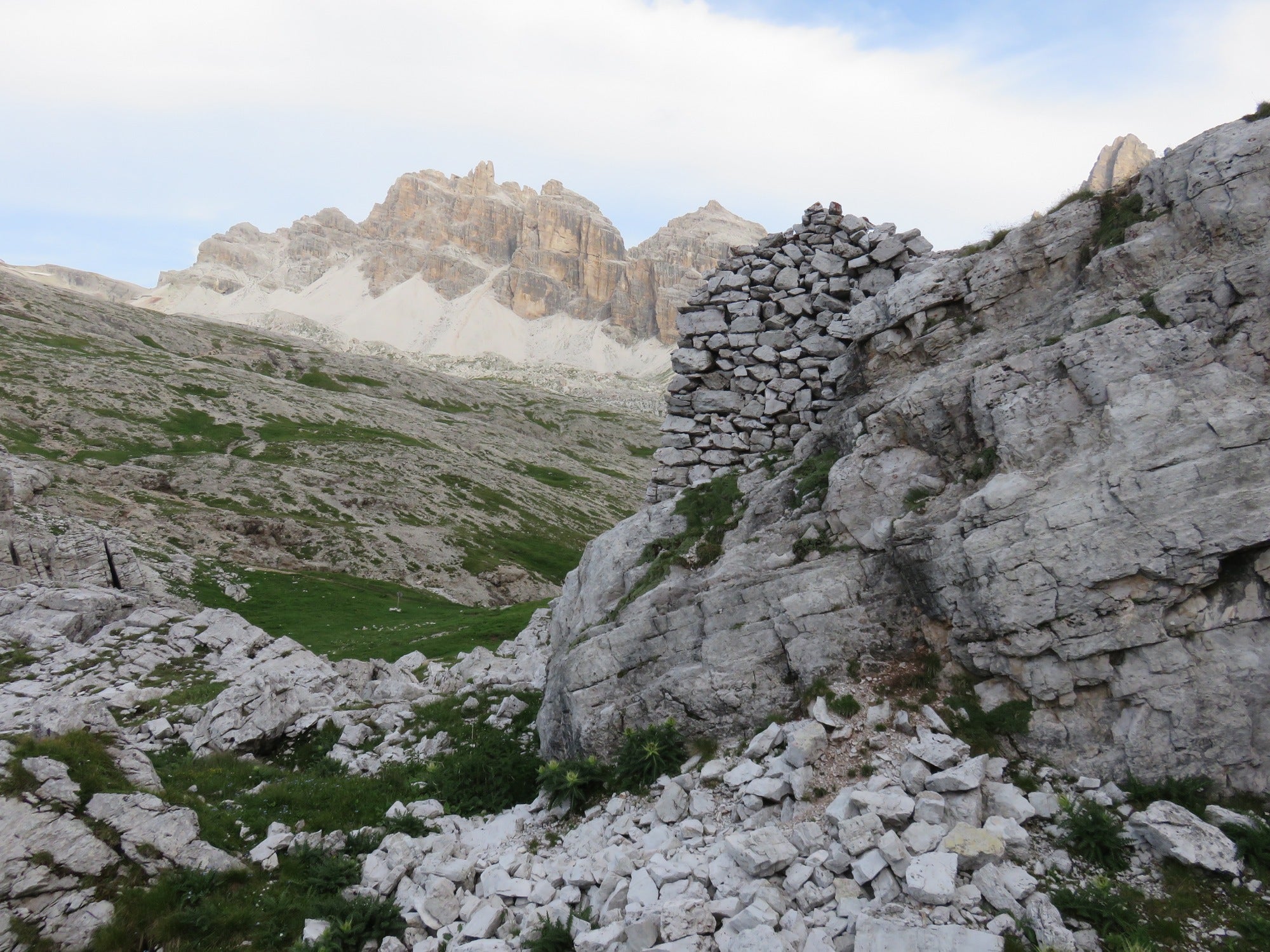 As I climbed the Tofana di Rozes, I could look out and see it all in my mind: the World War I trenches in the pass, the via ferrata established by the Alpini troops (the mountain warfaire division of the Italian army), the foundations of the hospital and troops’ quarters. Angelo Dibona’s refugio, where we’ve been staying, was also in sight, almost immediately below my stance. It all came together in my mind to connect 100 years of climbing history—a war and a peace. It’s what makes climbing in Europe so special, really. You can follow a Roman road past a medieval tower to a prehistoric hunting trail to climb a route with soft-iron pitons first hammered in 100 years ago, and then descend a system of trenches from World War I. Layers upon layers of history appear in these mountains—it doesn’t feel like I’m climbing past, as much as I climb through.

Angelo Dibona was a remarkable mountain guide, and one of the most interesting parts of this area’s history. Born in 1879 in the southeast Dolomites, he became a mountain guide at 26, establishing over 70 significant first ascents of peaks and rock walls. Unusual for the time, he traveled and climbed all throughout the Alps. One ascent in the French Ecrins was so significant that the local authorities renamed the peak after him: the Aiguille Dibona. Yeah, that’s right. The French named one of their own peaks after an Italian. 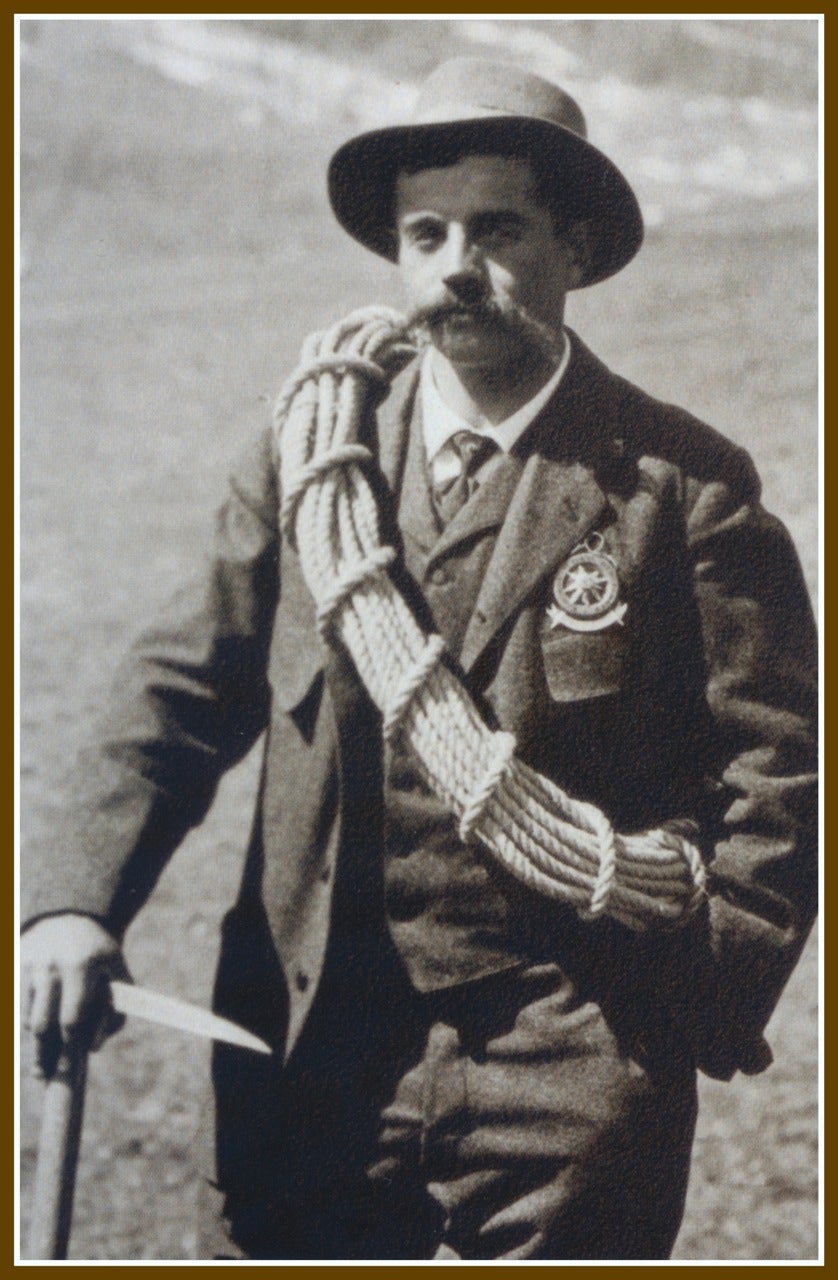 When Italy entered WWI with the invasion of the Austrian-Hungarian Empire, Dibona’s hometown of Cortina d’Ampezzo—an Italian-speaking part of the Empire—found itself occupied and only 20 kilometers from the frontlines. Dibona joined the elite imperial mountain troops, the Kaiserjaegers, and spent the war fighting throughout the very Dolomites he’d climbed in, finishing as a troop instructor before returning home, now part of the Kingdom of Italy.

There he built a mountain refugio, a catered lodge offering beds and meals to hikers and climbers, about 15 kilometers outside of town, and continued to guide. He was heralded as one of the great climbers of his generation, his reputation so great that an article about his climbing even appeared in the Appalachian Mountain Club newsletter of 1947. He passed away in 1956.

These are the big, obvious facts, largely gleaned from the Internet. But for me, the more interesting story is in the details I can speculate—what Dibona’s exceptional life was like, what serving in a war in a place like this would feel like. 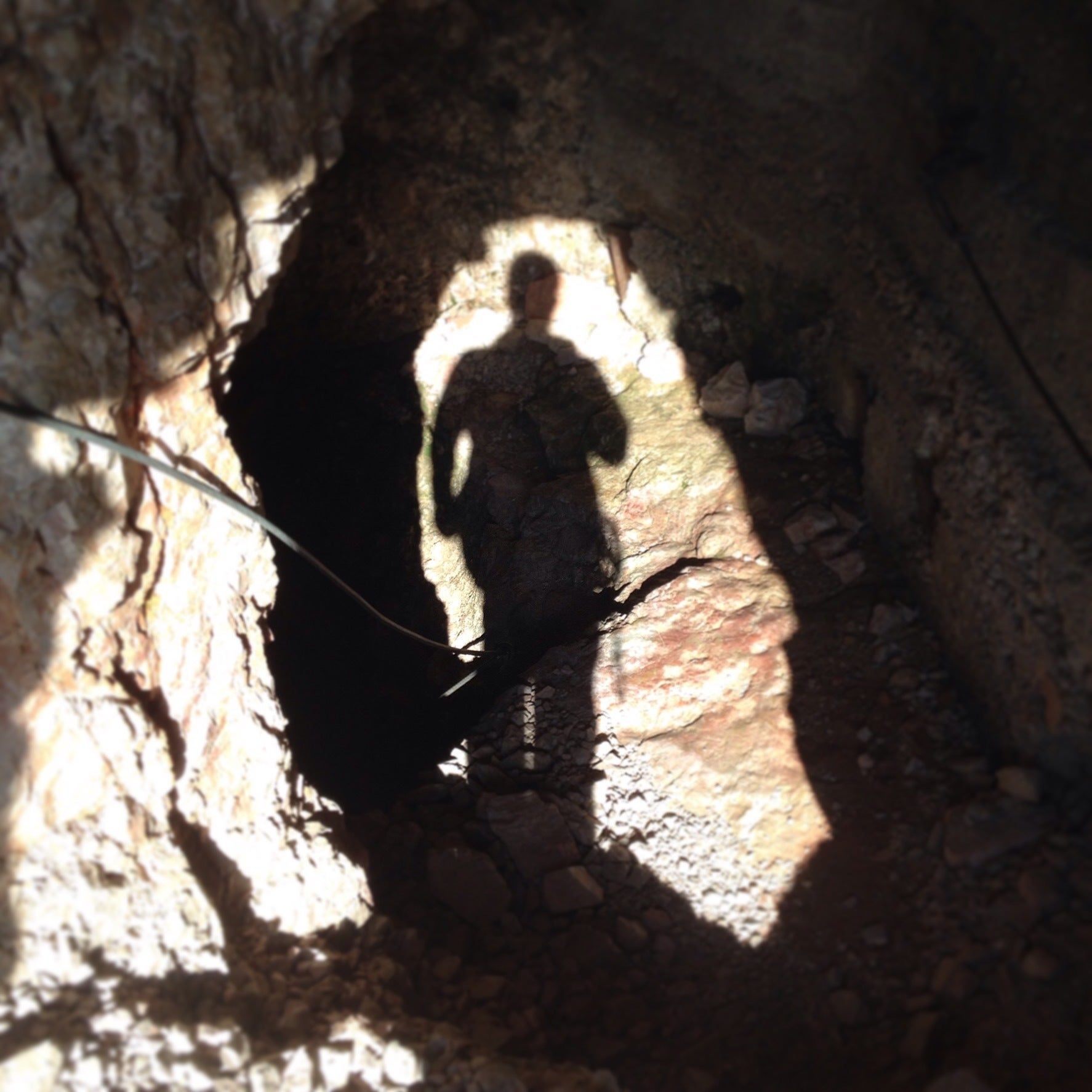 The pass outside of Cortina, where the frontline was a 5 kilometer-deep zone of trenches and tunnels, fortifications and artillery, was the highest concentration of special mountain troops—the Kaiserjaeger of the Empire and the Italian Alpini. It’s likely Dibona fought, or at least passed by, this battlefield. If either side had managed to break through here, they would have been able to march unimpeded into the plains on the other side, forcing the other side to capitulate, effectively ending the war. I imagine what that must have been like for Dibona, sitting on a ridge top looking down the valley, knowing his home and his family were only a day’s walk away, just out of sight. 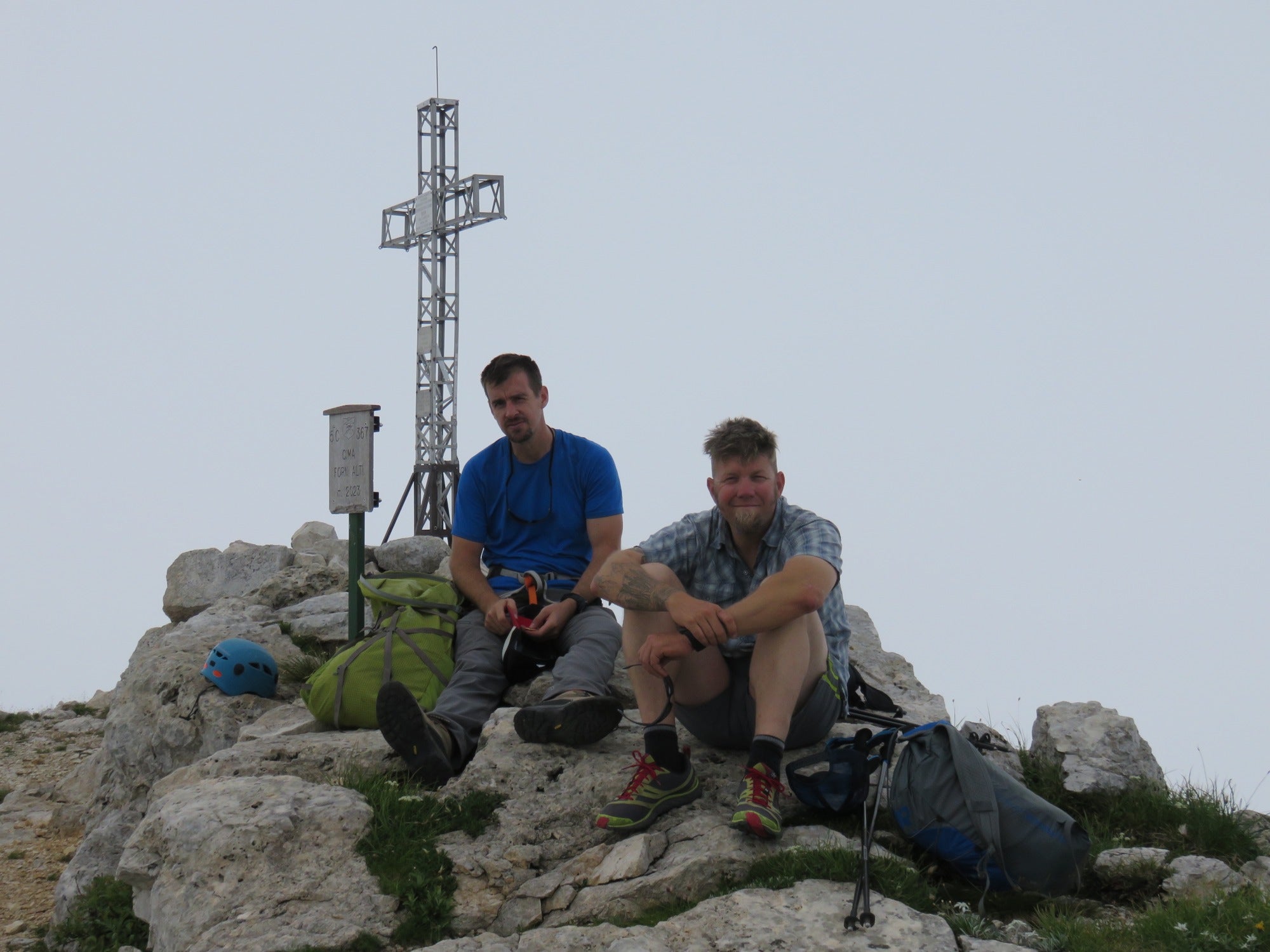 And I wondered about life after the war. He built his refugio just 5 kilometers away from the pass, alongside an Italian artillery position that spent more than three years dropping shells onto his brothers-in-arms. How much did that haunt his thoughts as he hosted climbers and walkers there?

I wonder if he knew what the future would bring, if he foresaw his generation building an adventure mountain tourism industry that had never existed before? Or the return of another generation from World War II, rebuilding it anew. Did he suspect that climbers would come from around the world to climb and ski in his mountains? Or that his great grandson—a fantastic mountain biker and skier—would be managing his refugio today? 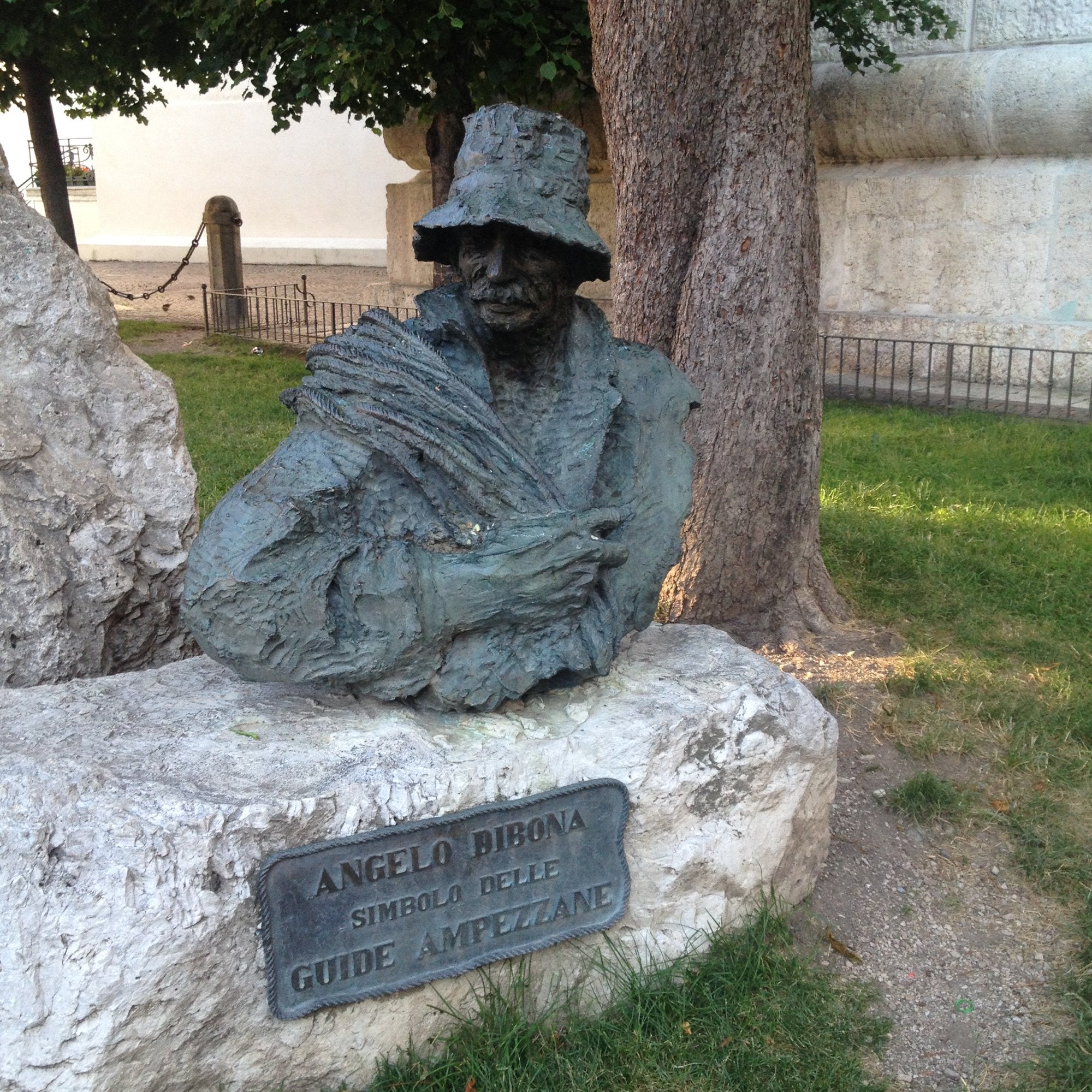 And so I look back at my hands on the holds, the limestone under my feet, and the rope trailing back to Josh and Brian. I take a deep breath, look up at the pitch above, and started to climb again.