Climbing Through Pregnancy: Slowing Down In Month Seven 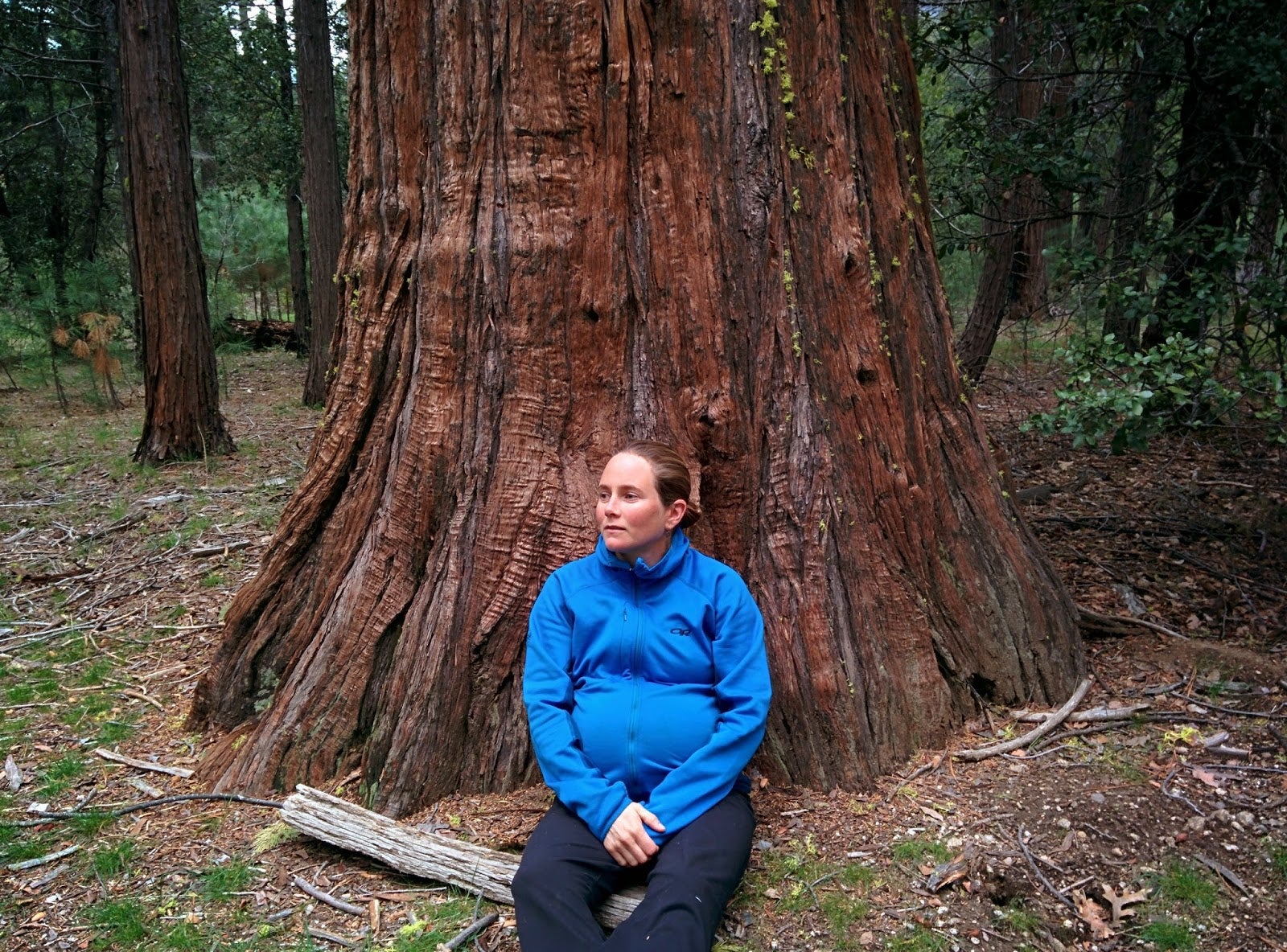 After having my best month yet last month, I was optimistic that I would ride that feel-good wave through the rest of my pregnancy. Alas, by month seven, I found myself looking round, feeling slow and becoming increasingly useless.

When you’re a health-conscious, athletic person, there are a few things in life that you’d never imagine yourself experiencing: like having to wear loose, over-sized clothing or waddling around like a stuffed penguin on flat ground. I was plus 25 pounds, and feeling every one of them.

I didn't climb at all this month, and it was harder to let climbing go than I expected. I’ve heard from so many women around the world who were able to climb until the day they delivered, and I had hoped that would be my experience as well.

It’s funny that I titled this blog series “Climbing Pregnant”—which suggests that I’ve always believed that I could achieve some kind of harmonious state between the two. Maybe I still do. But one thing I’ve learned is how these two important aspects of my life don’t always see eye to eye. In fact, they can pull and tug me painfully in different directions at the same time.

Month seven, for me, was the month that Pregnancy beat Climbing. Climbing just didn’t feel good to me. It didn’t feel “right,” the way it it has in the past. While I’ve heard from many women who have climbed till delivery day, I’ve also heard from other women who say that it’s more important to listen to your body. Lynn Hill told me she stopped climbing in month five, which certainly made me feel like I was in good company.

So, reluctantly, I let climbing go.

Even working out and going for walks was becoming increasingly painful. I kept it up about once or twice a week, just to maintain some sort of sanity. But for the first time in my life, being sore felt awful. I'm normally such a hammerhead that I LOVE being sore, but now, it felt terrible. I was becoming the stereotypical pregnant woman: beached-whaling it on the couch, and anytime I showed my face in public, getting asked by every random stranger if I was due in the next week. Clearly I was looking huge!

My pelvis was stretching and widening, getting ready for birth. In fact, every time I rolled over in my sleep, one of my hip joints would pop—that's how loose it was getting. Finally, about a week into month seven, my left SI (sacroiliac) joint totally went out as I performed the “extremely demanding” task of carrying a bottle of OJ to the fridge.

The SI joint pain was debilitating. I couldn’t walk from the bedroom to the bathroom without Randy's help. Actual exercise, of course, was out—which left me feeling quite down and blue. I just spent my day sitting in a recliner with a heat or ice pack, or lying in bed, wondering if every pregnant person has to go through this.

There was one way in which I was not the cliched pregnant lady from the movies, however. My appetite. With climbing or any exercise out of the question, I figured I could use this time and just do some good old fashioned pigging out. I bought several different boxes of vegan cookies and brownies, made reservations at our favorite restaurants, and set my happiness on indulging. However, one thing they don't show you in the movies about being pregnant, is the lack of room you have in your stomach. Even though I wanted to eat like a fiend, sadly, I couldn’t get more than a single cookie down after dinner!

I was feeling pathetic: I couldn’t climb. I couldn’t walk. And I couldn’t even eat a whole box of brownies!

As month seven drew to a close, and I began reflecting about what I wanted to write about this month, I realized that these past 30 days have been really important for me to realize that "not climbing" while pregnant—and learning to be truly OK with that—is a huge and important step in this whole transformational experience. So many of us climbers are defined by our climbing and our lifestyle—I know I certainly am. I was really hoping to be able to waddle my way up climbs throughout my entire pregnancy, but I think if there's any time not to push through something, it's while pregnant. It's hard to give up that "hardman" attitude that we climbers strive and aspire to embody. That hard-headedness is what gets us up climbs we never thought we could achieve, and attain the summits of our dreams.

But success isn’t just about beating your head into the wall. Equally important, I think, is letting attachments go. This was a tough month for me because I had to let go of some of the very things that I believed make me who I am. And without those facades there—of being a climber, of being an athlete—you can actually get a more clear picture of yourself and who you are.

I've got a little less than two months to go now, and my round, slow self is pretty psyched to meet this little guy. But I would be lying if didn’t say that I’m also excited to get my body back. Not that I want to be sending 5.14 in a few months, but it would be nice to not feel uncomfortable and in pain all the time, and do mundane things like cook and walk without injuring my joints!

I'm also looking forward to taking this guy outside to crags, and learning all about how that works. I know I have many sources that I can learn from, but if anyone has anything that was their "key" thing or idea that helped them, I'd love to start that conversation going. I’m OK with not climbing right now, but it would be nice to experience it vicariously!! It would be nice to hear about climbing through you cragging moms out there, even though I'm not really doing much of it.