Climbing With Kids: Sleeping And Napping Outside 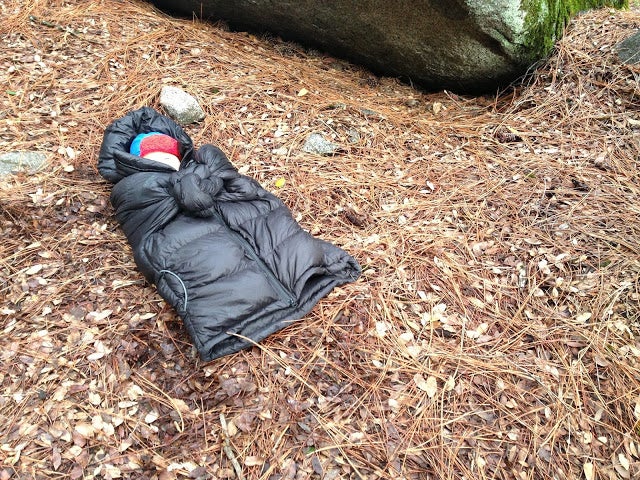 A version of this post originally appeared as a response to a letter, on Beth's blog.

The question of sleeping/napping at the crag is a good one. I can tell you what has worked for us and what I know works for some of my friends, and hopefully one of them or some combination will work for you so you can get outside with your little one, too. Theo has usually done pretty well sleeping outside, which I’m very thankful for. I’m not sure if we’ve just gotten extremely lucky or if it’s what he’s used to, or both. But so far it’s gone OK for us.

The first time we took Theo out —when he was five weeks old—he had a meltdown. We tried everything: nursing, walking, singing, bouncing. I remember being terrified, thinking, “What if Theo just hates being outside?!” Luckily, swaddling worked for him in the end. It was really windy, there were a lot of people at the crag, and it was cold and new for him. My guess is it was just too much stimulation for the little guy. But having a bag of tricks to choose from always seems like a good idea.

Here are a few ideas and things that have either worked for us or friends:

Laying him on the ground. If I know we're not moving areas or going very far and it’s not buggy out, I will normally walk him in the Ergo until he is asleep. Then I’ll lay him down on an open jacket (if it’s cold out) and then zip the jacket and tie the arms around him, which gives him a swaddling effect. I’m not sure how long this technique will be good for, but so far it’s been awesome through the first year. (Thank you to John and Shannon and Lyn and Paul for the genius idea!) If it’s wet or really cold, I’ll put either the Organic Slider pad or Metolius Shield pad under him.

Sleeping on me. If we are going to move areas, routes, etc., and I know he won’t make the transfer, then I’ll usually just have him sleep on me. I know this might be hard for some people, as you don’t get to climb with a baby strapped to your chest. But for me, a non-tired kiddo has been worth the hour or two of no climbing. Who knows what I’ll do when he’s a 40-pound toddler. I'll either have a super strong back or a broken one, but so far that’s been my answer.

In a kid tent. If it’s buggy and or threatening rain, we have some friends who use the KidCo Peapod tent. We haven’t used it yet, but I think we’ll invest in one this fall for Theo. It seems like such a good, relatively cheap piece of equipment to take to the crag. (Great idea, Becca!)

In the good old-fashioned stroller. My friend Becky used her car seat in the stroller for a month of climbing in Fontainebleau. It literally looked like it wouldn’t last a day in the forest, but the cheap Craigslist Chicco stroller held up over miles and miles of sand, four wheeling and boulder hopping. And at least in Fontainebleau, napping in some sort of stroller/jogger seemed to be the norm for the European babies. At one point at Isatis, I counted five sleeping kiddos under the age of two within 100 feet of each other, all in some sort of stroller. 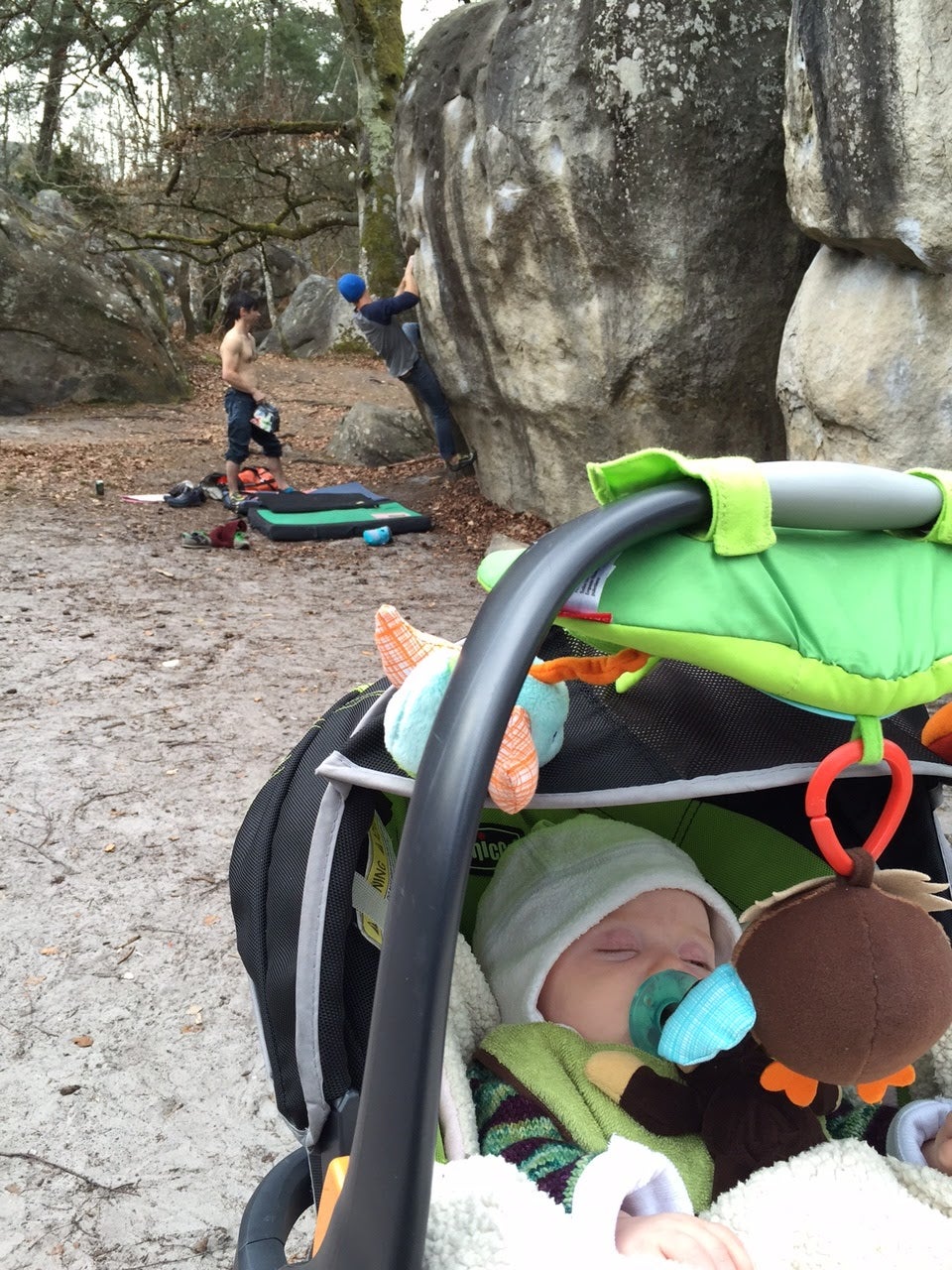 In a cocoon-type contraption. We never used this, but the Phil and Ted’s Cocoon has been passed around our group of friends and everyone has LOVED it. Obviously this is for when they are little, maybe seven months and younger? It keeps them warm and acts as a swaddle, too. Our friends have even rigged this up with webbing in a tree to swing them to sleep.

Time your travel to and from the crag. If your kiddo is on the two-naps-per-day routine, and you have a long enough commute to the crag, this can work great. We had friends in Yosemite who were staying about 40 minutes outside the park, and their kiddo would fall asleep on the drive. One of them would stay in the car until he woke up, and voila! Nap number one is taken care of. 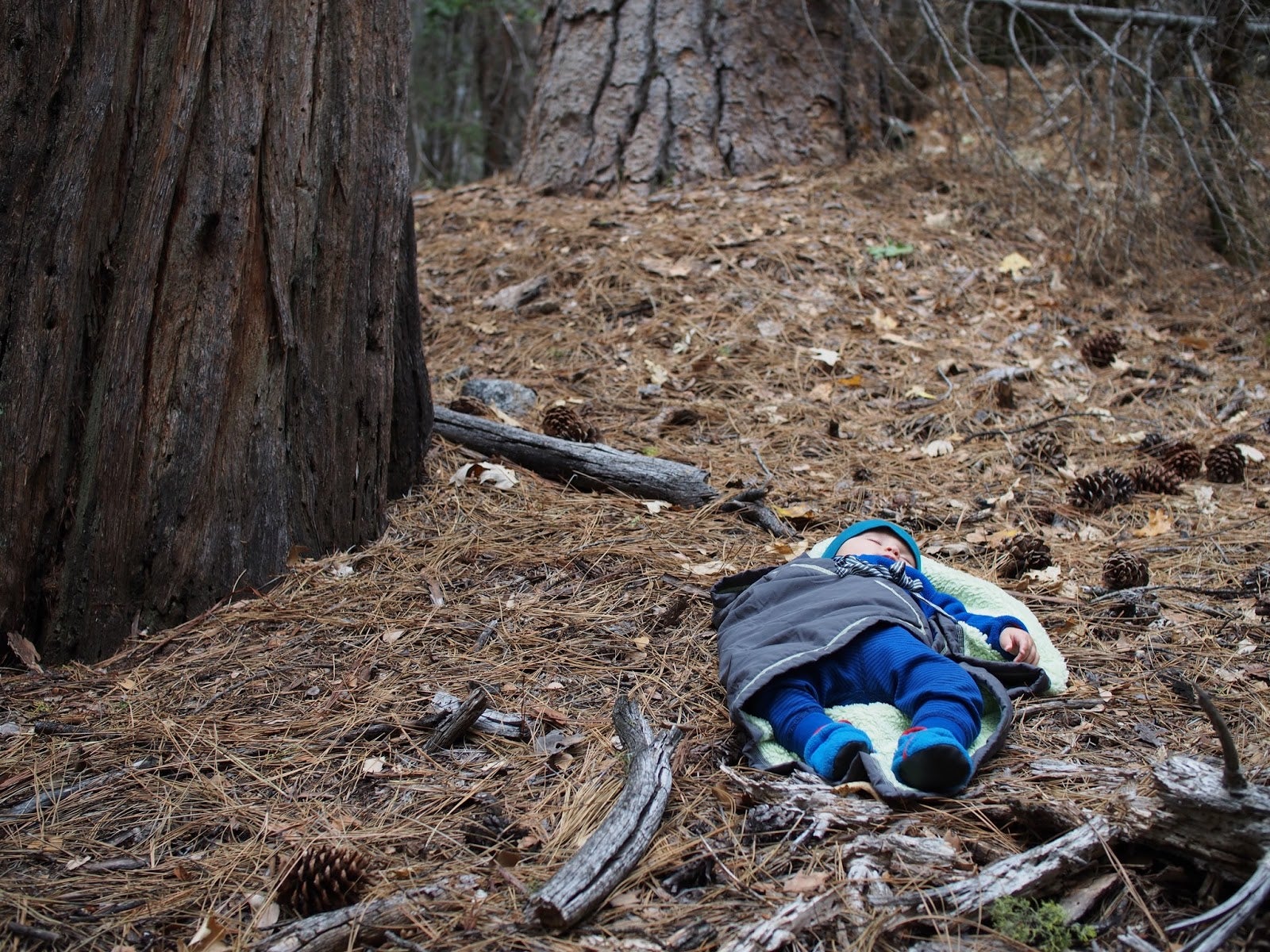 Try white noise. We haven’t done this, but our friends took their five-week-old to Fontainebleau for a month of climbing. He slept so well on the plane ride over there that they recorded the airplane's white noise on their phone. They would place it by him when he was sleeping in the forest, and it worked great.

Be patient with yourself. I know sleep is one of the most precious things in parenthood. So if it takes a bit to get used to outside, or they are off of their routine for a few days, go easy on yourself. I know Randy has had to talk me down more than a few times when Theo didn’t get his sleep quota in at the crag. But the more he got used to it, the easier it became and pretty soon it was his “normal.”