Come To Cody, Wyo., For Ice Climbing—Stay For The Quirk 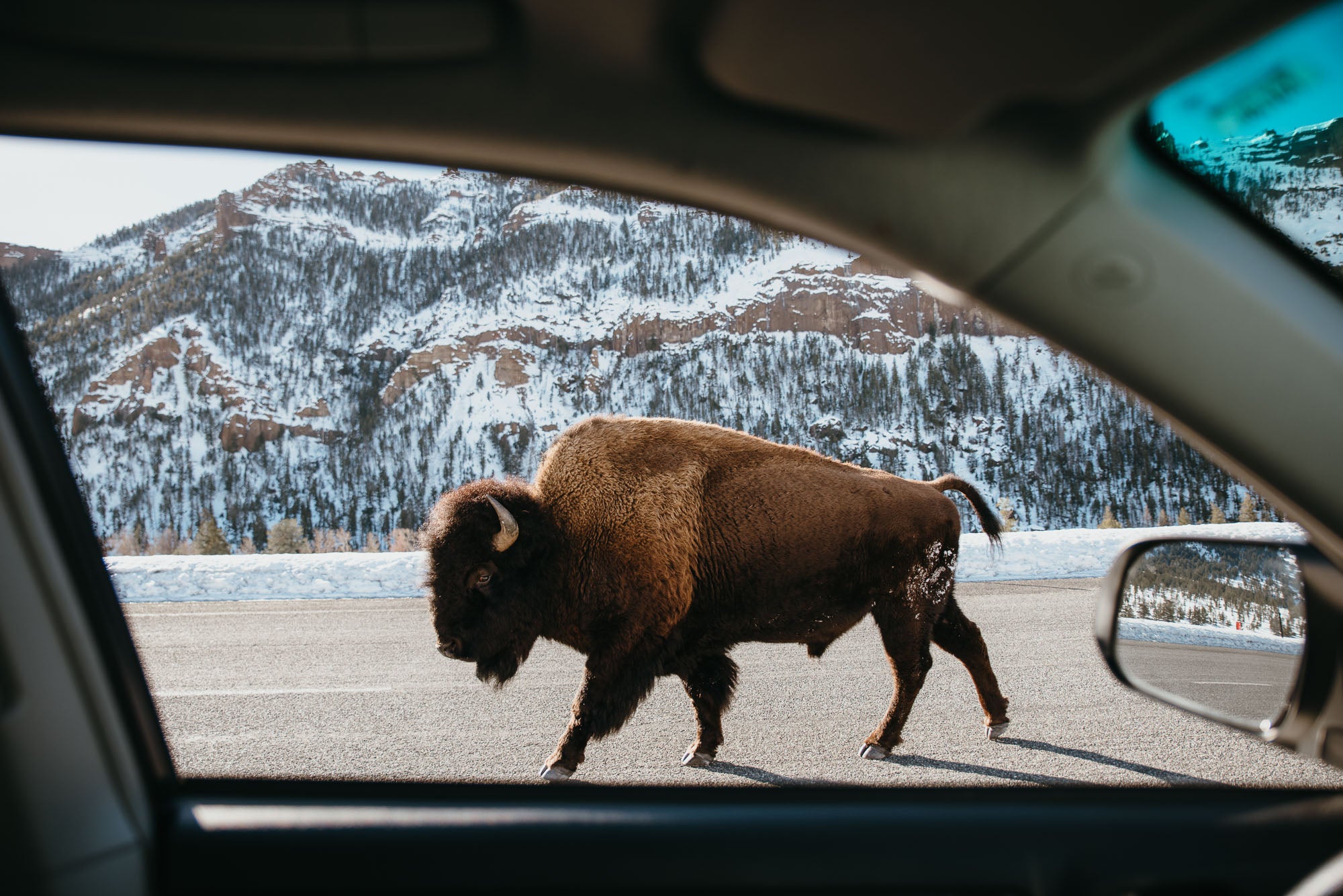 As our plane descended into the Bighorn Basin, we lurched so hard that the hinge on the bathroom door broke. I pressed my face to the window, fighting the urge to hurl, and looked down at ice gleaming on jagged peaks in every direction. It took the pilot of our puddlejumper three tries to get us on the ground, and later I read in the local paper that recorded winds were gusting to 110 mph.

Our motley crew had flown in for the Cody Ice Festival, and as we rallied toward town, we passed a guy walking along the side of the road dragging a duffel. Our driver (a local) pulled over, and that’s how we met Ted: by cramming him into the back seat, packs on our laps, and introducing ourselves. He was from Northern California, he said, and had come to climb. Could we just drop him off at his hotel? Oh yeah, it’s the one that’s so cheap that the hot tub is literally in the lobby. Right here, thanks. We shook our heads and smiled as we drove away. Wyoming attracts the hardmen and the cowboys and the weirdos, and that’s just the way they like it. 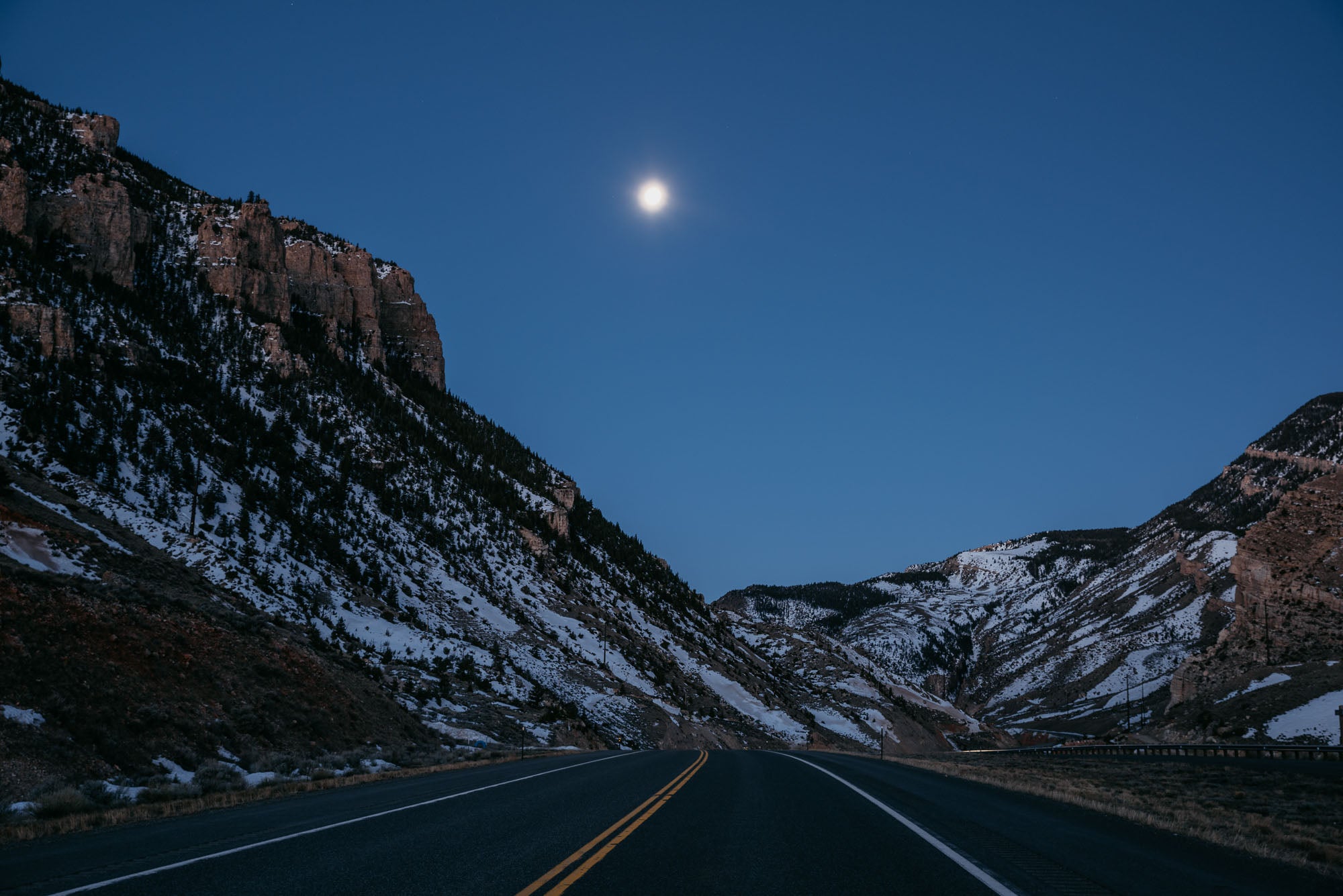 The town of Cody is tucked into the Bighorn Basin in northwest Wyoming—Yellowstone National Park is 50 miles to the west. The Shoshone River winds through town, and if you wander down to the banks you’ll understand why the Crow people originally named the stream “Stinking Water.” (Sulfur makes it smell like fart.) This is Buffalo Bill country: big pickup trucks, 20-ounce steaks, and a fierce streak of independence. Because the basin was off-limits to white settlers until the late 19th century (due to some complicated treaties with the local tribes), the area around Cody was one of the most recently settled in the deep West. It’s quirky as hell, and most ice climbers are just weird enough to fit in—or at least that’s what we like to tell ourselves. 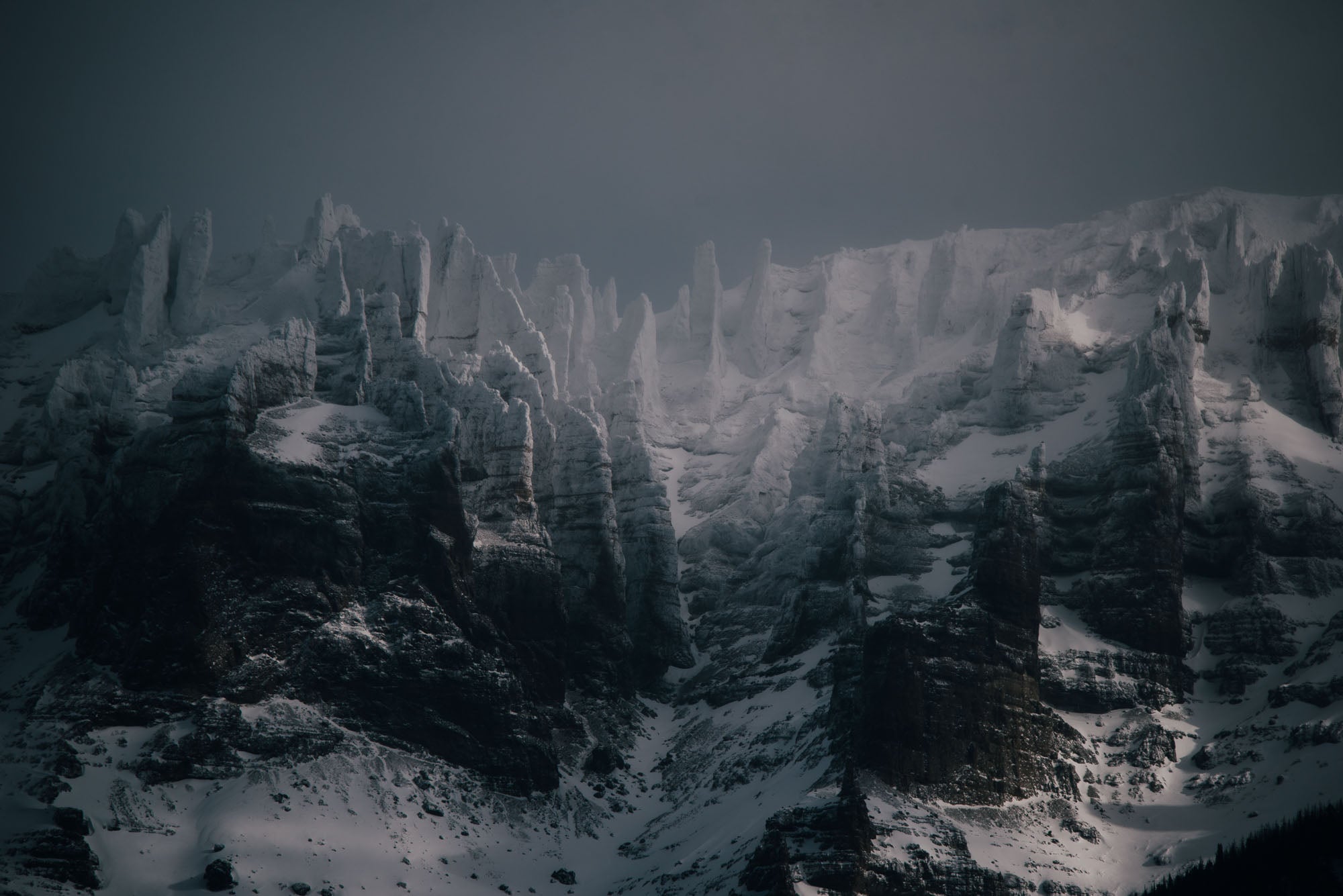 The basin is flanked by mountain ranges on three sides: the Bighorn Mountains to the east, the Owl Creek Mountains to the south, and the Absarokas to the west. The best climbing happens in the South Fork Valley. Roughly 30 miles outside of town, at 6,500 feet, it’s and surrounded by the vertical walls of nearby peaks.

Conditions are perfect for forming natural water ice, and the area has the highest concentration of ice routes and climbable frozen pillars in the lower 48. Approaches are stout, and sometimes require several hours of routefinding and trailbreaking. But just as with most things in Wyoming, if you’ve got the cajones to show up, you’ll find a reason to stay. 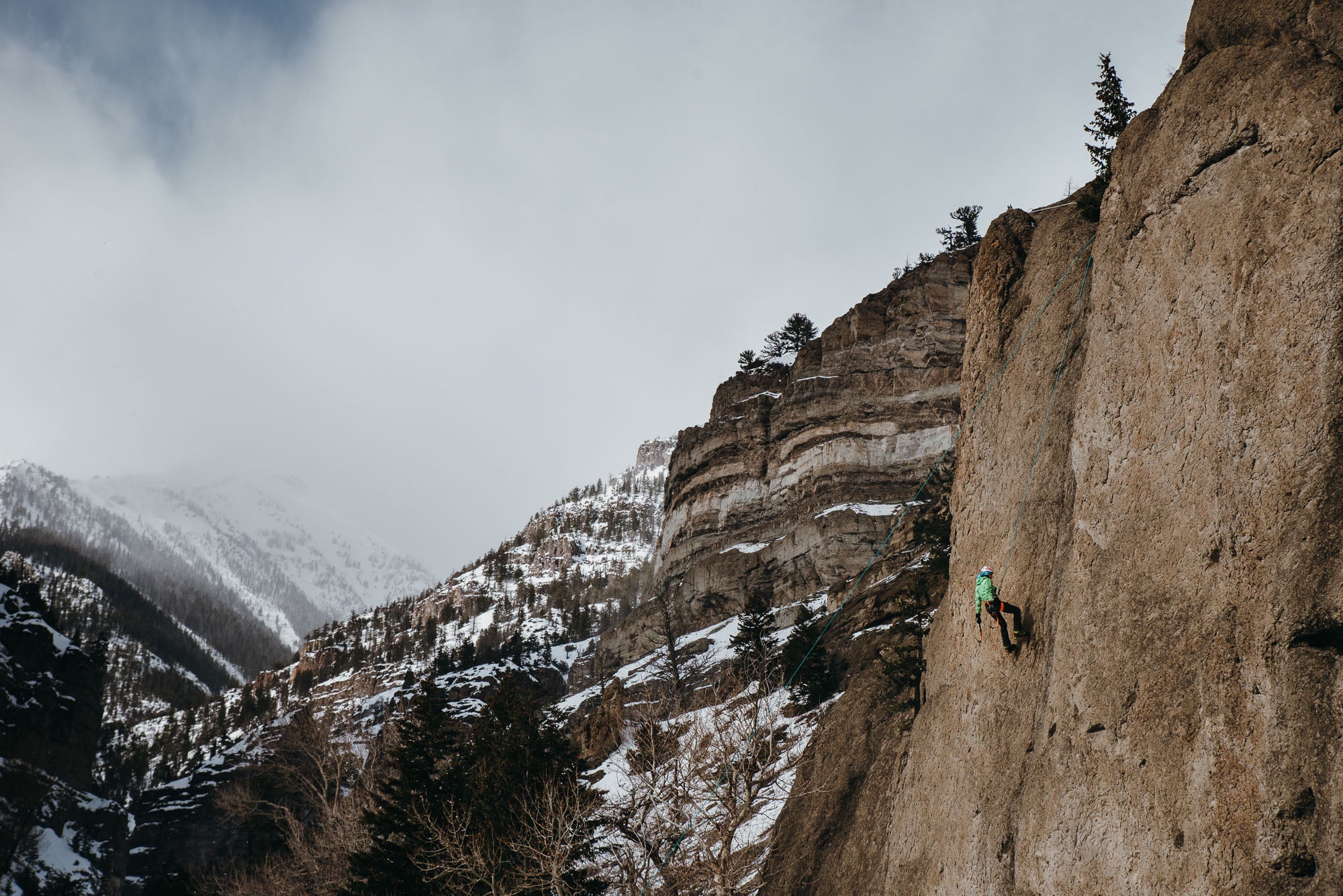 Like most alpine-style climbing areas, you’ll need to do a little sleuthing to find appropriate routes and figure out what’s in. The best guidebooks are Winter Dance: Select Ice Climbs in Southern Wyoming and Northern Montana and Big Sky Ice: Montana Ice Climbs With Select Climbs of Northern Wyoming. For local beta, check out Cold Fear and Climbing Wyoming, both of which often post conditions and trip reports. Specific routes to drool over include:

—Mean Green (WI5, 7 pitches, 300 meters). One of the first multi-pitch routes put up in the South Fork, this route is considered one of North America’s best ice routes for good reason: the often-fat upper pitches of this climb offer solid pro, an alpine-style experience, and mind-blowing views of the valley below. It’s one of the most visible flows along the north-facing side of the South Fork, and Joe Josephson called it “one of the top ten routes in North America.” 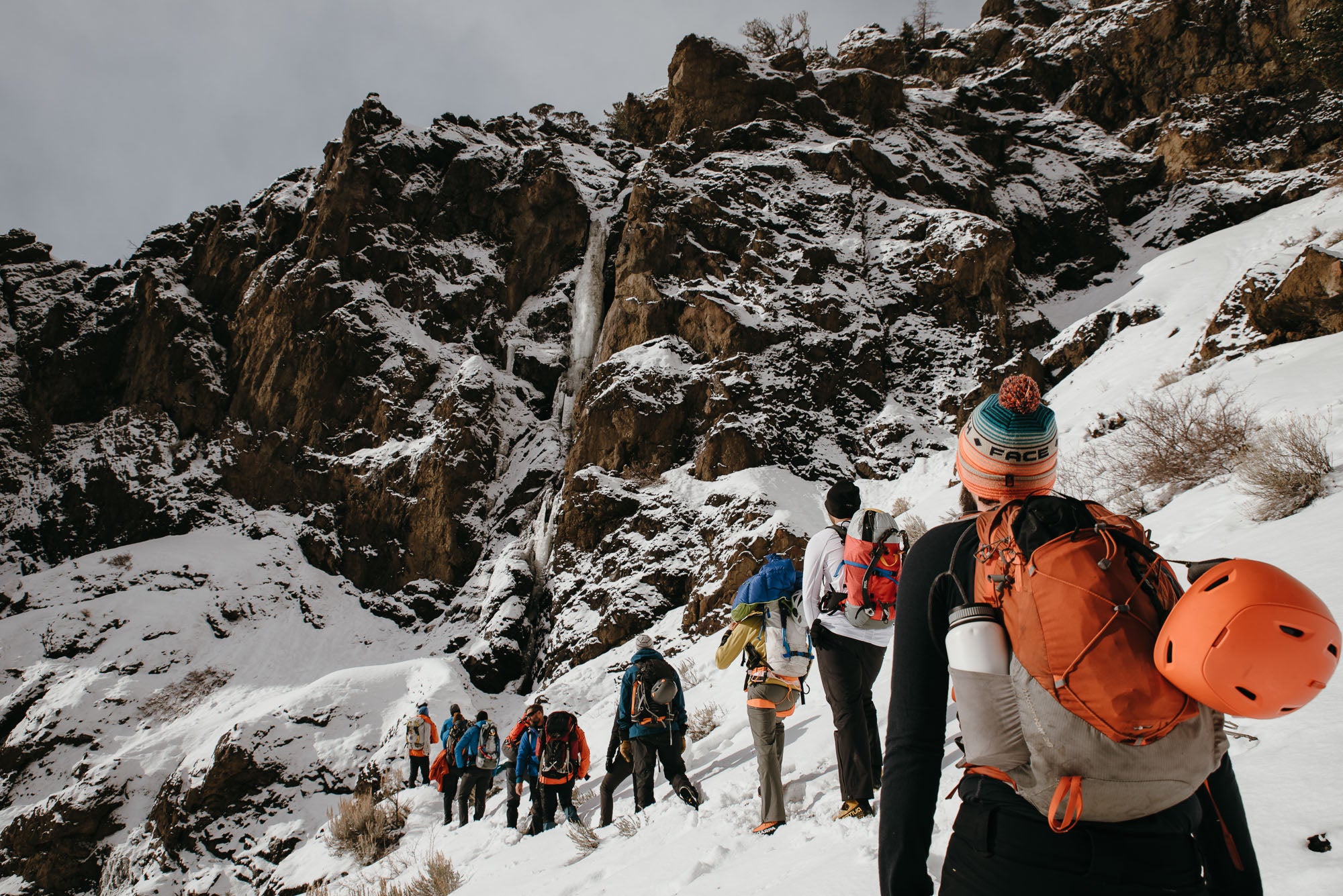 —Bozo’s Revenge (WI3+, 3 pitches, 30-40 meters.) A beginner-friendly Cody classic with one of the most straightforward approaches in the area, this climb is known for fat, consistent ice.

—High On Boulder (WI4, 3 pitches, 160 meters.) Super sustained ramp-like climbing with bolted anchors, and located in a drainage that holds several other great routes as well: Moonrise (140 meters, WI5), Save It For Later (50 meters, WI3+), and Scratch My Itchy (45 meters, WI5).

—Broken Hearts (WI5, 7 pitches, 200 meters.) Locals swear that this line comes in every year, so add it to your list of routes not to miss. The first four pitches lead teams into an aesthetic amphitheater, and the last three pitches ramp up in grade. The seventh pitch doesn’t form as routinely as the lower six, but it’s still worth checking out. 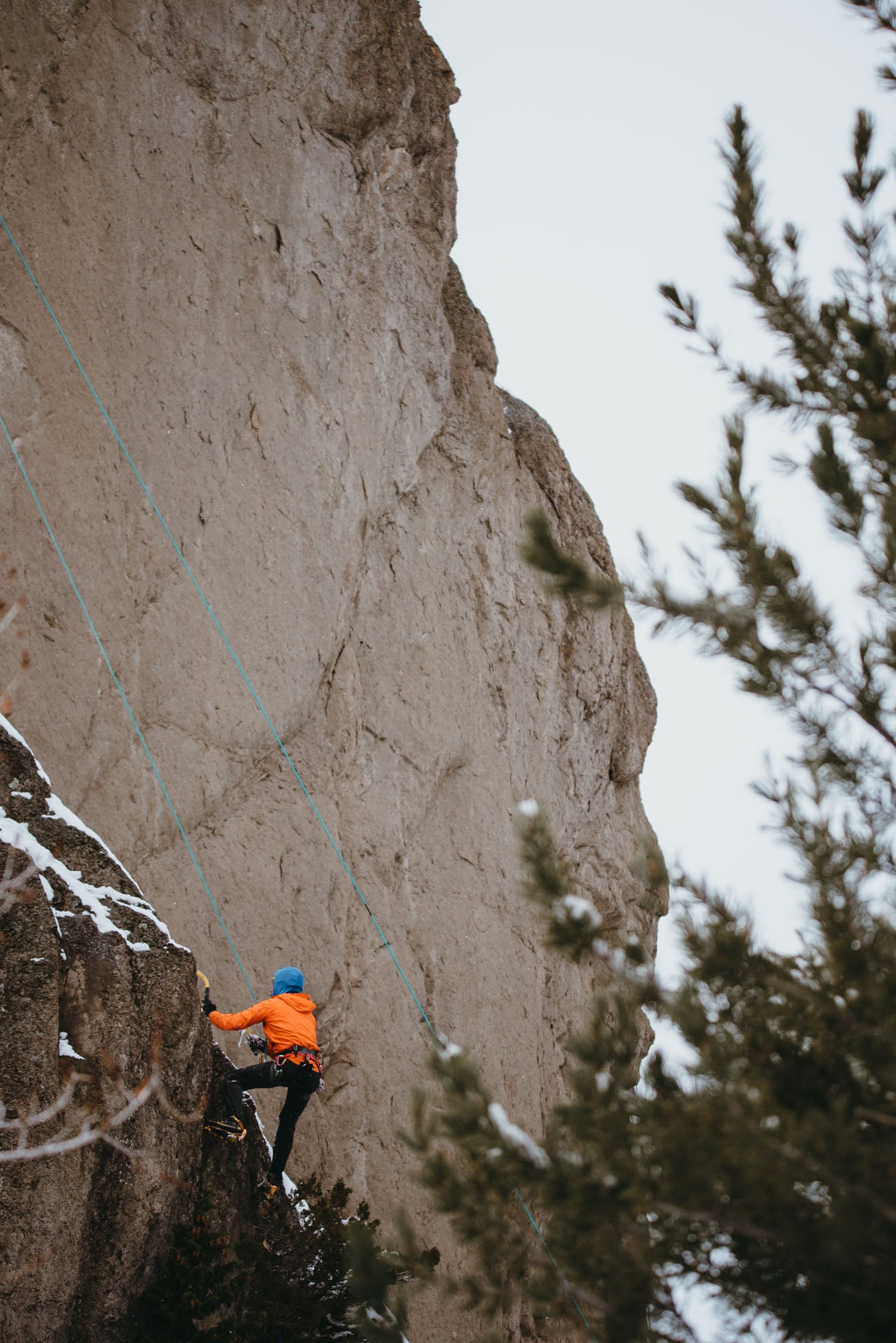 —Get your caffeine fix at Rawhide Coffee (good wifi) or the Beta Coffeehouse (good burritos), then stock up on groceries (or sleep in your car in the parking lot) at Wal-Mart. If you have last-minute gear needs, check out Sunlight Sports on the main drag or search for bargains at the brick-and-mortar Sierra Trading Post. For a hearty lunch or dinner, take a card from the locals and head to the Wyoming Rib and Chop House — you might be tempted by the buffalo burger, but there’s no beating the famous fillet.

—There’s plenty of free camping at the Deer Creek-Shoshone Campground on Highway 291, but most ice climbers splurge for lodging that involves a hot shower and a place to dry out wet gear. Options include the Holiday Inn (decently cheap), Buffalo Bill’s Irma Hotel (named for his daughter), and the Best Western Premier Ivy Inn & Suites (which has $3 beer at the lobby bar.) 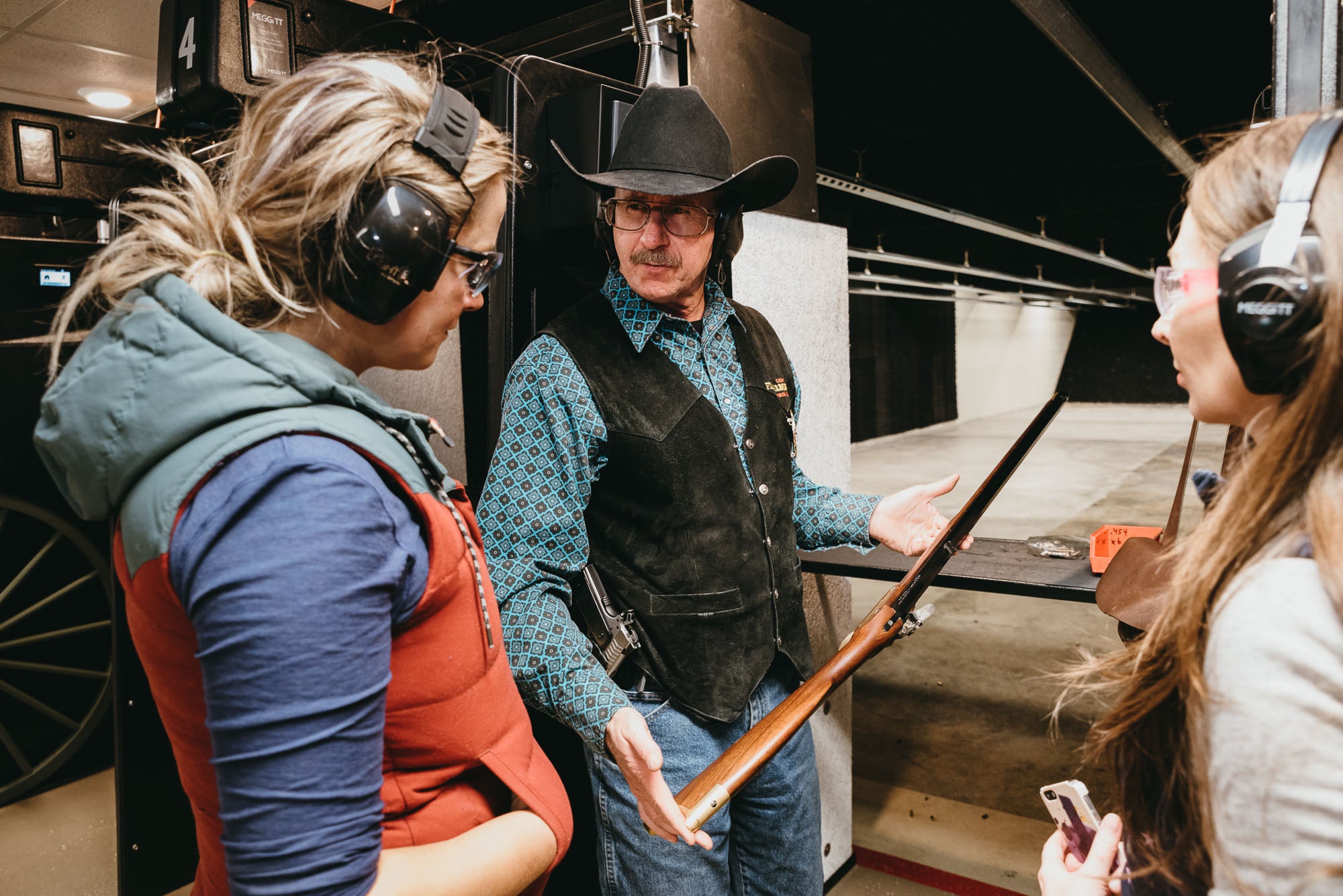 —Blow your entertainment budget at the Cody Firearms Experience, a brand-new shooting range that features a wide range of historically significant guns. Experts will explain the pivotal role of firearm technology in the settling of the old west, and there are packages that let you shoot a wide range of flintlock muskets, trapdoor carbines, and old-school revolvers. Visiting the range isn’t cheap, but shit — where else are you going to shoot a Gatling gun? If you’re not into real firearms, check out the arcade-style shooting range, which features a dead mule, a backlit hooker, and infinite opportunities to wager.

—If you have the time, consider a visit to Heart Mountain, one of ten internment camps used to relocate Japanese Americans during World War II. For three years (1942-1945), more than 14,000 people lived in barracks surrounded by barbed wire, making the camp the third-largest city in Wyoming at the time. Today the site is marked by an interpretive center with a walking tour, interactive art exhibits, and lots of background history. It’s a complicated experience, but as the custodians of the site tell visitors, “…it’s not about making a political stand. It’s about remembering what happened in our recent shared history — and learning from it.” 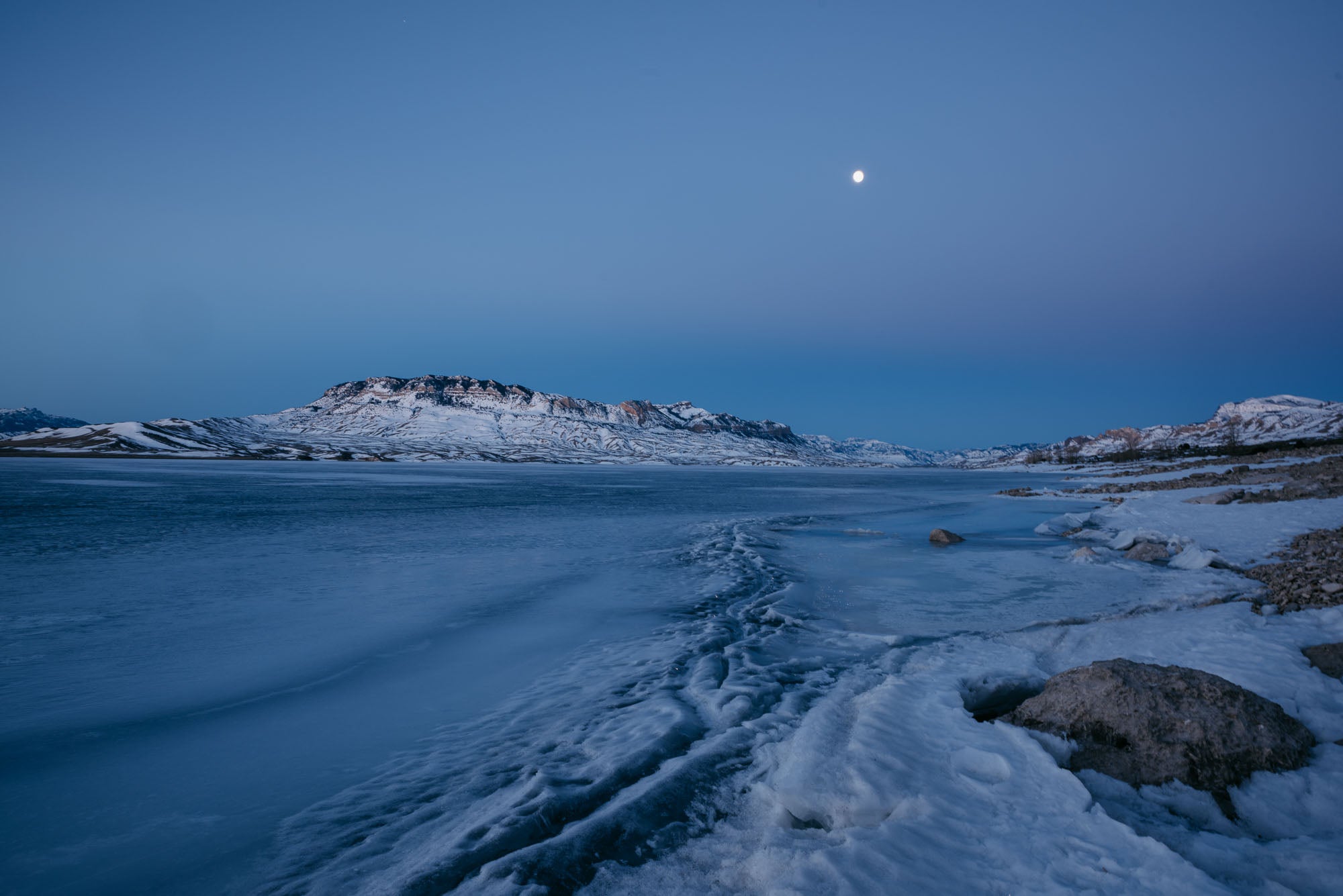 —On a rest day, rally for the 75-minute drive to the nearby town of Thermpolis, where you can soak all day in more than a dozen naturally occurring hot springs. Depending on your tastes, prices range from free to $12 — just make sure you clarify ahead of time which pools are swimsuit-optional. Finish the day with some local whiskey, and you’ll be back in the saddle in no time.