Customer Letter: Thanks For The Very Ugly Hat 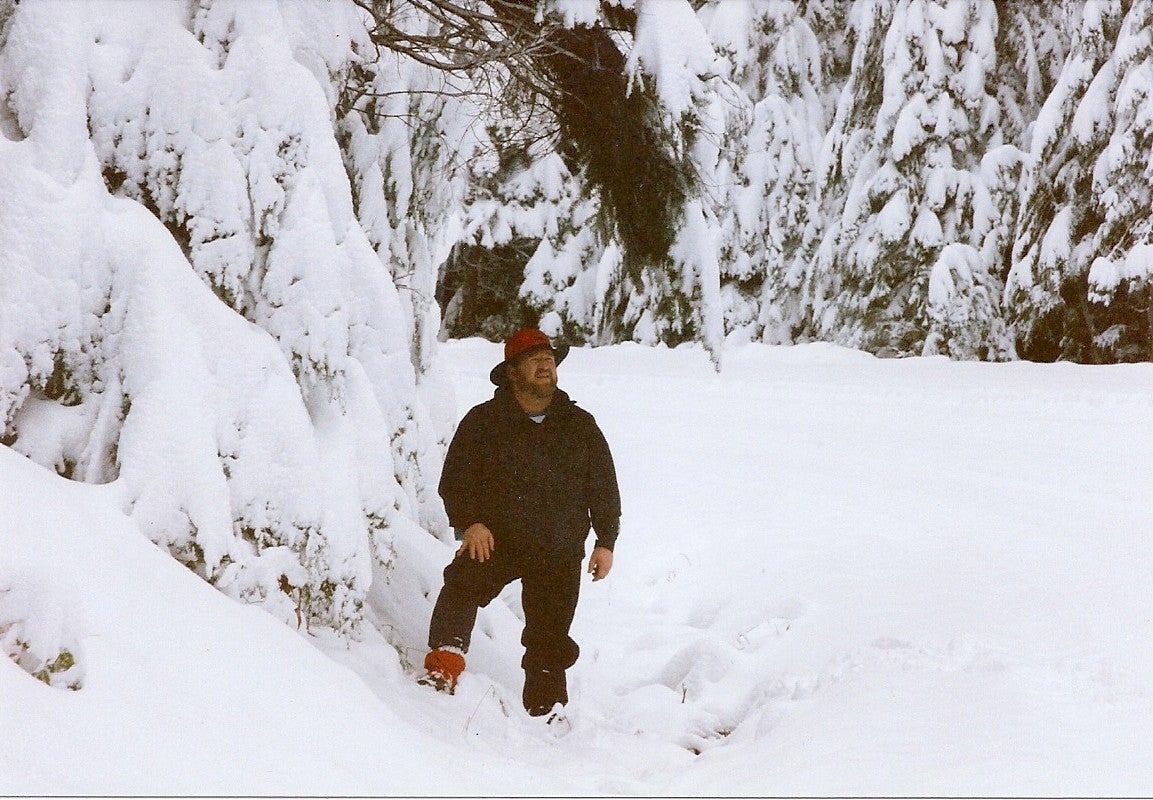 Sometimes we get letters from folks who've been using our gear over the years. Here's one we thought you might enjoy:

Enclosed you will find my nearly new Outdoor Research Seattle Sombreros.  I purchased them recently at REI in Seattle and an outdoor store located in Olympia the name of which escapes me.  The first was purchased just a few months ago, I believe in about 1982 or 1983 but I am not certain.  At any rate, as you can see, they are nearly new.

Before I go any further allow me to explain the nickname that has been given to my hats.  I was sitting in a restaurant somewhere in Eastern Oregon when a gentleman came through the door.  He was well seasoned and downright gamey.  His boots were old, not having been polluted with polish or boot grease for at least 20 years.  He was wearing old “coveralls” so threadbare and haphazardly patched that they barely covered anything, and they certainly didn’t cover “all.”  Judging by his extra wide smile I reasoned that his last trip to the dentist was sometime in the ’50’s or 60’s.  His stubbled face was grizzled and deeply creased and his salt and pepper hair was pulled back into a long pony tail that clearly hadn’t had an oil change since the Carter years.  He was possessed of a somewhat foreboding if not frightening visage.  The man was just about perfect in every way.  The kind of man every kid needs to have as an Uncle, or better yet, a Grandpa!  Perched upon his matted, tangled hair sat the ugliest hat I had ever seen.  I don’t know the make or the model, I suppose it started life as a rodeo Stetson or something like that, but the years had not been kind to it.  As stated, in my entire life I have never seen its equal when it comes to ugly.  It was just the kind of hat that everyone stares at the minute it comes into view.  You just can’t help it.  It was the same for me.  I just couldn’t take my eyes off it.  And he caught me gawking. 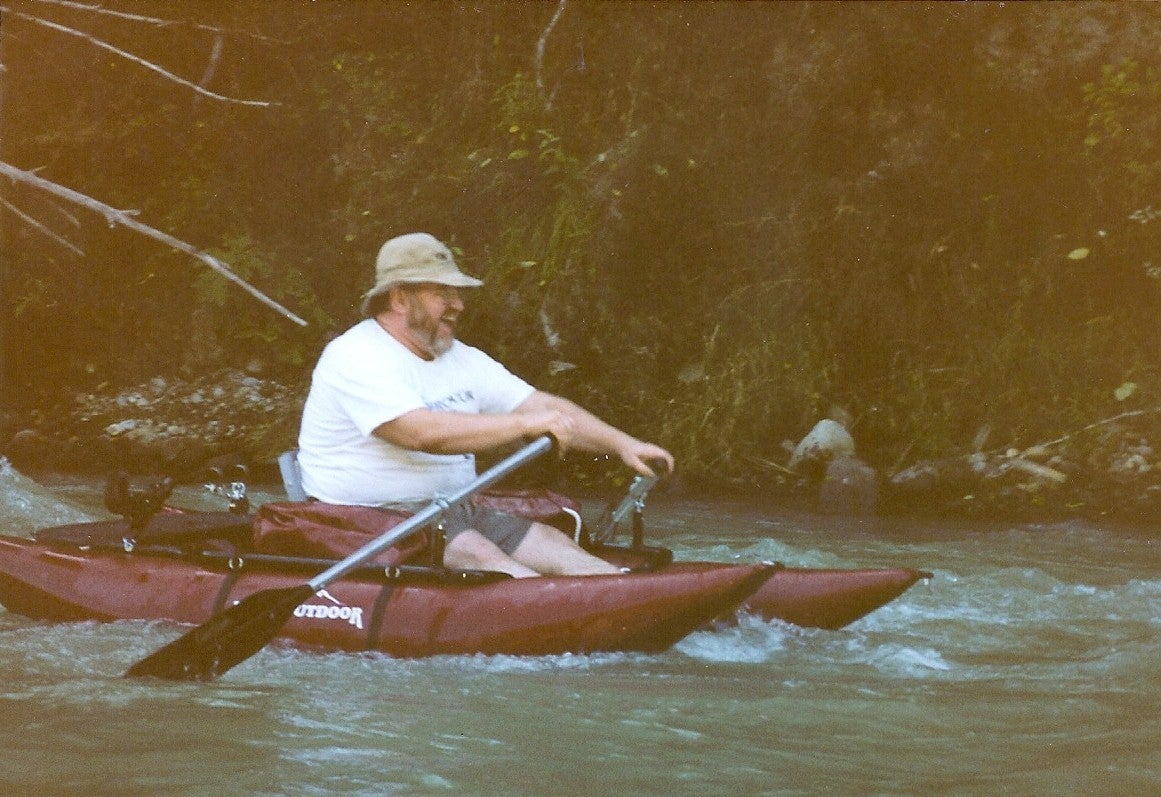 At the time I was wearing my “summertime” Outdoor Research hat.  The tan one.  He hobbled over to the table where I was having breakfast with my wife and glared at me.  He haltingly stabbed the gnarled stub of a finger into the direction of my Seattle Sombrero.   “THAT is a VERY UGLY HAT” he said to me with a sort of lisp that called attention to his dental history, or the lack of it.  He was serious and grimly stern.

“Thank you” I said meekly, “but don’t worry, it will never be as UGLY as your hat.”

My response made him pause for a moment before giving me a quick wink, “Just don’t mess with my record” he chided, and he went on his way.

That day my O/R hat became known as the Very Ugly Hat, or VUH.  Indeed, all my O/R hats shared that honor.  It was just what we called them among friends and family.

“Dad, can I borrow your Very Ugly Hat” one of the booger flingers would ask.

My reply was always the same, “Which one?” 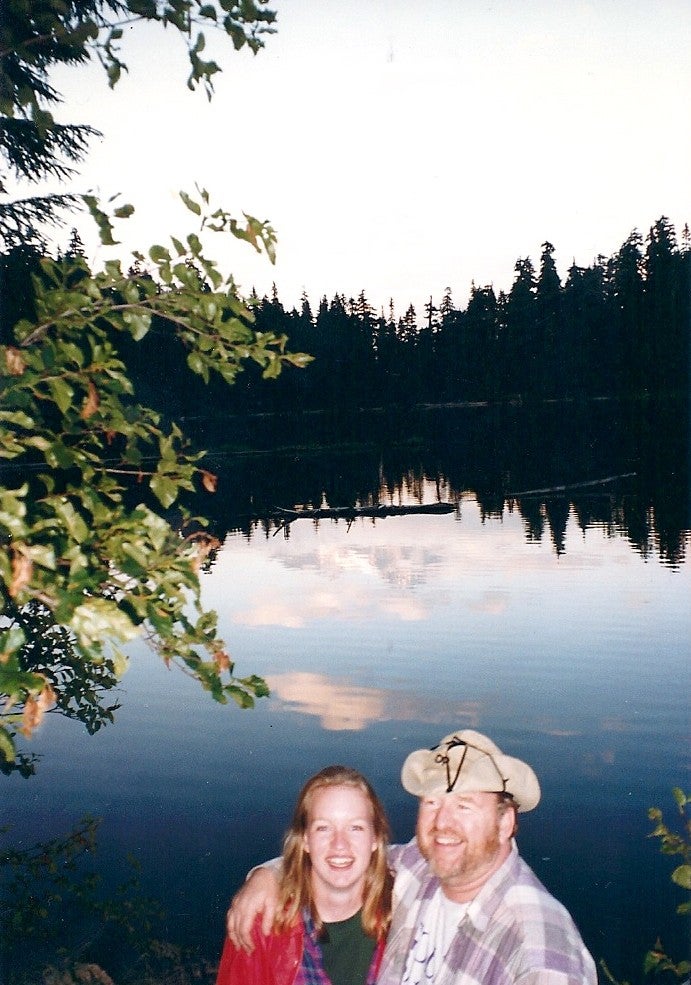 It didn’t matter, they never really wanted to borrow one, they were afraid of what might be living inside.  I also never allowed anyone to mistreat or abuse them by subjecting them to a washing machine or any other such foolish nonsense.  A good dunking in a mountain lake, river, stream, or Puget Sound while I was wearing it and they were always good to go.  Indeed, my VUH’s have seen more than their share of high adventure in the few months they have lived with me.  The yellow one once sailed with me in the Toliva Shoal race in a Gale that seemed to last all day.  At the end of that day the only body part that was dry on any member of the crew was the top of my head.  The red one was laying on top of my pack when a black bear came into camp at Flapjack Lakes and went through all our packs while my Daughter and I and her friends were down at the lake.  There was slobber and snot all over everything, but the VUH was untouched.  It probably was manufactured with some blend of bear repellent that you have accidentally discovered.  You may wish to do some market research to learn if anyone wearing one of these has ever been bothered by wild predators.  There may be a sales slogan in there somewhere.  “Seattle Sombrero-----repels Lions, Tigers, and Bears.”  One of them was blown off my head on a winter day while drifting down the Cowlitz river fishing for Steelhead.  It was simply not to be found and I mourned its passing.  At the end of the day, when we put the boat back on the trailer, there it was, somehow miraculously trapped under the boat.  I put it right back on, wet.  The stories go on and on. 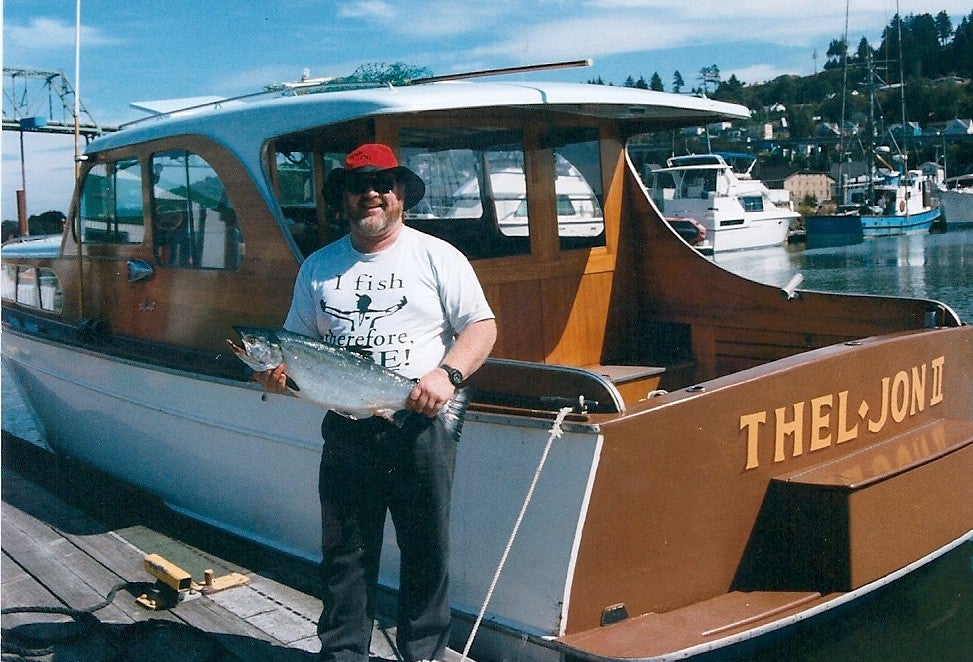 As you can tell, I have had a very nice relationship with these hats.  I am sending them to you as a courtesy so that you can have your research team look them over to see what can be done to keep them from wearing out in such a short amount of time and after such light use.

You will also notice that the Velcro has been removed from each of them, an action which certainly voids the warrantee despite the fact that they are such new hats.  My reason for having made those alterations is that I couldn’t wear them in the wind without having the brim blow up and stick to the crown just when I most needed protection from rain or sun.  I found that I never needed it stuck to the side of my head so, off came the Velcro.

All in all, I am glad to have owned them.  Sadly, my hiking boots are buried somewhere in the closet, my backpacks have been turned over to my grandkids, my (O/R) gaiters are on permanent loan somewhere, and I simply don’t get to do the things that my venerable VUH’s helped me to do. 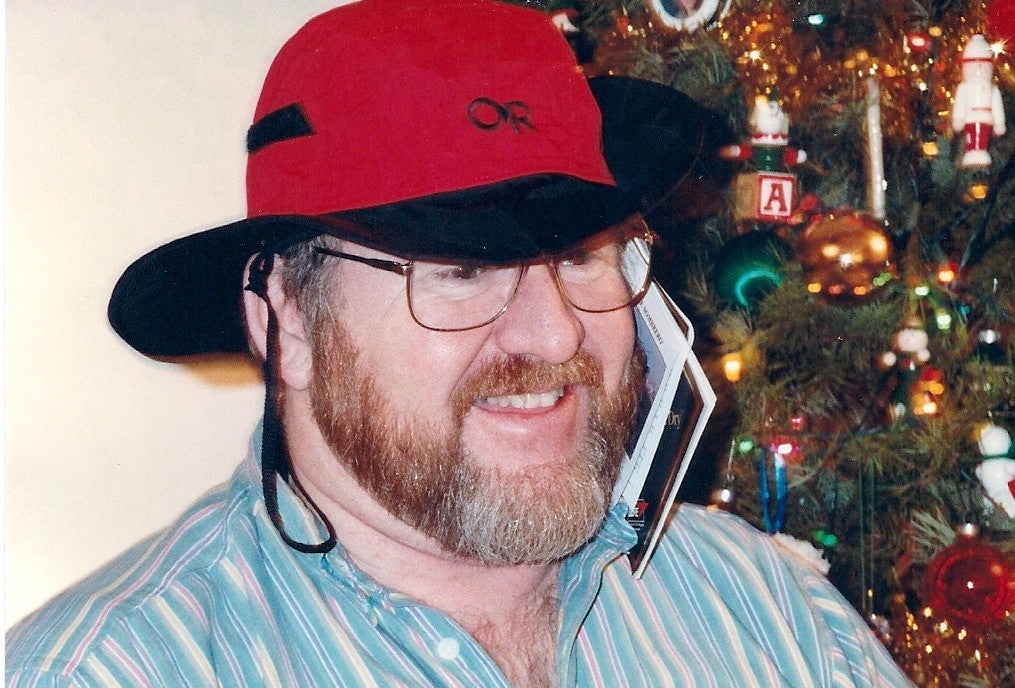 To steal a quote: “Thanks for the memories.”  They would not have been the same had it not been for those Very Ugly Hats!  Maybe they can finish their mission by helping you to see how they fared after a few months of light use.  And, maybe you could look closely at them, see that they are beautifully and exquisitely ugly, and produce a model just like the classic Seattle Sombrero with a couple of minor changes.  Where the Outdoor Research logo is, simply embroider VUH.

And oh yeah, lose the Velcro.

***Editor's note: Earlier this summer, Mr. Alan Bentley stopped by the OR offices in Seattle where we proudly presented him with a brand-new "very ugly hat" with custom embroidery saying just that. Happy adventuring, Mr. Bentley!! 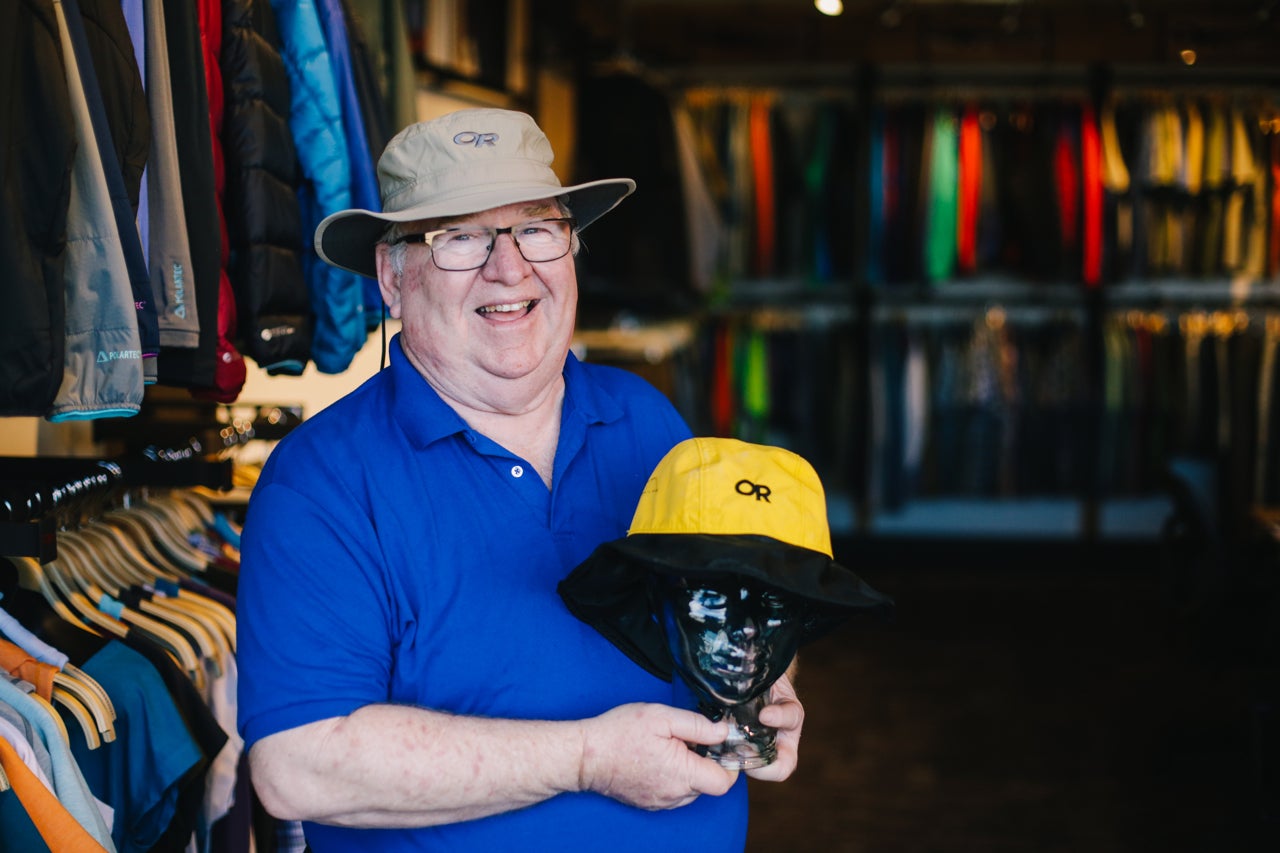