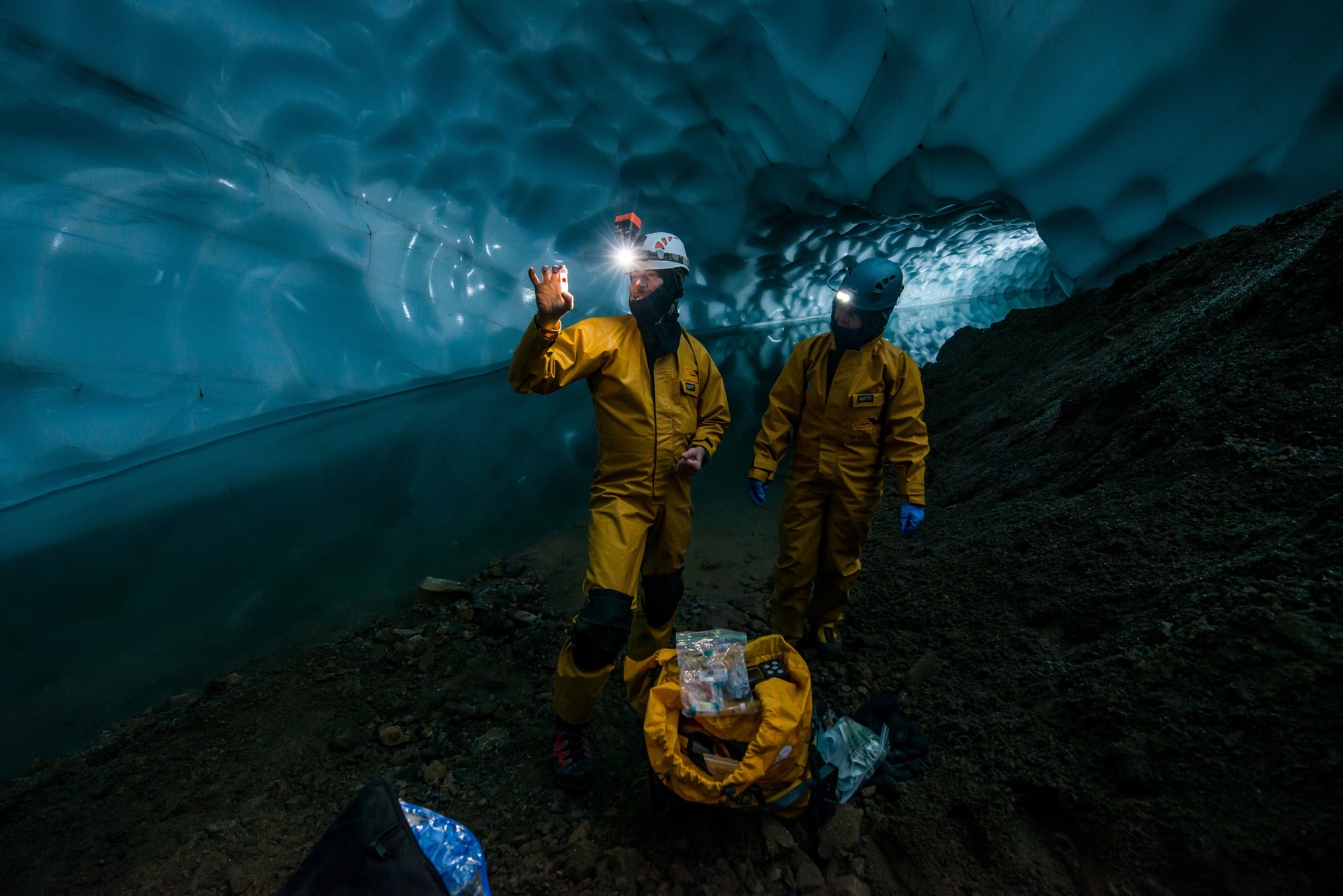 Mount Rainier's summit is a pinnacle of objective hazards—changing and extreme weather, high altitude and crevasses make it one of the most forboding places in the U.S. But a team of scientists and explorers are going beyond those dangers to explore something potentially even more dangerous: the fumarole ice caves in the mountain's summit crater. And there's a hitch. The park service does not allow them to use a helicopter to access the summit. So setting up a research camp in the summit crater takes the kind of logistics and mountaineering experience that people usually expect for a Himalayan expedition.

The team summitted Mount Rainier and set up a research camp to collect samples and make observations in the extreme environment because it can potentially serve as a proxy for other planets. The researchers also set out to map as much of the caves as possible to aid search and rescue teams—as sometimes climbers will take shelter in parts of the caves in emergency situations, and the caves' terrain and poisonous gases are dangerous themselves.

To get the inside scoop on what it's like up there, we caught up with Tabbatha Cavendish, a national park ranger on Mount Rainier, who happened to be a part of an expedition to these spectacular caves.

Your team isn't the first to explore these caves?

"There have been a handful of groups—we’re not the first to take some samples or try to do some mapping ... But we mapped over two miles, which is more than previous groups. Other teams have gone up with that intention, but have been thwarted by altitude sickness, weather and other things.

It took 10 days for us to do east cave only. I was surprised at how many had made attempts, but we broke a record with staying up there for 10 days." 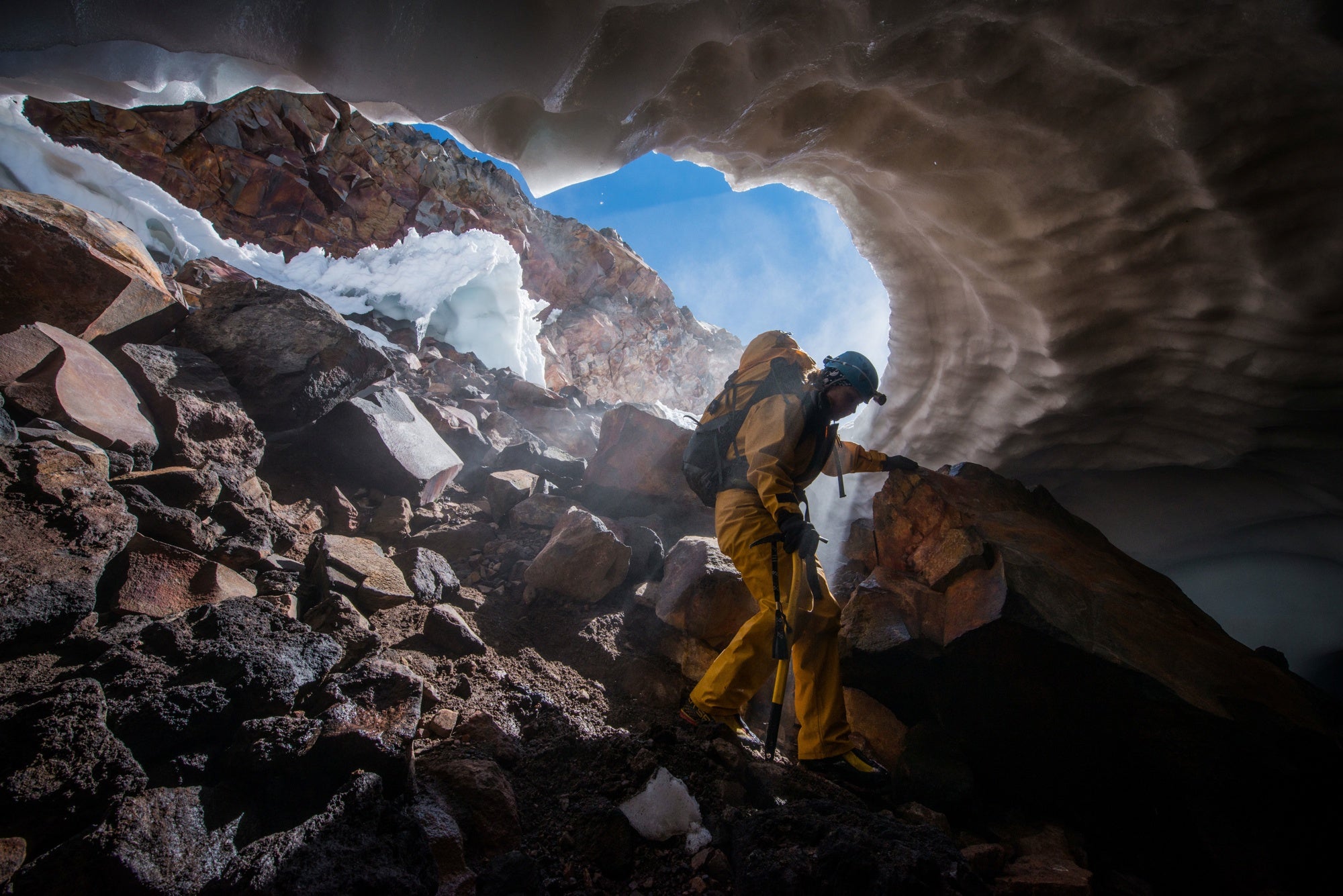 So how many people are actually camping up there for an expedition like this?

"The park service only allows 12 people in a party in a wilderness area in a day, but we got a special exception for 14—and it was really difficult to get that. We did everything in stages. We carried everything to Ingraham. Then from Ingrahamto the summit. Some of us on the team acted as porters, too. Personally, I carried 75 pounds to the summit, and I weigh 140 pounds. We had an emergency medical doctor, and rescue personnel. We all had multiple roles. You have to make the most of the personnel you have up there."

What’s one of the craziest experiences you had up there?

"There were a couple of interesting moments. It’s dangerous to climb with the amount of weight we had—to fall, to try to arrest a fall, it’s really tough. While we were up there, we checked in with park service, and had people at home ready to give us weather. We knew there were 70 mph winds coming, even though it was bluebird. We had these big tents, but instead of trusting guylines, we restaked our tents with rope and cut-out ice blocks. The challenging part was going to the bathroom in it. We were camped in the depression of the crater, and the bathroom was on the crater rim. Once on the rim, on the other side, it was sheltered. But to get there, it was interesting. Even at 50 mph, it’s pretty challenging. 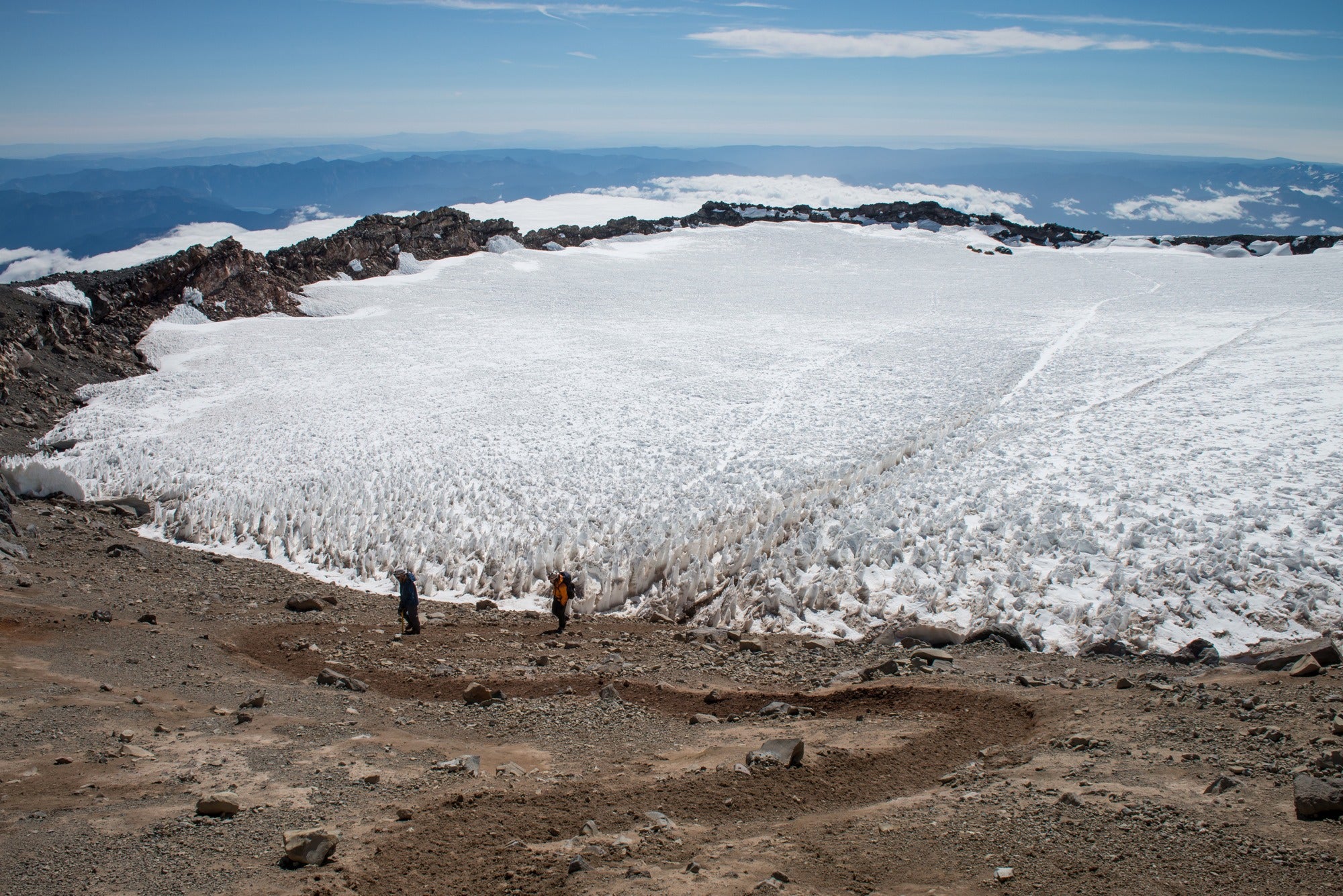 What’s the most difficult thing about doing research in a place like that?

"First, getting all the gear up there. It was super challenging, and we didn’t get all the work done that we wanted to as a result. The second biggest challenge was dangerous air. There was a moment when we had three teams out mapping, and one had a moment on a slope where he noticed it was harder to breathe. His partner had the gas monitor. He had time to get out of it, but it was a reminder that you can’t let your guard down.

Also, when you’re mapping caves, they’re not just wide open passages. In some of those, we’re on our bellies. It’s hard, physically, on your body to move around. Certain areas were freezing. Wind tunnels happen because of inside and outside air—people’s hands were getting close to getting frostbite. You have to stop, get a handswarmer, or get out of the cave. The temperatures could be really cold in the wind. Plus it’s humid because of the steam."

What kind of gear does it take to explore the caves?

"As far as apparel, you need PVC suits. Otherwise regular mountaineering gear, plus I used fleece-lined neoprene gloves. Otherwise, we had a ton of weird gear aside from the gas monitors, like a thermal imager and lasers to measure distance." 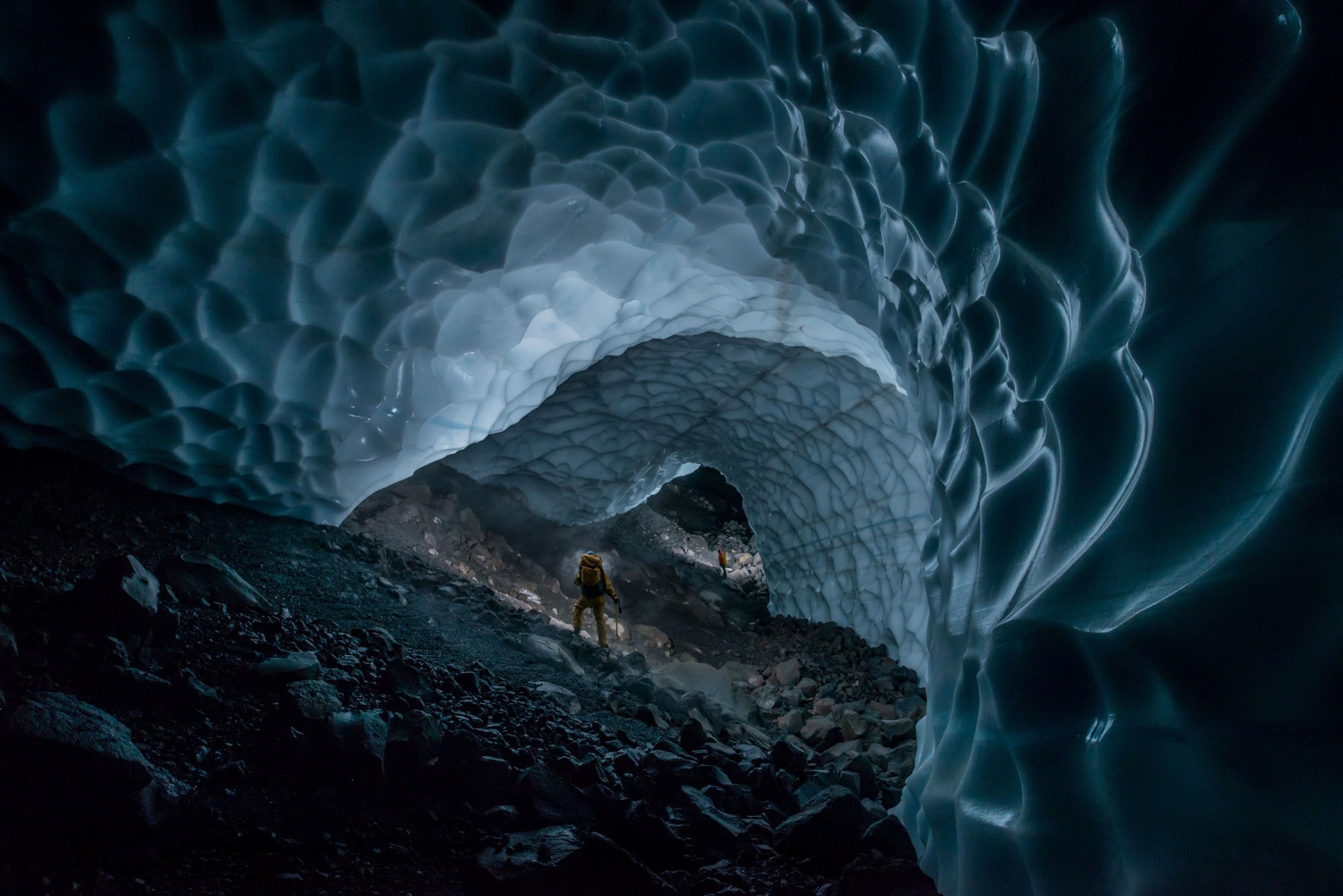 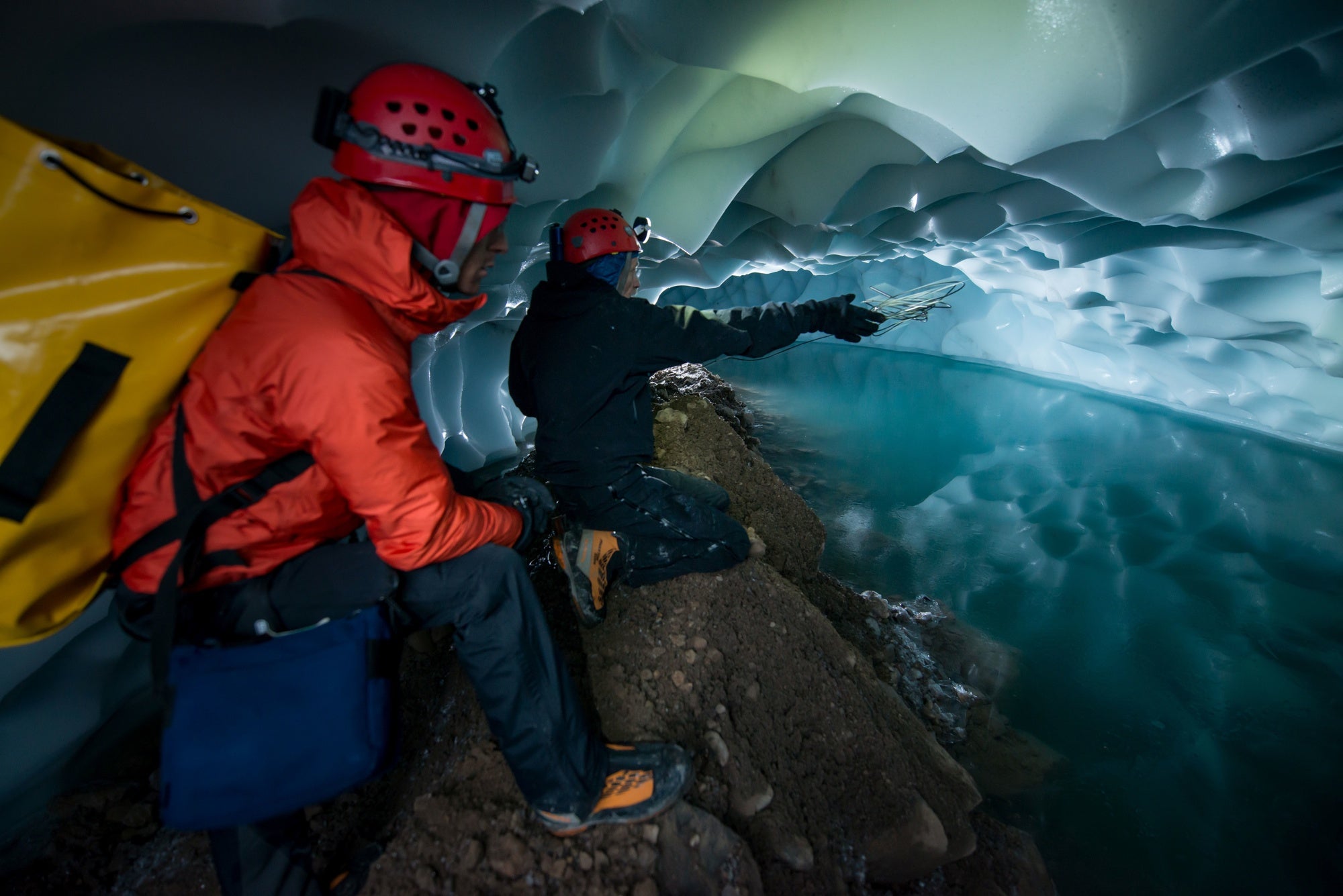 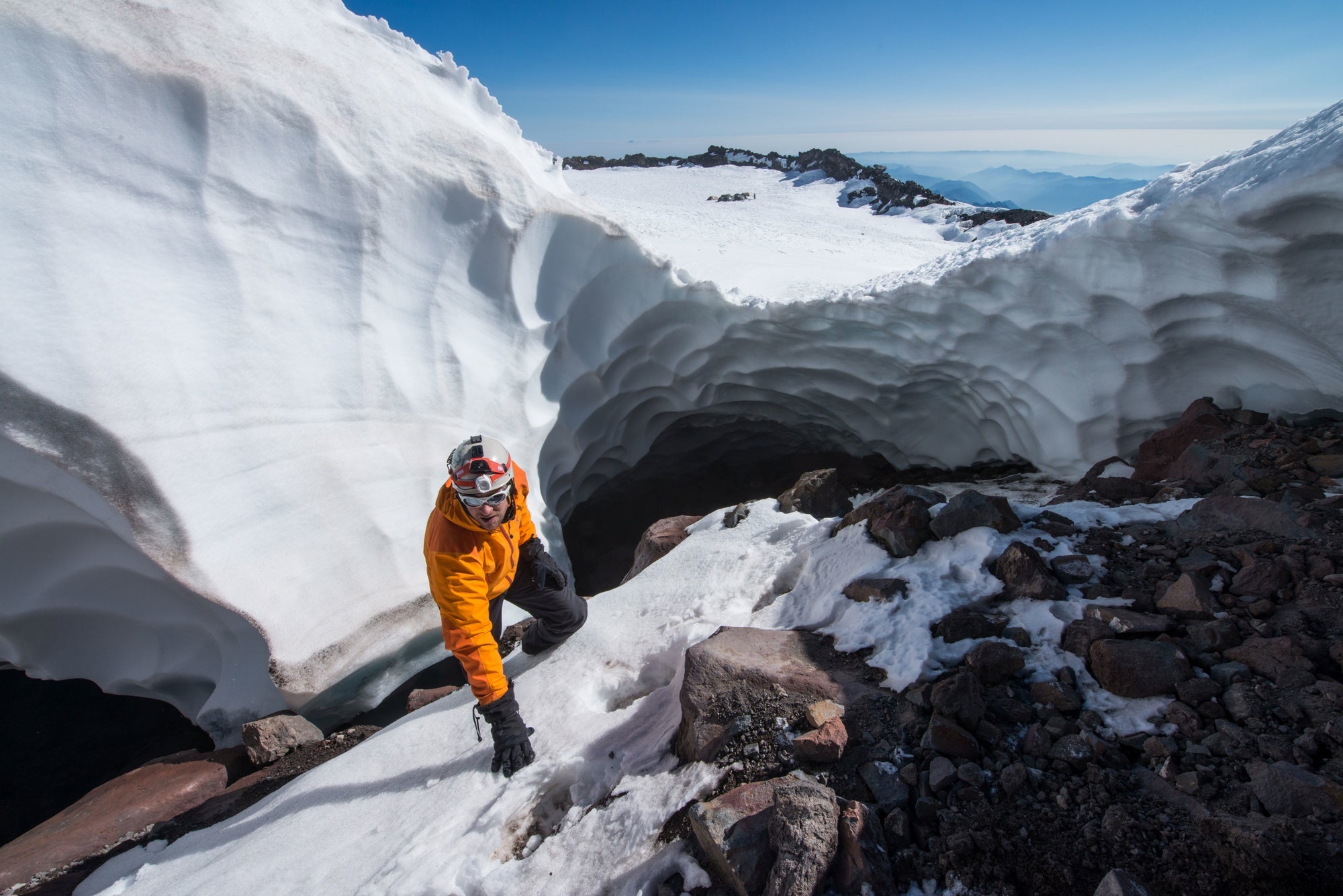 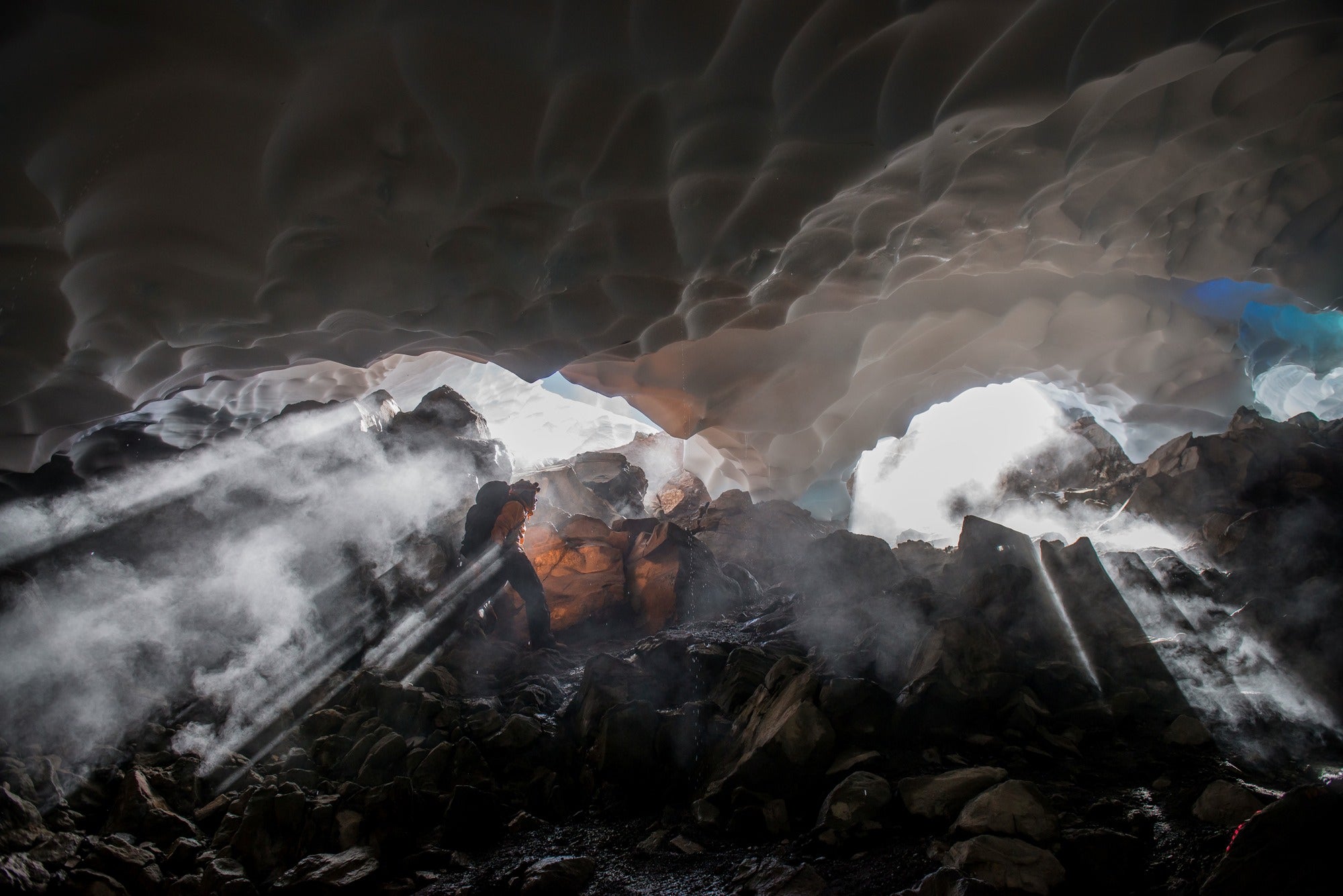 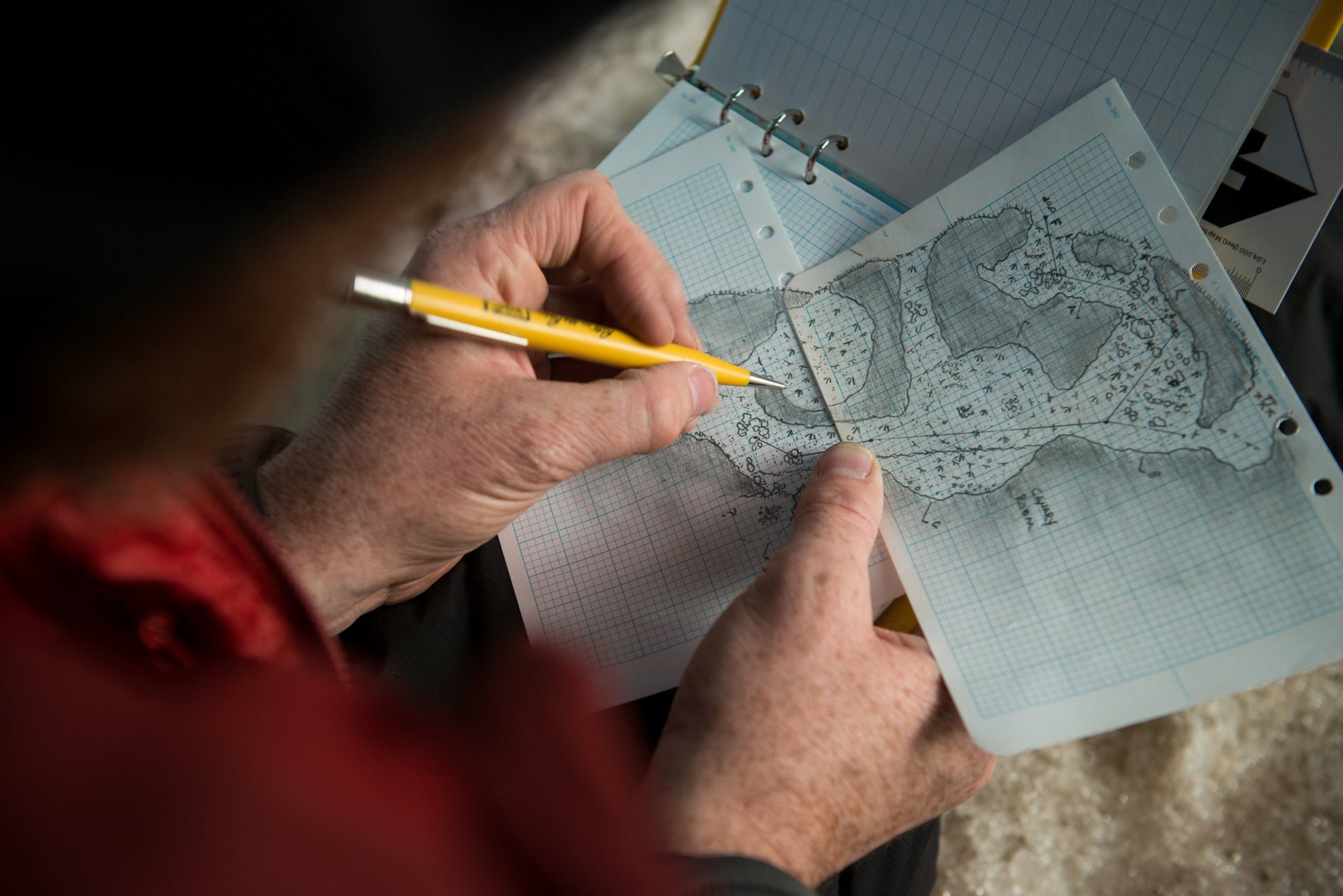 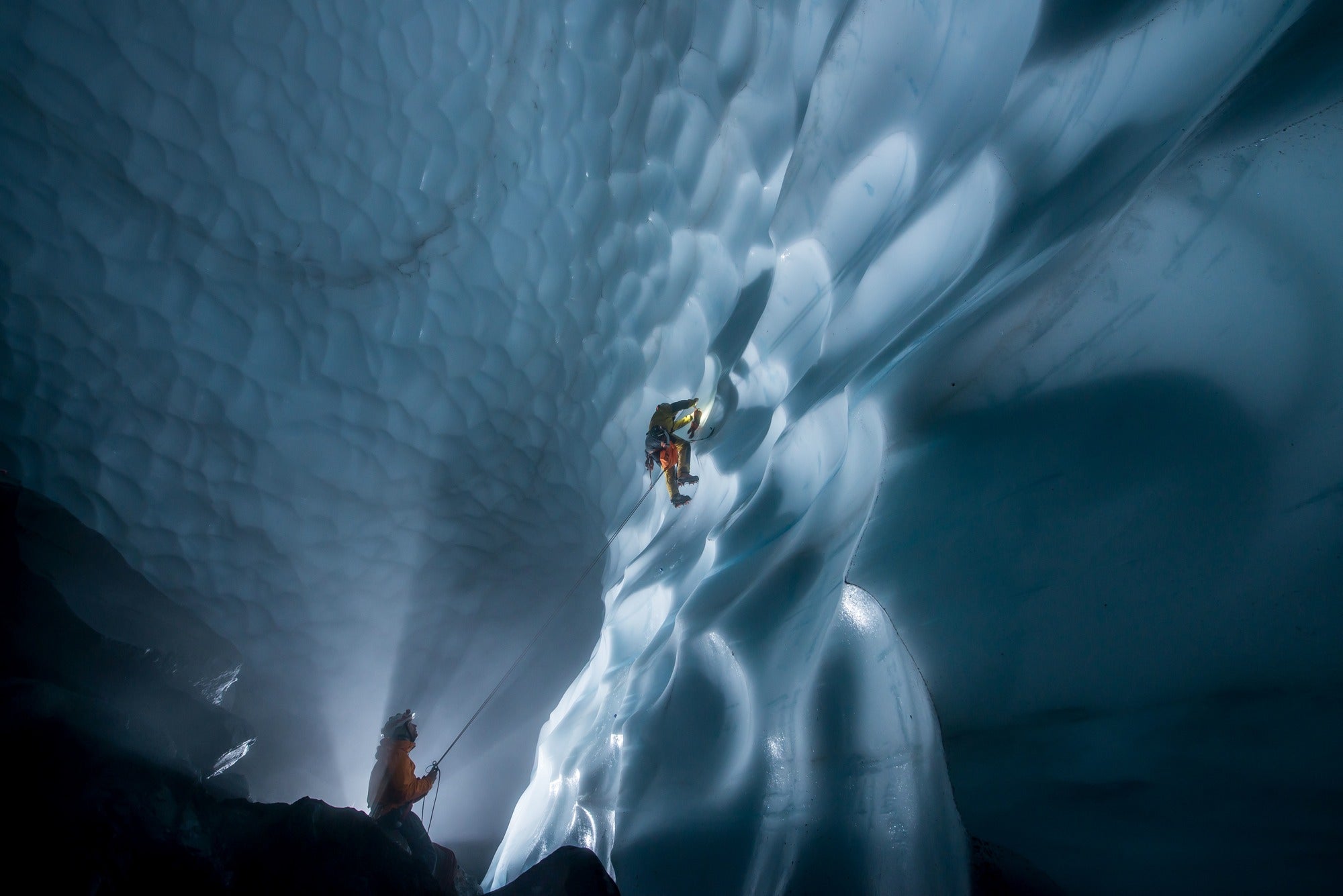