At Outdoor Research, every piece of apparel and gear we produce addresses the specific needs and problems encountered by our Ambassadors and customers. When it comes to big wall climbers, some needs are unique to their sport, but many are universal and shared by any and all outdoor adventurers. That’s why by examining the process by which a new piece of big wall apparel was created we can gain terrific insight into how Outdoor Research products are Designed By Adventure.

Sun protection, style, comfort—a shirt that provides all three is hard to come by. But fortunately for climbers, hikers and outdoor enthusiasts, the Outdoor Research design team and Rock Climbing Ambassador Han Florine put their heads together and created a multi-functional shirt as utilitarian as it is good-looking: the Astroman Shirt.

For some, the name “Astroman” has a touch of sentiment to it. Picture a sunny, warm May in 1975: Yosemite Valley was buzzing with life, love, climbers and haul bags. It was a progressive time in climbing and John Long, John Bachar and Ron Kauk — three prolific and legendary climbers of their time — freed what was originally called the East Face route of Washington Column, defiantly renaming the free route Astroman. In that moment, Astroman (5.11c), an 1100-foot, 12-pitch route, was established as one of the most continuously difficult free climbs in the world. But it was more than that; It was a symbol of progression. The freeing of Astroman — known for its impeccably solid rock, grand exposure and good protection — dramatically changed the landscape of climbing at the time. It was the dawn of a new era. Suddenly the idea of the first free ascent of a route became equally important — if not more so — than the first ascent. 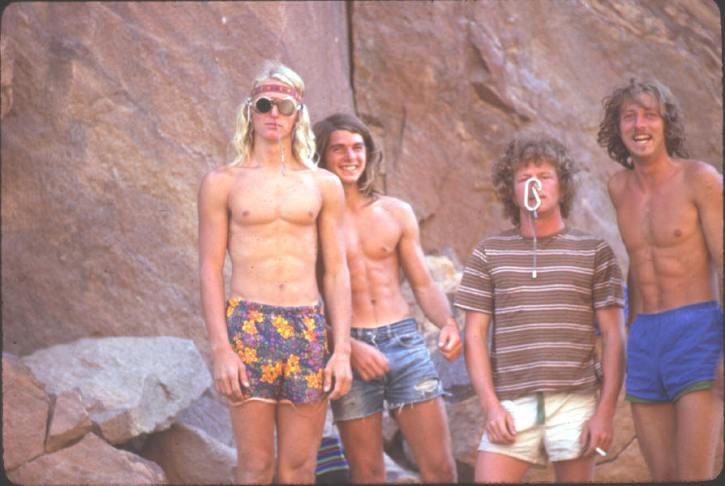 Astroman remained the hardest long free climb in The Valley for over a decade, and it’s still considered a Valley test piece.

The Astroman Shirt pays homage to this Yosemite classic, and it was designed specifically for this type of climbing.

The Astroman Shirt is an amalgam of technical wicking and drying fabrics, free-moving comfort and stylish clean looks. It’s what Jason Duncan, Outdoor Research Technical Apparel Product Manager, likes to call an example of “beauty in function,” and it took a huge amount of design work and testing to make it perfect. 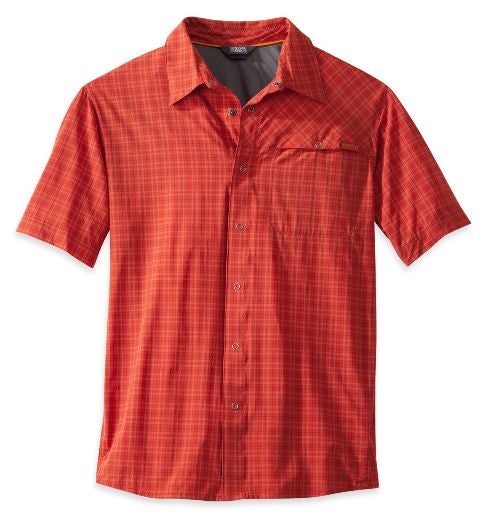 On his quest to construct the perfect woven technical shirt, Duncan consulted Outdoor Research Rock Climbing Ambassador and lover of woven shirts, Hans Florine, the climber who served as the inspiration for the Astroman.

Florine is a speed climbing phenom and Yosemite fixture with more than 100 ascents of The Nose on El Capitan under his belt. In June of 2012, he and his partner set the speed climbing record for the route, ticking it in less than two-and-a-half hours.

With so much experience on the rock, and with so many multi-pitch ascents on his resume, Florine knew exactly the type of shirt he wanted.

“I started full-time climbing right after doing a stint as a yuppie,” says Florine. “I had seen Tom Frost and other legends in climbing wearing the same Arrow-type collared shirts I had in my closet. And I thought, ‘What the heck…’ I was always thrifty with stuff and couldn't bear wasting all those collared dress shirts I still had.”

The collared dress shirt would become something of a signature look for Florine, whose laidback California style earned him the nickname “Hollywood Hans.”

But for Florine, the real value of those shirts was in their unintended functionality, a byproduct of the style: The loose, easygoing fit allowed for smooth movement and dynamic action on the rock, and when he “popped” the collar —flipping it up around his neck — it provided extra coverage from the sun.

Upon hearing Hans explain the benefits of his old collared shirts, Duncan set out to improve upon their design. He first concentrated on the fit, an especially challenging aspect of climbing apparel.

“As we fit garments on our climbing athletes and ambassadors, we’ve always noticed the slender frames but overdeveloped ‘lat’ muscles,” says Duncan. “Many people choose to climb in woven shirts because they’re comfortable, tough and cooler on skin. But because of the unique body shape of serious climbers, their shirts usually bind on the seams when they’re moving on rock.”

Rather than just building an easier, relaxed cut into a shirt and giving it a baggy look, Duncan and his team incorporated stretch to compensate for the athletic movement a typical woven shirt can often restrict.

Next, the team built on the idea of sun protection Florine battled by ‘popping’ his collar. “Yosemite is high-albedo territory,” says Duncan, “and the reflection off the rock burns the front of your neck as well as the back.”

Hans, thinking back to relentlessly sunny afternoons on the wall, suggested a collar that could flip up and stay up, providing 360-degree protection. The evolution of this idea was the Astroman’s Sun Snap Collar™, which folds up and securely snaps under the chin, providing an additional two inches of sun protection on the neck.

“It’s a subtle feature, but it packs huge amounts of functionality and addresses a need identified by many of our athletes,” says Duncan. 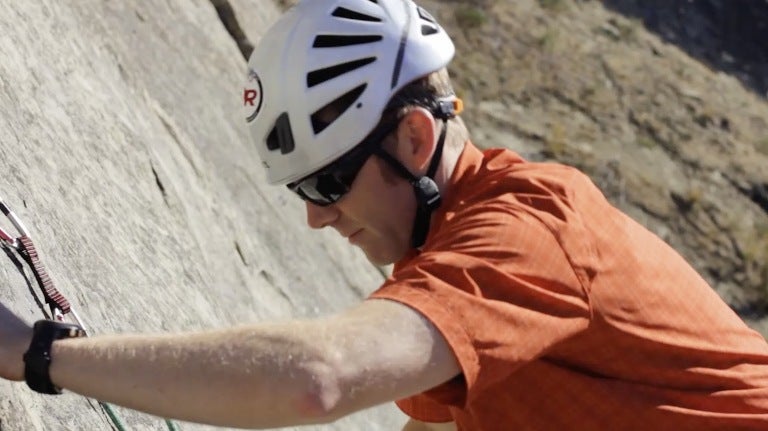 “This shirt’s not just for elite athletes on big walls either, though that’s what it was designed for,” he says. “I wore my Astroman every day on a recent fishing trip for UV protection and comfort during long days on the water.”

Lastly, the cationic piece-dye fabric allows for the vibrant colors Outdoor Research Ambassadors and employees prefer and requires no ironing, features that make the Astroman a favorite for traveling, and wearing in the office, around town or at the local watering hole.

“Not all of us are climbing big walls every day,” admits a laughing Duncan. “Fortunately for me, the Astroman is equally suitable at the crag and the pub.”

Shop the Astroman Shirt at OutdoorResearch.com