Designed By Adventure: The Feedback Flannel 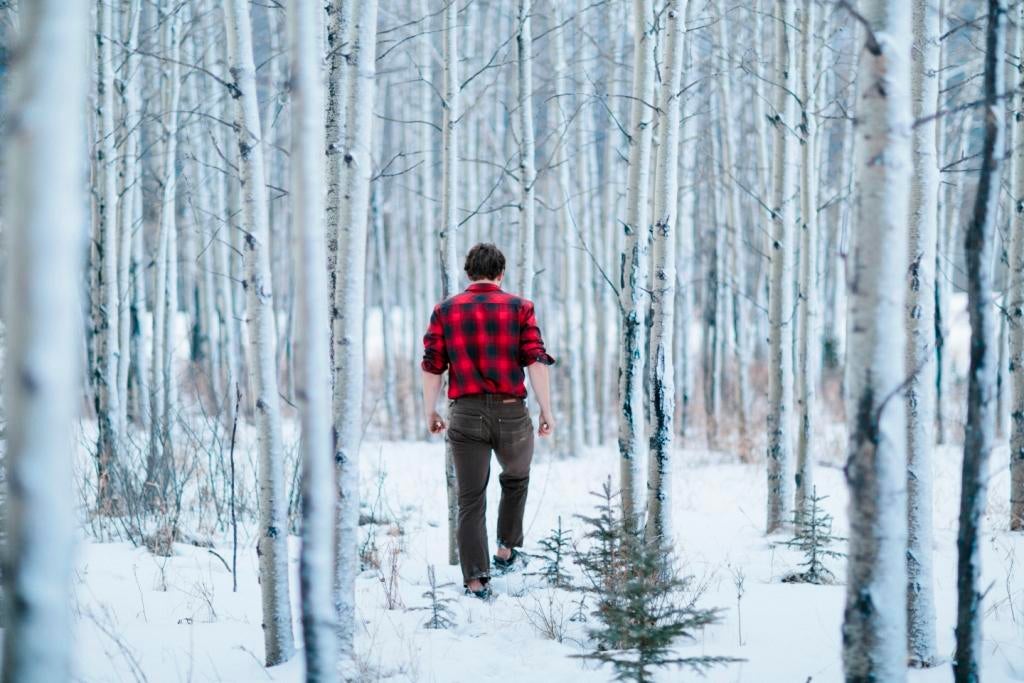 “Designed By Adventure.” It’s more than just an advertising slogan. At Outdoor Research, our products have been designed by adventure for more than 30 years, with features and fabrics imagined, tested and perfected in the wild. And like our products, our lives and the lives of our customers are sculpted by the experiences we have in the natural, unpredictable environments we love. We, too, are Designed By Adventure.

Flannel is a staple of the outdoor adventurer, almost a uniform of sorts. It’s so pervasive in our culture because it’s comfortable, warm and stylish with that ‘work hard, play hard’ attitude we all embrace.

But with so many flannel shirts on the market, how does one in particular have the ability to stand out, let alone remain a bestseller season after season? That’s a question for Jason Duncan, Technical Apparel Product Manager at Outdoor Research, one of the brilliant minds behind the Outdoor Research Feedback Flannel, the deceptively techy polyester button-down shirt that blends wicking, quick-drying warmth with enduring mountain town style. 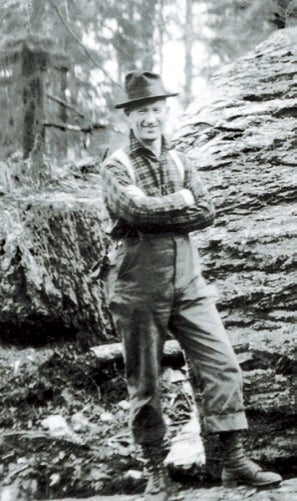 “Plaid flannels have always been a type of ‘Northwest dinner jacket’,” says Duncan, “…and to extend that to the outdoor industry, plaid shirts are a definite staple.”

But how did flannel get its start as the outdoorsperson’s favorite? Where did it even come from?

While flannels are, what Duncan calls, a Northwest favorite, flannel itself spans centuries and continents. Flannel, as a fabric, traces its roots all the way back to 17th century Britain. According to the Oxford Dictionary, the word flannel has origins in Middle English, probably deriving from the Welsh ‘gwlanen,’ which translates to a “woven article.” Historians believe an industrious bunch of British farmers wove and wore this distant ancestor of flannel as a form of protection while working outside all day long. And the popularity spread.

As for the classic pattern almost always associated with the flannel shirt, we often think of flannel and plaid as synonymous terms, but plaid is actually a distinct criss-crossed horizontal and vertical bands in multiple colors. First produced as tartan — distinct variations of plaid with colors and patterns that represent individual clans and families — 17th century Scottish rebels donned it on their kilts as a sign of rebellion against the empire; As a result, the British banned this pattern for nearly 40 years. When the ban was lifted, tartan was renamed plaid. 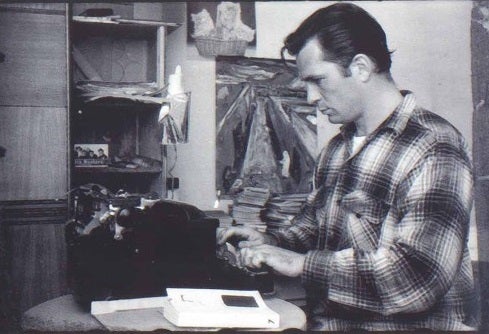 Hamilton Carhartt (founder of the U.S.-based company Carhartt) is credited with bringing flannel shirts to the United States in the late 1800s, specifically to meet the needs of the working class — and in particular the railroad workers — that spent long days performing demanding manual labor, often in harsh conditions. The wool flannel shirt was durable, comfortable and perfect across a wide range of weather conditions; utilitarianism at its finest.

Soon after, it was adopted by the outdoor workers most commonly associated with flannel: lumberjacks, who were so ubiquitously dressed in flannel plaid that it’s now become a caricature, like the folk hero Paul Bunyan. These burly mountain men also found flannel perfect for working up a sweat in the great outdoors, and the fabric — and patterns — were consequently adopted by explorers, climbers and outdoorspeople of every stripe.

Most recently, the grunge movement — think Nirvana and Pearl Jam — brought the plaid flannel back to the forefront of style, killing (for the time being) the popped collar. Not coincidentally, this look worked well in the cool, rainy Northwest climate, where timber and logging roots still run deep. 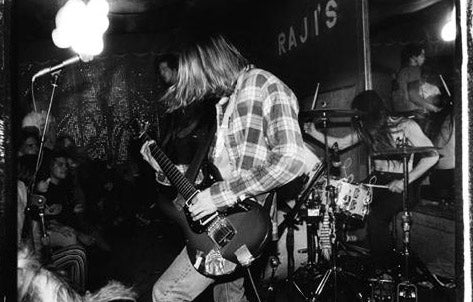 “You may think it cliché, but the historical record does not lie: through lumberjacks, mountaineers, Jack Kerouac and grunge, our Pacific Northwest weather makes flannel an ideal choice,” says Duncan.

The Feedback: A modern, technical take on the classic flannel

While flannel plaid is common attire, the Feedback isn’t a typical flannel plaid. Most flannels are cotton or wool, but the Feedback is made with a two-sided brushed polyester yarn dye that breathes, holds in the heat, wicks moisture and dries incredibly quickly, yet is as buttery soft as cotton. 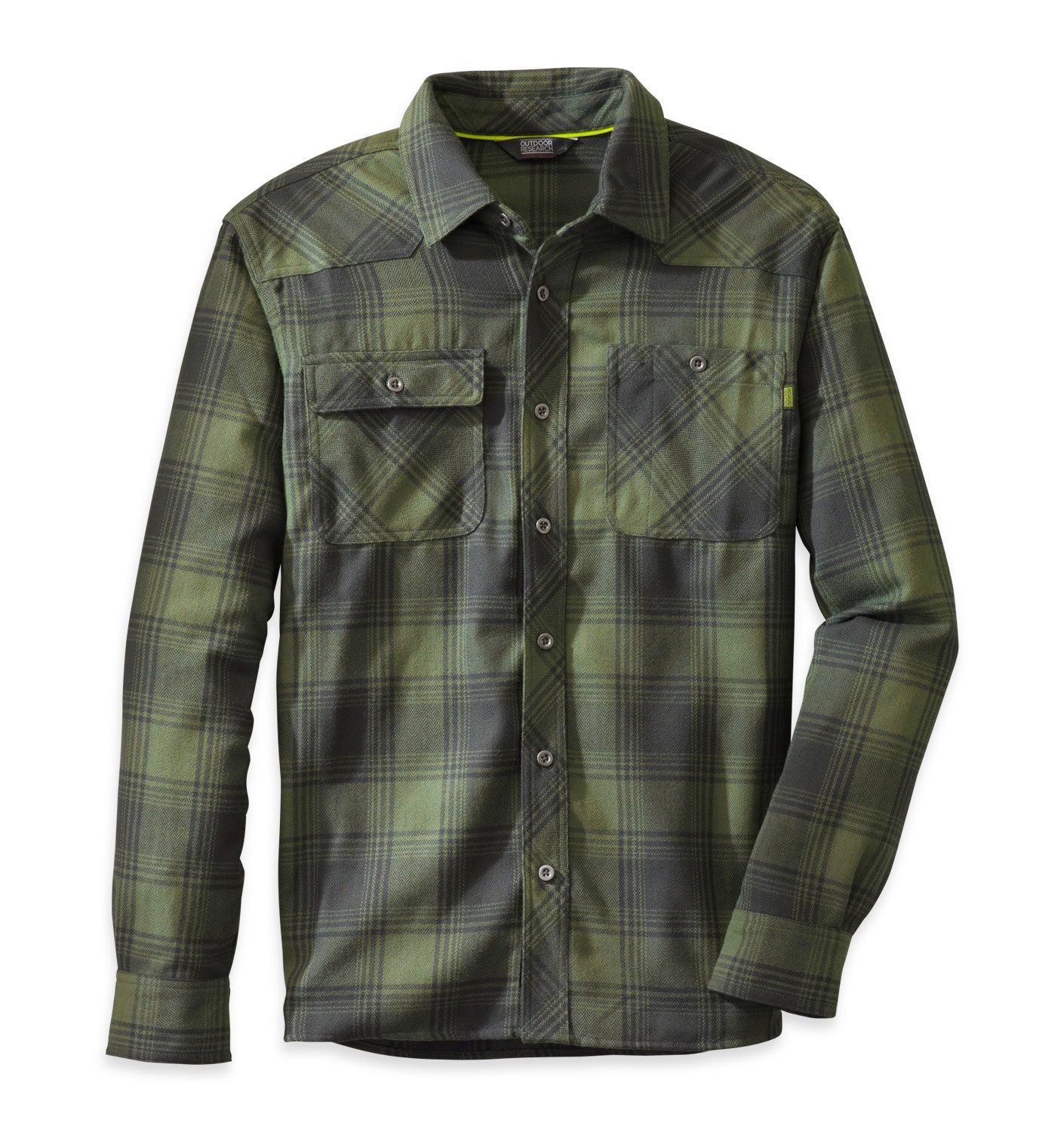 According to Duncan, the advantage of this fabric is that, “The Feedback is truly technical sportswear in that you can wear it with impunity, whether you are working hard climbing in the Tetons or grabbing a pint afterward. You can wear the Feedback while splitting wood in crisp winter climates or sharing a mug at room temperature. It has an amazing buffering characteristic, allowing you to play and work in a variety of conditions.”

This multi-tasker isn’t just a throw-on good-looker for the local pub after a day of Type II fun. It’s designed to be worn during the fun, trailhead to barstool.

Says Duncan: “We have had athletes wear this as a base layer and a mid layer depending on the weather, altitude and activity. It has a super-soft, plush hand feel that belies its natural wicking ability and thermal properties.”

Because it can also be a great insulating layer and comfortable across a wide range of temperatures, the Feedback is a no-nonsense performance shirt perfect for almost any adventure. (Duncan himself wears the Feedback when enjoying a well-deserved beer in the cabin after a day of backcountry skiing.)

And while the Feedback is truly technical outdoor apparel, Duncan makes sure Outdoor Research respects its style history as well. “We want to ensure that the plaid speaks to the fabric’s heritage and remains classic while adding a touch of modernity through color,” says Duncan. According it him, “We’ve worked hard every year to re-invent the plaid design and colors season after season, and because of that the appeal continues to grow.” 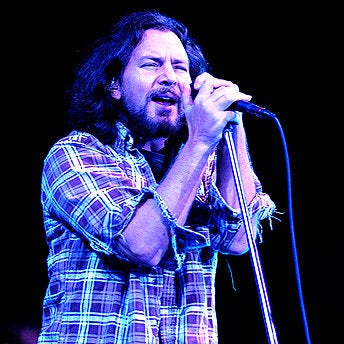 The popularity and growing appeal is inherent in the shirt’s name. Originally, the name ‘Feedback’ was a nod to flannels’ close ties with grunge and Seattle’s world-class music scene, a point of pride for Seattle-based Outdoor Research employees. But the Feedback truly became iconic and the name earned its “double-entendre aspect” when it became popular with Ambassador Athletes in feedback design forums.

“We always expect our athletes to mention our hard-core mountaineering and climbing styles; After all, it is our heritage as a brand and the reason we test our gear with our athletes,” says Duncan. “But we kept getting great ‘feedback’ on this style, and we found it was being put into service in ways we never envisioned when we designed it. So the name has kind of evolved with our design team to reflect the inspiration of our athletes.” 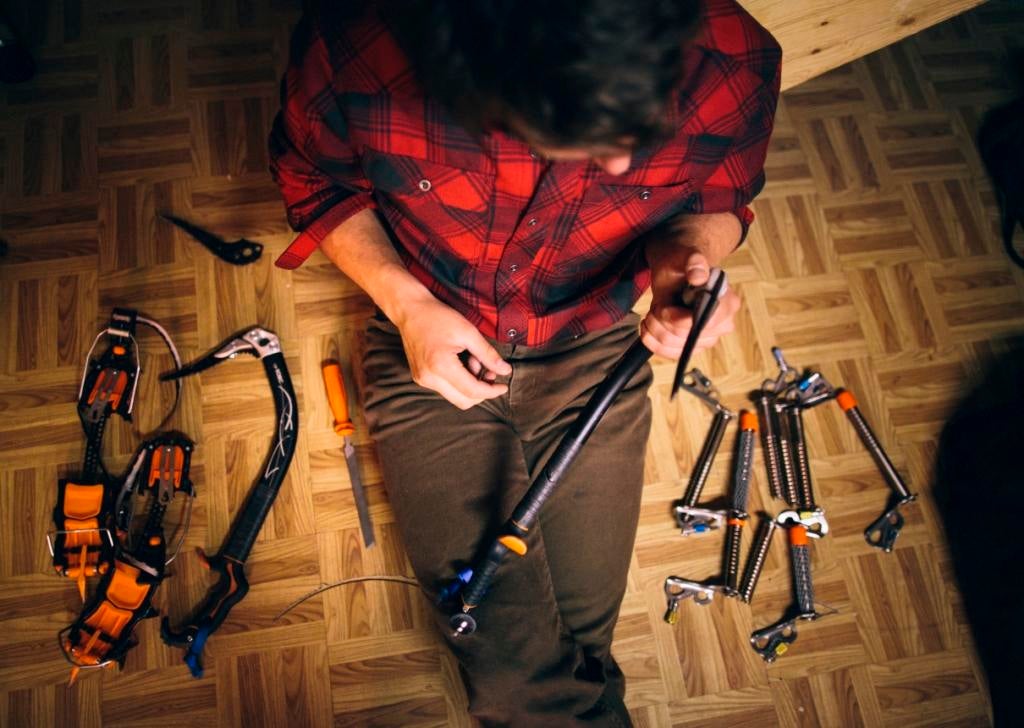 Says Zack Giffin, Big Mountain Ski Ambassador, “Quite simply this is my favorite shirt. It has the unique ability to be appropriate attire for carpentry work, a night at the pub and even works as a technical mid layer when out in the mountains.  I’ve put mine through some serious daily abuse and not only does it continue to look great every time I put it on, but it also hasn’t developed the unpleasant odors I would expect by this point.  I’d say that I have maybe 100 days in mine this year and I haven’t even lost a button!”

Hans Florine, Rock Climbing Ambassador, has found the Feedback is perfect for long-distance air travel. “I love the Feedback Flannel for flying,” he says. “You know, it's 82 degrees on the tarmac and it's 60 in the terminal and a messed up 54 in the plane... Of course, it's all over the place in short amounts of time and you can't be dropping your carry-ons to take your jacket or sweater on or off. I've found the Feedback Flannel offers the perfect flexibility to get through these turbulent changes. A sleeve roll-up here, a button-up or down there, and you are good to go.”

It’s no wonder, then, that this shirt sticks around year after year. Now in its fourth season, Duncan still thinks the colors and plaids can improve. “I keep thinking, 'this is the best plaid we’ve ever designed' and then the next year we go back to the drawing board and make one that’s even better.”

As they color up each season’s Feedback, the team looks at plaid designs from the 1930s and ‘40s to inspire a creative direction. According to Duncan, “some of the historical plaid selections we’ve used are veritable art collections!”

And the continued design work pays off. Our customers tell us they love this deceptively high performance and stylish shirt because it’s soft, warm, comfortable, stylish and can be worn as a technical layer in the mountains or when kicking back and celebrating a successful adventure. 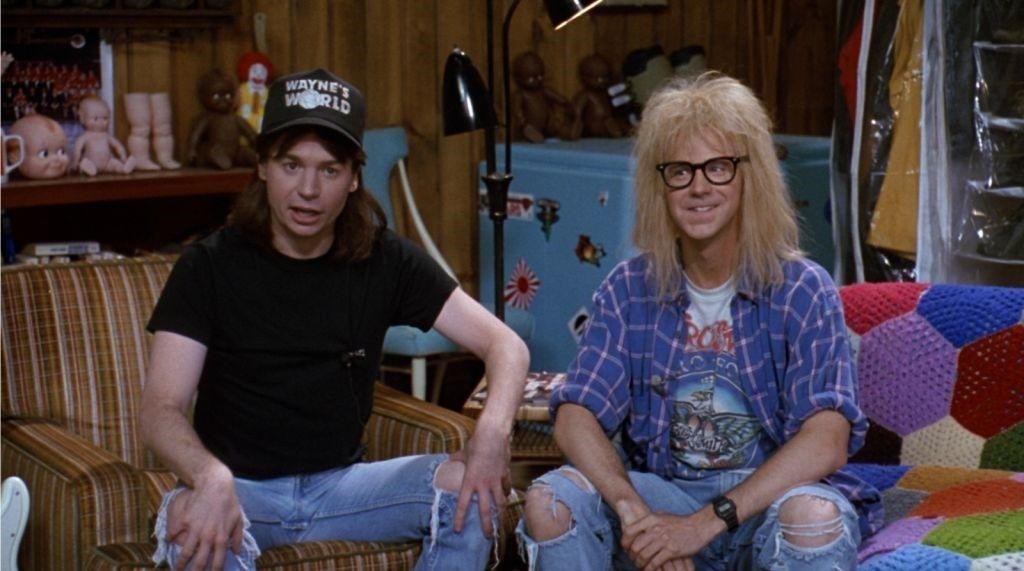