Designed By Adventure: The Rando Cap and Frostline Hat 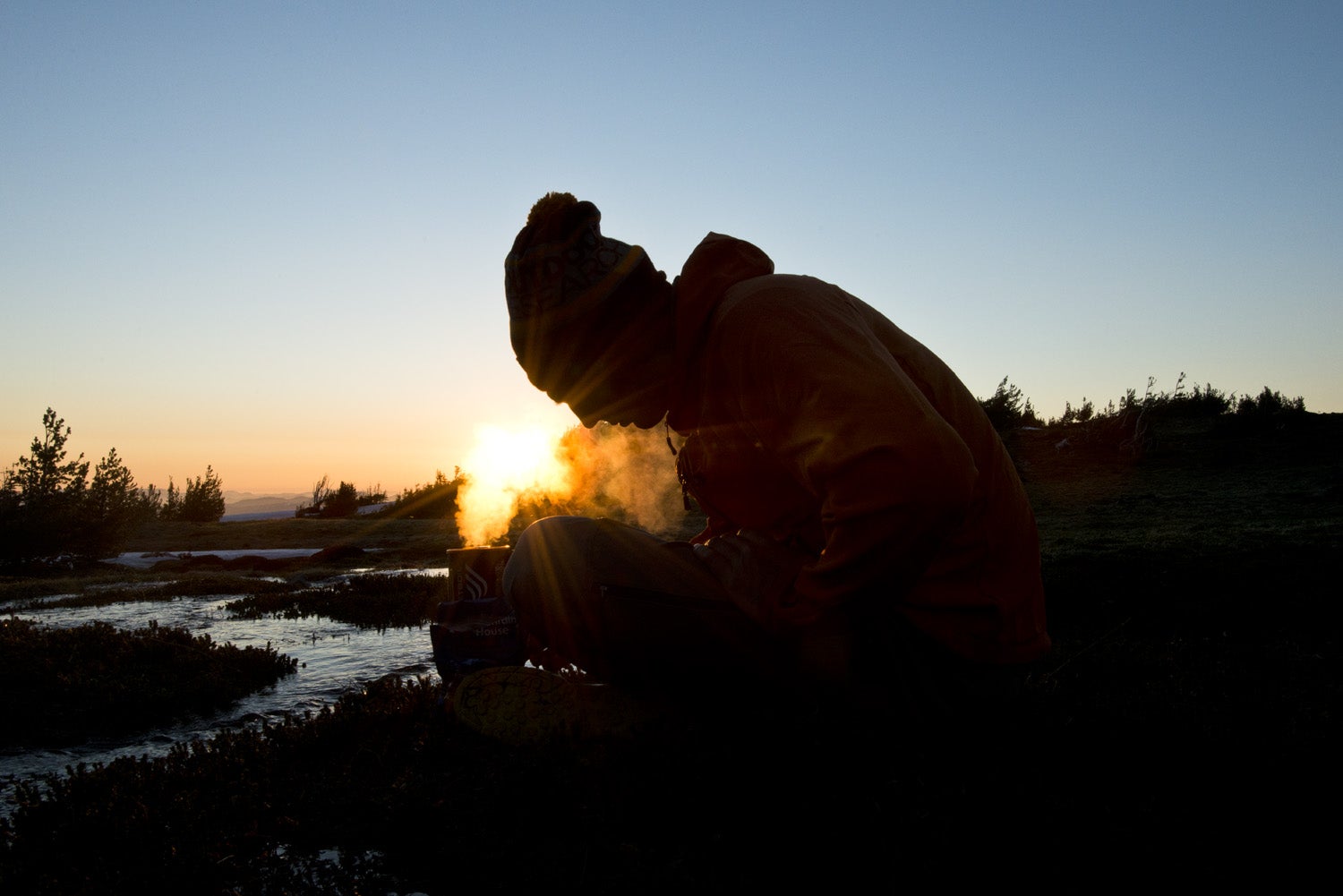 “Designed By Adventure.” At Outdoor Research, our products have been designed by adventure for more than 30 years, with features and fabrics imagined, tested and perfected in the wild. And like our products, our lives and the lives of our customers are sculpted by the experiences we have in the natural, unpredictable environments we love. We, too, are Designed By Adventure.

True or False: You lose 75 percent of your body heat through your head.

False. That’s right. You mother, despite being right about so many things, was wrong about this one. Thanks to research, the myth that you lose most of your body heat through your head has been debunked, but there is some shred of truth for the argument of your dome losing body heat.

Heat loss is related to surface area of the body. Since the head makes up merely 10 percent of your body’s surface area, you will then only lose up to 10 percent of body heat through your head if it’s not covered properly in cold weather.

This comes from a study by Dr. Aaron Carroll and Dr. Rachel Vreeman published in British Medical Journal in 2008; they found that the percentage of heat loss from your head largely depends on how well protected and warm the rest of your body is.

“Any uncovered part of the body loses heat and will reduce the core body temperature proportionally,” Vreemand and Carroll write.

In the backcountry, you can’t afford to spend precious energy on staying warm because your clothing system isn’t doing its job.

While the argument for a hat for outdoor athletes might be a moot point, this does drive home the point that in the backcountry, these kind of details matter. But not all headwear is created equal just like not all jackets are created equal. A simple cotton beanie just won’t do for an alpine route or a backcountry tour with varying conditions and energy expenditure that range from red-lining on the endless steeps to the cold rush of the downhill. So how do you choose the right hat? Kendra Brandenburg, Outdoor Research Headwear Product Manager, talks two styles designed and built for the most adventurous expeditions.

“The genesis of the Frostline Hat began with our goal to make an all in one expedition hat at a great price point,” says Kendra Brandenburg, Outdoor Research Headwear Product Manager.

Below: The warm, protective Frostline Hat

From there, it only got better. The Frostline, essentially, combines the best of a billed hat with the function of a balaclava. But while it has a stylish look, it also it built to perform in the mountains and extreme conditions. The team chose a Pertex® Endurance fabric, which incorporates a breathable, wind- and water-resistant air permeable coating that is a thin film. This layer’s function is two-fold: it is weather shielding, but it also protects insulating materials, the Posh Pile Fleece, to help maintain loft and retain their natural warmth.

“We wanted to make sure the shell fabric for the Frostline was as light as possible so it could be a complimentary match with the heavier Posh Pile lining we used for the crown and earflaps of the hat,” says Brandenburg.

Below: The Frostline Hat, hatches battened down 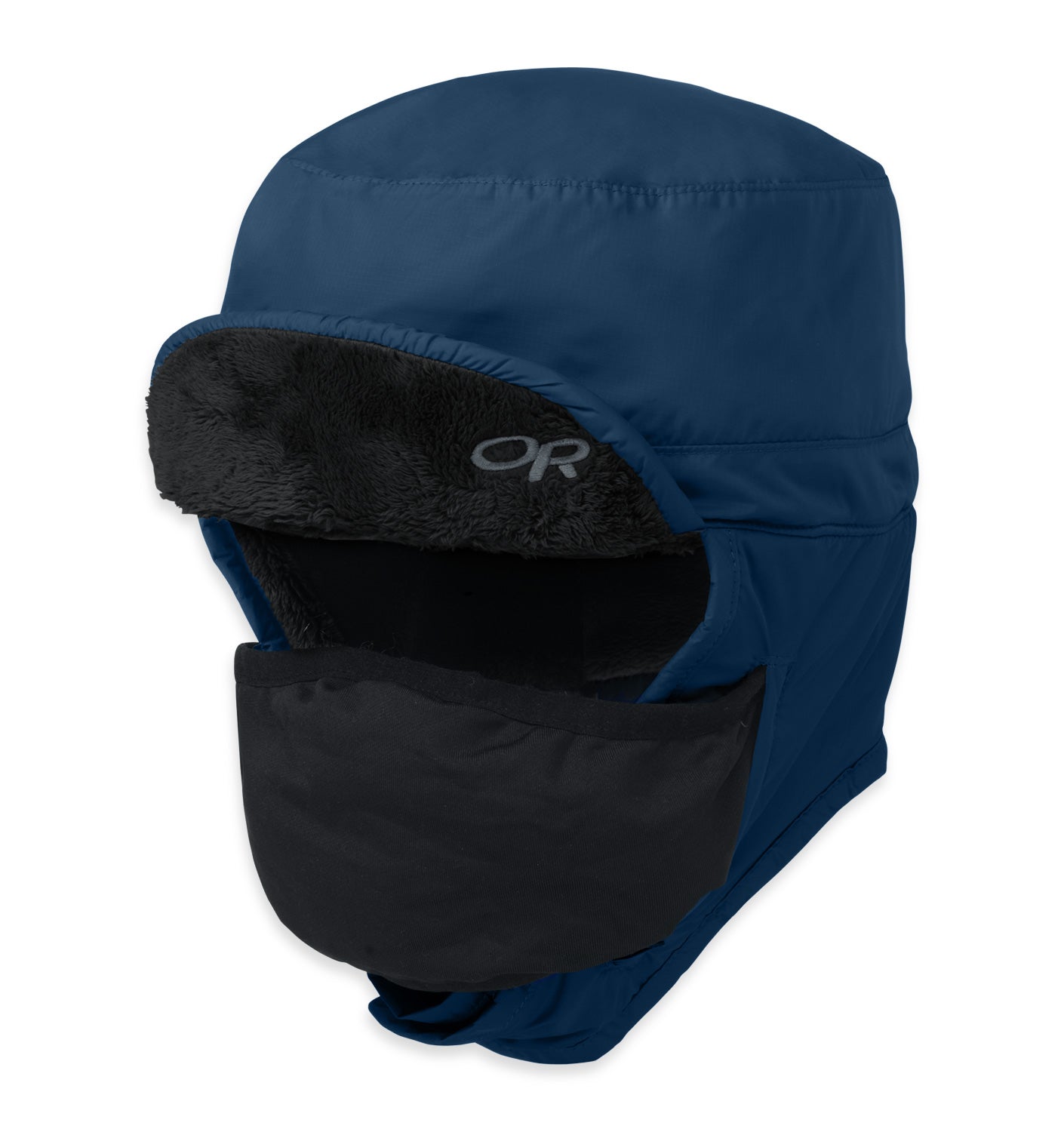 In addition to the combination of this ultra light Pertex® and cocoon of Posh Pile warmth, the Frostline has fleece-lined ear flaps and a Thermodynamic Face Mask with a looped polyester interior that zips out. This provides you with an extra layer of protection on those vulnerable areas — cheeks, ears and nose — on nightmarishly cold and wet days. The idea here is ultimate warmth.

The Rando Cap™ hat has been around for a long time and has a heritage that reaches back.

“We were known for our line of GORE-TEX® Taslan Rain Hats, but in Fall ‘05 we were introduced to GORE-TEX® Paclite, and wanted to create a new line of rain and expedition hats using this new lightweight GORE-TEX®,” says Brandenburg. “One of the hats from that collection was the Rando Cap.”

Below: The weather-resistant Rando Cap 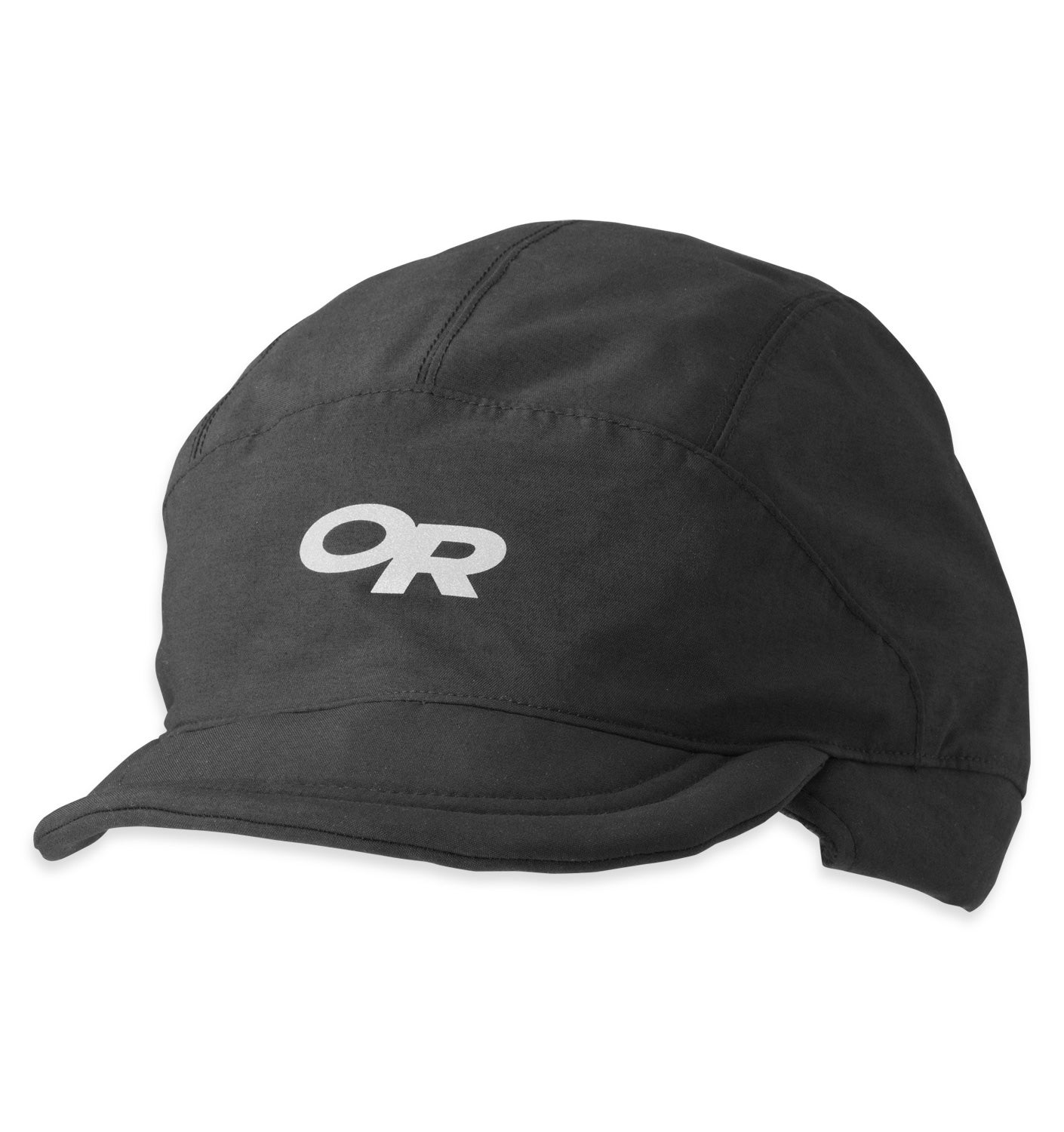 The Rando was created to be a warm, waterproof, packable expedition hat. “ We weren’t strangers to the concept of making waterproof hats that kept you dry (i.e Seattle Sombrero), and the Rando Cap was just another step forward in the evolution of things we were already doing well,” says Brandenburg.

Brandenburg also notes the function of their choice of fabric: “The GORE-TEX® was placed in the Rando because it was lightweight, had a high breathability performance and we were able to seam tape the hat and make it waterproof.”

But since it’s initial designs, the Rando has had some changes and updates.

Below: The Rando Cap, earflaps down 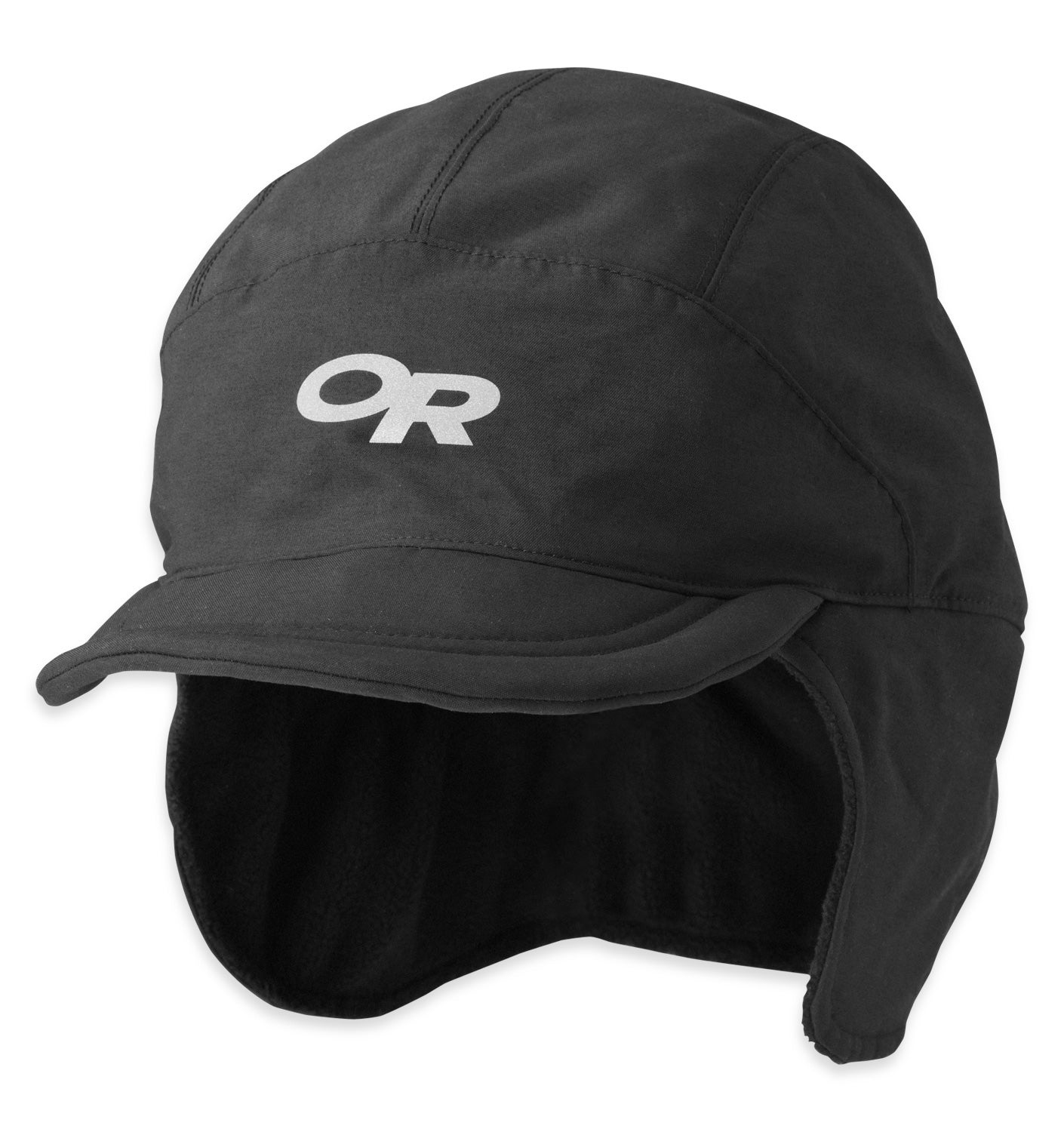 “The Rando Cap was starting to show its age, and we needed to bring a more modern design to this style without messing with its core function.  We kept the GORE-TEX® shell, the micro fleece lining and the moldable brim because they still were essential elements that we needed to keep in order to preserve the overall legacy of the Rando Cap,” says Brandenburg.

So during the re-design of this style, the designers made sure to shape and contour the earflaps so they would lie close to the head. This offers a snug fit, as if you are wearing a hat with a chin strap.

“We also added small self fabric loops to the bottom of each earflap, so the wearer could add their own chin strap to fully secure the hat to their head if desired to,” says Brandenburg.

While incorporating two different fabric technologies, both the Frostline Hat and the Rando Cap are built ground-up with adventure in mind. Their performance in cold and/or wet conditions is why these expedition-styles stick around allowing us to stay protected in the mountains.

Shop the Frostline Hat and the Rando Cap now.