Dream Trip: Climb It All In Squamish 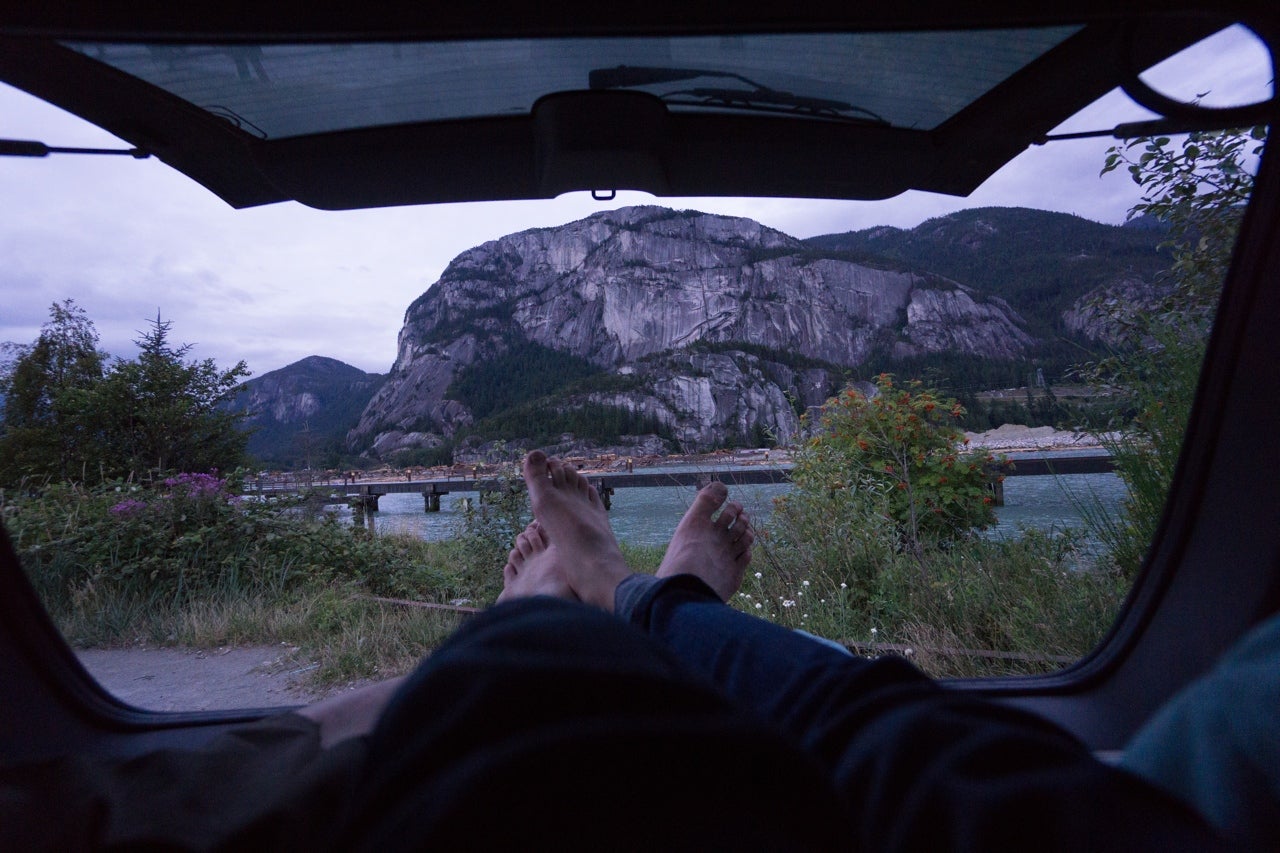 Around the same time climbers were pushing new routes up the walls in Yosemite, Americans and Canadians started climbing the cliffs above the Howe Sound—the body of water Squamish is built around. The then-timber-town, which got its name from the native Squamish people’s word Sḵwx̱wú7mesh, had almost no climbers until the 1960s.

In 1961, Ed Cooper and Jim Baldwin made the first ascent of a steep section of the Stawamus Chief, the biggest granite feature near town and one of B.C.’s most iconic peaks. They cut a trail to the base and spent four weeks making the first ascent of the Grand Wall. The must-do route is now graded 5.11 A0 and can be climbed in a few hours.

Since their historic ascent, most of Canada’s most important climbers have tested themselves on the walls of Squamish, from Peter Croft to Vikki Weldon and Sonnie Trotter. What makes it such a visited location? Simply the rock.

Almost all of the rock around Squamish, from the multi-pitch routes up The Chief and Mount Habrich to the crag climbs at Smoke Bluffs and Murrin, is considered the best close-to-the-road stone in the country. Not to mention, the downhill biking, kite surfing and paddling is second to none. That’s likely why the town is called “The Outdoor Recreation Capital of Canada.”

While there are dozens of fun routes that let you jam your hands and feet into rough cracks, the following are the must-dos. First, head to the Smoke Bluffs (lots of parking near the climbs or in town) to get used to the stone. There are wide trails, signs, an outhouse and it’s all thanks to the Squamish Access Society, which works hard to keep the climbs open and safe. Start on Laughing Crack (5.7), head to Quarryman (5.8), fight your way up Neat and Cool (5.10a), technique up Flying Circus (5.10a) and finish on Crime of the Century (if 5.11c is the next step for you).

Dreaming of longer classics? Head to the five-pitch must-climb 5.10a called Rock On, or Angel’s Crest (5.10b), Squamish Buttress (5.9) and Grand Wall (5.11a A0). There are many other walls to check out, such as the Malamute, Shannon Falls and Slhanay. The descents are almost always walk-offs, the anchors are mostly bolted and you might have to wait in line. My opinion? Totally worth it. 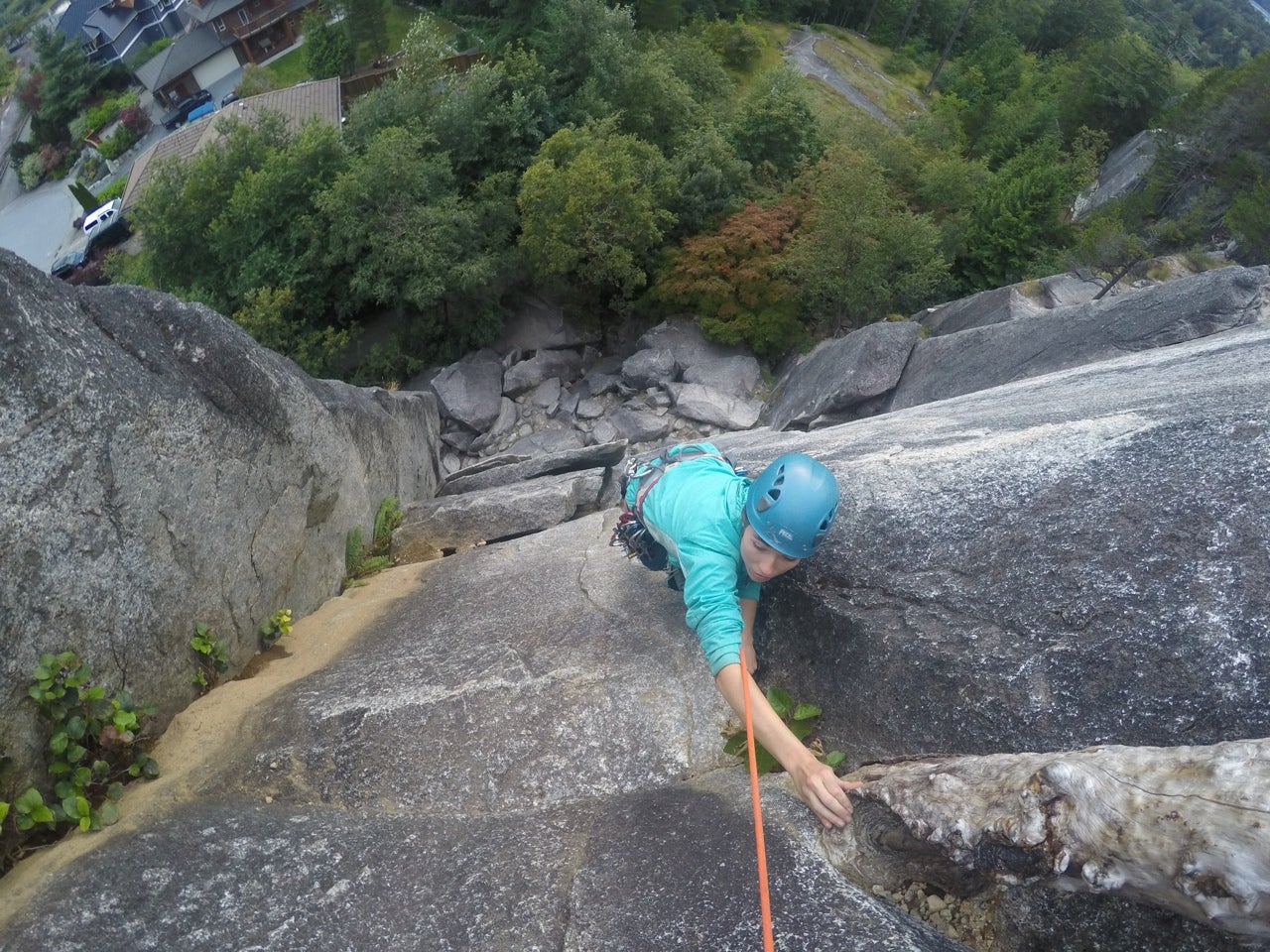 If you’re heading to the ocean-side town hoping to wrestle some boulders, then you’re in luck. There are countless problems in aesthetic areas between Vancouver to Whistler. The most popular boulder fields are the Cacodemon, Grand Wall, Powerline and Apron Boulders. They’re all scattered around the base of The Chief’s west-facing walls under the monster trees and ferns.

A quick tick list for those who like classics, include Fried Ant (V0), Slingshot (V2), Superfly (V4), Easy in an Easy Chair (V4), Fuzz (V7) and Gibb’s Cave (V8). You’ll be sure to find no shortage of partners, good sessions and stoke during high season in the forest. 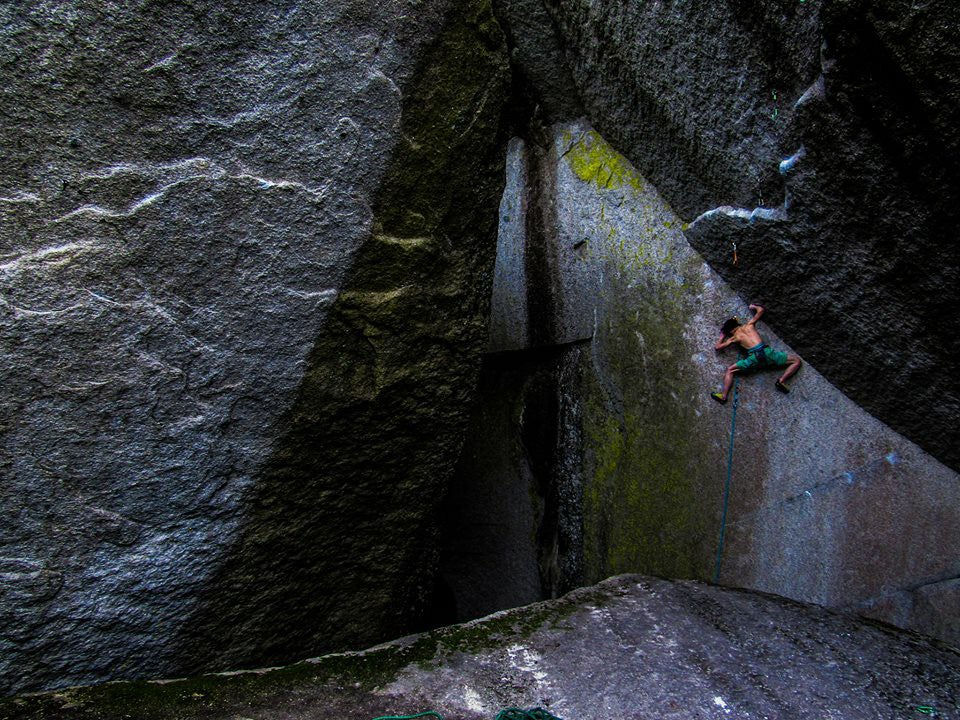 You can’t head to Squamish, though, without checking out the amazing and pumpy sport climbing. Sure, there are some bolted routes at the Smoke Bluffs, but head out to Murrin and try the long 5.11s on the Petrifying Wall or the best 5.8 anywhere: World’s Toughest Milkman.

The newish Fern Gully area has plenty of 5.10 bolted routes close to town, as does Area 44. But for the good, head north to Cheakamus Canyon and sample the granite crimps on Star Chek, a three-pitch 5.9 sport route, or the classic Rug Munchers with its steep 5.11d edges. If you’re feeling strong, head to the Big Show wall with Superman 5.14c, Captain America 5.14a and Pulse 5.14a. If you just want some nice 5.10s and 5.11s, go to Rogue’s Gallery. 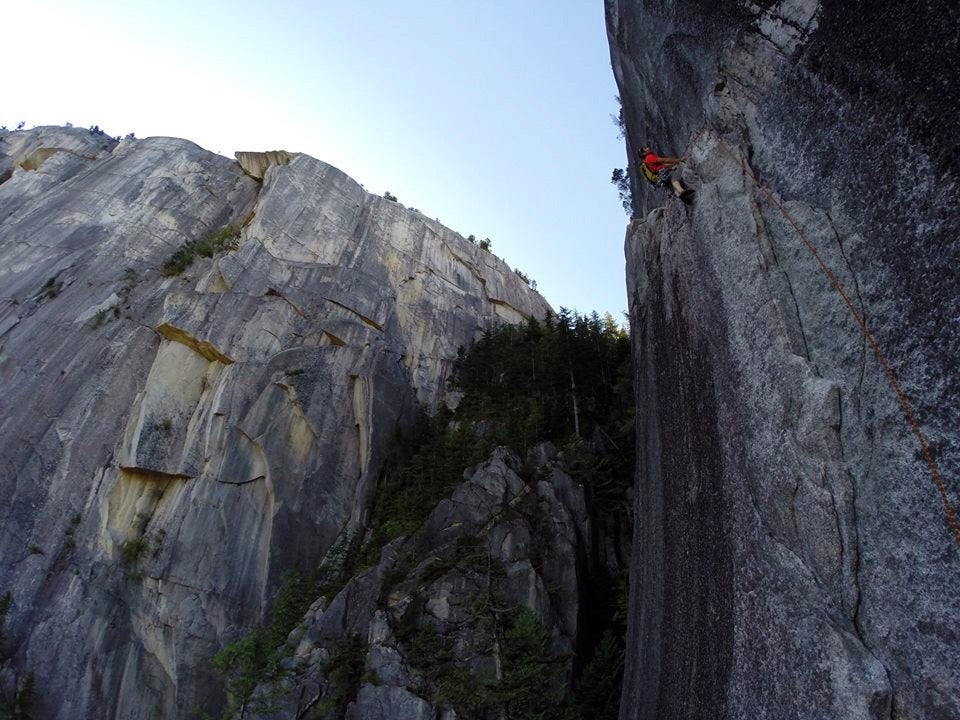 It’s easy to navigate Squamish, especially with a smartphone. The Sea to Sky highway goes through town, with The Chief on the east side and water on the west. As you approach Squamish from Vancouver, the Sea to Sky Gondola climbs above Shannon Falls and accesses remote climbs high above town.

The best place to stay is The Chief Campground, where it will cost less than $20 a night for a campsite. It fills up fast and it’s first come, first serve. As of 2017, a number of other campgrounds were being built around town. There’s a hostel in town and many climbers offer their places up on Airbnb. The Squamish Access Society has just recently released its 2017 updates with heightened awareness regarding camping and parking. Check it out here.

For coffee, check out Zephyr Café on main street, the Ledge and Bean Around the World. Head to Naked Lunch for a sandwich to pack over to the bluffs. After climbing, head to Howe Sound Brewing for local draft and pub grub, Copper Coil for cocktails and appetizers, Sushi Sen for the best sushi in town or Essence of India for samosas and masala.

Bring it all to take advantage of all the style Squamish offers: cams, nuts, bouldering pad, quickdraws, rope, shoes, chalk and harness. As far as apparel, here’s what I recommend: