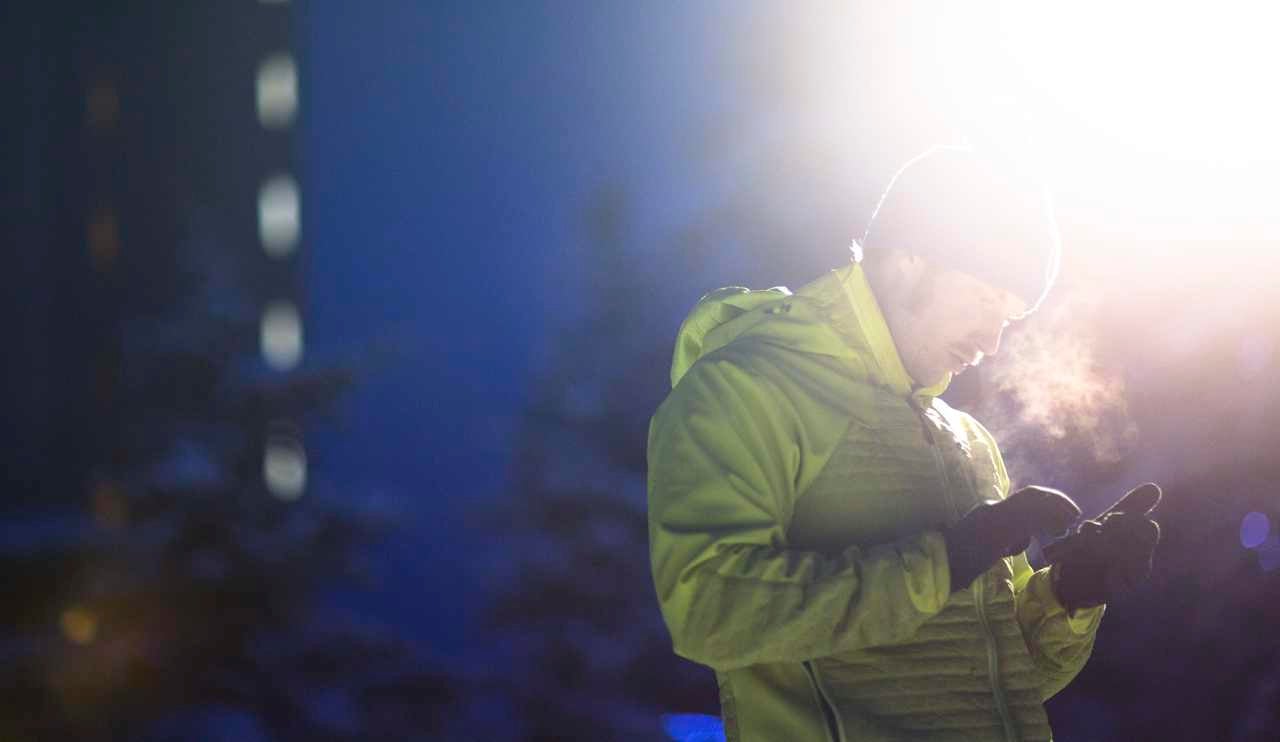 Getting back into the swing of ice climbing after months away every year can be hard. But the best thing to do is not think about the swing much at all, but instead, the kick. The fastest way to feel gripped in the early season is to not trust your crampons, and the most common reason to not trust them is that they might just not be in the ice securely.

You’ve probably heard somebody yell, “heels down!” What does that mean? Try it out. Put your “heel down” right now. What are you actually doing? Probably, simply raising your toes by bending at the ankle. Here on the couch, my heel doesn’t do much more than pivot. When I teach ice climbing, I always mention that you need to raise your toes before you kick so you feel the muscle in your shin flexing. (It’s about half way up and a bit to the outside, the same place I get shin splints when I have to walk around a city.)

This is why. Crampons have front points that are turned downward so they have a positive bite. The result is, if you kick your foot at ice the same way you take a step, your crampons will glance downwards off your target. To accommodate their angle, we have to pick up our toes by bending at the ankle so the front points are facing out, or forward, like a little aggressive pod of weaponry. I actually lift up my toes inside my boot as well. You know you’re doing it right when you’re able to engage all points, including the secondary points, in vertical ice. Especially for those who climb in monopoints, doing this as often as possible will allow you to take full advantage of your crampons. That lone point frees you to take advantage of placements where two won’t fit, but without the added stability of the secondary points, you’ll be wobbling around burning up your calves. If you get those secondary points to make contact, the resulting tripod is super stable. 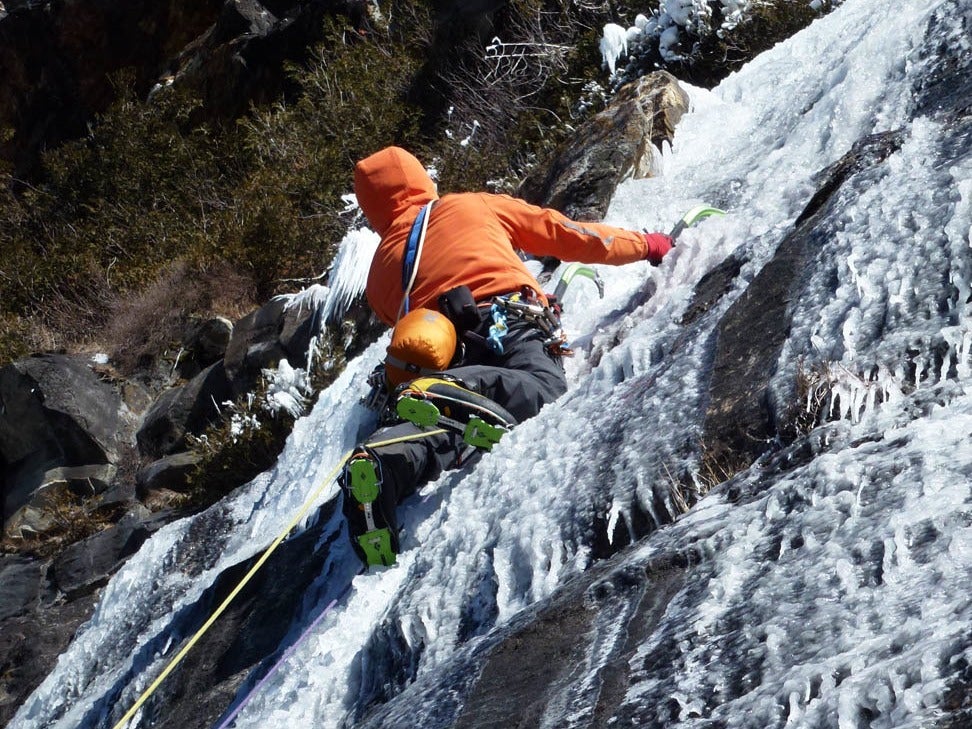 When you set your crampon correctly and it bites nicely, leave it. The contact points should remain stable while the rest of your body moves around them. This might take some practice, or really, just plain old calf strength.

Kick from the knee down

Don’t kick from the hip. When you kick with your thigh, it’s almost impossible to get your toes up enough to engage your front points correctly. Instead, bring your knee up as if you were taking a step on a staircase, and then, kick from the knee down, while flexing that shin muscle. All three or four front points should be aimed like little spears at your target. If you do this, you’ll find that you don’t have to kick as hard. When done correctly, you should hear the sound of metal rattling, not the hollow thud of your boot. I’ve watched many people kick this way, thumping their boot at the ice and not getting any purchase. The logical reaction is to kick harder, but keeping your toes pointed up while you kick might save them from a beating by letting the crampon take the impact once, not your big toe over and over and over again.

Set up a TR on a WI 2 slab and climb it without ice axes, front pointing. You might notice two things: One, it’s faster; and, two, it’s easier. Try it out on a WI 3, and you’ll be surprised. An early season session like this will quickly make everything feel just a little less scary.
Kick better, kick less and keep ‘em sharp. Feel more confidant in the early season, and the rest of the season will be full of fun progress.

[Photo in body by Nick Bullock.]