Feeling Isolated? Or Like The World's Super Divided? Here's A Thought 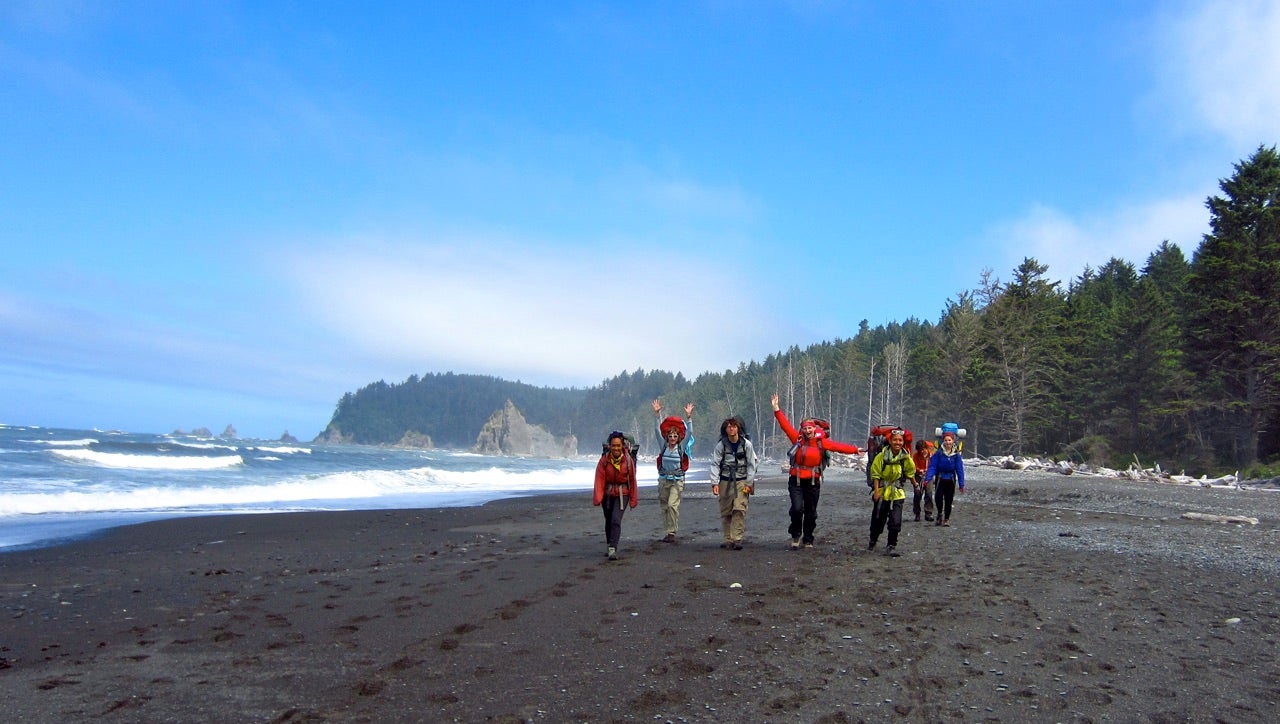 If you’re on social media or if you read the news at all, you may be feeling like our country—and our world in general—is more divided, more negative than before. But that’s kind of ironic, says Courtney Aber. Courtney is the national director of BOLD & GOLD, the YMCA’s outdoor leadership development programs for boys and girls, and she sees things from a different angle.

“I think it’s kind of ironic that there are all these messages out there that people are feeling very separated, that there are all these silos and schism groups, and a lot of that has to do with media—on Facebook, you’re only getting messages based on your history,” Courtney says. “But at the same time, those same articles and news pieces are reinforcing the very idea of the schisms—that we’re all separate and not connecting. It really reinforces itself by telling us how bad it is.” But the good news, according to Courtney, is that from her observations of BOLD/GOLD participants, we’re not as divided as we may think when it comes to real life.

One of the things that inspires Courtney about BOLD/GOLD is having the chance to—in real life—see that when young people have the opportunity to connect with or get to know someone from a different background, those schisms we adults tend think so much about don’t really seem to matter as much. The program participants form relationships based on who they are, instead of more outer aspects, she says.

“The more people get to know each other,” she says, “the more likely they are to really like each other and get along, and figure out ways to work together and do things and really appreciate each other.”

RELATED: Why We Need To Get Over "Bad" Weather—And Just Get Outside

Courtney points out that, in our modern world where we often spend large amounts of time online instead of connecting in real life, we have fewer opportunities to really get to know others in that way. And that’s a direct contributor to feelings of isolation or cultural division.

“Of course, just because you plop two people in a room together doesn’t mean they’re automatically going to be friends,” Courtney says. But for BOLD and GOLD, young people are getting out of their comfort zone, going to new places—and most of those places are technology free, she says. On BOLD/GOLD trips, young people do one- to three-week trips for backpacking, canoeing, rock climbing and mountaineering. And being out in the backcountry for that amount of time, that go-to thing we rely on—our phones—isn’t there, Courtney explains.

“I think people inherently have a desire to connect with others, I think that’s why we use our phones a lot,” she says. “But it sometimes has results we don’t want, in terms of actually cutting ourselves off from other people.” 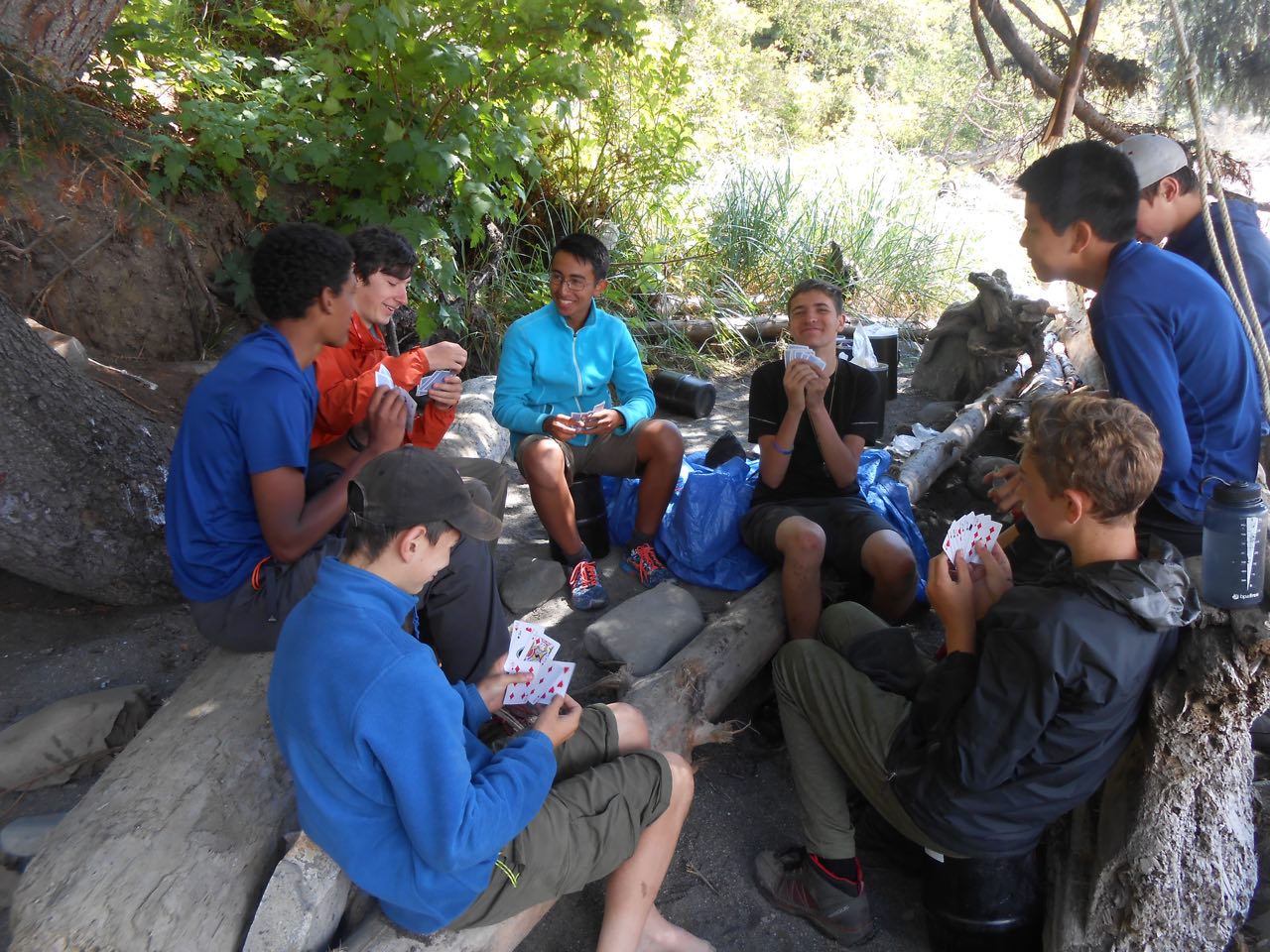 On a BOLD or GOLD trip, participants who might not normally interact on a day-to-day basis—because of how segregated the world tends to be—work on things together, Courtney explains. “When you’re out camping, you’re figuring out how to cook dinner together, how to set up a tent together, or figuring out what backpacking route you’re going too take, or when to do a crossing in a canoe,” she says. “All those pieces give people really tangible ways to work together.” TThrough that, they get to really know each other and share more about themselves than what they might on social media, which forms a different kind of connection, she says.

After one memorable trip, Courtney says, two participants with very different backgrounds—one very privileged, one much less so—explained that they’d built a very strong friendship, that they felt like they would be friends for life. When they got home from the trip, Courtney says, one of the parents pulled aside one of the BOLD/GOLD staff, asking, “What could they have possibly talked about? I don’t see what my kid would have had in common with that other kid.”

“They’d obviously had very different life experiences, but through the course of the week they’d found out things about themselves, and found a kindred spirit, someone who they could connect with who understood them,” Courtney says. “But it was not based on shared experiences in life.”

There’s something about being out nature that often makes people feel more vulnerable, and more open to sharing about themselves, Courtney says. “Somehow it’s easier to do around the campfire than in the lunchroom.”

When it comes to everyday adult life, we can learn a lesson or two from all this, Courtney says. When you feel isolated or like the world around you is extremely divided, maybe take a minute to truly connect with someone—offline. Maybe even outdoors.

“Our lives are at such a different pace, and you forget what a difference a week can make. You can do something that can really change your outlook, the way you think about things or yourself in a week.”

***
For more information on these trips—to go on one, to volunteer or donate—check out BOLD & GOLD.