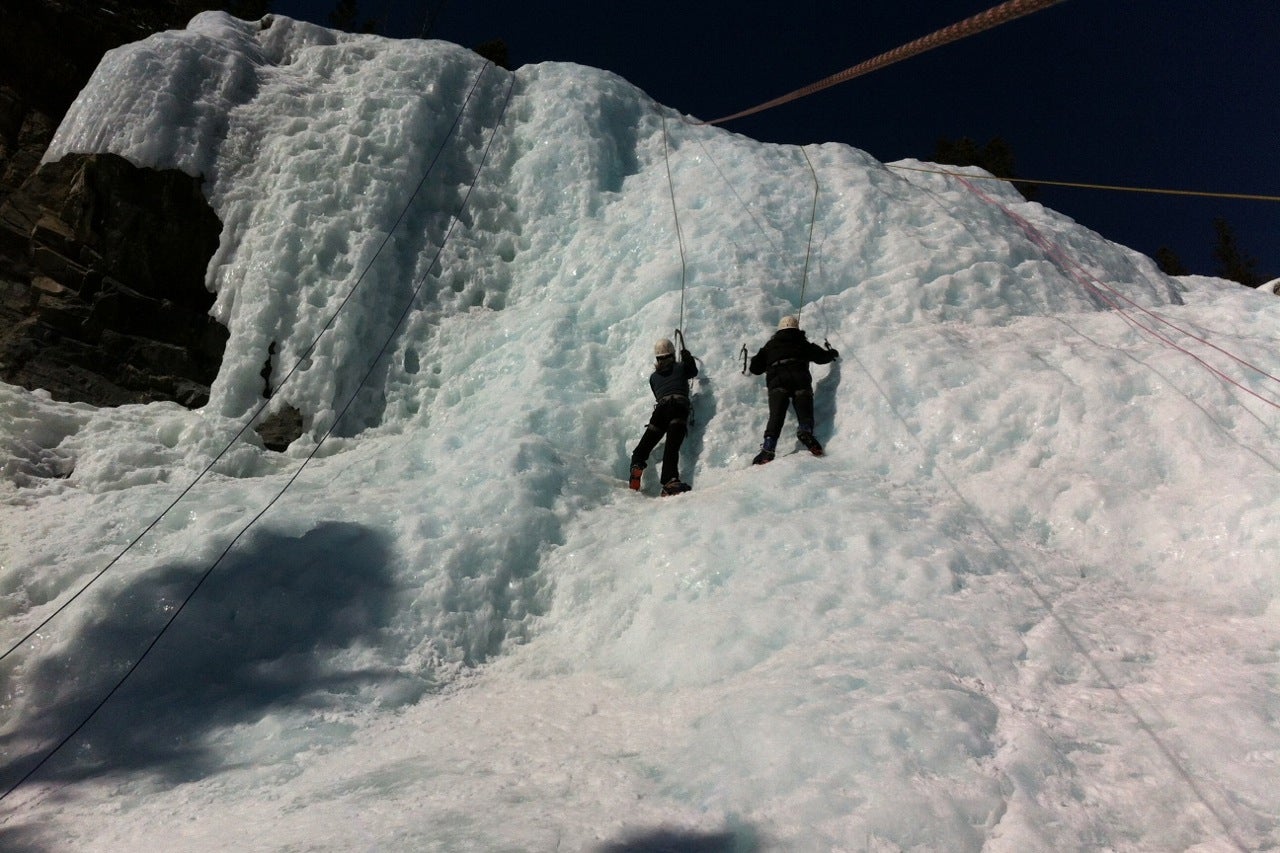 I meet Sarah in the parking lot at 7 a.m. We haven’t seen each other in a while, so we catch up as we hike our gear and four ropes up to the friendly strip of ice just outside of Canmore known as The Junkyards. This is our second year in a row doing a clinic for addicted youth whose life decisions have landed them the court-ordered options of doing time or going to rehab.

Sarah solos up the easiest section of ice while I get the ropes ready for her to haul up and thread through the anchors she has just finished building. The students will arrive shortly, and we want to be back down in the parking lot to greet them.

Sarah and I are pleasantly surprised to see that there are an equal number of males and females in this group. For some reason, we had both assumed there would be more males. We are well aware of the transformative power of climbing ice, both because we’ve lived it and because we’ve seen so many others taken by the magic of the activity. We’re a great team: Sarah lets me talk, tease and cajole the reticent teenagers into trying a lap, and once they’re tied in, Sarah offers encouraging tips and well-deserved compliments on how well they’re doing.

I’m proud of the fact that I’m on the other side of what these kids are going through, and that I’m finally in a position to offer them the guidance I wish I’d had at that age. I’m also proud of the fact that I have women in my life who are as accomplished as Sarah [LINK]. It’s not lost on me that we are the perfect role models for these kids: they get to see strong, capable female role models who are participating in very non-traditional work and lifestyle choices.

One participant in particular catches out attention: She methodically makes it to the top of every climb, and each time turns and silently stares at the view for what feels like three minutes before asking to be lowered. Toward the end of the day, as she reaches the ground after her final climb, she smiles at us and says: “That’s the first time I’ve ever felt in control in my life!”

Maybe it’s the wind, but I notice liquid pooling in the corners of Sarah’s eyes. I look from one participant’s face to the next, and I see sparkling eyes and rosy cheeks. I silently wish for each and every one of them to have the strength to leave their addiction behind.