From The Climbing Zine: On Jeff Lowe's Footholds 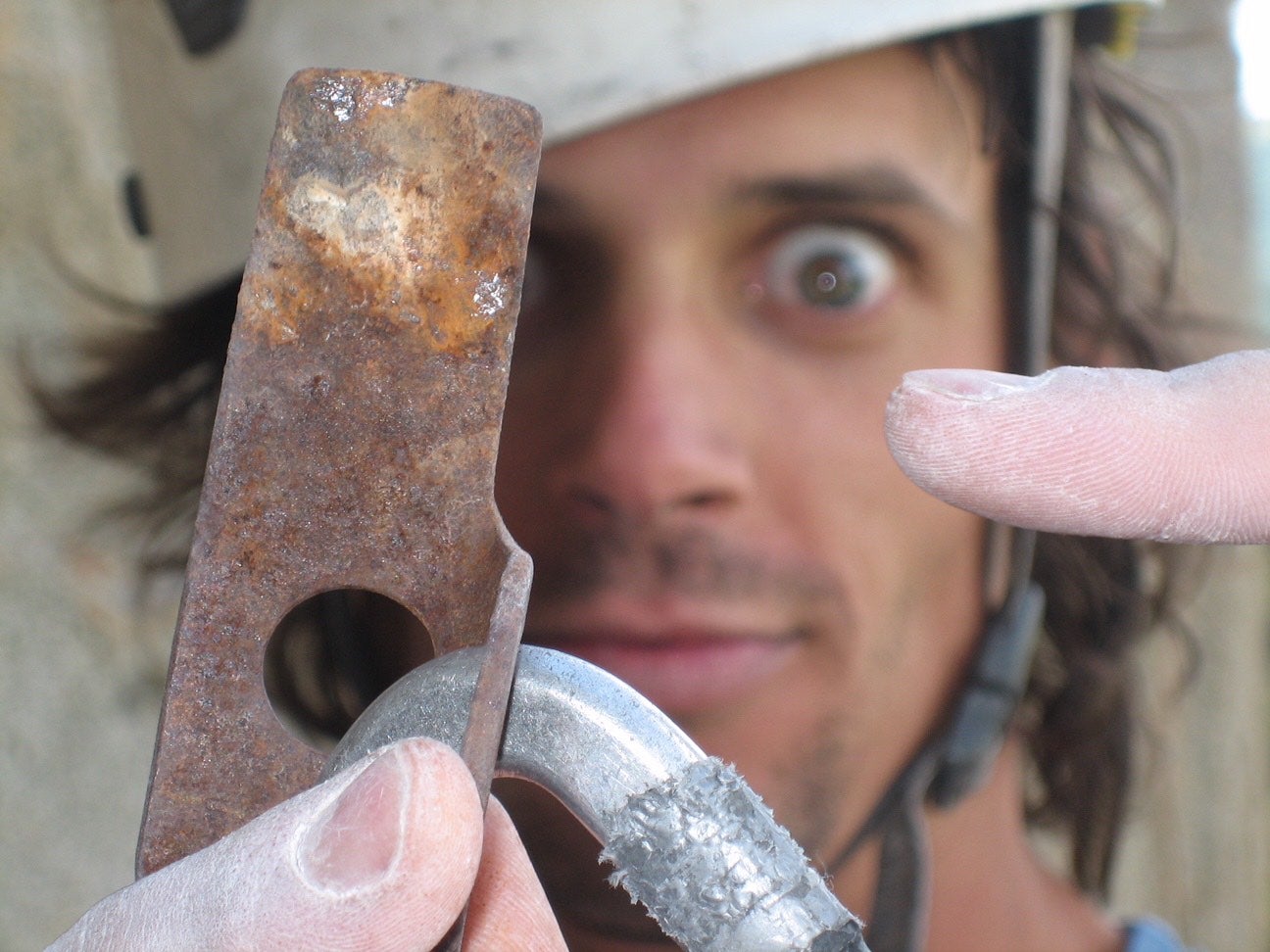 ***This special feature was previously published in The Climbing Zine, published by Luke Mehall. If you enjoyed it, or climbing writing in general, check out the Kickstarter for Luke Mehall's latest book, The Desert: A dirtbag climbing book, which runs through November. ***

There are climbing partners, and there are the climbing partners. The partner you want to climb to the ends of the Earth and back with. The one you’d follow all the way to the moon. The one who eats, drinks, and breathes climbing. The climber who is not only skilled but also a student of the history of climbing, who has an acute awareness of where it came from and those masters whose footsteps we will forever follow behind.

Dave Marcinowski is one of those. There’s a reason he’s been on the cover of The Zine twice. He’s everything you want in a climbing partner. His stoke is legendary, and he cares about the craft as much as anyone I’ve ever met. He’s the guy who doesn’t just gripe about that shitty, ancient bolt at the local crag but actually goes up and replaces it in the best possible style. He’s so dedicated and connected to climbing that his email address even involves the word whipper!

As this last summer ended, I visited Dave at his home near Telluride to do some climbing at the Ophir Wall, a magnificent and towering granite crag with a history going all the way back to Royal Robbins. There was a high chance of rain, but we went up anyway on a 5.9 called Hot Wee Wee, an old Henry Barber line.

That day, as old friends do, we reminisced about past climbs, past legendary road trips, and summer projects. He started telling me about the Seamstress Corner on the Ames Wall, a proud cliff just down the road, a wall that’s much more famous for its ice climbing than its rock climbing. Eleven years ago, he had his first attempt with Tristan Perry, which ended in a huge whipper after an old piton blew. 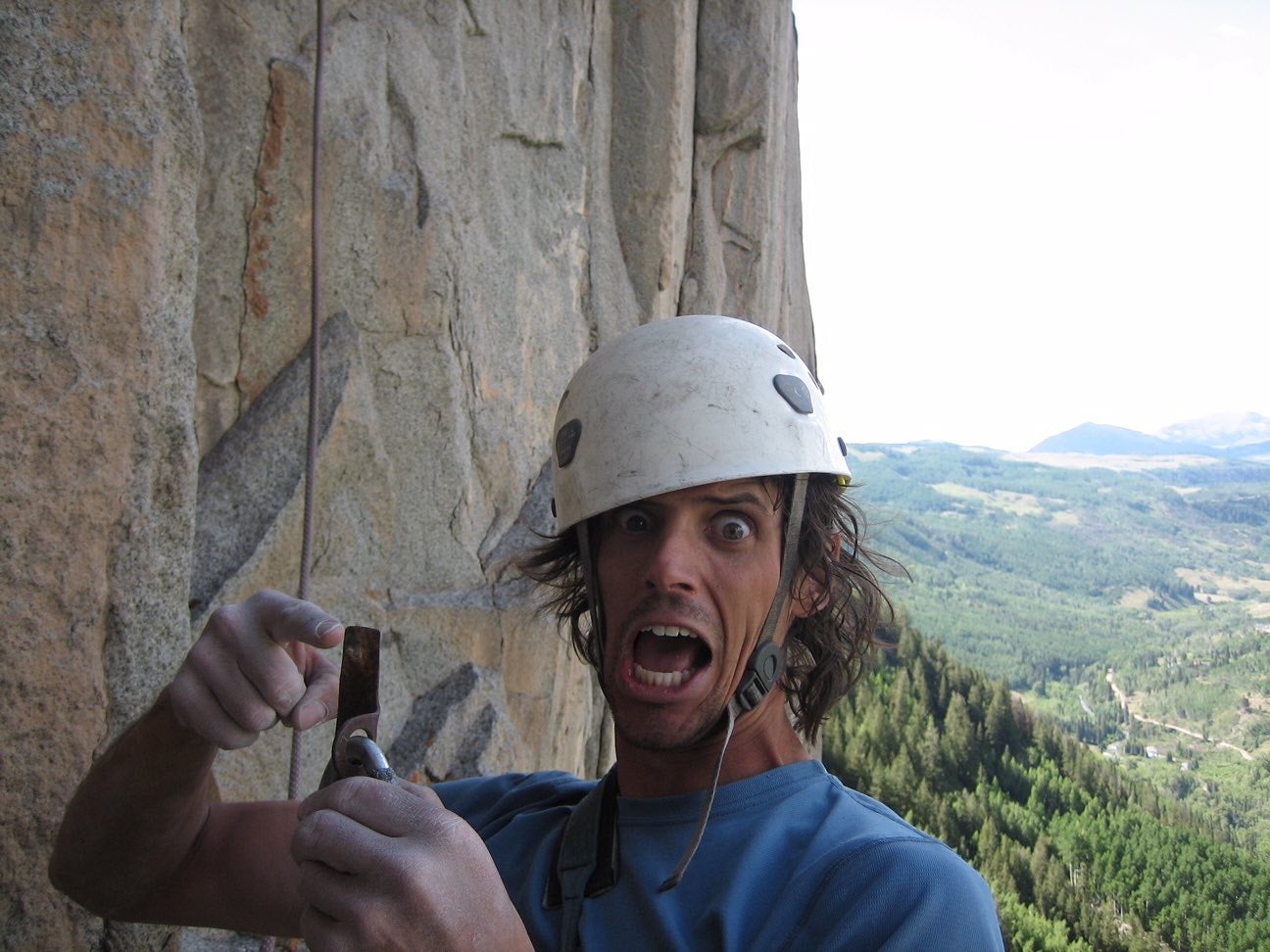 The Seamstress Corner had been established by Jeff Lowe and Tim Kudo just as Dave was entering the world. (Lowe noted putting the climb up in 1980 with a question mark behind that date on an interesting and informative SuperTopo forum about the climb.) Dave was intrigued by Lowe’s comments on that forum and teamed up with his buddy Ryan Sprackling to repeat the route and replace the hardware as necessary, with Lowe’s blessing.

Lightning and thunder started loudly cracking and reverberating across the canyon. It was time to bail. Luckily, we found some anchors, ones that obviously needed an upgrade (another future project for Dave) but would work for a quick descent.

We reached the ground as the sky erupted into a magnificent rainstorm, one that was hard to complain about after a nasty wildfire season in these parts. Moisture was welcome. By the time we were hiking down the talus field back to the car, the climb we’d been on had turned into a waterfall.

Sopping wet, we finally returned to my truck, to find the only other team that had ventured out to the Ophir Wall that day, Jeff Haskell and Ryan Sprackling. I don’t even know if I got to properly say hello to Ryan since it was raining so hard, but Haskell relayed a message to us: “Jeff Lowe died today.”

Lowe had been suffering and wheelchair bound for years; I highly recommend watching the brilliant film Metanoia about Jeff’s life and illness. Tom Frost had died that same day, and John McCain also died that very same day as well.

I could tell that Dave had wished to communicate with Jeff Lowe to tell him that he’d followed his wishes and replaced the Seamstress Corner in good style. I tried to console him, saying, “Well, maybe he knows now.”

These are Dave’s words on his experiences on the climb, over the years. I know he had deep respect for Lowe and Kudo’s effort and how difficult it was for any time period in climbing. 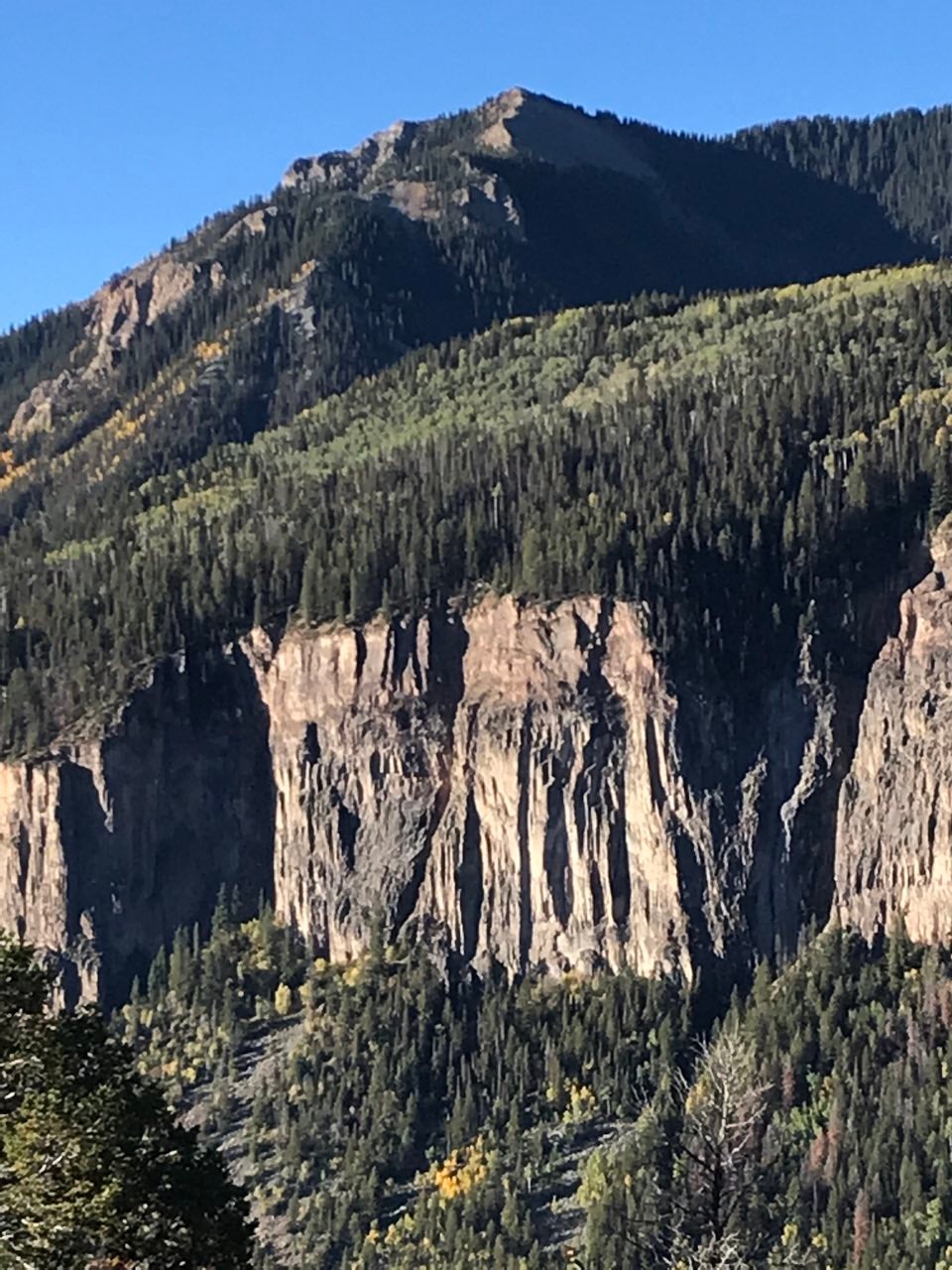 Q: What was your initial experience like on the route?

A: My initial experience on the route was with my friend Tristan Perry. He liked adventure routes put up by hard men in the seventies.

I got to start the climb off. I led up and got the first bolt clipped, the first decent pro in forty feet. The rock looked less than optimal getting to the second bolt. About six to eight feet above the first bolt, both of my handholds broke, sending me for a twenty footer. Tristan asked if I was okay; I was and continued on, linking the first two pitches.

The climbing was steep and technical, weaving between the corner and arête. The protection was sparse and consisted of pins, small nuts, and the occasional small cam; it was exciting, to say the least. Tristan led and fired the next pitch, the crux, power laybacking above old bolts and pins that were sticking out more than they were pounded in.

My next lead was as exciting as my first. I made hard moves, moving right off the belay, which was one old pin, one quarter-inch bolt, and a suspect black alien. I clipped a bolt and continued right; the next piece of pro was a small knife blade. The moves above the blade were stout, and it seemed like I was going to have to pull on a hollow, detached flake. I tried twice and, on my third attempt, took a three-foot whip on the knife blade, which led to it pulling and a twenty-foot sideways whipper onto a quarter-inch bolt.

It was enough excitement for the day—we were out of there. On the way down, heads and bodies buzzing, we relaxed with a little Colorado wildflower and dunked our heads in the river.

Q: What motivated you to upgrade the hardware?

A: The motivation for the hardware upgrade was spurred on by Jeff Lowe himself and wanting to make the route a little less sketchy. I also had a desire to finally finish the route with another motivated partner, who was not afraid of choss and adventure climbing.

Jeff had chimed in on a SuperTopo thread about the climb. His description of his experience and the fact that he thought a party should go replace the bolts and test the pins were great motivation. He also stated that it was one of his top fifty free climbs that he had done. All these factors contributed to wanting to get it done in a style worthy of the first ascensionists.

I also wanted to make the climb safer for future ascents, and it was a great backyard project. I live two miles away.

Q: What were some memorable moments/pitches?

A: Pitch four was my previous high point, and this go around, it was Ryan’s lead. He gracefully used the sketchy flake I would not commit to and clipped another old bolt. He then proceeded to run it out to the anchor after clipping the worst pin on the route. Pounded in a .5˝ pin in a flake-type feature, and you could have yanked it out with a good tug.

Pitch five was a heady lead for me—involving small pro and hard climbing off the belay, an exposed traverse on licheny holds, and lastly, feeling a two-hundred-pound block shift and having to climb around it.

Finally topping out and walking off the Ames wall, knowing we had completed a hard special route and done it in good style. It took me eleven years to get back, and the feeling of completing topping out was extremely gratifying.

Q: What was the sketchiest part of the climb?

A: The last pitch. Although it was only 5.8, the rock quality is the worst I have ever climbed on. The traversing nature of the pitch, the fractured quality of the rock (like chunks of jagged glass glued together), and the lack of good protection made it dangerous for both leader and follower. It was my lead; I backed off. Ryan ended up leading this pitch—he is a Choss Boss!!!

Q: Since Jeff passed away just after you finished this, what do you wish you could have told him about the experience on Seamstress?

A: I would have told Jeff how impressed I was with the style in which he and Tim put up the route. Ground up, on lead with pins and bolts where necessary.

I am inspired by his eye for the line. Seamstress is the proudest, tallest, steepest, and most striking line on the wall. For him to have climbed at the grade onsight, working his way through loose flakes and detached blocks, is impressive, to say the least. I can see why he was the leading alpinist of his day.

Also why he has inspired so many of today’s hard climbers. He mentions on Supertopo that the experience is also about your relationship with your partner and the natural setting, giving what the rock gives you.

I felt all these things, a finer, somewhat heightened sense of awareness. Lastly, I would have told him we replaced the hardware in the manner in which he wanted. Bolts with bolts, pins with pins, not adding unnecessary hardware, and we beefed up the fixed belays.

We topped out and walked off, just as they did.

***This special feature was previously published in The Climbing Zine, published by Luke Mehall. If you enjoyed it, or climbing writing in general, check out the Kickstarter for Luke Mehall's latest book, The Desert: A dirtbag climbing book, which runs through November. ***