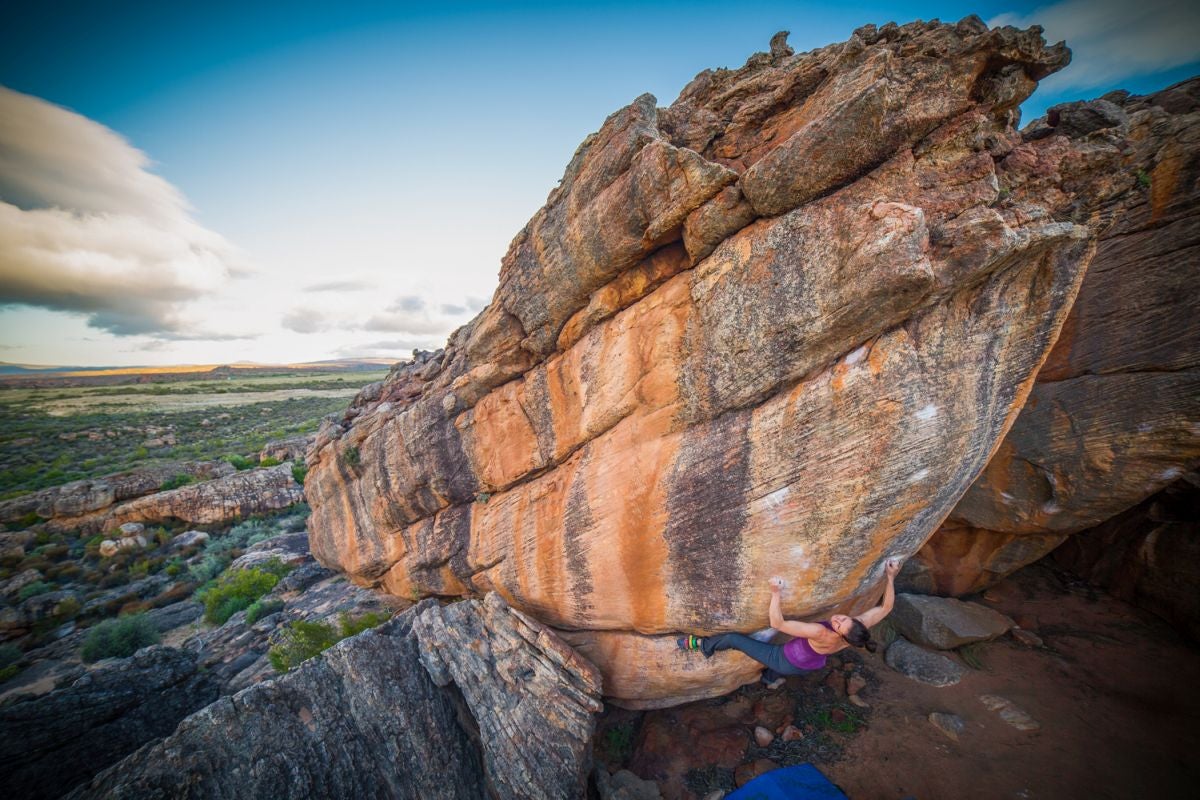 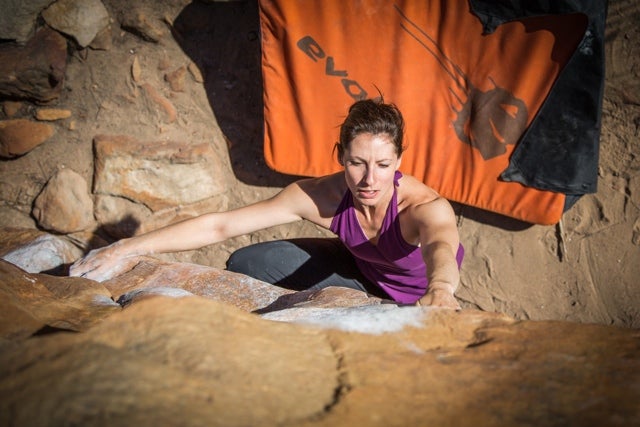 Regan Kennedy and Josh Muller spent six weeks in Rocklands, South Africa, testing themselves on the sandstone boulders and enjoying the simple life of a climbing trip. We caught up with Regan to get the scoop on the newly developed area.

It sounds like you had to adjust your goals a little when you arrived in Rocklands. What had you been looking forward to, and what surprised you about Rocklands when you got there?

Josh and I decided to book the trip over Christmas 2012, so I had about six months to daydream about Africa. I was looking forward to a number of things, like bouldering in the summer, which I never do—that's normally our sport climbing season. I prefer bouldering, so I was really excited about that. I know what it means to be "on the road." Life slows down, and I was really looking forward to that. I was also excited to see this bouldering Mecca called Rocklands. I wanted time to be a tourist, see the sights, maybe some animals, and definitely check out the great food.

What surprised me the most at the very beginning was how the boulders were all laid out. From afar, it doesn't look like there's anything climbable. I was surprised by how far up we sometimes had to hike to the boulders, and at first climb I was amazed at how much texture the sandstone had. It's course and bullet-proof rock. I had never climbed on anything like it.

When we first got there, we shared a house with a few Swiss guys and some Americans. At first, I wasn't keen to share—we had to share for a week before moving over into our own cottage—but then we really became great friends with all the folks in our house. One of them made this video and all the rest we are still in touch with. When we moved into our cottage, we even invited some Americans to crash with us for a week. I guess it's not surprising that the climbing community is welcoming, but again, the gang we climbed with in Rocklands was amazing. 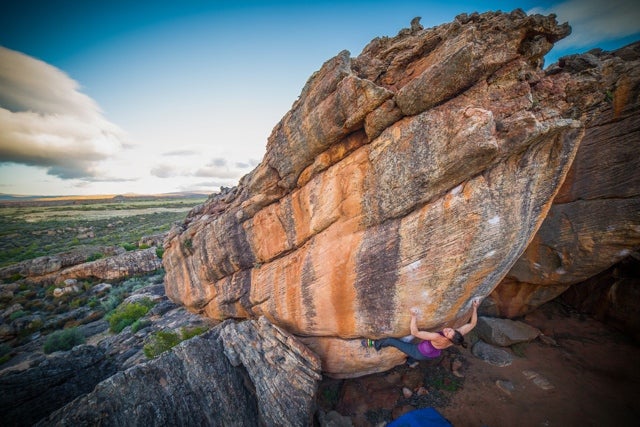 How would you describe the climbing there?

The climbing is powerful and reachy. There is a variety of climbs, but all pushing the top end of their grade. Nothing comes for free there. I never touched a hold I couldn't easily hold—holds are often good—it's the movement between holds that's difficult. Very powerful. It's amazingly aesthetic, though. You're never in a place that doesn't come with a spectacular view.

How did you adjust?

At first I wasn't climbing as much as I wanted to, simply because my skin could not tolerate the texture of the rock. But like any rock climbing trip, you find that happy medium of resting and climbing. Once I became familiar with the hikes, those got easier, too, and we started to go to multiple climbing areas in a day to hit my projects and Josh's, or someone else's who we were climbing with that day.

We settled in really nicely, waking up around the same time each morning, eating the same breakfast everyday, packing our lunches and heading out for a climb, finishing the night with dinner. For six weeks. 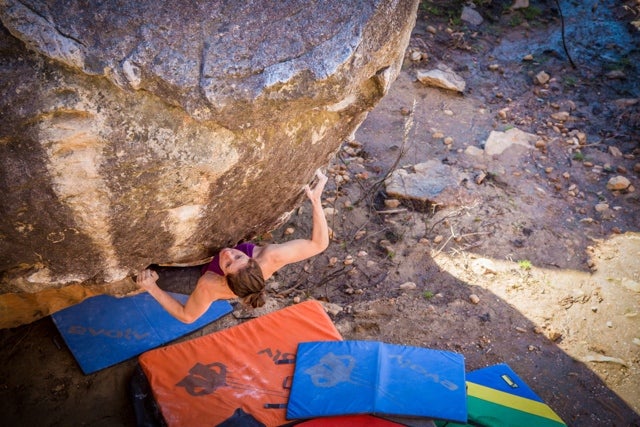 How does the super simple lifestyle at Rocklands affect your climbing? Did you feel more focused? More relaxed?

What was your favorite route or problem at Rocklands, and why?

One of my favourite routes was "Black Mango Chutney." I never sent, it but I worked the hell out of it. It was my style because it had crimps up a beautiful, overhanging face. I like being challenged, and am drawn to interesting movement. That problem had both of those for me. 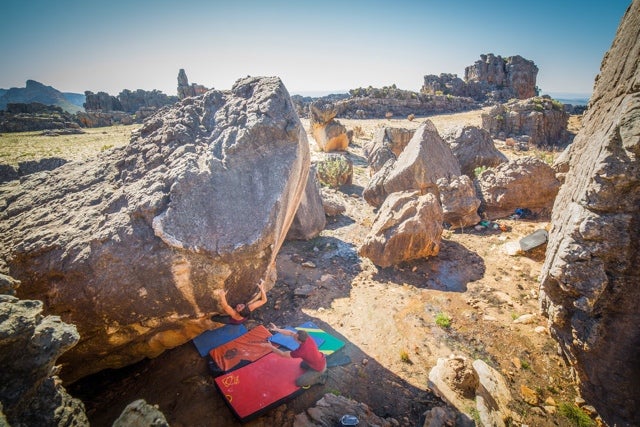 What was your "take away" from the trip?

I definitely identified many "weaknesses" that I needed to work on. The climbing is very powerful, something that I'm weak at, particularly lock offs. I came home with working on my power and lock-off strength in mind. I also realized that I should't  set expectations for myself—or at least let myself get disappointed if I don't reach goals I set when going to a new area. I loved South Africa, though. I would move there in a second. It's a beautiful country filled with beautiful people. I can't wait to go back!

What do you look forward to, if you come back?

Looking forward to reconnecting with some of the locals around Rocklands, the simple life, the great food, and of course, the boulders.