Going Back To Their Roots: Sweetgrass Welcomes Japanese Gentemstick Riders To The Kootenays 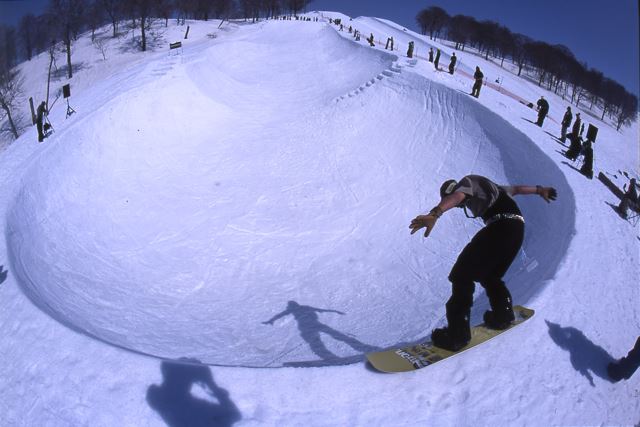 “We are not trying to race down the hill to see who can go the fastest. We are trying to make the most of the terrain… how you decide to express yourself on a slope reflects your style and personality.”

Many folks got their first taste of Sweetgrass after experiencing Signatures, a film that follows an entire winter in Hokkaido, Japan—through the blazing orange of fall, the atrociously deep powder of winter and the delicate cherry blossoms of spring. This was a film about expression, soul and the art of riding on snow. It also served as an introduction for many of us to the sport of snowsurfing. Snowsurfing essentially translates the movements and philosophies of surfing onto a winter canvas, emphasizing expression and the artistry in every turn.

For the last five years, the Sweetgrass crew has boomeranged around the globe in search of the untold stories, the unique lines that define their films and the rich characters that stick in our minds long after the film stops running. But no matter how far their travels take the, Sweetgrass hasn’t lost sight of those neck-deep, glorious turns through Hokkaido’s famed powder and the great friends they met over the course of that winter.

“For us, our time in Japan making Signatures defined the style of our films and our approach to winter. Documenting the nature of snowsurfing was the perfect scenario to help us realize what we valued in our own art—the perfection of a turn, the unique silkiness of a spray, the individual snow crystals still suspended in the air long after the rider leaves the frame,” Ben Sturgulewski of Sweetgrass said. “Signatures and snowsurfing helped foster an eye and a respect for those indistinct minutiae that make winter life beautiful, and our films have held onto that respect in the many different landscapes and ideas that we’ve explored since Japan. While our films have come a long way from Signatures from a visual, technical and narrative standpoint, its fair to say that the soul that we found in Japan has remained the same.”

Last month, a crew of Gentemstick riders from Hokkaido arrived on our doorstep. Domi, Yama, Ken and Ommu were followed shortly by Hayato aka “Bubbsun” or “Bubbles”, Haruna and Takuya. These were just the first of a several Japanese guests that based from our home in March to ride the lines in the Kootenay Mountains and construct a Gentemstick Bowl at Whitewater Resort to inject a bit of their style into our western winter. A bowl is constructed a bit like a snow/skate park, but the builders focus on the terrain, constructing a bowl unique for each place they ride. On March 30, they opened up the bowl for a public exhibition of snowsurfing awesomeness, focusing on styley slashes and sprays in the Canadian corn. You can check out more photos on their Facebook page, here.

Emily Nuchols is a writer and the founder of Under Solen Media. She’s spending a few months this winter in a house with a rotating door of ski bums and steeping herself in the mountain culture of Nelson, BC. Throughout the winter, she’ll be sending us dispatches from Nelson, exploring adventures in the mountains and telling us stories from the people she meets along the way. We’re calling it The Kootenay Column. Catch Emily and more real-time updates on Twitter and Instagram.