Does Climbing Success Mean Winning? Or Is It In The Process? 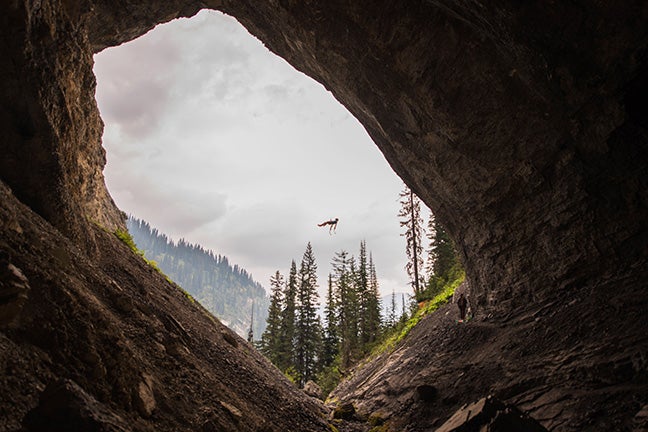 Every year I find myself in the same place: ending the previous season, taking some time off to rock climb, and then back into training for the next year’s round of competitions and winter climbing. It’s a cycle I’ve been following for a few years now.­­ Train, climb, compete, repeat. It’s been awesome and I’ve seen a certain level of success that I thought never to be possible. I’ve worked really hard for the opportunity to travel the world and do what I love doing most. And it hasn’t been an easy road. I sacrfice time, juggle my climbing career and my family and try to find the balance in my sanity. It's been a great effort to hold it all together—commitment at the highest rate. Go ahead, just ask me how many cans of Red Bull I drink to make it all possible.

A couple of months ago, when I began training for this season, during a session, a coach I work with attached a tag line to a picture he took of me: “Take the ferocity, take the focus, and pour it into this…every day.” I read a lot of motivational content, study mental toughness books, and even work with a sports psychologist. And that quote, the ferocity, it rung so loud in my head that it did something strange…it changed something, even broke something. Saying it over and over in my head, to pour “it” into this every day. What was “it”? What did that qoute really mean to me? What was it doing to me?

Mentally, I felt like someone had just removed the shackles from my repetitive cycle that I was caught in. A routine that had carried me through the last several years had been overtaken by a deeper willingness, a deeper passion, and more drive than I had ever experienced before. A collaboration between coaches (physical and mental), my family, friends, we all had a new attitude that had reached a heightened awareness of what was actually attainable. Last year, I experienced the most success in my climbing journey: I won the North American championships, placed 4th in a World Cup, and climbed my hardest route (outside) to-date. Wow. Total success. Or was it?

Recently I posed the question on facebook: “What does success mean to you?” The answers came from every direction with all sorts of ideas. Everything from “winning” to “being happy.” Both equally right in there own sense. Both applicable to my own personal defintion of success. But recently that word has transformed into a more personal meaning. Success to me is its own form of winning, its own form of a podium. Would I feel successful standing on top of a podium? Yes, and I have felt that. But the podium, or “winning” isn’t the success. The success for me is the process. Winning is just the by-product. I’ve come to realize that my success is actually this: the ultimate effort. Not to be confused with the ultimate sacrifce. My ultimate effort is full-heartedly believing that I poured every ounce of energy into a task at hand, and then some. Doing that, and knowing you did it, that’s the end of the rainbow…that’s the pot of gold.

Hearing that quote, “Take the ferocity….”, it’s like it opened a door within me that gave way to untapped energy. A resource I knew not of, but that was waiting for the right time to be channeled toward a specific direction or goal. Yes, as I said, last year was successful. To an extent. But deep down I knew there was more, more I could do, more I could try, more I could give. I knew deep down I hadn’t given it “my all,” the ultimate. I could feel that there was still reserve energy, but didn’t know how to get to it, how to channel it. Until now.

We took the time to understand. Breaking down the previous cycle of how. The program for preparation altered. Things needed to be changed, re-invented, and thought through very carefully, about how the “absolute” could be attained. My coaches and I analyzed previous years, broke down the errors, weaknesses, and reasonings behind falling short of certain goals. Many were clear, some still unknown, but what was apparent was this: Change was of the utmost. And change? That was associated with me, especially geared toward my ultimate—willingness. How bad did I “really” want it? How hard was I truly willing to push, physically and mentally? Did I have that? The push?

It meant starting earlier, more focus on strength, dynamic technical climbing, more time route setting, focusing on every movement possible, it meant tempo (learning how to climb fast—technically with precision), not necessarily more time per say, but utilizing my time with a new focus, and new effort, ”the ferocity.” It meant “taking the ferocity, the focus, and pouring it into this…every day.” For me to reach my ultimate success, I need to believe in a level of energy that’s beyond my horizon. But that’s what it takes, for me anyway. For me to be successful, I need to believe in the impossible. I need to believe that I’m capable of the impossible. There’s a lot on my plate for this coming winter, with competitions and personal climbing goals. To get through it all, I need to go beyond what I thought was my ultimate, and rise to a new level of “try hard.”