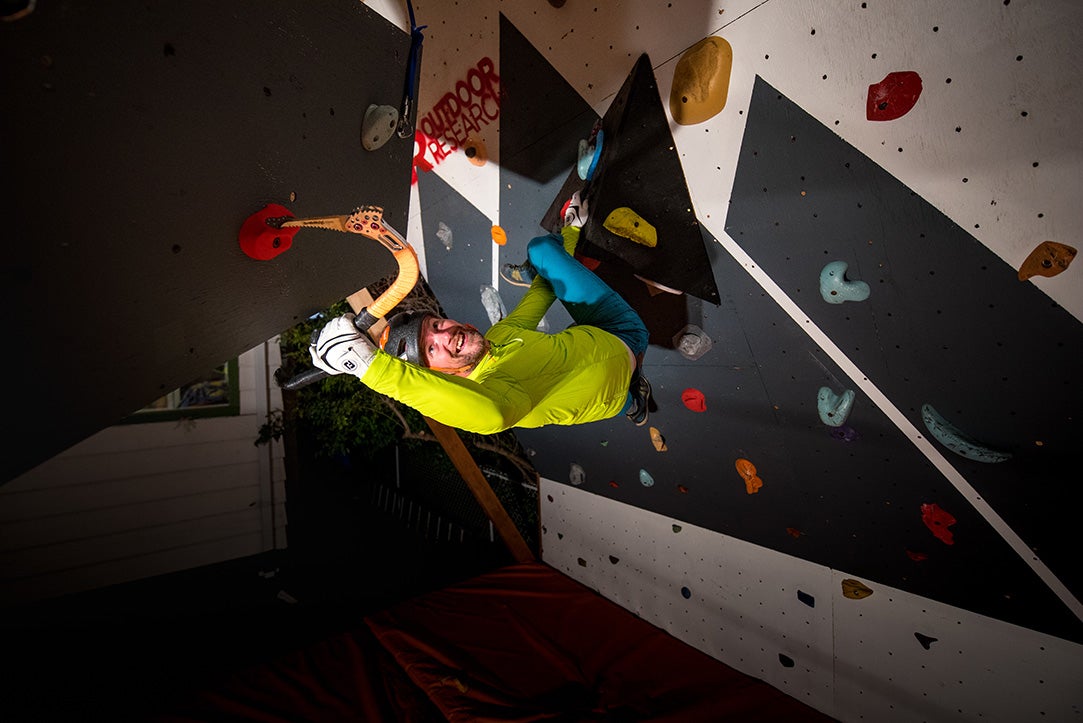 ***Outdoor Research is excited to support Gordon throughout this season—and stoked to sponsor UIAA World Cup Ice Climbing, including the new North American tour stop in Denver, which will serve as the 2018/2019 finals on February 23–24, 2019.***

I had come home from Mongolia broken, tired and ready to be done. It was only halfway through the competition season and my body, mind and everything in between had given in to the years of “try hard.” I was filled with emotion, stress, success and failure—and I knew it was time to go home and lay down my competitive career. I’d done my best, tried my hardest and laid it all out there, going after what once was just a dream: to compete at the highest level, to be my best.

Sitting out on the back deck months later, drinking a beer, eating dinner, my wife and I were talking about life, and all that encompassed our everyday. The topic of me being retired from competition climbing came up, led by the question: “How do you feel about being done?” My wife saw straight through my answer, knowing there was a certain level of unsettledness that leaked through my words. I casually tried to pose the notion of me not really caring, but I found myself uncomfortable with my own words. I could feel the emotion of not finishing properly creeping in. Feelings that I had supressed when I had come home were quickly surfacing again. We talked for another hour or so on the topic, and in the end, we both knew I had to go back. I had to go back and finish strongly. And by that I don’t mean winning, although that’s always the goal—but more so from start to finish. You see, I’m a terrible finisher. I love starting, I love all the “middle” stuff, but finishing … it’s certainly a weak point. It was clear as day to both of us that I wouldn’t be “satisfied” until I finished properly, a full season with a full heart. 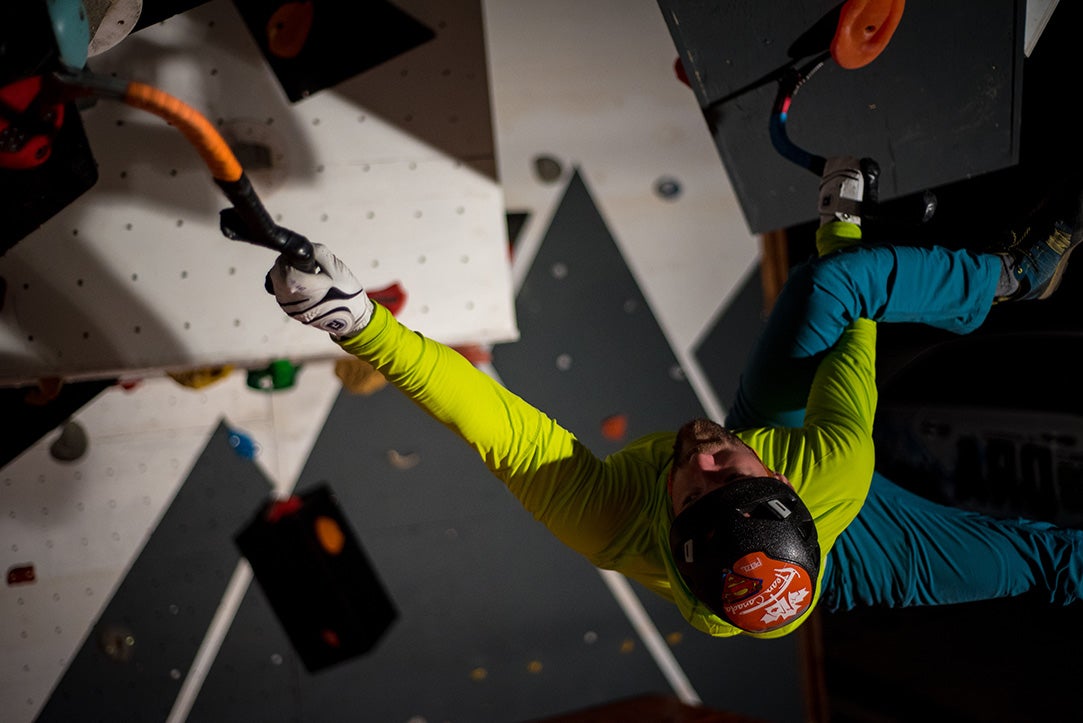 Not even a week later, I received a phone call from Outdoor Research  The words, “can you come back?” rang so deeply, as though my soul had just been shocked. My athlete manager explained to me that OR had just become the title sponsor of the World Cup Ice Climbing Circuit. He knew I had retired, but with this new sponsorship deal between OR and the UIAA, he asked me how I felt about “coming out of retirement.”  Without a breath of hesitation, I replied, “HECK YES.”  The timing of everything was all too perfect. Subconsciously I had been hoping for a way back, an opportunity to finish off what I had started.  But it wasn’t until that conversation, that phone call, that the deeply pitted hope became apparent.

Wasting no time, I built a new training structure—in my backyard, again. My family and I had moved in the spring, which meant my old training structure, “the great arch,” had to be torn down. I was retired, so taking it down shouldn’t have mattered. Who knew it wasn’t over yet. I mapped out a new training plan, designed with a totally different mindset: to begin, again. Going back to what I knew, and still know, but refining the details toward a more specific regimen. It’s different now. I need to stay healthy, but be fitted with such readiness, to stay focused with a mastery of dedication that can’t be shaken. 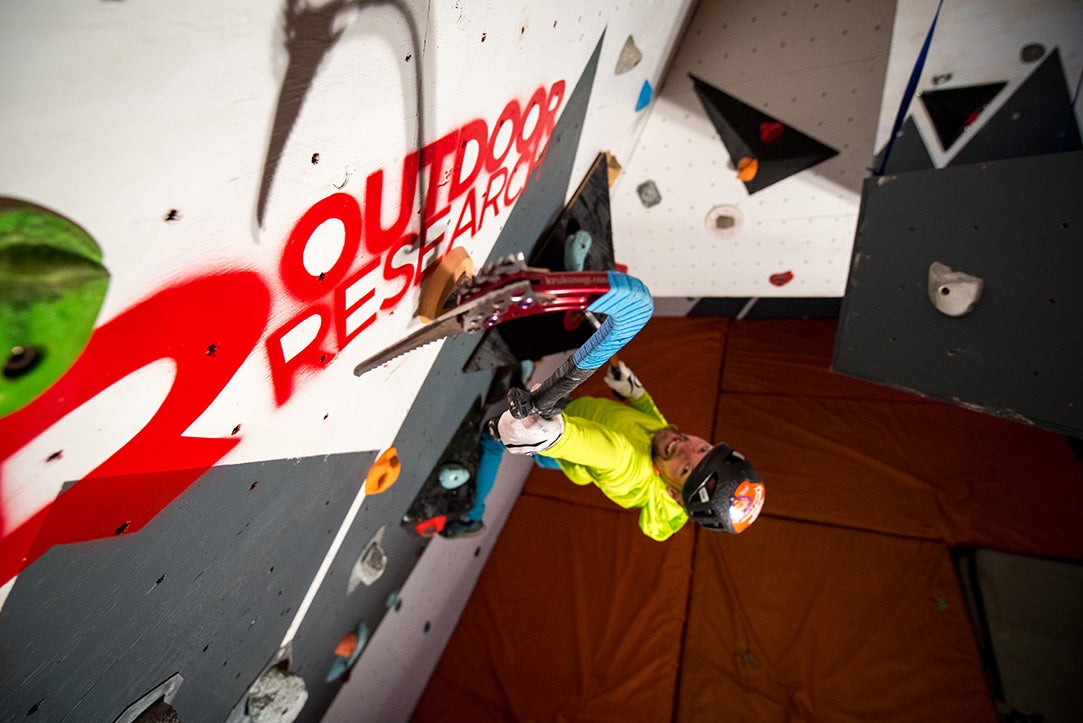 I’ve spent years trying to perfect training plans, building mental toughness and learning the fine art of competing. But in the last few years, life has been full-er.  More stress, more responsibility, less time. It was harder to focus on my goals. My competition results began to slip, and so did my once-capable state of mind. But with this new opportunity is a new fire, a new level of excitement that feels like when I first began, as though I was preparing for my first competition season ever. What was once lost had returned, in full force.

My training and preparation is different this time around. I’ve refined all of it, including my new structure. A 35-foot arch is now a bouldering wall 16 feet high by 20 feet wide. The angles, holds, height and width, are all perfect.  I’ve changed my strength training, and in the past four months, I’ve seen gains that I’ve never been able to attain. Mentally I feel free from pressure. It’s just me this time, with my coaches and family beside me, just our plan, with no strings attached

“Coming back” isn’t about winning. Yes, the goal is to perform at my best, and with any luck that may lead to something like winning. But more so, it’s about finishing properly. True success to me is coming home with a smile on my face, knowing that I finished what I started.