There are climbing projects—and then there are climbing projects like Storm Giant. Imagine attempting a D16 drytooling route. It's 80 meters long—50 quickdraws start to finish. Half of the climbing is upside down. Imagine sacrificing the more fun types of climbing and training simply to build the endurance for finishing the route. Imagine struggling mentally for three years as to whether you would ever be capable of completing it. And then—imagine the feeling of clipping the chains, having given everything you had, and finally completing the first ascent. What you're picturing? That was Gordon McArthur last week.

After three years of effort, he completed the first ascent of Storm Giant, a route he put up in a cave near his home in Cranbrook—possibly the longest drytooling route in the world. We caught up with him shortly after the ascent to find out more about what it took to complete the route—and how he celebrated finally clipping the chains.

When did this route first become an idea in your mind?

I saw the cave a little over three years ago. The moment I saw it, I knew it had the potential to host the biggest route in the world.

Can you describe the route?

The route is long, and hard. From the moment you leave the ground, it becomes a journey. Mentally you need to stay stable, navigating 100 or so moves, clipping 50+ quickdraws, climbing for 80+ meters. It's upside down for a long ways. 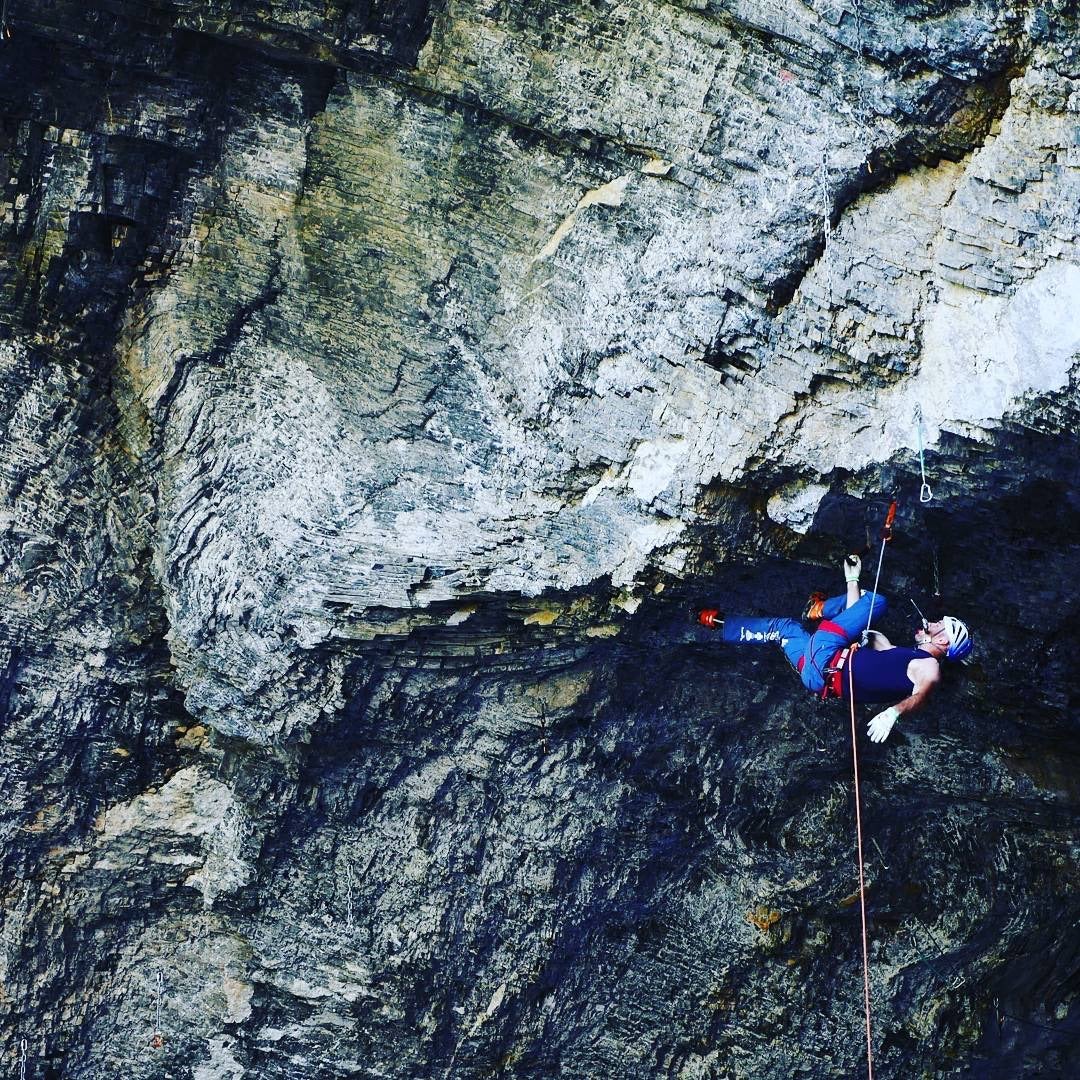 What did you do if you had the thought that you might not be able to do it?

The thought of not being able to do it haunted me for years. Every time I'd fall, the notion of "impossible" crossed my mind. But every time I'd fall or fail "off the route," there was something inside that kept me going: the belief that maybe I was capable. Plus, people around me—family, friends, coaches—kept encouraging me to keep going. So I knew i couldn't give up.

What was the most challenging part of the route for you?

The most challenging part of the route was holding it together mentally. Especially in the final 15 meters, being so tired (mentally and physically), I had to keep it together, I had to keep believing that the end would come.

What has your physical training been like to get to this point? Can you tell me what you were doing to train for endurance?

The physical training for this was very dedicated. I needed to focus all my training into this style. I love rock climbing, world cup style climbing, and all the training that goes along with that, but it all needed to be put on hold. And that, too, was a challenge, because I love training, especially for world cup style "tool" climbing. So many hours working endurance ... which is sooooooo boring. But you needed to keep the bigger picture in mind, which allowed me to slog through all the training sessions. 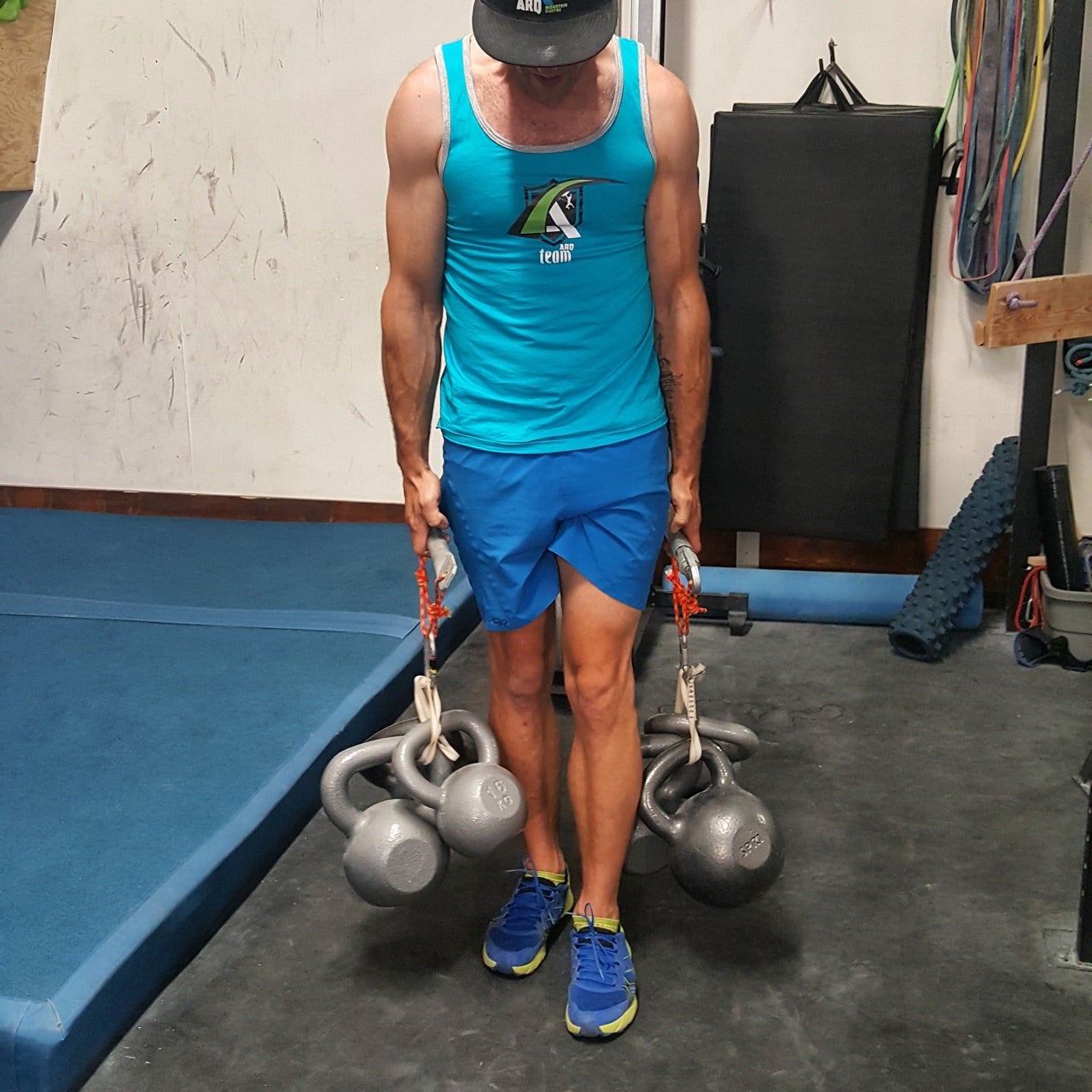 For the endurance part, I just spent a lot of time on my tools. In my backyard I would have 45-minunte circuits that I would do once or twice per session, 3 times per week. Then, of course at the cave, every lap on the route was training, too. But that was a matter of being consistent in going to the actual cave. When I was getting closer, it was just cave time. One day on, one day off, two days on, two days off. Repeated until the send. Myself and my coach also came up with an exercise where I would hold a bar, roughly the shape of my axe a handle, and add a ton of weight to it (got up to about 200 pounds per arm), and would try to hold the bar with a closed hand crimp, until my hand would slowly open, fighting, then failing. I would do this for 30 seconds, for three to five rounds, twice per week. The theory was that if i gained more grip power, I wouldn't fail as quickly when on the route. Because failure on the route came down to not being able to hold onto my tools for long enough.

What was the crux of the route for you?

Throughout the route, there are a lot of huge moves, as well as a few super techy moves. I sort of had three cruxes throughout. In each crux, for a long time, the probability of getting through them, was pretty low. But as I got used to the route more, I was getting more consistent. Closer to the end, there's a crux that shut me down for a while. It's a really big move that requires a lot of power, and when you've been climbing for about 45 minutes already, upside down, you have to dig extra deep to pull it off. That held me back for a while. The only thing that got me through it was skipping the quick draw at that move, allowing me just a little bit of saved energy to pull the move. It made all the difference on the send. When you add a whole pile of hard moves on top of each other, your body needs to be able to sustain such a beating. So yeah, that could also be considered a crux, amongst many. 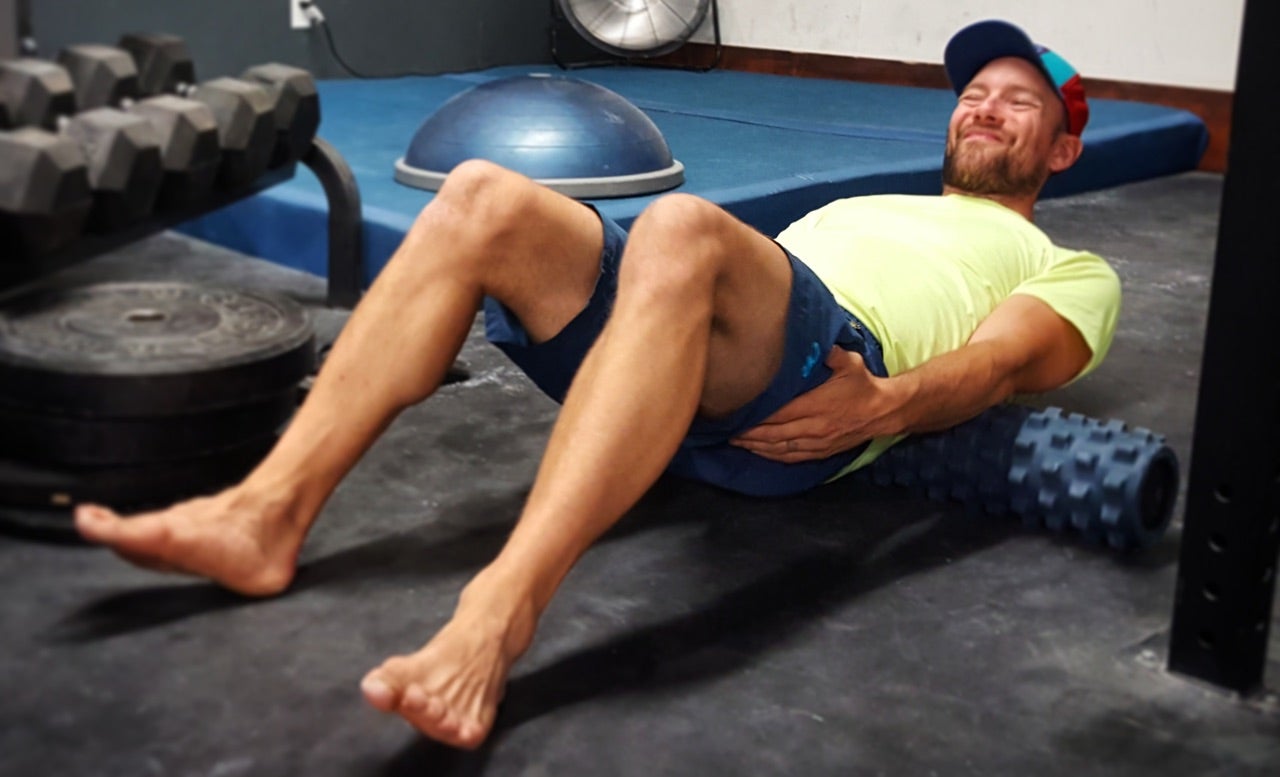 What about mental training? How did you approach this project?

The mental training is always the toughest. Keeping the belief alive was by far the biggest challenge. For over a year there was no progress. Through that time, staying with it, there were certainly times when I wanted to fully give up on the route. But again, there was always this little part of me that wouldn't let go, that allowed me the mental fortitude to keep going. 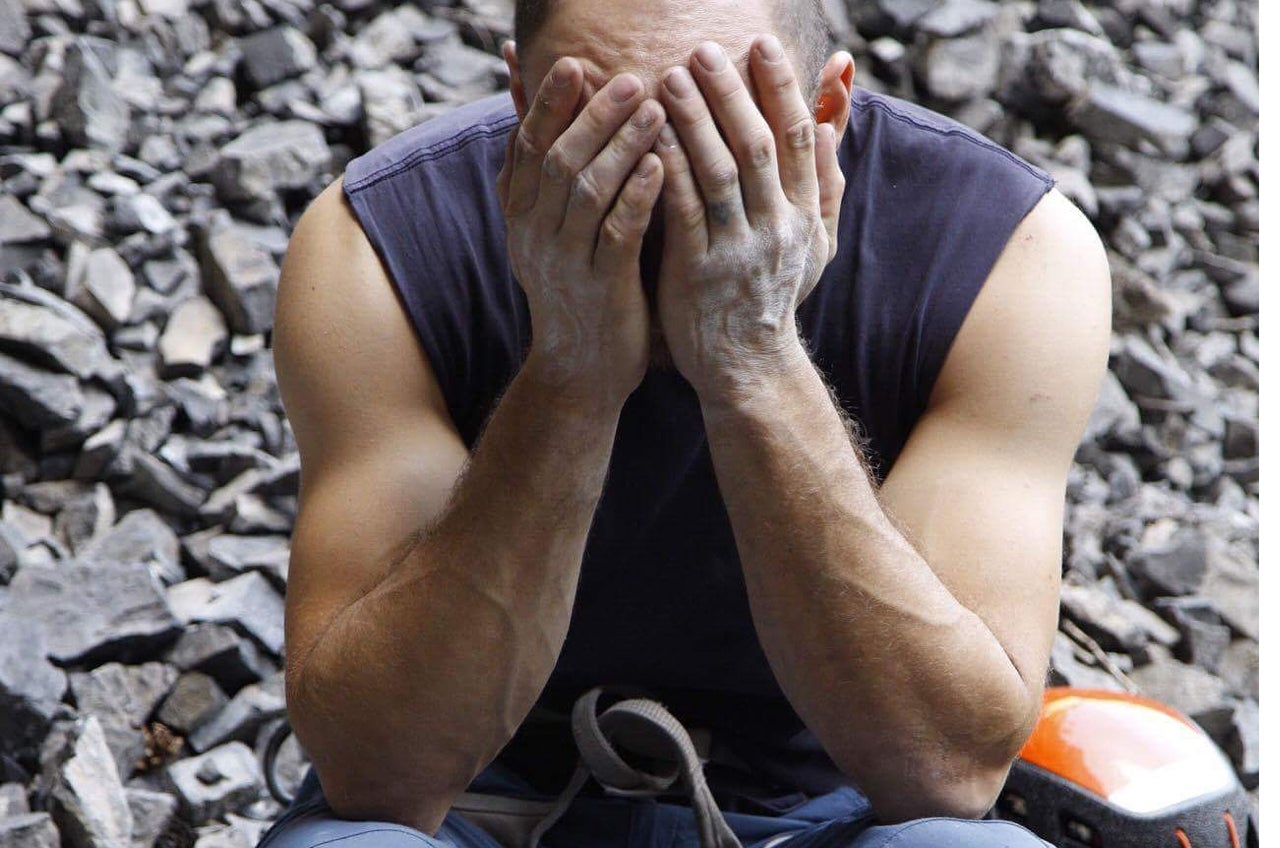 What were you thinking when you clipped the chains? How did you celebrate?

That moment, coming to the chains, everything disappeared. It was just me and the final moves and chains. I was calm, collected, and I felt I had superhuman powers, regenerated with all the energy in the world. There was no stopping, no giving up, just the chains and me. And with the rope drag, pulling as hard as I could, I just stayed patient until that click noise. And then I went bananas. All the emotion just came out at once, screaming, yelling and then even crying. It was over, and I did it. It was unbelievable that I had overcome "my" impossible. It was a journey that I stuck with, for years, and then completed. I'm not good and finishing things, and maybe that was the best part—that I finished it.