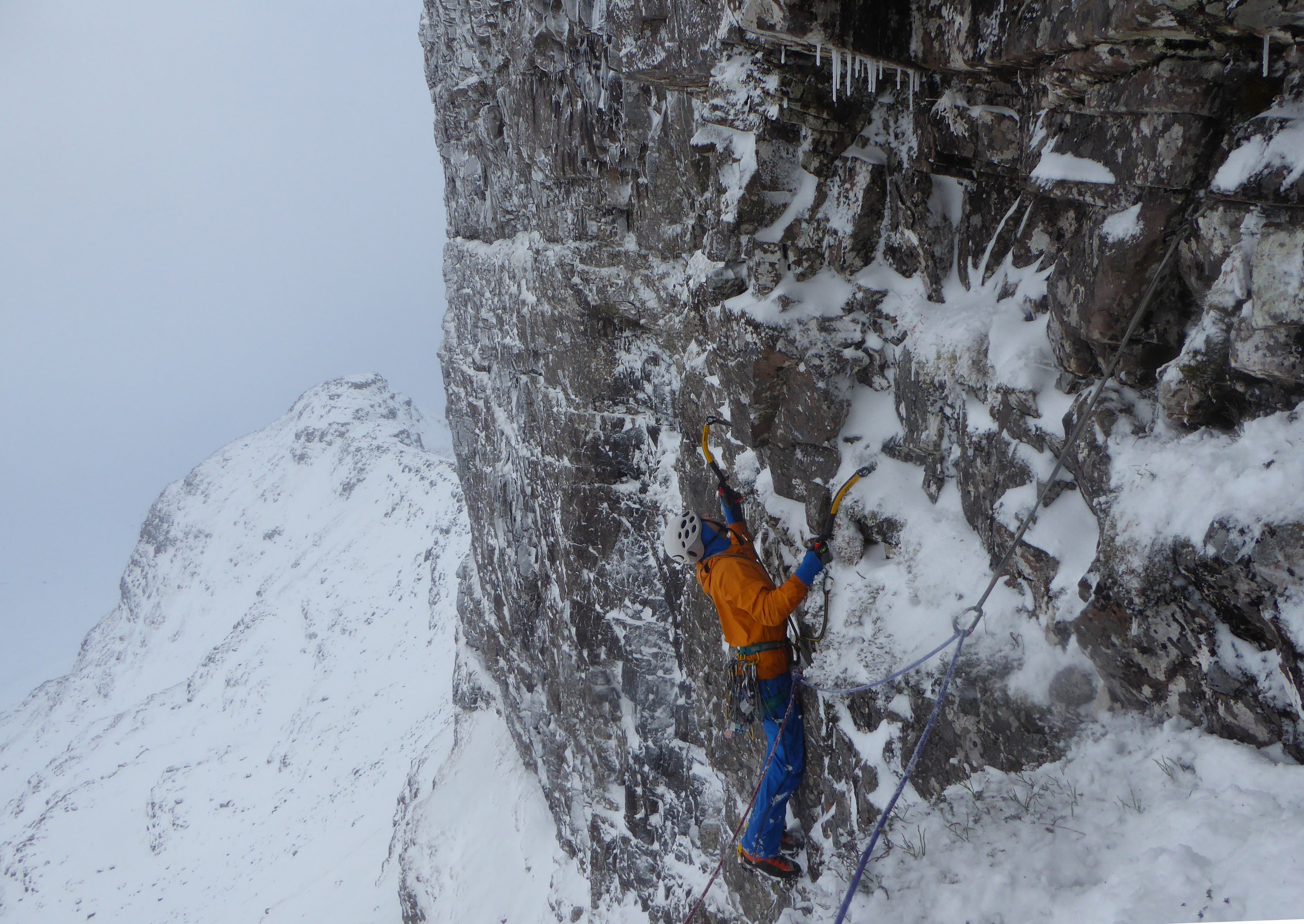 Guy lives with his family in Aberdeen, Scotland, where he works from home as a waste and environmental consultant. He has put up new rock and winter climbs in regions as diverse as Africa, the Middle East, the Alps, Peru, Norway and the Greater Himalaya. However, he guesses it’s for his “domestic” winter activity he’s best known: For many years he’s been actively putting up routes—several every year up to grade X, though he’d like to think his reputation is as much related to quality as it is to difficulty. Guy’s favorite climbs are long, sustained mixed routes in very remote locations—climbed from the ground up with no prior inspection and no fixed gear. Practicing and pre-protecting routes in winter is just plain weird, in his opinion. But he admits he’s a product of his environment—and it’s fair to say that a committing and adventurous approach encapsulates what Scottish winter climbing is really all about.