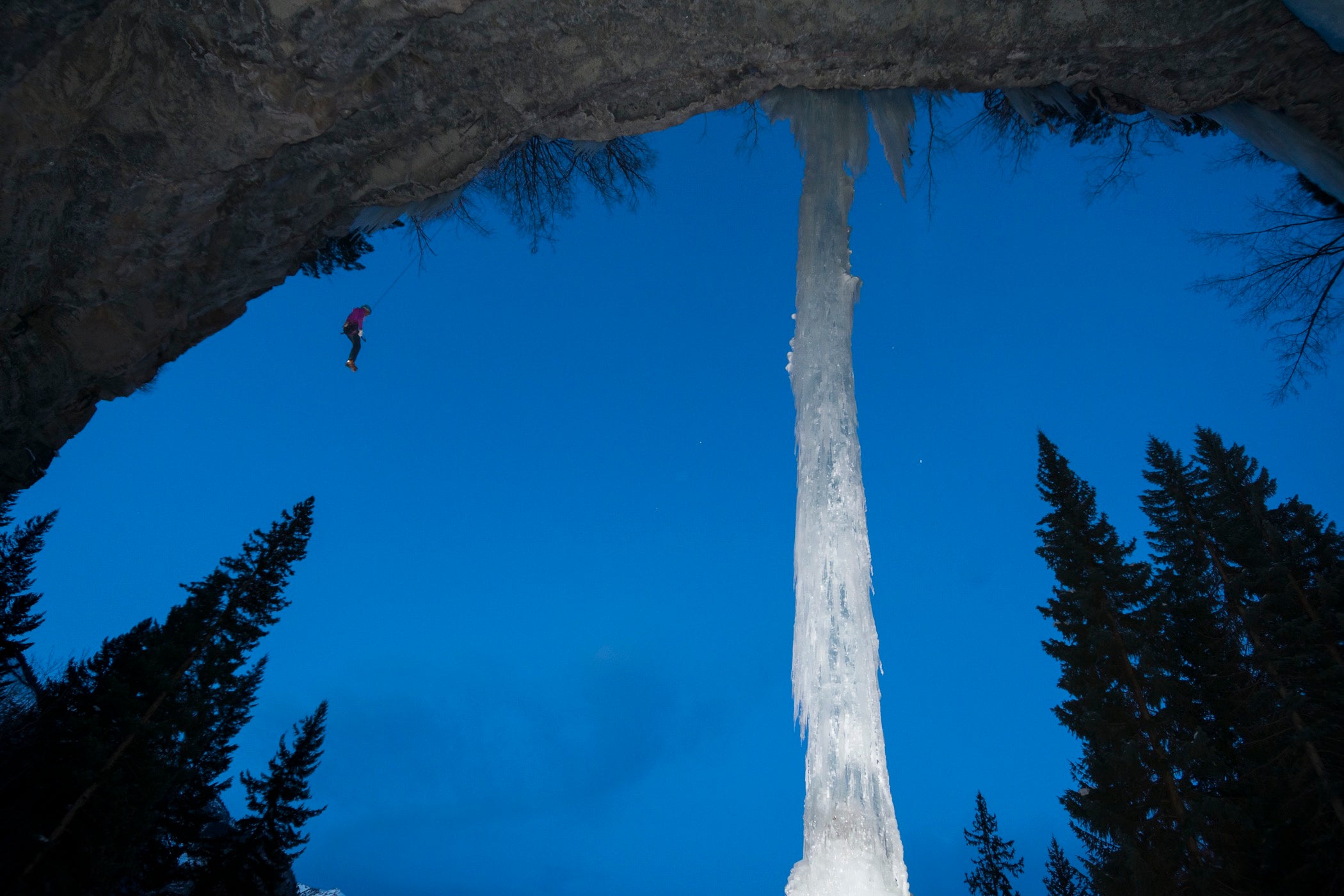 I used to stand in front of the mirror and curiously pull out the odd white hairs from my temple. They were strays and surely didn’t belong on my head. But those grey hairs have cropped up steadily in the past few months. Things have been different.

Shortly after I turned 41 this past September, I’d just come home from a great day of climbing and was eating dinner when the phone rang from my sister. She told me to come home now—Mom was in the hospital. We got in the car and drove to the airport immediately. The nurse put the phone to my mom’s ear for me, but she wasn't conscious. I spoke to her anyway, telling her to hang on and that I loved her. She passed an hour before my plane boarded and I never had the chance to see her. A vibrant, healthy woman, full of zest for life, was robbed from the earth and from my life in mere moments without warning or reason. Everything in life now reminds me of her. Every moment I live has her memory stamped on it. This is a good thing—I just crave the opportunity to create more. 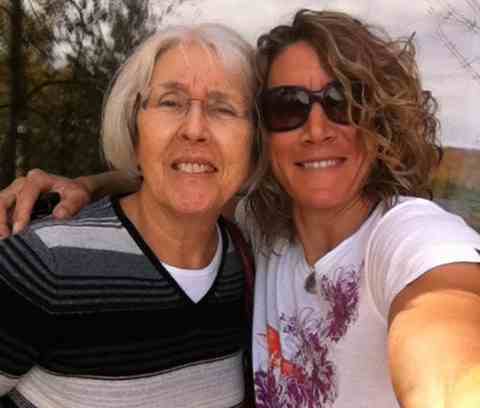 At first, my climbing wasn't super affected, but now, after a few months, I feel it affects me more and more. Early last year, Will Gadd and I had just climbed Niagara Falls and were off to the post-Oscars Vanity Fair party in L.A. as a quirky result of that accomplishment. I had really wanted to visit Vail since Will Mayo put up some new mixed lines there, so I tossed my fruit boots in with my new stilettos for a crazy “mixed” journey.

I found some great folks in Colorado to climb with during my three days in Vail and managed to climb Stratocastor (M13) in one day and onsight King Cobra (M10). I belayed Ryan Vachon on his send of the Mustang (M14-) and was fully inspired, but didn’t try it myself—but it stuck with me.

This year I returned to Vail with Will. I felt like I had unfinished business. It wasn’t so much about the alluring grade of the Mustang, but more the fact that I hadn’t even let myself try it last year. I was curious to test myself now. And Will was one of the early pioneers of mixed climbing at Vail, so he was curious and excited to try some of the new routes there.

Tying in, I thought about how the last time I’d been there, my mom was still alive. Somehow, revisiting this area—despite it having no actual connection to my mom—reminded me of how time passes, and how little control we have over how long we get to be here.

The Mustang is a beautiful route. It starts with the mixed route Seventh Tentacle, followed by about 20 meters of WI5. From there you traverse the entire lip of the amphitheater—40 meters—and then top out on the thin ice smears of Amphibian. It offers much of what mixed climbing is about: cool exposure, some insecure holds, ice, and the absolute need for endurance and desire. 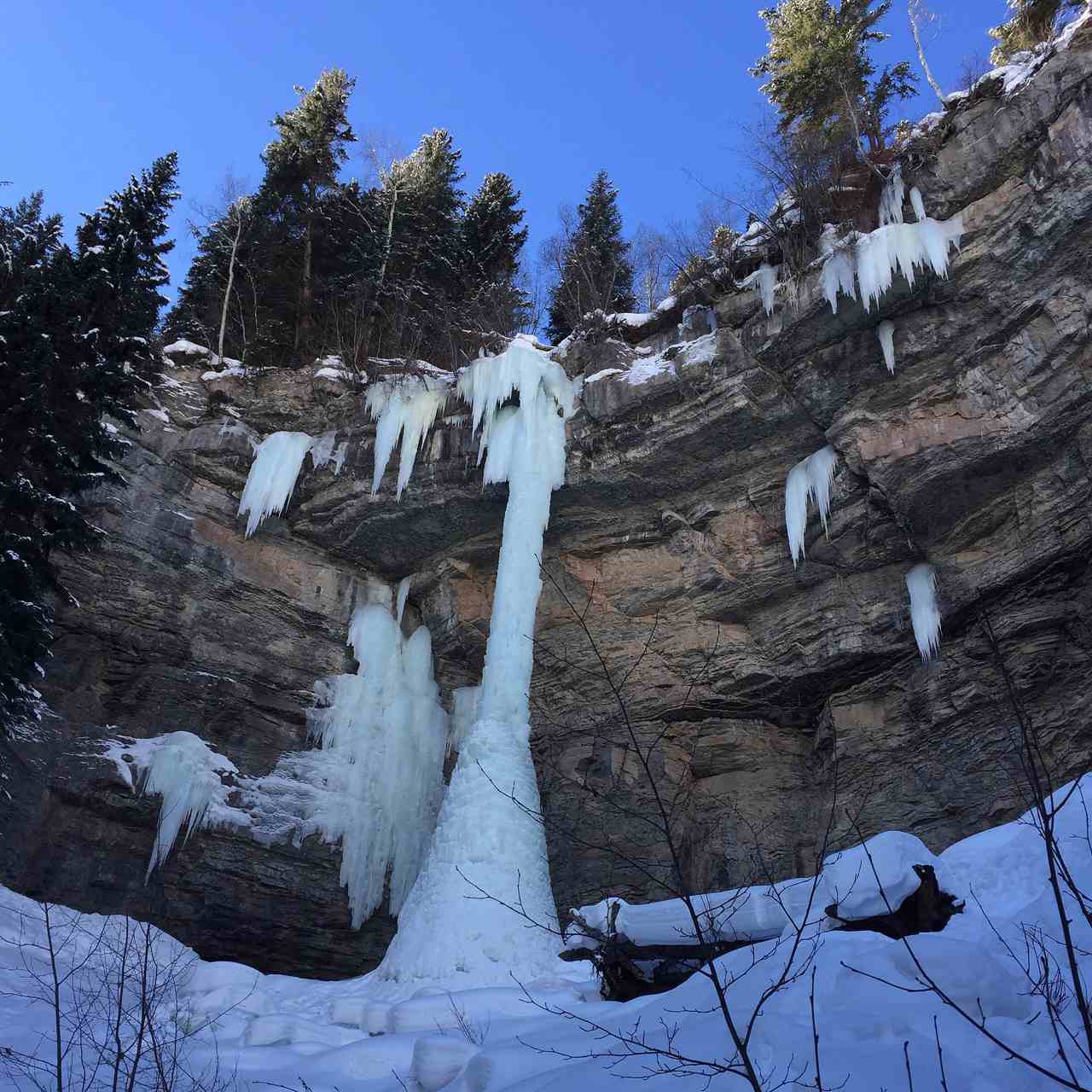 But since my mom’s passing, I’ve wavered on a daily basis with my ability and desire to try. Some days I just don’t care, let alone want to try hard anymore. My body and heart are tired of being tired.

I belayed Will as he sent the Mustang on his second try. The crowds of the weekend were out and many rock and ice scratchers, including myself, watched in awe of his speedy ascent. I wasn’t feeling 100 percent, so I took the day off and belayed and cheered and then headed back to the condo for some Theraflu and 12 hours of sleep. The next day, I knew I really only had that day to do it. I had the choice to try or not to try. As in everything in life, that’s really the only choice we have.

I decided to try. And on the third go, I found myself resting at the halfway point, feeling pretty good. Resting is crucial to lower one’s heart rate and get strength back. It can also be a time to settle your mind—or to let it play all sorts of games on you. 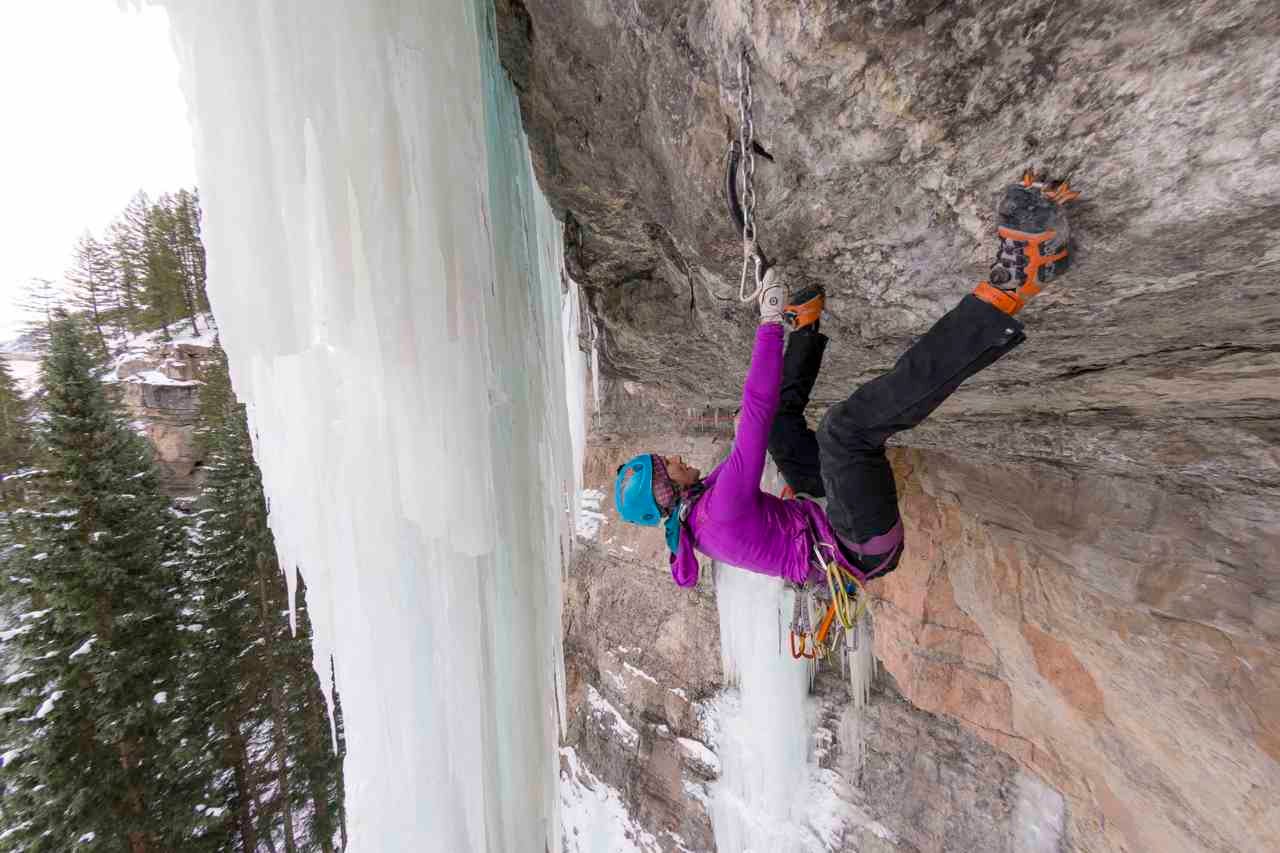 I shook out and contemplated many things that would likely be better considered with both feet firmly on the ground: I thought about the point of all of this. I thought about life and death. I thought about my mom cheering me on as a fourth-grade student running the 3,000-meter race. I fought back tears. I wondered why, and if it mattered to me whether I finished the route or not, and if my head was strong enough to keep holding on.

Climbing enables me to be in the present moment. That’s what’s great about it. You really need to be present to be safe. But these days I don't trust in my ability to stay focused and present because of where the need to grieve takes me without warning. I am afraid that I’ll get myself into a situation that I used to be able to work through, but instead cave in to sadness or fear and not be able to overcome.

I heard Will and Kennan yell up words of encouragement. The light was starting to fade, and pretty soon we would need headlamps to hike out. I took one last shake and continued through the traverse. I was strong enough. I was capable. So I kept climbing, and found myself tip-toeing the final five meters of ice up to the canyon rim. I had become the first woman to climb the route, and the first North American woman to climb M14-, along with a small handful of men and women in the world.

At the top, some of the other ascensionists had taken the glory whipper. I contemplated the ugly taste of this move for some time—I hate to fall—and decided not to add to my greying hair and simply down climb and lower. I had overcome enough already. 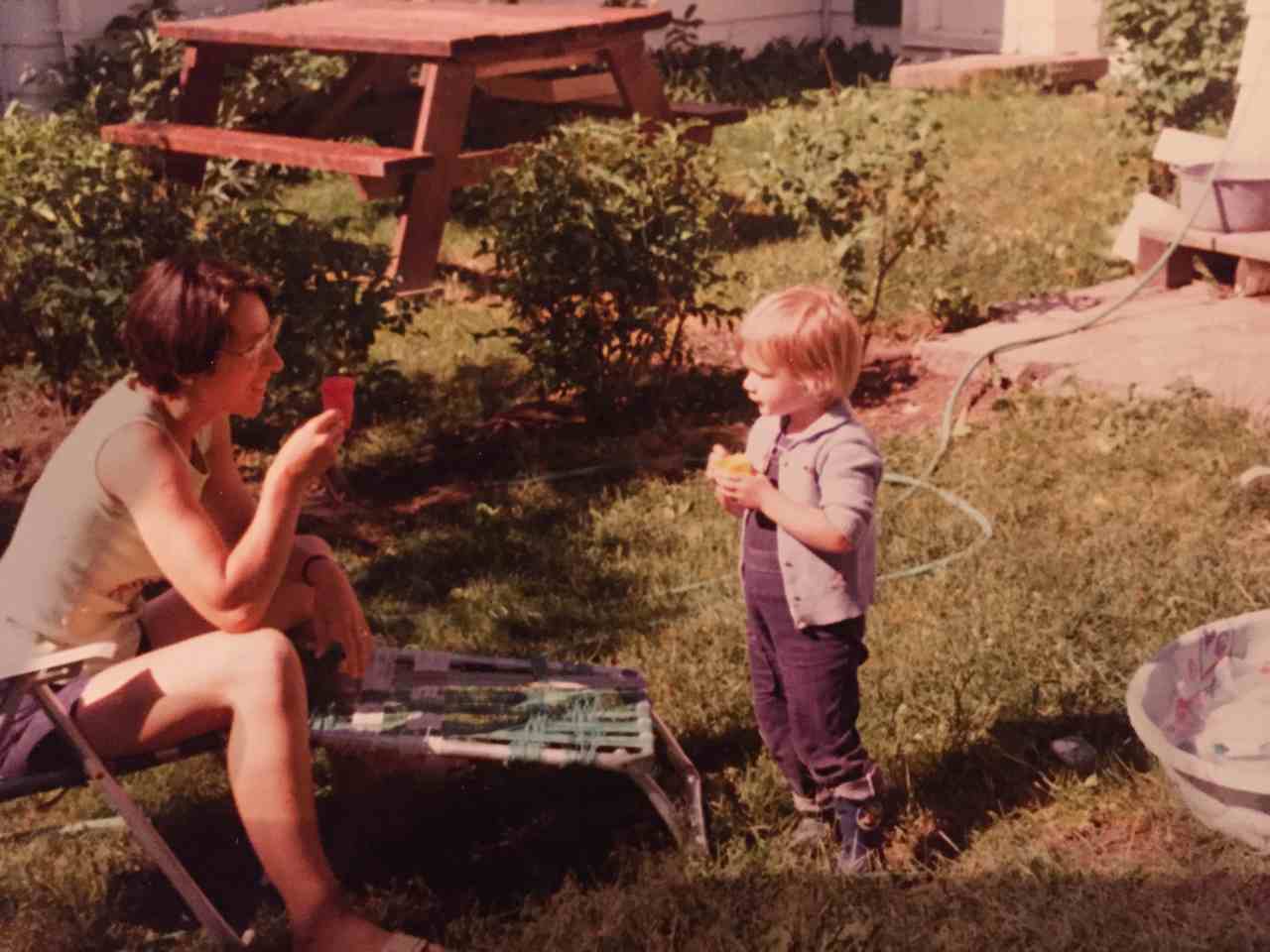 Reward from climbing is always short-term and fleeting, but I find it more so now. I'll feel good about something momentarily and then the reality of my mom being gone comes over me, and nothing matters anymore. I also ask myself more often if things are worth it. I treasure the life Mom gave me and don't want to disrespect the gift of life. That may sound like I was a daredevil before—I wasn’t, but now I seem to see risk with bigger glasses, and question if I want to take it more.

Running down the trail back to the car, I felt a brief sense of calm. It wasn’t exhilaration or psyche—more a settling. I had seen something through. Sometimes in life, that is enough. I knew it wasn’t the hardest thing I’d ever done, but in some ways, it was. Sometimes just the act of showing up and pushing through the challenges, whatever they are for you, is true success. The outcome isn’t always in our control, but our attitude toward the process is.

My mom would always keep magazine clippings and pictures of my accomplishments. She didn’t fully understand my sport, but she was invariably proud of me. I felt sadness knowing I couldn’t share this one with her in the way I used to. The calmness I felt came in the realization that it was she who helped instill the attitude that allowed me to push and try and believe. And so, in the most relevant way, she had already shared all of it with me.