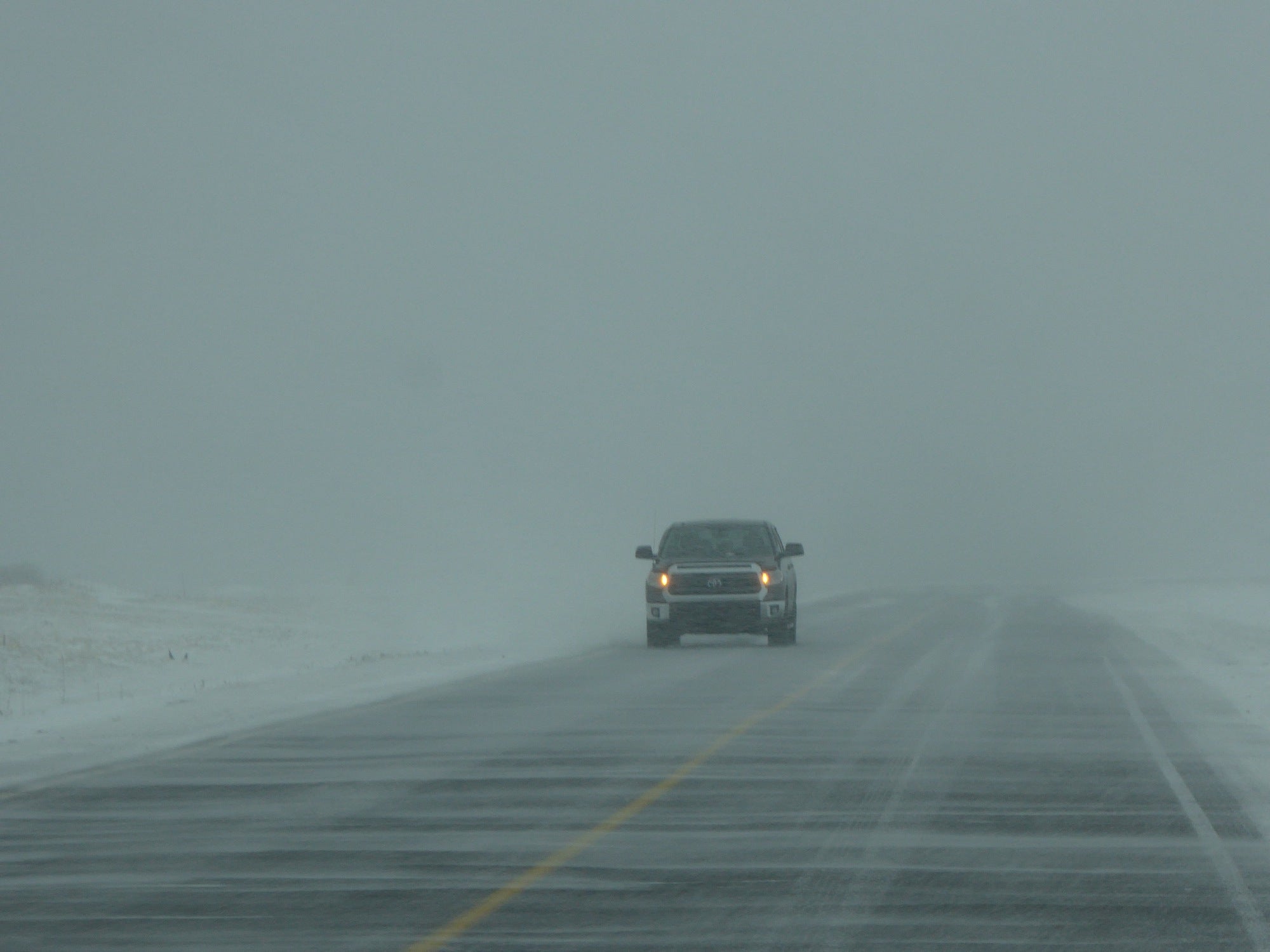 In the same way that single malt whisky is never going to be the drink of choice for alcoholics, winter climbing in Newfoundland is never likely to be popular amongst regular winter climbers. The exception to this, I suppose, might be the many untapped crags and smaller routes along the coastal fringes. For the true connoisseur, however, the higher mountain routes on the island are the crème de la crème of winter climbing adventure. It’s a long way from home, it’s wild and uncharted, it’s logistically challenging, and the lines are super strong. If I died tomorrow and went to winter climbing heaven, I reckon it might look a lot like Newfy. 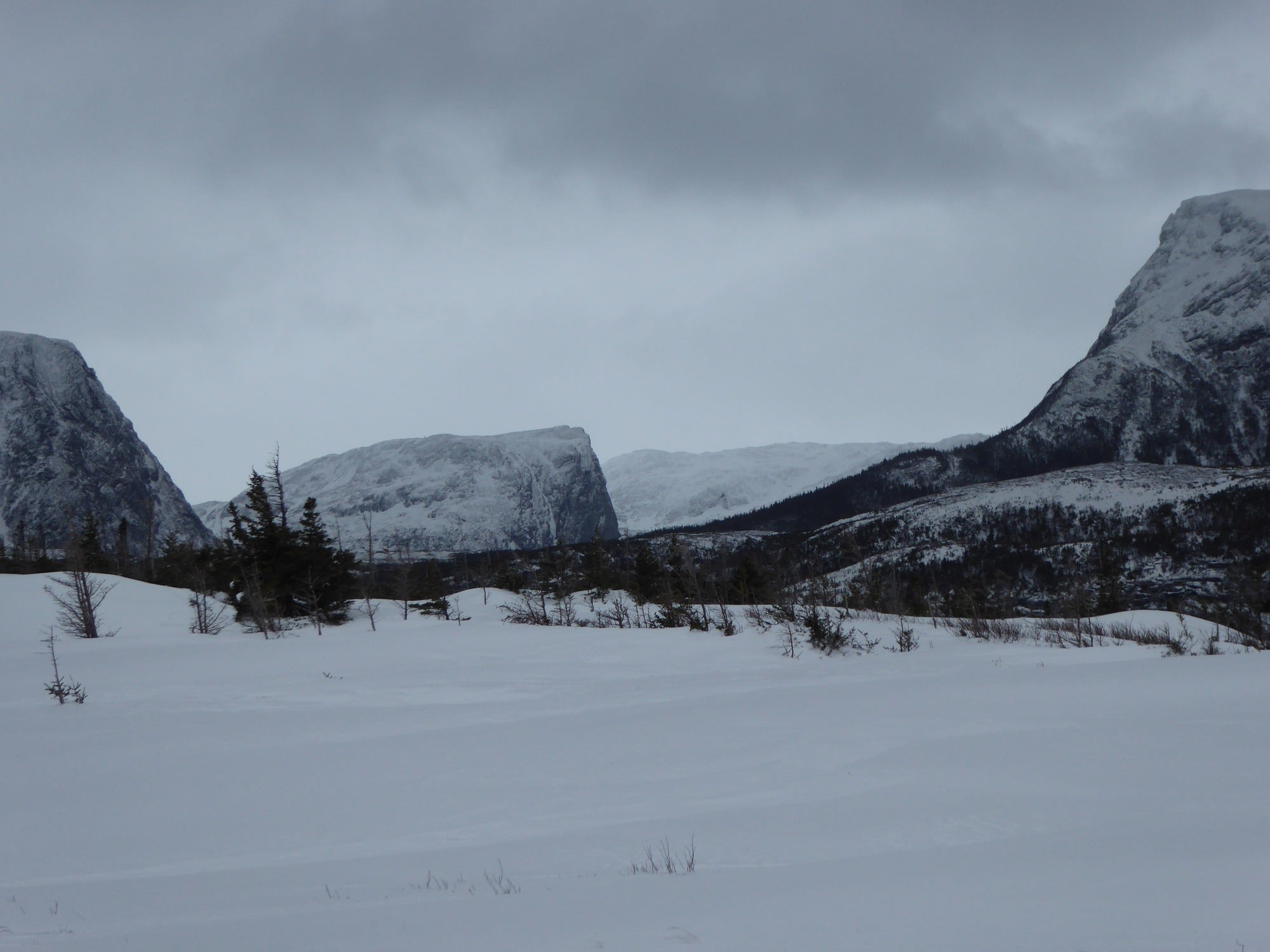 The weather is interesting, to say the least. Precipitation is more than 75% likely, on a daily basis, from November through to April. In fact, the statistics tell us that a cloudy sky is more than 90% likely all year round. The wind is constantly shifting through 360 degrees, and it’s cold and snowy enough most of the time in winter that even the slightest bit of wind raises a ground blizzard that makes any form of off-road travel very challenging. 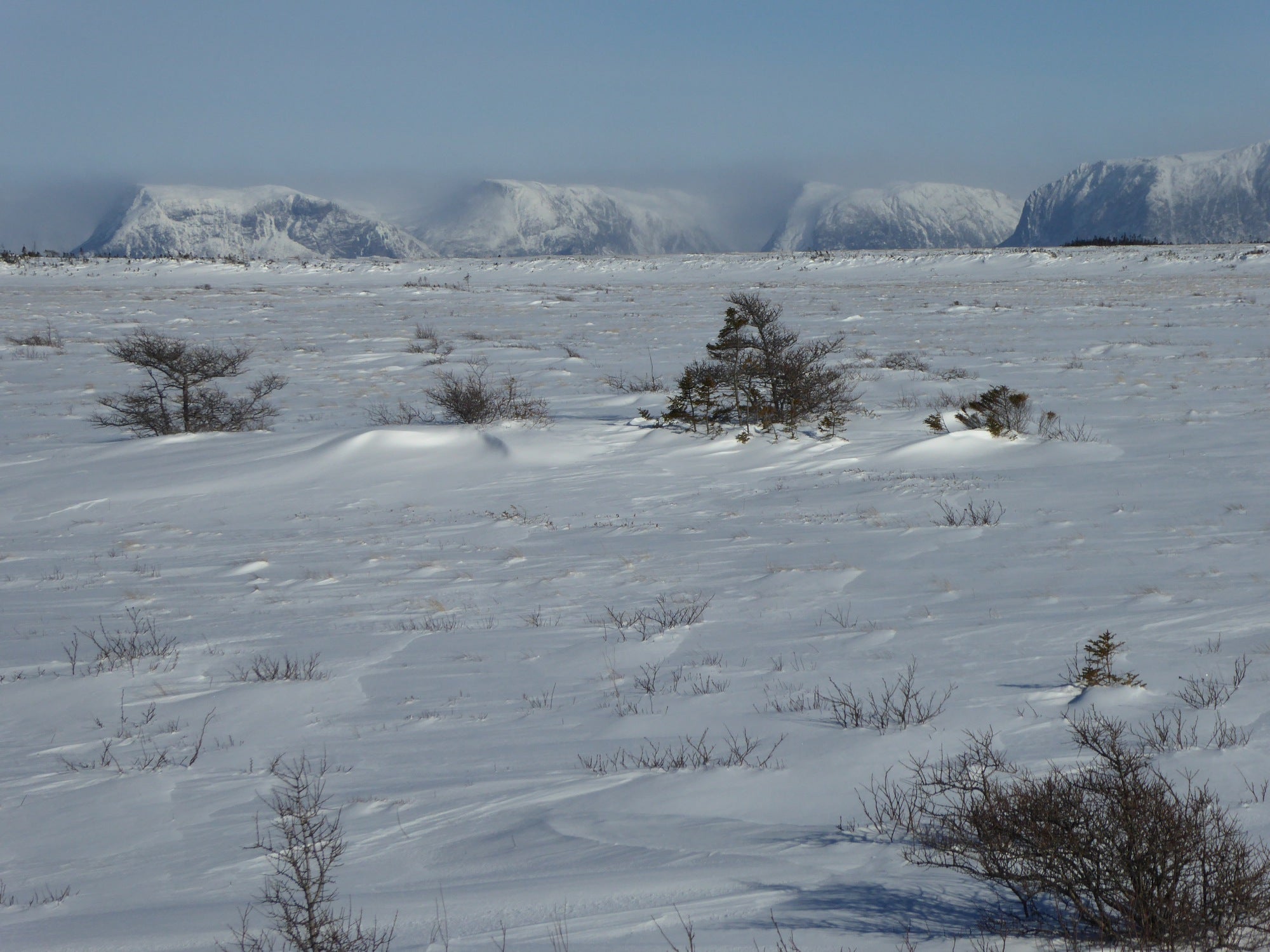 The approaches are not straightforward. For most of the established climbing venues a snowmobile is essential, as the first part of the approaches involve crossing large bodies of frozen water, the great “ponds” that give access to the steep fjords and inner gulches. Once across the outer pond, prepare for some steeper and more involved snowmobile terrain through thick forest scrub to gain the inner ponds. When we were there, access to the inner ponds by snowmobile wasn’t possible as the snow wasn’t that deep, so a two- to four-hour cross-country ski was the only practicable option. Either way, it’s quickly apparent that just getting to your route, let alone assessing its condition and climbing it, can be a major challenge in itself. There are alternative approaches, like getting an experienced local snowmobile driver to take you up onto the plateaux to set up basecamp, but this would be a bit like camping at the North Pole, definitely not for the faint hearted. 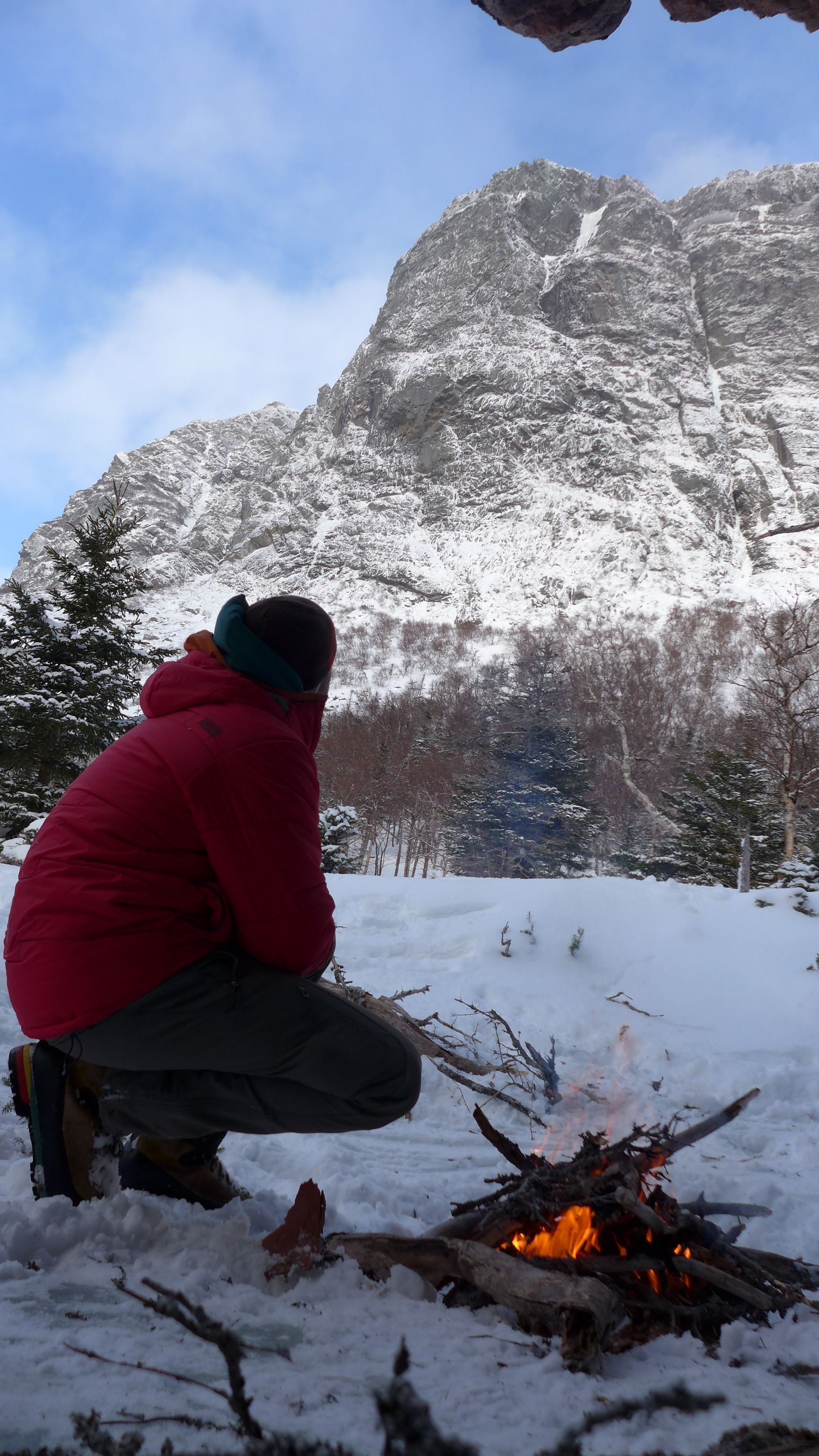 The one exception to all of this seems to be the relatively well-trodden area of Ten Mile Pond, where snowmobile access to the base of the routes appears relatively straightforward. But surely if you’re going all the way to Newfy, and you’re prepared to strap it on, it’s got to be worth making that bit of extra effort and looking beyond the well-trodden path? 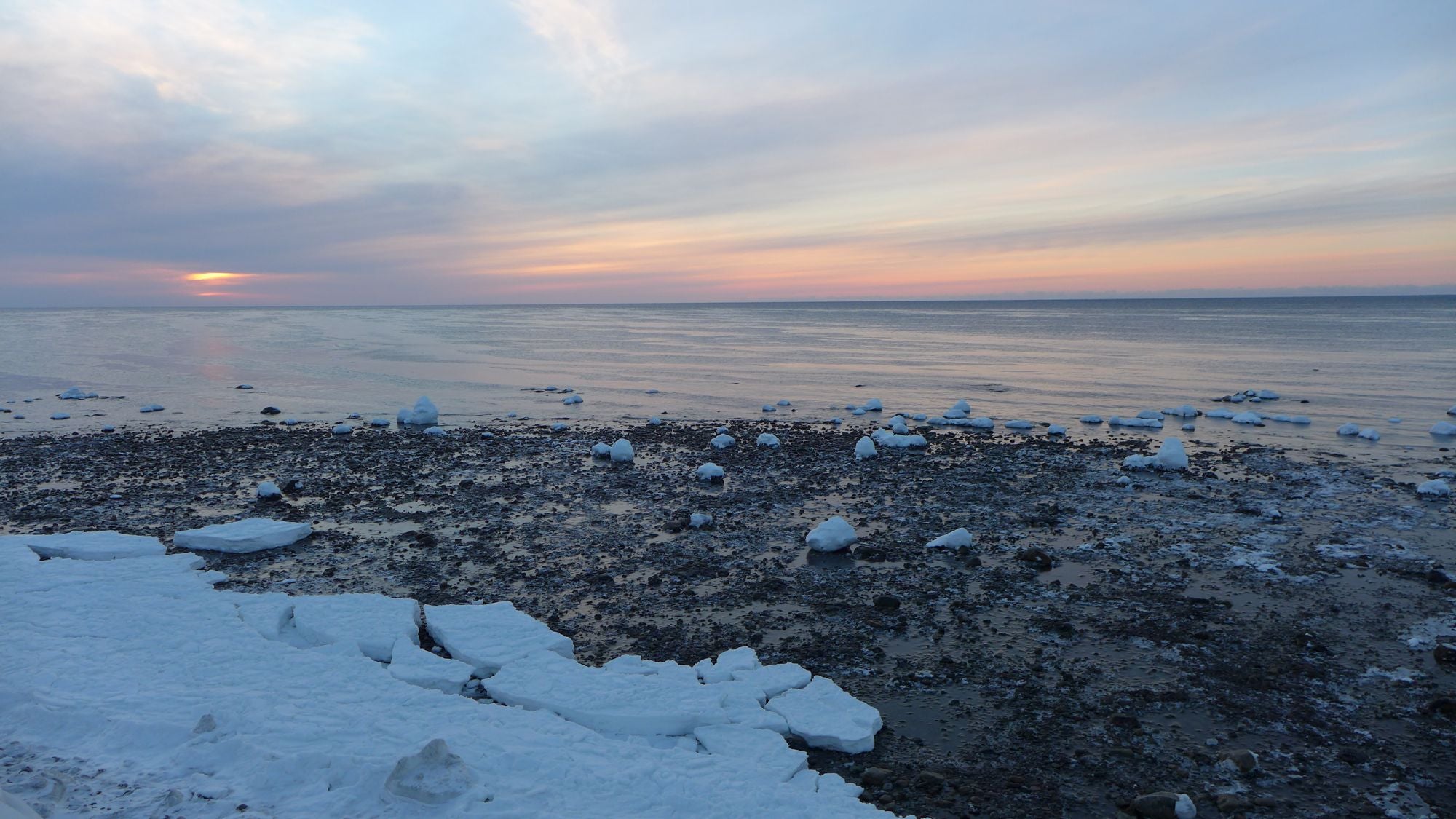 The climbing itself requires an adventurous soul. There are no guidebooks, and no route descriptions or topos, so every ascent may as well be a first. You will have to rely entirely and confidently on your eye for a line and all that you’ve learned from your previous winter experience. Fortunately, finding a line is rarely difficult. The steep retaining side and headwalls of the great fjords are sliced periodically by dramatic chasms, gullies, icefalls and curtains, occasionally broken by steeper and more complicated mixed terrain liberally festooned with ice smears, columns and daggers.