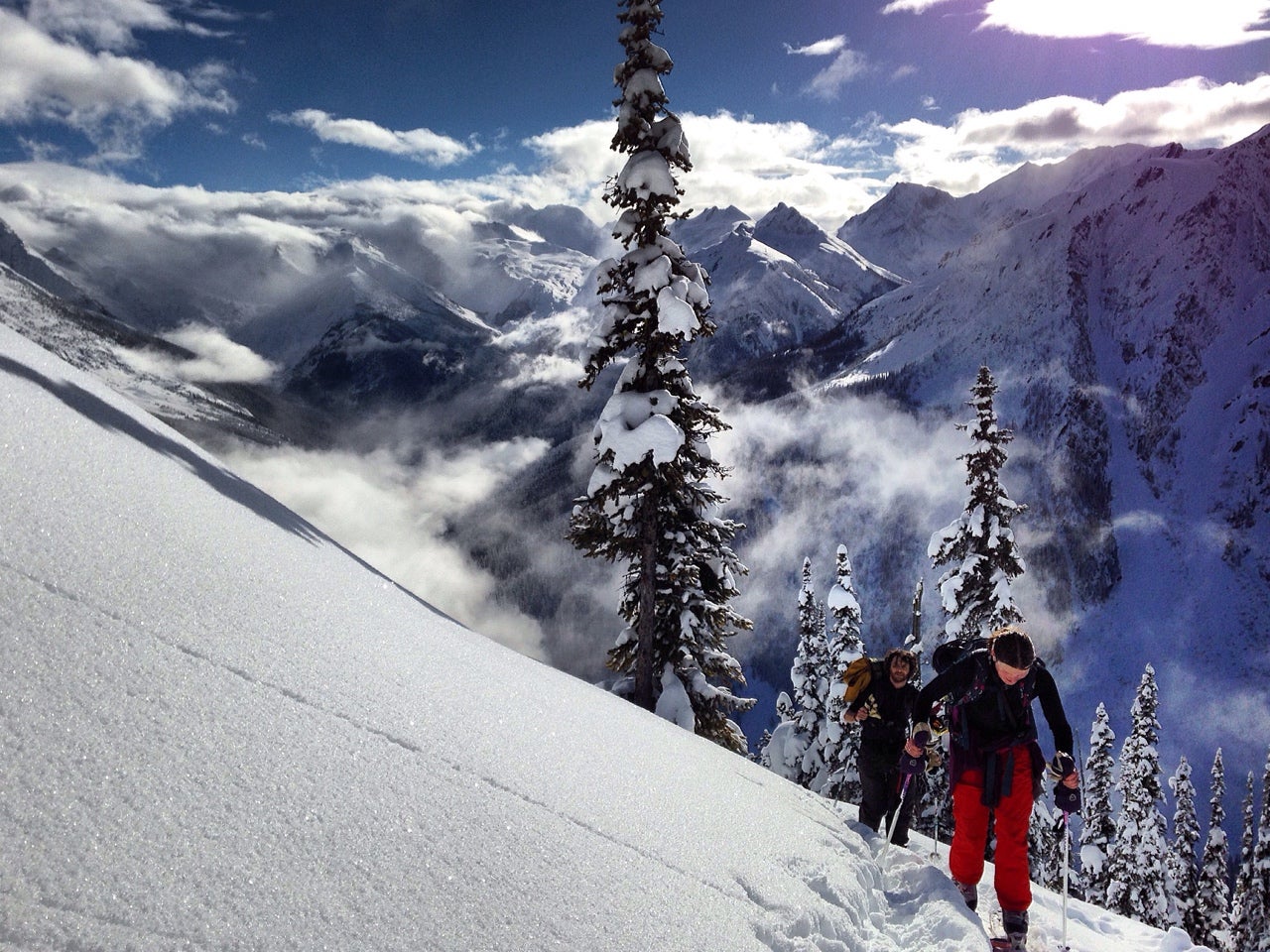 First, let’s get things straight: I’m no slouch of skier. My ski education took place at Missoula’s Snowbowl, widely known as a treasure hunt for a consistent fall line and challenging melt-freeze southern exposure; as well as the backcountry of Montana’s Rocky Mountains, famous for white-knuckle lines in questionable conditions.

Last winter I started dating a guy who’s an exponentially better skier than I am. I didn’t know on our accidental first date—when we got stuck on the Snowbowl lift together for 45 minutes and rappel-rescued by ski patrol—that he’s actually a local ski legend.

While I was impressed by this, our ability divide also triggered issues about shared ski adventures, risk tolerance, and insecurities (on my part, obviously). At the start of our relationship, I let this dynamic play hell on my perception of myself as a good skier.

On day one of a weekend in Montana’s remote Beaverheads, we rolled out of our tent into the freezing dawn and shouldered backpacks for an attempt at one of the beautiful alpine lines we’d been eyeing from the campsite. A couple miles later, we got our first good look at the steep, exposed, bulletproof face. He was casual and relaxed as we strapped our skis on our packs—I was a bit more subdued as I assessed the conditions against my ability level.

We started hiking up the frozen avalanche debris like a staircase until it dwindled, then kicked steps into the icy face. As the angle sharpened and the exposure increased, my fear of heights reared its ugly head and my heartbeat kicked into overdrive. 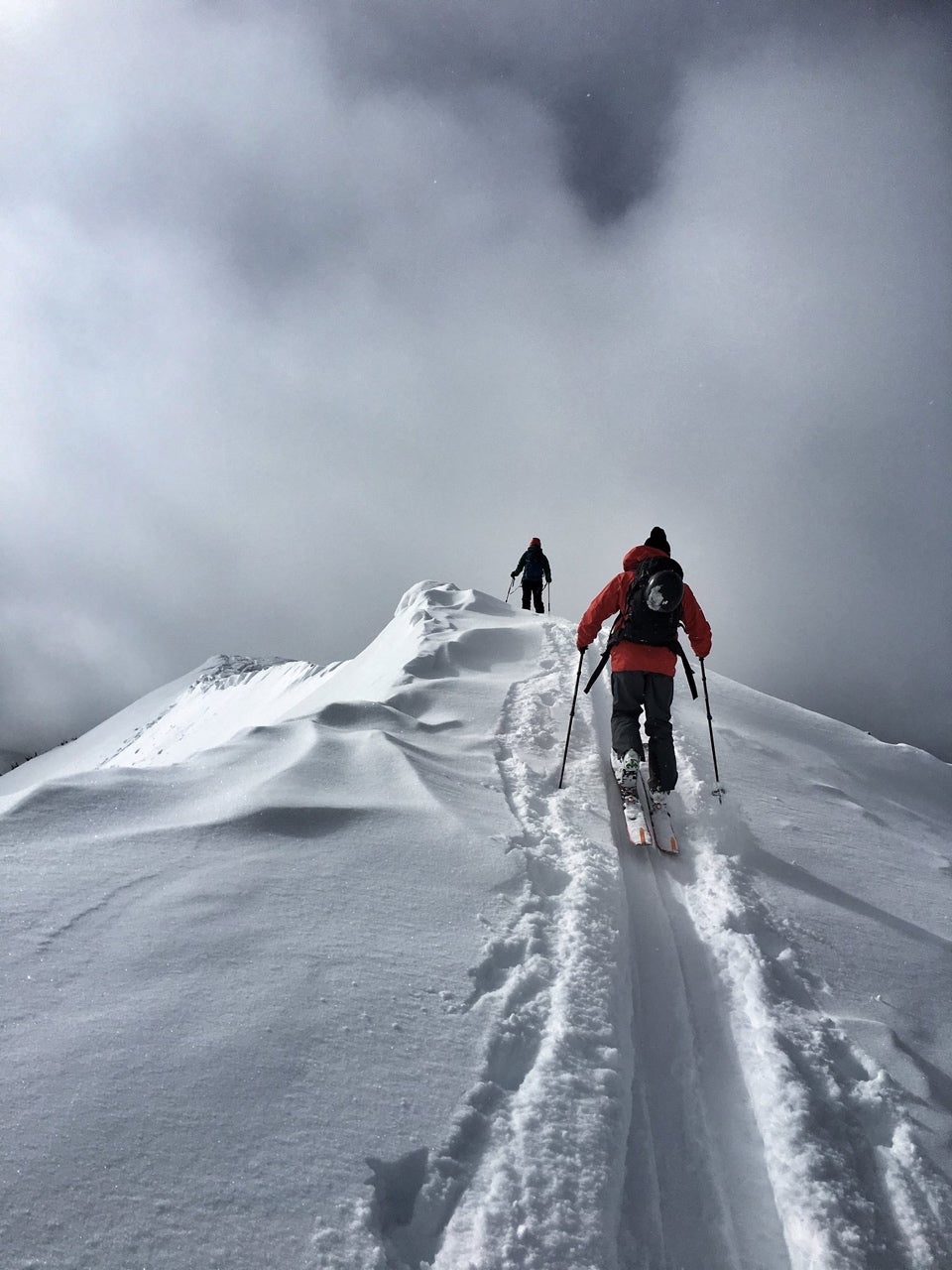 Usually I can control this fear, but coupled with the still-frozen snow (which makes for an iffy self-arrest without an ice ax), it sidelined me to the safety of a narrow talus strip. I sat there watching him ascend away from me, confidently kicking steps into the face with his a-framed skis swaying on his back, to the top of a line that I couldn’t bring myself to conquer.

He did a set of acrobatics at the top to get his skis on, linked turns on the bullet-proof steep like it was a groomed run, and then skidded to a stop next to me with a giant smile on his face. Cue feelings of inadequacy that tainted the rest of my weekend.

I sat with this for a while until I decided that I could A) wallow in my lesser ability and allow it to prevent us from skiing together, or B) learn from it and become a stronger skier. Since pity parties are only fun for about 30 seconds, I went for option B on our next backcountry adventure.

Warren Peak sits at 10,463 feet in the Pintlers, a hallowed mountain in the annals of Montana ski touring. A three-mile approach brought us to a good view of what’s widely known as the best run on the face, which is (you guessed it) steep, exposed, and a glorious line.

He was determined that, based on my ability, I could do it. I was determined to keep my ego under control and allow myself to be open to learning from a better skier, boyfriend or not.

I’m not going to lie: I sweat through that boot pack a lot more than the temperature warranted and even thought about bowing out once or twice. But he was patient, logically talking me through conditions and physics and technique.

This time, because I was open to learning from our dynamic, we stood next to each other on top of that beautiful line and skied its entirety together—he much more gracefully than me. But because I’d finally accepted that it wasn’t a competition, I could actually appreciate his grace.

Back at the truck with cold beers in hand, we celebrated our shared adventure. And it was a hell of a lot more fun than a pity party. 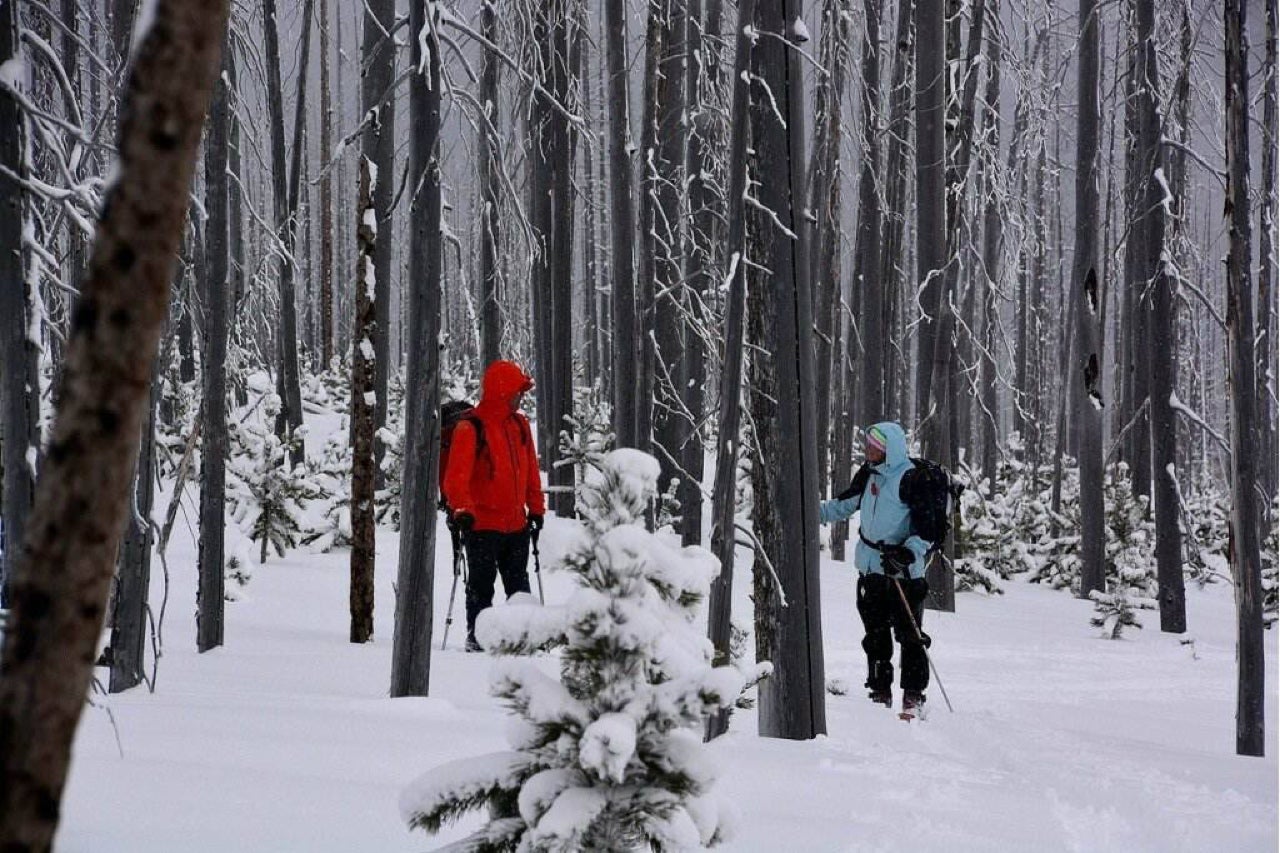