Hold The Swing (Music) At The Crag 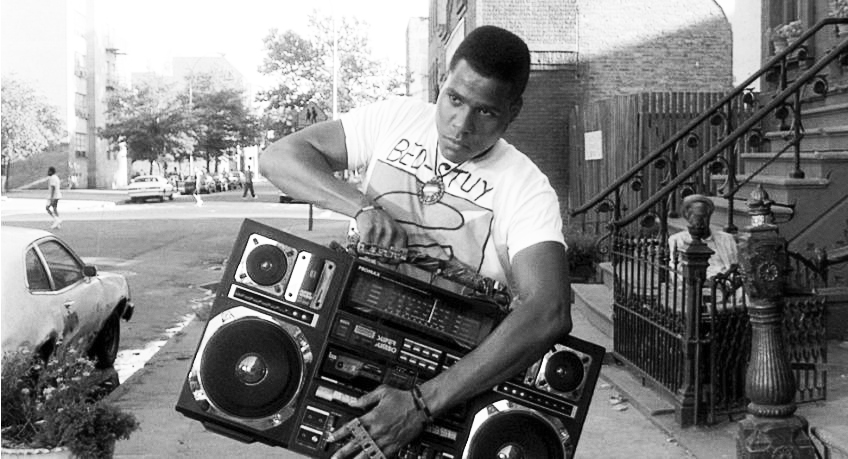 “Holding the swing” might seem an odd colloquialization to some, but in fact it’s such a straight-forward rock climbing mission statement it’s found its way into nearly every bouldering session, ever. Feet are totally solid, bro! Breathe, man! Tight core! Alright…hold the swing! Holding the swing is a very good thing indeed, a crucial step necessary to unlock overhanging sequences or dynamic movements. Holding the swing demands both a reduction in caloric consumption and a knowledge of where to pin the throttle. Too many donuts and you’re Homer Simpson standing in a cave, quizzically fingering the holds that gravity demands you cannot latch. Too much throttle and you fly past your swing and maybe your spotters, too, a carny shot out of a cannon and missing the net. It’s both a delicate and barbarous affair.

Lynn held the swing. We’d just arrived at Every Color You Are, a burly little moderate for muscle-knotted thugs and a stout test-piece for folks who prefer their climbing a bit more vertical. Its anvil forehead juts out from the west rim of the Happy Boulders in Bishop, Calif. It’s a nice place to session, well above the churning masses tinkering with The Hulk, a world-class but always congested affair. By no means secluded, Every Color You Are also hosts crews throughout the day, but another pad and a touch of stoke are always welcome.

Lynn steadied her swing, set her feet and made another couple of moves before plopping down to our stack of pads. “Progress!” she said, tongue out and smiling. “You held the swing,” I said. “Nice job!” Our climbing partners laced up and began the battle as Lynn and I spotted.

With the wind, the stirring of mats and the friendly chatter echoing about, it’s just the seldom howl of a falling or ascending boulderer that makes its way up to the west rim. Increasingly less rare, though, is a thrumming bass beat and weaving synthesizer announcing the arrival of another crew.

I spun around, betraying my spotting responsibilities, and snatched a quick view of six guys unshouldering pads, heads craned and sussing a nearby problem. After our friend spit from the last move (having held the swing), one of the gents strolled up, cradling a huge black speaker system in his arms like some howling baby.

“Our music isn’t going to bother you…is it?” he asked.

“Nah,” I said, quickly looking away and not returning his smile. But also not exactly frowning. Everybody knows that steely stoicism means, That music makes me want to find God and pray to end this sound forever, right? Apparently, no.

The truth is that scores of bystanders, just like me, have probably given this guy a pass. Ergo, he has constructed some awful reasoning that allows him the nonchalant privilege of roaming around a bouldering area cranking ambient house out of a toolbox-sized speaker system. So oblivious is he to the outdoor sensibilities of those around him that he now composes his sentences into manipulations, where a corresponding “no” is a granted and a “yes” puts you in the wrong for having the preciousness to be bothered. And so, because of my timidity, a glow stick beat became the soundtrack of our session.

Listen, I know I’m getting older and possibly more curmudgeonly. I also know that the world is a vastly different, more complicated and individuality-driven place than when I grew up. People are pushed by media warehouses to let their colors fly, destroy the status quo and embrace their special inner unicorn. I get it. Besides the depressing irony that faux-individuality has become a derivative and deceiving profit commodity.

Still, I get it. I hereby state that I support individuality and personal freedom and following one’s own groovy kismet and all that shit.

Here’s the meat of it. When is cultivating your own little Me Sphere too much, especially in the outdoors and specifically when rock climbing?

I’ve climbed around music often, just like everyone who has ever strapped on a harness or unfurled a crash pad. From what I remember, music at the crags was usually an area-dependent sort of deal. For example, don’t piss and moan when Slipknot turns your frontal lobe to steel wool at the Black Hole bouldering area in Morrison, CO. It’s a local hang full of greasy holds, loud music and bare chested bros spraying beta like firemen trapped in pottery kilns. On this year-long trip, however, Lynn and I have arrived at boulders at every area we’ve visited, climbers shouting at one another over the tumbling bass of EDM or dub or whatever the hell it was.

Bishop is by leaps and bounds the worst so far. Gone are the days of bashful mini-speakers, one might rightly assume, in favor of Beats Pills, Bose SoundLinks and any other boom boxes that properly resonate the spine-jangling timbre of Chromeo. Every day, without fail, we run into a crew climbing above a carpet of bass and drums.

I don’t mean to give the impression that I’m targeting certain types of music. Although I’d rather eat my ramen out of a recently filled cat-hole than listen to some of it, I am not. I’m also not saying that music should never find its way into the outdoors.

What I’m essentially concerned with is the preservation of a climbing area as a natural place where, if you want, you can meditate on a rock between goes or read a book after your session or just sit pensively without someone else’s musical aesthetics forcing themselves onto you. Don’t we get enough of that at the local climbing gym? I’ll put up with beta spraying and the occasional bro-down and a climber’s grunts, yowls and wobblers. I’ll do it all with a smile. After all that, though, spare me his musical proclivities.

Music blaring at the crag is a problem. Don’t think so? I have a mind-bending set-list of middle-aged white guy music I’d just love to play for you. While you try to belay your wife or child. As problems go, however, this seems a pretty simple one to solve. The easiest road to equanimity is abstaining from music at the crag. Along with each climber who chooses to confront those blasting their Pills, the climbing gyms need to step up to the educational plate. I reckon someone out there is right now formatting an etiquette and education program for gym climbers, but that’s not the world we live in at present. Removing the rosy colored glasses, three solutions present themselves which, in the interim, can make everyone happy.

First, bring to mind the thought experiment, “If a tree falls in a forest and no one is around to hear it, does it make a sound?” The answer, germane to our current particularity, is who cares. We’re all creatures of perception and if our senses aren’t privy to an event then we remain in blissful, silk-fronded ignorance. By this I mean to say that if you have an entire area or crag to yourself, play your music until your ears bleed. Unless there’s a cranky old bastard like me hiding in the bushes you have no one to offend.

Second, wear headphones if it’s safe (not while belaying and so on). I almost always climb with headphones cranking when on solo missions. Other than seeming weird, stand-offish and wildly anti-social, you’re good to go.

Third – and probably the only way to find any common ground – have the sense to respect the climbers surrounding you. If you must play your music, just ask, in a polite and straight-forward way, if anyone minds. Ask twice. Make sure. The Happys or the Buttermilks or Flagstaff Mountain aren’t exactly untrampled wilderness anymore, but they’re also not the Pearl St. Pedestrian Mall or the local gym. Remember that some people are hunting for an intimacy that they can’t find in the paved world. Likely, they are escaping what you or he or she or I think is cool and necessary. It doesn’t make a lick of difference if it’s indie, EDM, heavy metal or swing.

Well, swing… I mean, always, as a rule, hold the swing…