Honest Thoughts About Life On The Road

It was a series of events that led up to us becoming homeless—or "on the road" by the climbers’ definition. Perhaps the term "always home” is actually a more accurate definition. When home is everywhere, you are always there.

Many climbers dream of the road trip that never ends, and I was one of those climbers; always a road ahead, and always an adventure lurking out there in the next canyon. It must have been those wunderlust thoughts that led me to where I am today: hanging out at a friend’s house, so happy to have an in-exhaustible supply of heat, electricity and hot water. Outside, the camping rigs slowly disappear under a veil of snow. Tools lay about the floors, control panels open, exposing an array of colored wires and circuits. The mystery of why the camper furnace does not work remains to be solved. Today, I’m very happy to have friends.

Last fall I spent days taking a solar system off one RV and putting it onto a truck camper. Easy enough, right? Undo one system and rebuild the system on the adjacent rig. No problem. Several days later, most of the system worked, at least good enough to venture off to Moab. While I was comparing rigs with another on-the-roader, and talking about the wonders of a solar system and our array of six-volt lead acid batteries, I proudly opened up the door to the battery compartment and proclaimed "there it is!" As I looked into the compartment I was confused by the sight of daylight. The weight of the batteries had blown out the floor of the compartment. An array of disfigured staples and single-ply plywood shards were all that remained. Who builds anything with staples? Let alone something you'd put on a V-8 diesel truck! 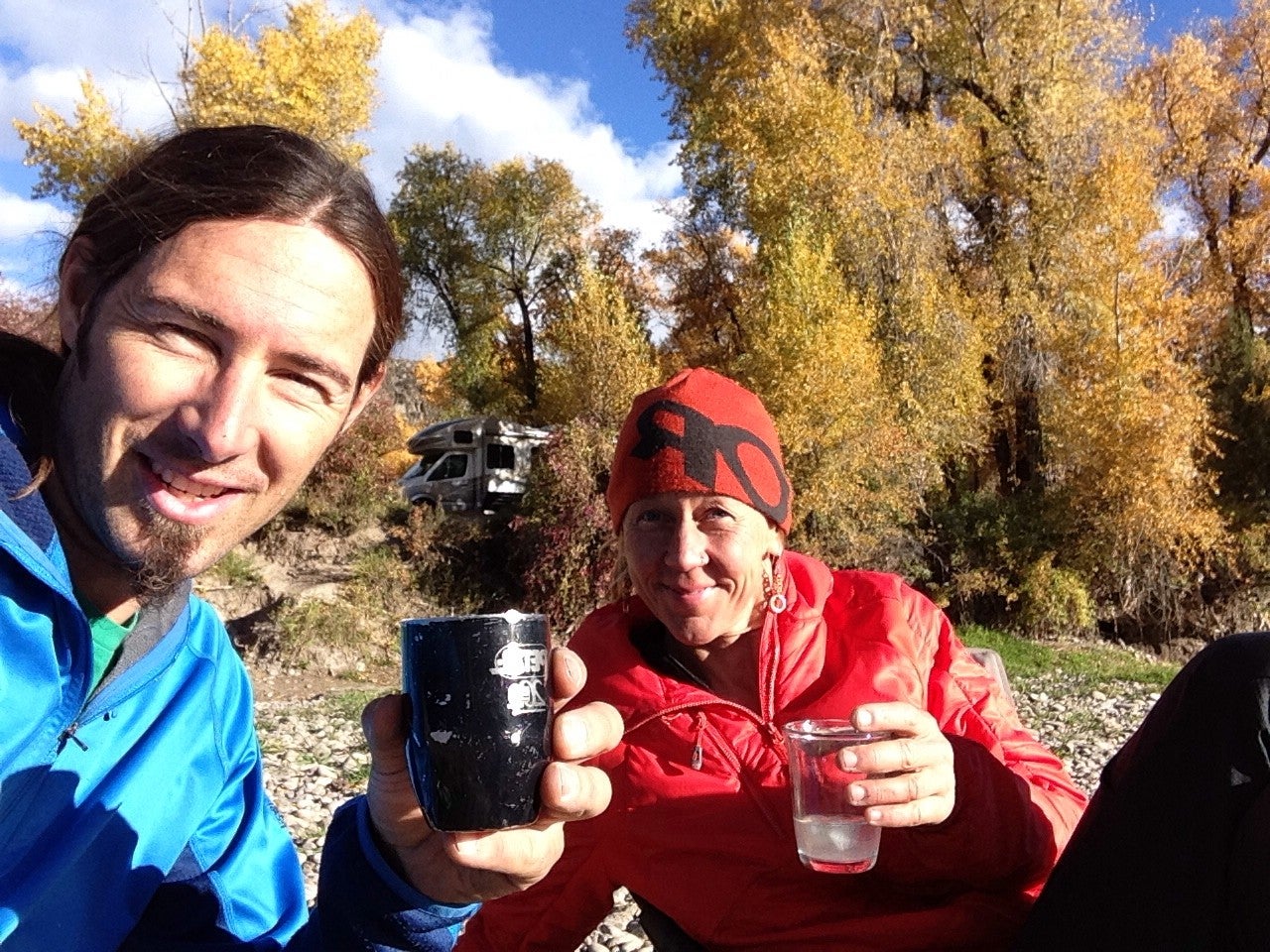 Being on the road means having to track down your mail occasionally. That’s never fun because almost nobody sends nice letters anymore. Getting mail is little more than a depressing pain in the ass. Someone wants money, someone wants you to buy something, some wants to get you more in debt than you already are. One by one, they go from mailbox through my hands and into recycle bin. A depressing waste of paper, and my time. Why must trees die for this? 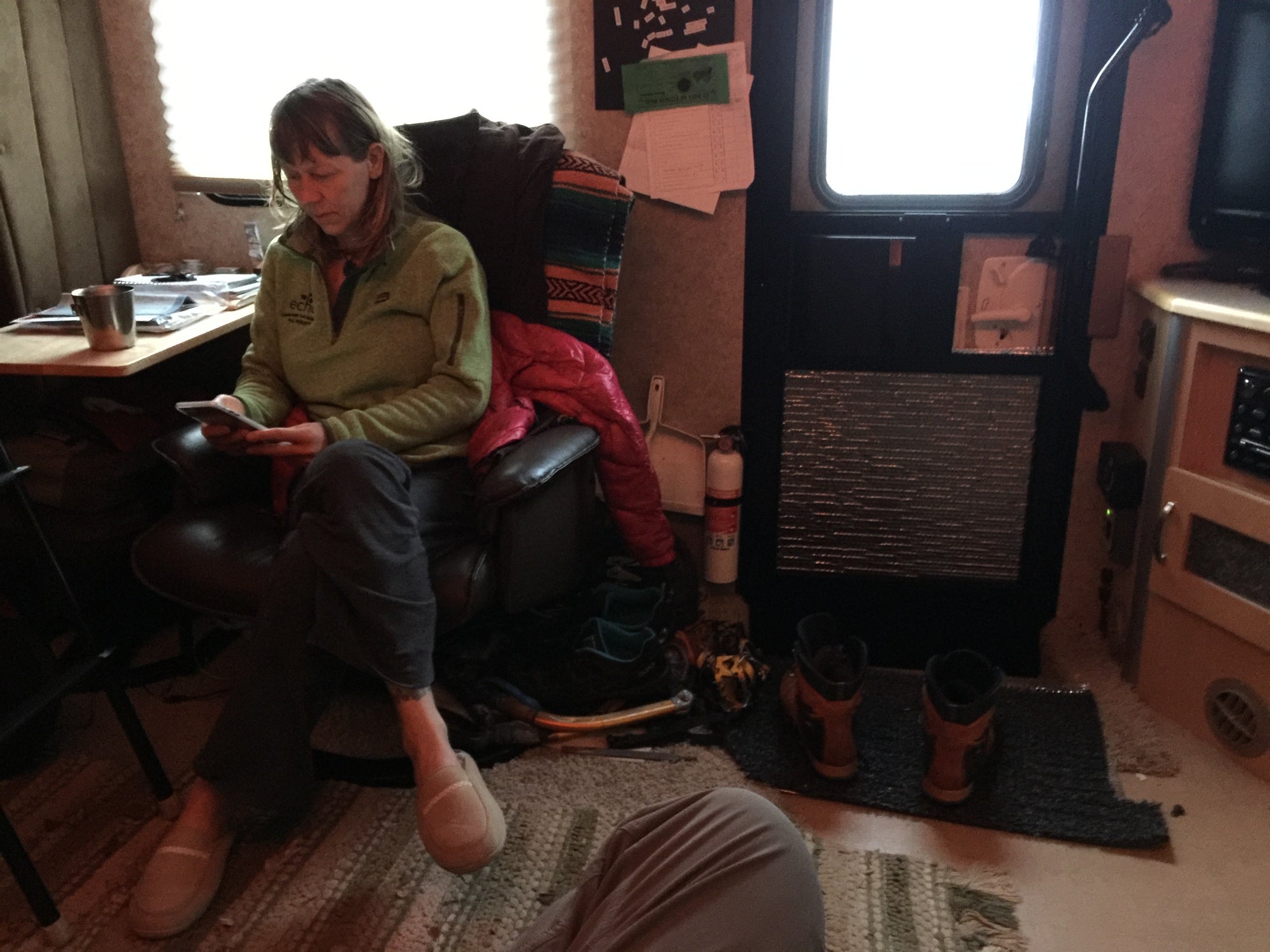 I've been so many places since we set adrift, I've lost track of the time and how we got from place to place. Changing environments is like changing seasons, and my internal clock is so confused. Seasons have shortened to weeks. Does this mean I’m aging faster, too? I think about drawing a line on the map of places I've been in the past year, but soon realize it will look more like a child’s scribble than the inspiring quest of adventure and conquest I had hoped for. And while the past has taught us lessons, it's the road ahead we must keep our gaze on.

Sometimes life on the road can make it hard to see beyond the narcissism of climbing. Why do we dedicate ourselves to something so wholeheartedly that does no one else any good? That said, I still love it and I still need it. It can pull me back into the present, and in the present is often the only time I can find joy. Climbing is also my community. My tribe of misfits, the lost boys from Peter Pan. Beneath the egos and internet trolls, there are some truly extra-ordinary people in our community. People who understand that a grade is little more than a poorly fitting adjective. People who know that being run out on marginal gear doesn't just occur on the rocks and mountains. 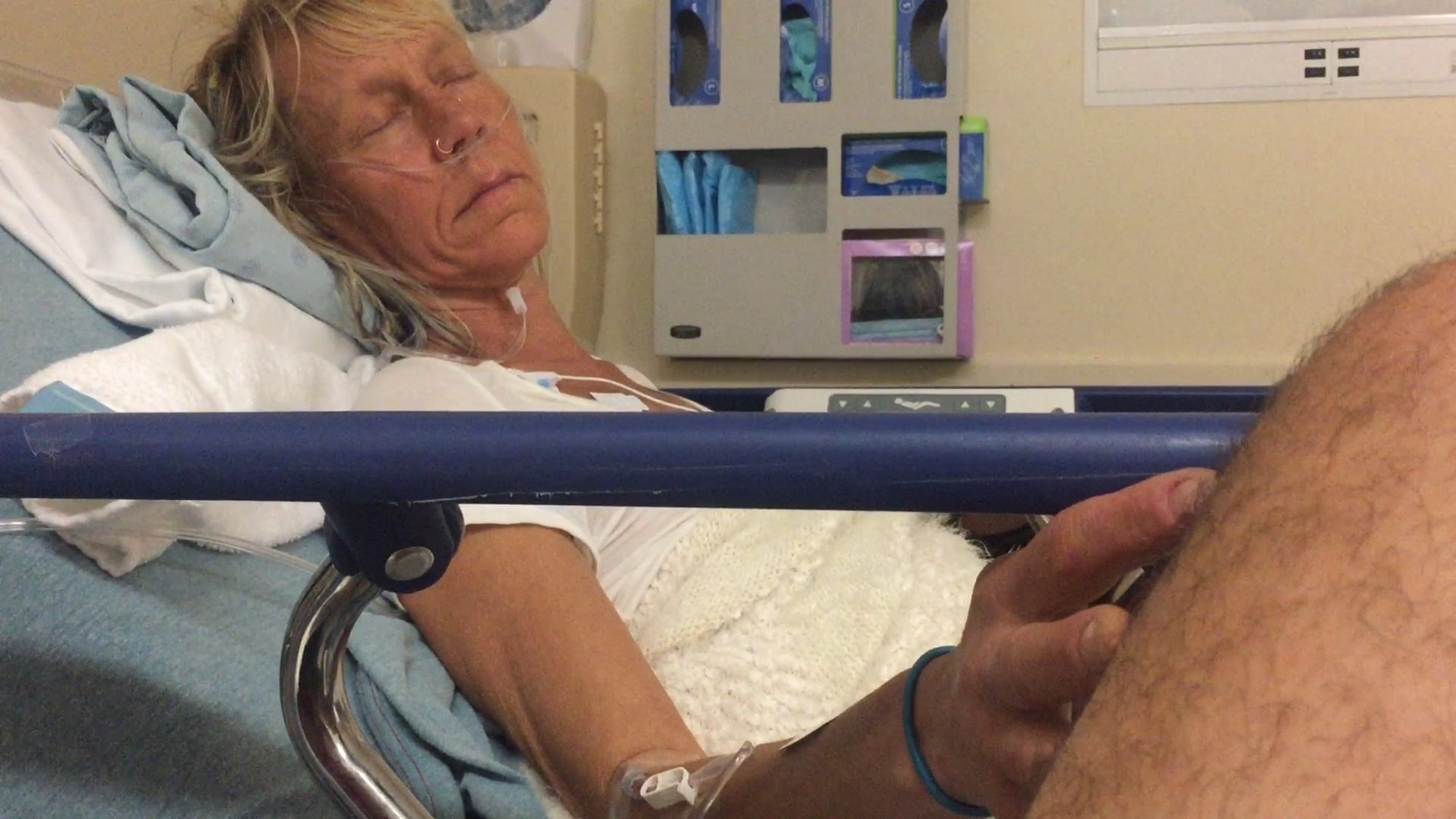 While climbing has its many real and present dangers, those hazards seem so trivial against the threat of long-term illness. It's not the loose rock I fear but the sound of the heart rate monitor and sight of the doctor shrugging his shoulders. Climbing has prepared me for this. It's taught me to be uncomfortable. It's taught me to persevere. The harsh reality is that there’s no summit, there is no send. You just hold on for one more day. There is only the journey, the passage of time. You try and make it special somehow.

Lisa and I talk of slowing down.  I guess that means not being somewhere new every week. Maybe every couple of months instead. Are we getting older? Or are the miles just wearing on us? I just want more regular climbing partners, and perhaps not having to drive around in search of where to park for the night. It's hard to say how we’ll come to grips with words like "routine." Some routines don't sound all that bad—like “exercise routine.”  That's not so threatening sounding. I guess we'll see what the road ahead has in store.