How Climate Change Could Affect Your Climbing Trip To The Alps 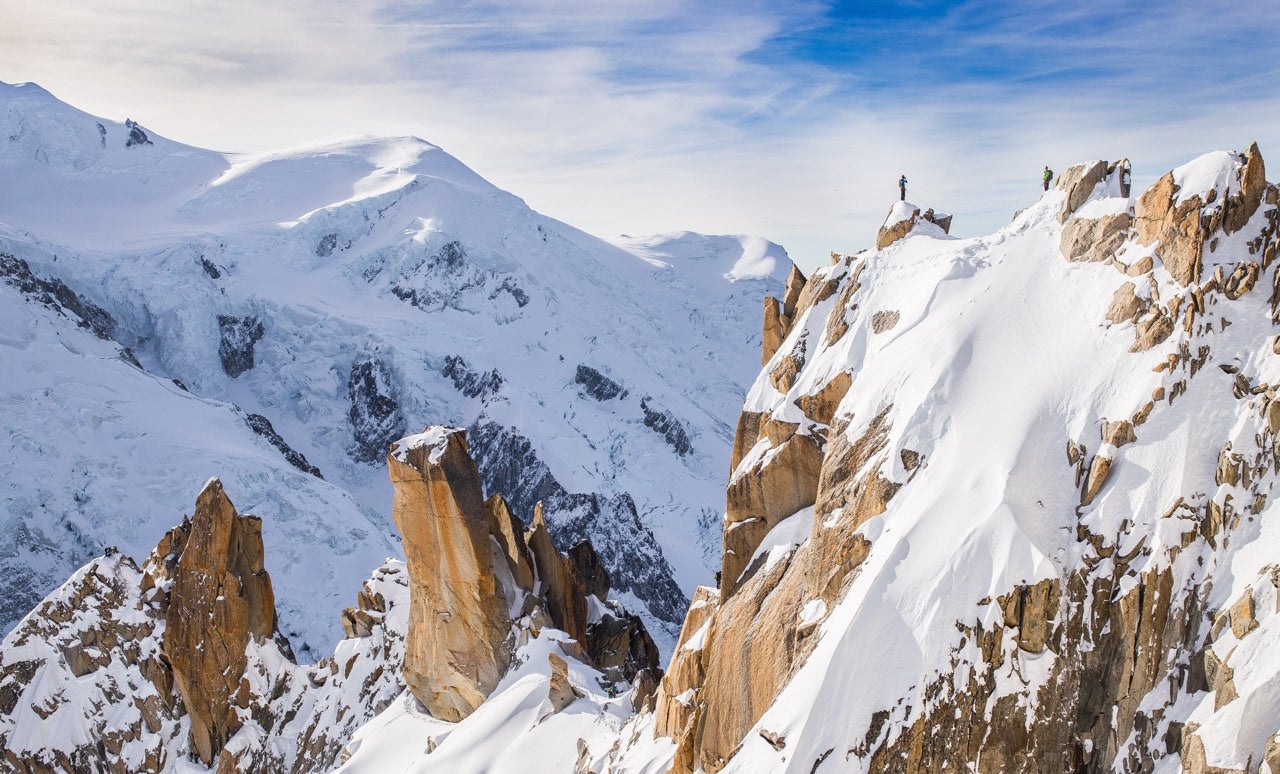 Climbing in the Alps is on the radar for many climbers—and for good reason. The access to the alpine terrain is unparalleled and the concentration of famous and historic routes of all levels is staggering. I’ve been climbing and guiding in the Alps for the past 12 years, and have been fortunate to climb many of the classics—but in recent years, due to climate change, I’ve noticed that more and more of these routes are rarely in condition or no longer exist at all.

The Alps are a dynamic and relatively young mountain range. It wasn’t that long ago that the Little Ice Age, which peaked around 1865, occupied the Alps, allowing glaciers to descend to the valley floors in many areas. Since this peak, glaciers have been in retreat and scientists predict half of the glaciers and permanent ice in the Alps will be gone by 2050. (European Geoscience Union). After experiencing the hottest heat wave ever recorded in Europe this past summer, it is not difficult to fathom this rate of glacial melting, and one can only hope the glaciers will last as long as predicted. Research suggests that the glaciers are retreating faster in the past couple of decades than they had in the previous two centuries.

RELATED: How To Get Started Alpine Climbing

What does this mean for us as climbers? As always, when planning a climbing trip, it’s important to be dynamic and do some research. We all have dream routes, but being prepared with a plan B, C and D is a good way to ensure a successful trip. Typically, as climbers, we’re worried about storms preventing us from climbing, but these days we also need to be wary of long periods of high pressure and hot temperatures, which can increase the risk of rockfall and render certain climbs unsafe. Rockfall is always a concern in the mountain environment, and is a natural part of a landscape that’s always changing and eroding. But the frequency of rockfalls events, large and small, seems to be increasing as summertime temperatures rise.

In Chamonix, perhaps the most famous hub for alpine climbers, summertime rockfall has increasingly become a problem. One of the most iconic peaks in the area—the West face of the Dru, sporting a beautiful 1000 meter-high granite face—has been the location of numerous events in the past couple of decades. This face was home to the famous Bonatti Pillar, and after a series of large rockfalls between 1997 to 2005, this iconic pillar was wiped out, leaving a massive rock scar easily visible from town. Rockfall on the classic Goiter route on Mont Blanc is also a regular problem and the route can be banned during the summertime. In the past couple years there have been many other important collapses, including the uber-classic Cosmique Arete and Trident du Tacul. A recent study looking at climate change’s effects on the routes described in The Mont Blanc Massif: The 100 Finest Routes by Gaston Rébuffat found that “among the 95 itineraries studied, 93 have been affected by the effects of climate change – 26 of them have been greatly affected; and three no longer exist.”

RELATED: Getting Away With It—If a guide tells a tall tale and nobody catches it, is it still a tall tale?

Rockfall in the alps is largely due to the melting of permafrost, the glue that helps hold many formations together. This process can take the entire season and geologists suggest that autumn can be the most likely time for large collapses. Furthermore, once a collapse has happened, a formation can be unbalanced, and other collapses are likely as the formation adjusts. This was the case with the Dru—there was yet another rockfall in the same area in 2011. Aside from large-scale collapses, when the freezing level—where temperatures still dip below freezing during the summer—rises, the snow either melts or can no longer support loose rock on the upper portions of the mountain, thus increasing the risk for smaller scale rockfall.  This summer, the freezing level spent nearly two weeks around or above 5000 meters, which is the longest I’ve ever seen it so high. As permanent snow fields disappear and glaciers shrink, they also often leave unstable rocks and blocks in their wake, as these areas have not been cleaned up yet naturally by weather and erosion.

Predicting rockfall is far from an exact science, but it‘s something that needs to be thought about more and more when choosing objectives, especially during summer months in the Alps. Simply getting an early start doesn’t cut it! While many climbers look to Rébuffat’s book for inspiration, many of these climbs are either no longer safe or no longer exist due to rockfall. Often many of the classic “mixed” alpine objectives are now better suited to earlier or later in the season when a lower freezing level is more reliable.

It’s also worth considering location when planning a trip during the summer months to the Alps. The jagged peaks around Chamonix seem to be particularly vulnerable to rockfall, as much of the climbing lies where the permafrost is melting. The 4000-meter peaks in Switzerland, which are often broader and have more mass offer a different style of climbing, but seem to hold out better during the heatwaves. However, none of the peaks are immune, and the massive landslide on the Changelo in Eastern Switzerland in 2017 is proof that even lower elevation peaks can be affected.

If a climbing trip to the Alps is in your future, it’s worth doing some homework beforehand. It helps to either be open to climbing anything that’s in condition during your trip or decide on what type of climbing you would like to do and then choose your season accordingly. Having some local knowledge can also be indispensable, so hiring a guide during your trip or contacting the Office of Haute Montagne in Chamonix would be advisable to get some current information. Lastly, I’m aware of the irony of this article suggesting global travel when reducing emissions is clearly the best way to battle the problem of climate change. Nonetheless, I think there are a lot of things we can do on a day-to-day basis that can help offset travel.