How To Beat Impostor Syndrome On The Slopes 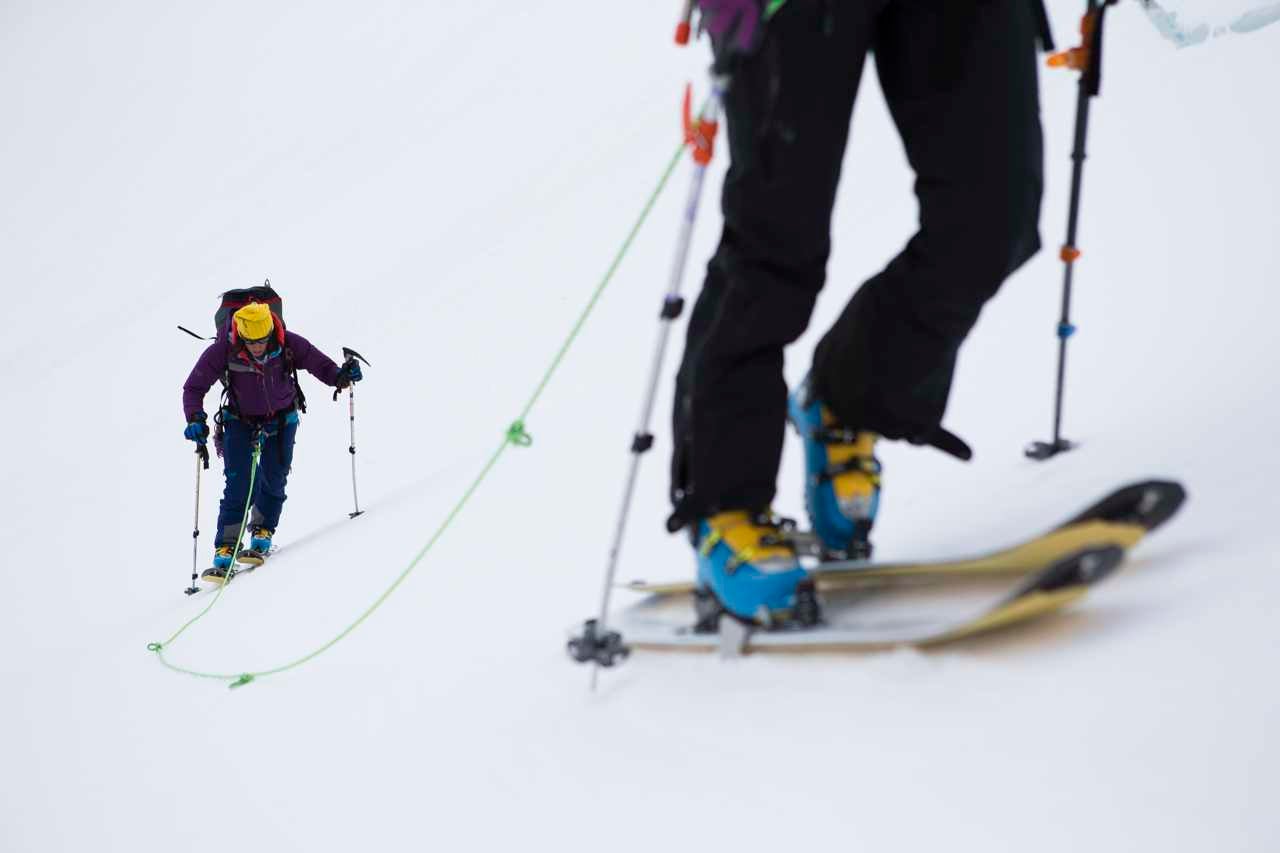 When mountain guide Sheldon Kerr spent last spring in Chamonix training for guide exams, she kept looking at her training partner, ice climber and ski mountaineer Emilie Drinkwater, and thinking how badass she was—and how in comparison, she felt like she didn’t belong there, that eventually she would be found out. So she was shocked to find, after a couple of weeks, that Drinkwater actually felt the same way about her. Kerr realized they both had a case of “Imposter Syndrome.” It’s an issue bubbling up in the media a lot lately, as research continues to reveal that women struggle with self-doubt much more often than men, and how they handle it can affect the success of their careers.

Kerr and Drinkwater realized their outlook could be holding them back from successes in the mountains—and in their careers. Picking up a copy of The Atlantic as she boarded the plane from Chamonix, Kerr fortuitously opened it to find “The Confidence Gap,” an article by Katty Kay and Claire Shipman. They spoke straight to the “imposter syndrome” she’d experienced among the guides in Chamonix.
“As women, we have believed that we don’t belong, among IFMGA mountain guides, so we legitimize our own inferiority,” Kerr says. “It’s reinforced because we feel defeated before we even start. Fewer women do it, so we have fewer role models, and it has become a cycle.” 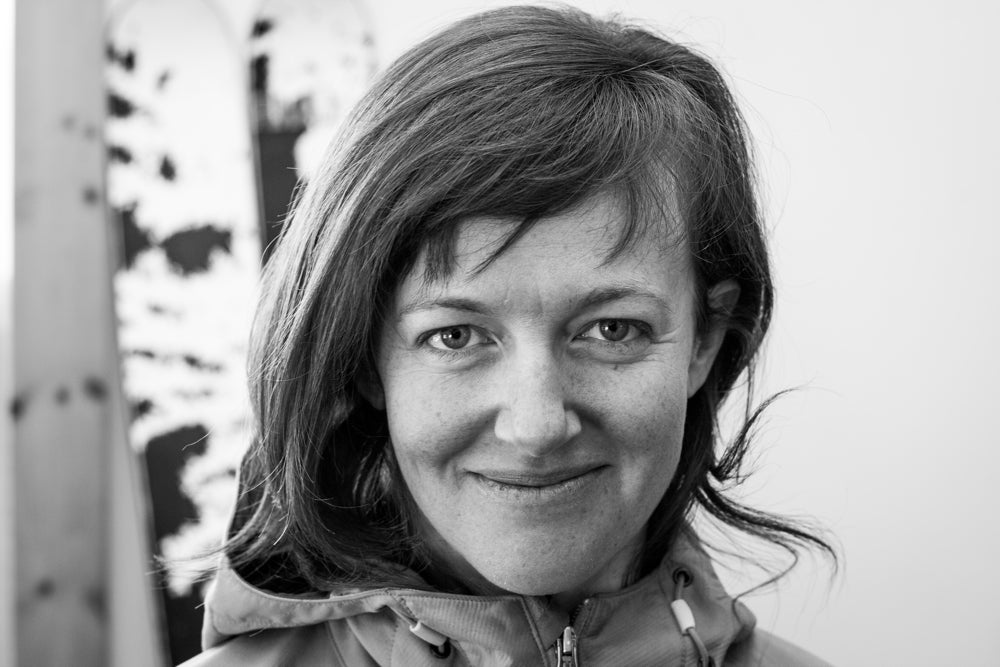 When Kerr took off for a ski mountaineering trip in Alaska’s Wrangell and St. Elias ranges, she was handing out copies of the article to her friends and partners on the trip, determined to break through those psychological barriers. Her training, determination, skill and newly applied confidence led to a series of first descents—and a hot stoke for sharing with other women how they can break through imposter syndrome. Here’s what she learned:

Own your successes just as you would your failures. “We so often attribute our successes to the snow being perfect, or the crack being just the right size, or great weather,” she says. “In high school, I got a really high SAT score. And I would always say it’s because I’m good at taking tests. Good at bubble sheets. But actually, maybe it’s because I’m intelligent and studied hard. So now, when people ask how the Alaska trip went, I’m trying not to just say, the weather was great or the helicopter dropped us at just the right spot, but to acknowledge I picked the right partners and trained and prepared for years.”

Look for objective feedback, so you can be accurate, not boastful. “We’re often so self-conscious, and made to feel self-conscious about being prideful,” Kerr says of women. But to progress in the mountains, or in a career, we need to be able to look at our performance from an outside perspective. “It was crazy going through the footage from Alaska, to be able to witness myself. At the time I thought I looked scared, I felt scared, I felt like I was going to fall. But then watching it afterward, I was like, wow. Witnessing yourself from the outside, rather than just experiencing a ski line and processing it and coming to conclusions about how you skied it, can really help,” she says. 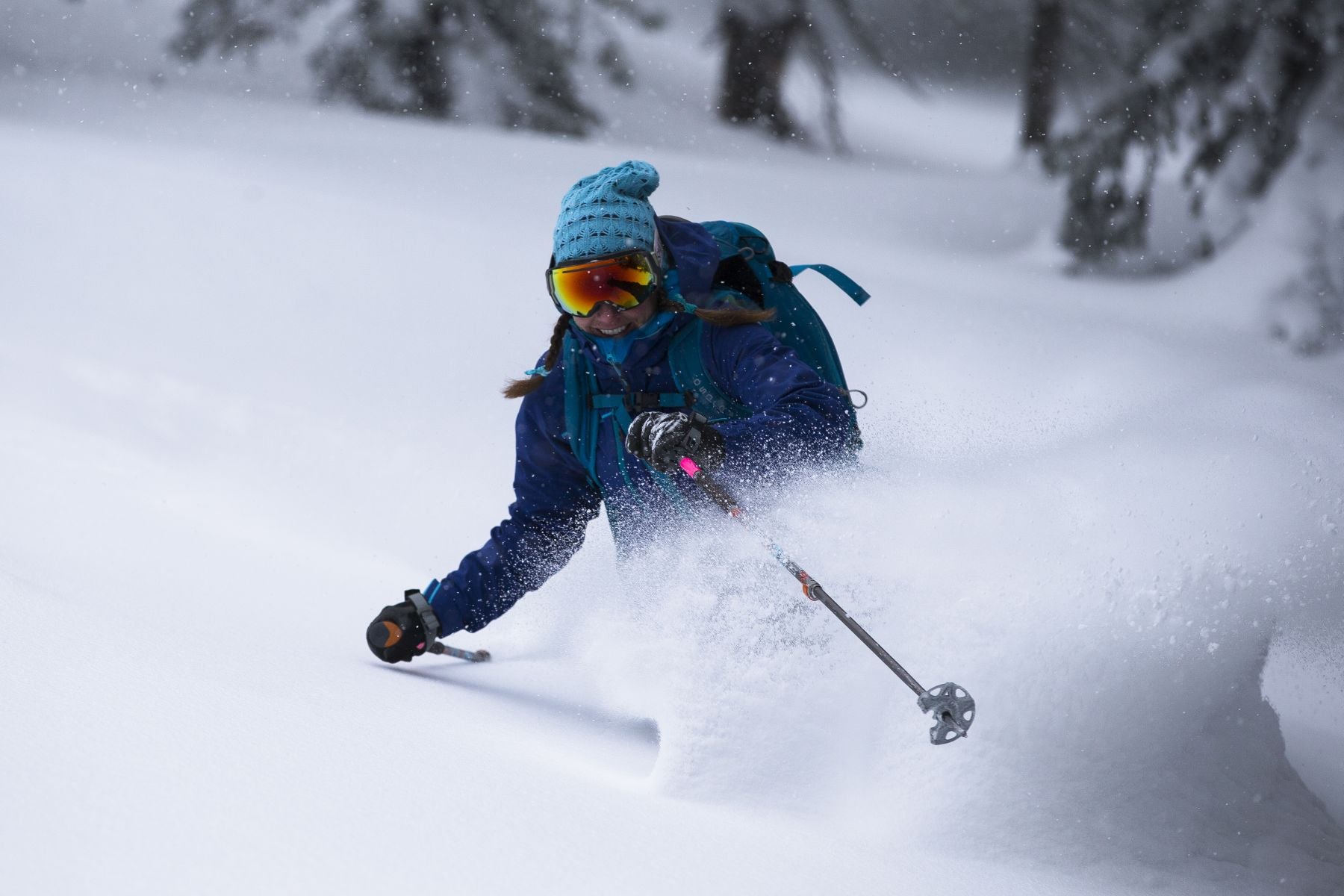 Don’t turn other people into frauds. It can be easy to make excuses for why other women are successful instead of simply giving them the credit they deserve, but that doesn’t help anyone. “I’ve worked really hard recently not to put women and athletes I admire on a crazy pedestal. Respect, admiration and psyche are really important and motivating. But when you perceive them simply as gods, you discredit the hard work they put in to get where they are.”

People will believe the attitude you project. Feeling like an imposter on the slopes? Or at the crag? If you don’t say so, nobody else will probably notice. “I’ve noticed that when I’ve articulated that I don’t think I was good, or good enough to be in the company of elite athletes or guys, that my peers in that group are more likely to agree with what I say out loud. They don’t know you have any self-doubt. They’re probably just thinking, holy shit, this person is crushing.”

Put yourself in positions where you’re challenged. “As I get older, I get less afraid of having my inadequacies exposed and more afraid of short selling myself. It’s like not taking a science class because you’re afraid you’re ‘not good at science,’” she says. “I’m always trying to challenge my self-perception and put myself in circumstances that can reveal it to me, like doing something that’s hard to challenge myself instead of saying I can’t do it, it’s too hard. What if there are all these things that I’m capable of, that I’m not trying?”